Hi All, Im hoping someone can help either alleviate concerns or have a solution and some feed back would be most appreciated!
I have a new batch of 6 chicks 4 weeks old. There is a golden laced wyandotte. She is much smaller than the rest of the chicks, She is about the same size as a silkie (bantam) in the flock while the other in the flock are almost double that size. She poops normal, eats normal, drinks normal, plays, challenges, flys, She is active, though not as feisty as some of the others. I noticed the top of her beack is not formed and smooth like the others...it has a grey mottled hue, and kind of wrinkly, like a raisin. her comb is developing like a pink mush and looks more like sore skin than a comb. the other's beaks are shiny, defined, whith a ridge and combs are forming normally. but hers is wrinkled and flat. I may be paranoid now about these but here are some other syptoms...She seems to be scratching her face and shaking her head more than others.
So:
Smaller than others
top of beak looks wrinkley smushy and grey like a raisin. bottom of beak and nostrils look normal
comb doesnt look like its developing, looks like sore skin
shakes head
scartches face with foot
otherwise poops eats drinks behaves normally
Photo attached...Thank you in advance for feedback and help! 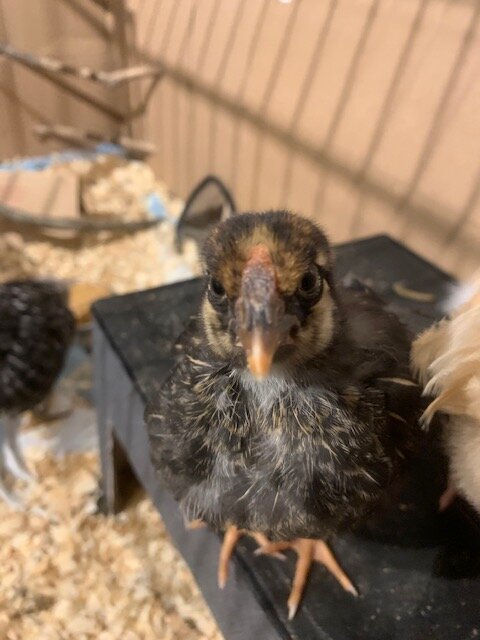 From the photo it looks like a normal wyandotte cockerel and probably a bantam as you said it is smaller than your others. This is a rose comb type I think and is larger and pinker because it appears to be a male chick. It all seems to be completely normal, just a different type of comb. There are several different kinds but the straight or single comb is most common.

I have a golden laced as well, and this is a normal comb! mine grew a little slower than the rest. no need for concern!

Agree with above posts, and wanted to add that depending on where you get your chicks, the genetic lines are often not pure, so you can have unexpected combs for some breeds sometimes, that aren't the standard for that breed. Your chick looks normal to me, it just doesn't have a single comb which is what it sounds like the others have.
Here are some pictures of different comb types. 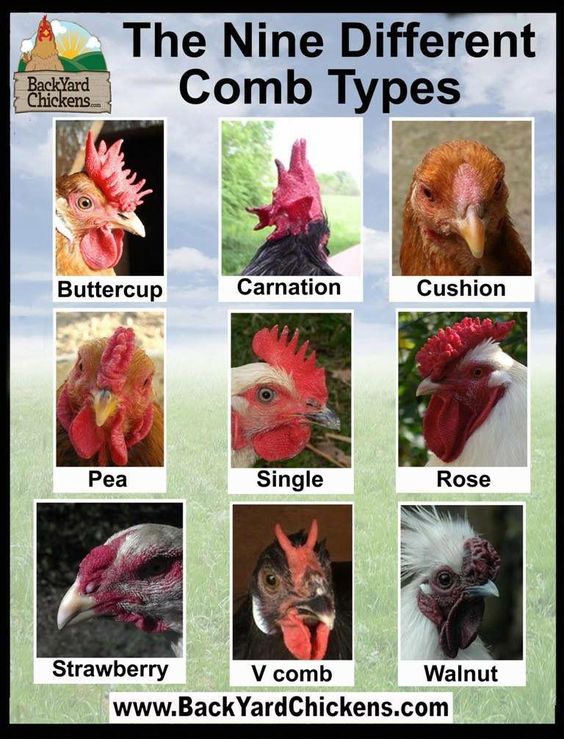 Thank you so much for the reassurance, it does a mommy good! Although its a big oh-oh re being a roo.

I dont live in an area where crowing will be well tolerated and would hate to give up Pinapple, cause s(he) is so sweet! I have grown chickens I've inherited but this is the first baby flock! BYC has been a wonderful resource for the many questions that have come up!