This is the last surviving chick from my olive egger project attempt. I only got three of the eggs to hatch. One drowned in the duck pool, one my dogs accidentally stepped on and broke its neck (!!), and then I have this creature left. The mother is an Easter Egger and the father is a cuckoo Marans.

First I thought it was a rooster because it had a bright red comb from a young age, but the comb was really small. It also has ridiculously long legs, it's so tall. Then a few weeks ago I saw both of my roosters mating with it and thought oh yay it's a pullet!

This morning when I opened the coop it comes busting out and immediately starts chasing and mating with the hens.

Someone is confused. I don't know why the roosters would mate another rooster or if it's a pullet why it would do the deed with the hens! My birds have never had gender issues before.

It hatched in the beginning of August, so it's...about 6 or 7 months old now? No signs of crowing so far, and it's not doing the hen squat for me either though the roosters did get it to submit. 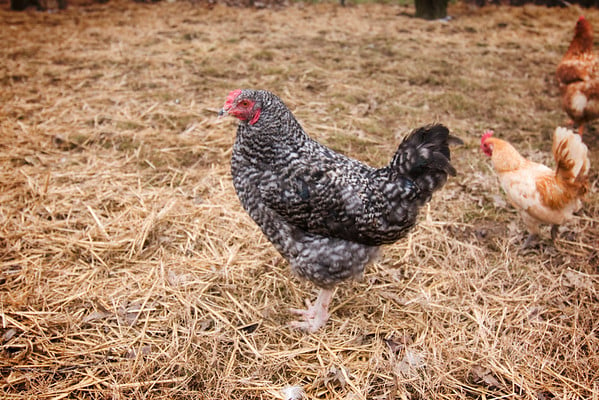 Looking at this picture I can see that its comb has grown quite a bit in the past week or so...maybe it is a rooster? 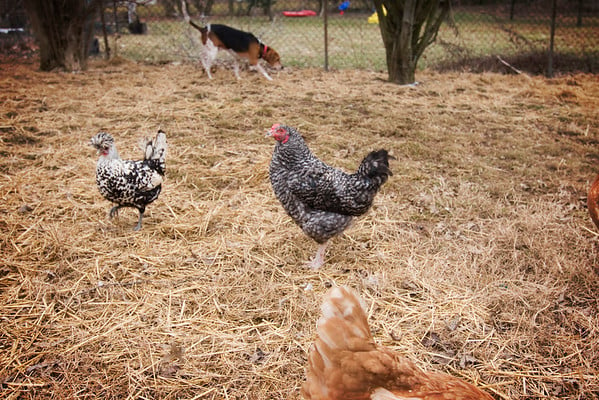 You can see it's about twice the size of the Spitzhauben pullet. 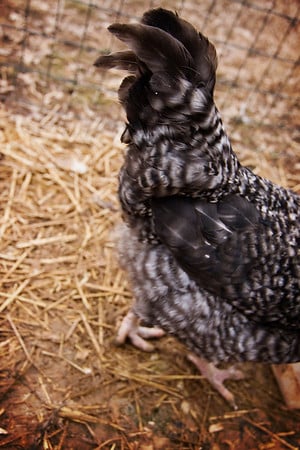 
What do you think? I'm keeping it regardless, but I'm so curious what it is! I'm voting for rooster. I would be convinced if I hadn't just seen my other roosters mating with it.
Last edited: Mar 1, 2010

in the big freakin chip truck

im betin its a roo

Looks like saddle feathers in that first pic so I would say it's a roo.

That there is a roo-let. More dominant males may mate it as a sign of dominance. I used to have a roo who did that--gave him away--I was tired of seeing my nice boys run SCREAMING for protection from the monster.

Quote:
This is interesting information...considering my little bantam rooster is the one who keeps forcing this bird to submit and take it most often.

I would bet my last dollar on it, that there is a Roo you got there.

I also have had one of my Silkie Roos mount one of my other roos once.

He was just a young one then. Guess he did not seem to notice that Alpha male Roos don't like to be mounted. Considering my Alpha male is a R/R it did not go over well.
Poor little Silky learned reeeel quick ......... who NOT to mount.

Is this a silkie rooster or a hen?

S
Pls, What Breed is This?