Trouble in the hen house

I was left with one hen a Lavender Australorp, so I purchased another rooster, a Rhode Island Red, a Buff Orpington and a Golden Laced Wyandotte all was well for about two days then the rooster started attacking the older Australorp to the point her head is bleeding, her comb is almost gone and she will not leave the coop. I believe they all stay in the coop at night but he won't let her out during the day. My wife wants the rooster gone, my granddaughter is crying and I am at my wits end. I believe the rooster crowing is what makes our little farm a farm, that's why we got chickens in the first place so I am hesitant to get rid of him. Somebody has got to go. Any ideas on rooster behavior?

The problem is your original hens is a stranger to the new birds. They will attempt to drive her out or kill her. You should separate them by a fence so they become familiar with each other first before introducing the rooster to the original hen first, before adding the new hens into the mix. It is a slow process that shouldn't be rushed.

I had a rooster that behaved badly with one of the hens. I gave him away and bought a dozen chicks instead. Two of them ended up as roosters and seemed to handle the hens pretty well. They all free range during the day and share the hen house at night. I don't see any reason to tolerate bad behavior in a rooster to the point of it injuring the hens. I have given away roosters a number of times.

I'd try separating the rooster for a few weeks within sight of the rest of the birds. See how that goes. If you put him back in and he attacks her again, I'd find him a new home. The other option would be to rehome or process the older hen if her life is going to be one of constantly getting beat up at your place. There are other roosters out there that crow and can make your farm sound like a farm.

I also agree with Old Hen Likes Dogs. If you take your time introducing new birds by keeping the separate yet in close proximity they have a better chance to get used to one another. Chickens can be brutal in establishing a pecking order.

I put new chickens in cage and put cage inside chicken run area.At night I put tarp or old blanket over cage to keep chicken from getting cold since it isn't sleeping with others for warmth.After couple days I open 1 of doors to cage and let chicken go in and out till she is accepted by other chickens.the whole process takes less than week.Works every time no chickens get hurt.here is cage I use 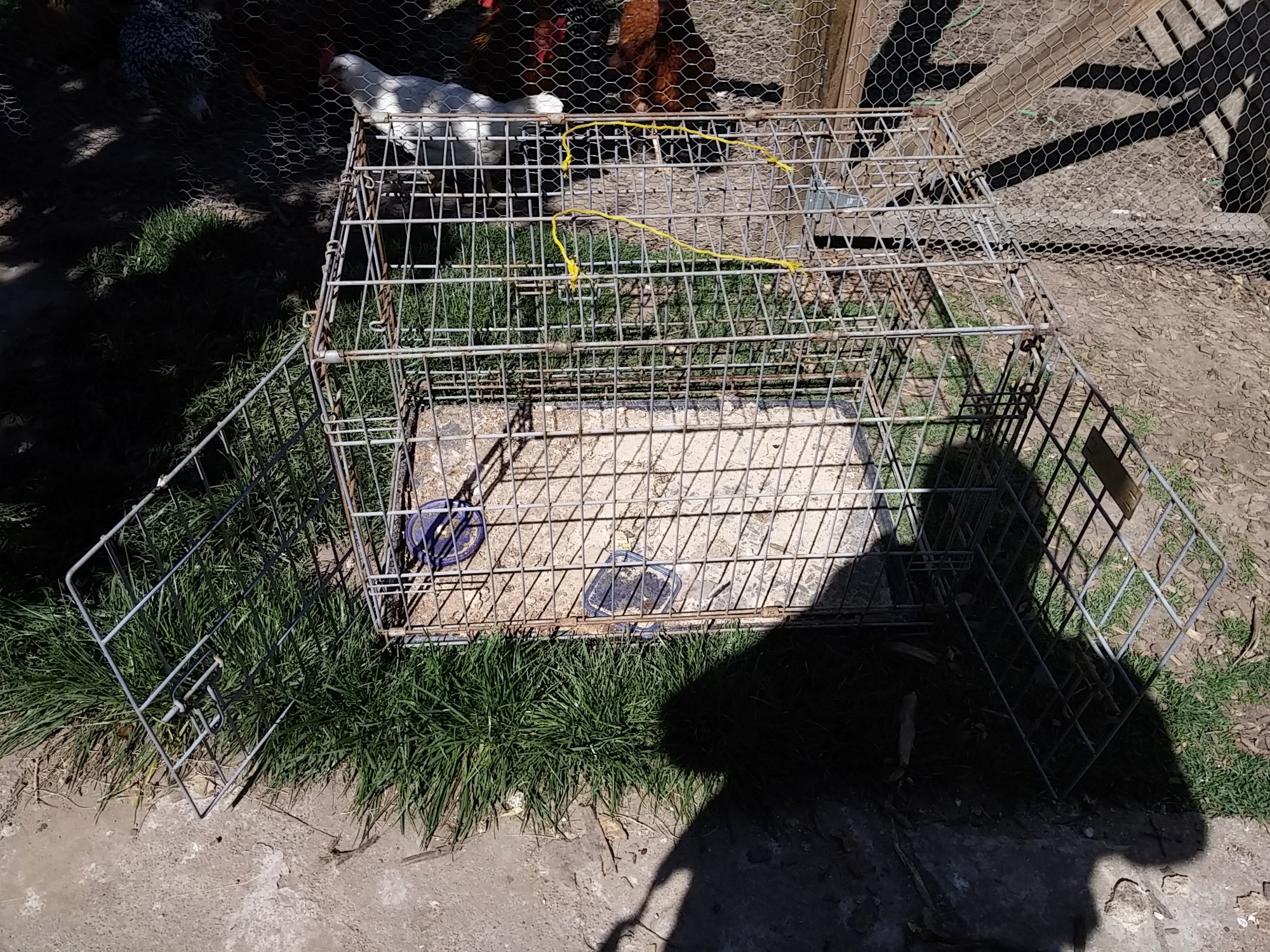 ? about hereditary broodiness of crossbred chickens