okay, i have two chickens i am asking about the first, Spoons, is a mix breed and about 2 or so years old and she is greatly lacking in butt feathers, has had some laying issues and diarrhea. She is the first picture. They did just recently have a long run of eating apples that had fallen from the trees, which is what we were thinking the squirts were about but they might not be as i picked up 95% of the apples recently (they fill up on apples rather than laying pellets and egg production goes off). The other chicken with issue, Forks (yes they are litter mates and were inseparable in their earlier years), also about 2 or so, and she has had an issue with a loss of feathers at the base of her neck, as in all the way around. The picture does not do it justice. At first we thought she wore them off sticking her head through the fence but i am not thinking so now. For the record, Forks is in the upper deck of the pecking order. I hope the pics i am including, the first one being Spoons and the second Forks, are helpful and any advice i could get would be well appreciated. 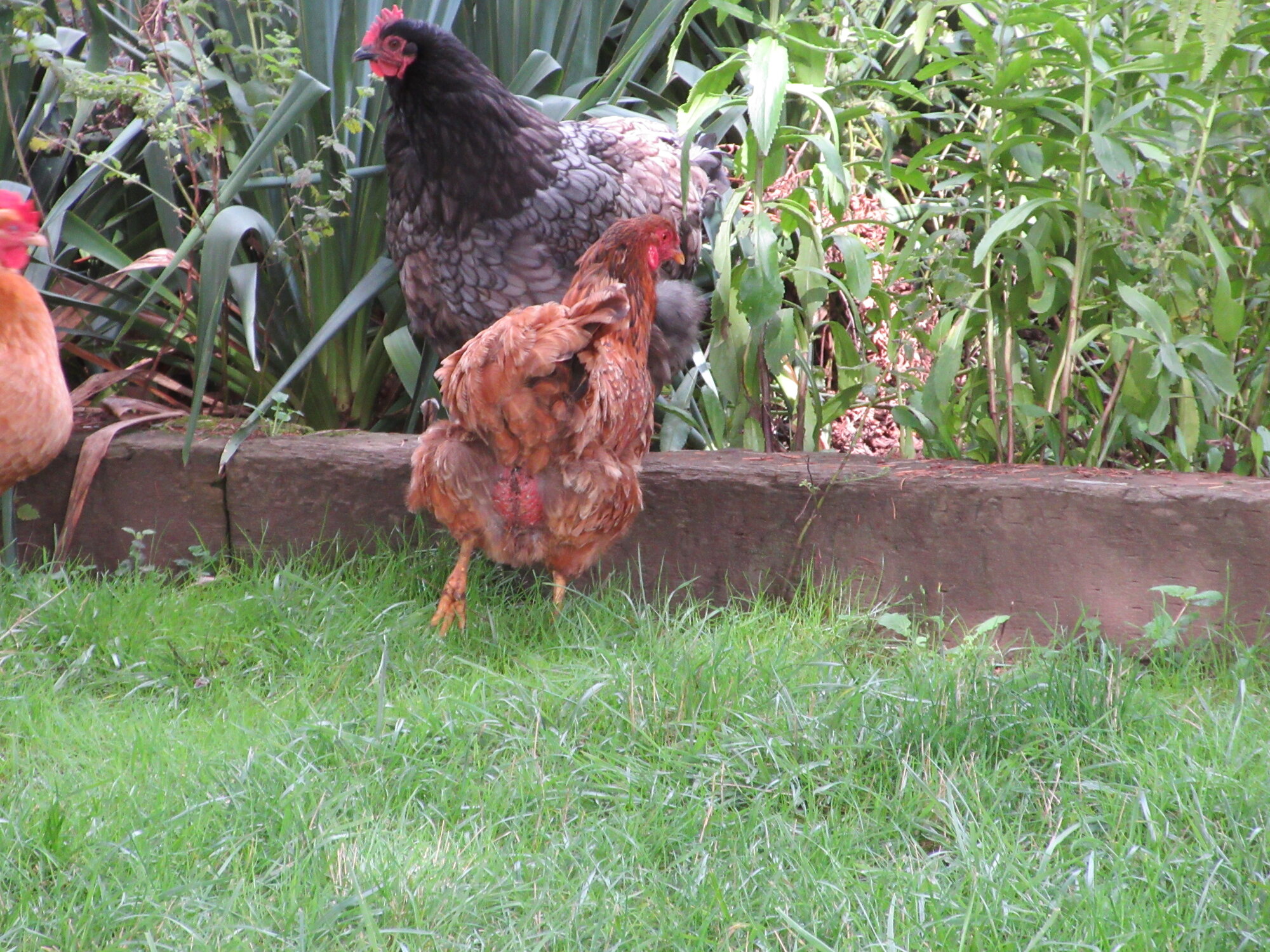 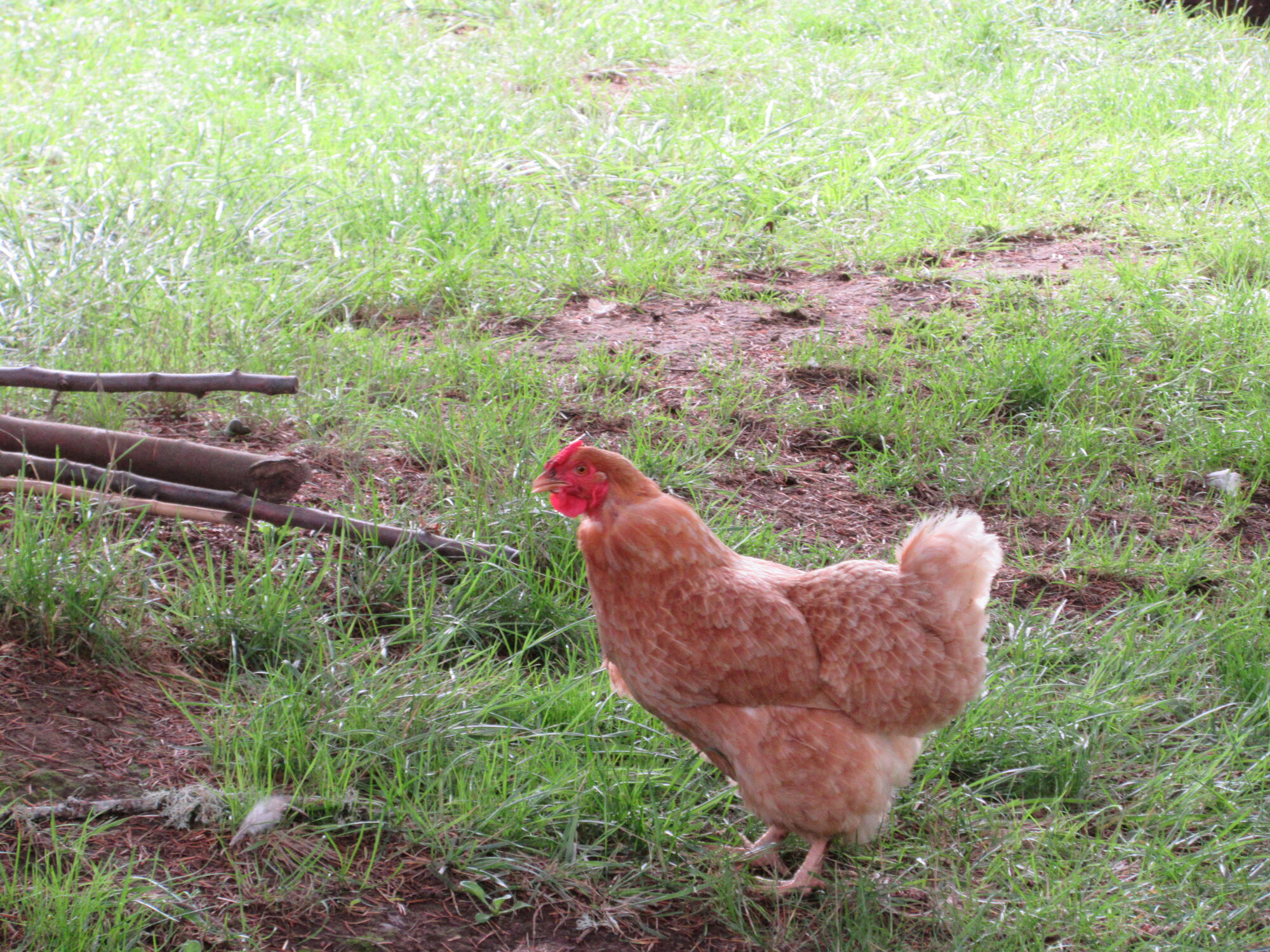 Your two little friends appear to be at the right age for their first molt. Unless you live down under in NZ or Oz, this is my guess.

To verify molt is likely underway, look at areas of thin covering. If you see uniform pin feathers poking up out of the skin, this is what's going on.