Using a Cot for a Coop. Almost Finished! :-)

I found an old cot (I'm not sure what you call them in america but I know it's something different).
Anyway, I pulled out a couple of the bars to create a doorway and then nailed in ply all around the cot. Added a removable roof and voila! 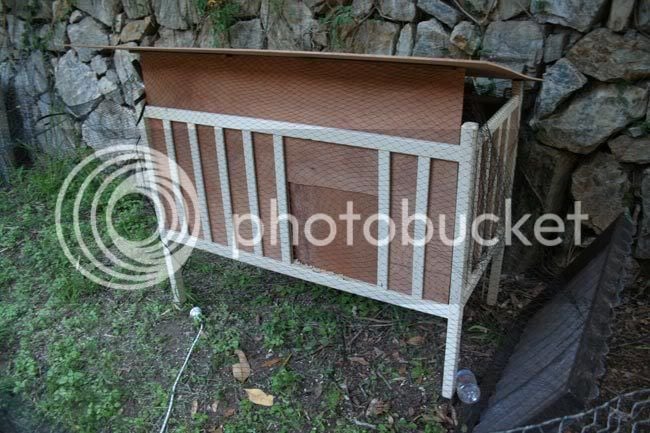 Here's the temporary run we made. We had to get the 2 chicks out of the laundry they were huge and wouldn't shut up. They hated it inside and looooved being outside. 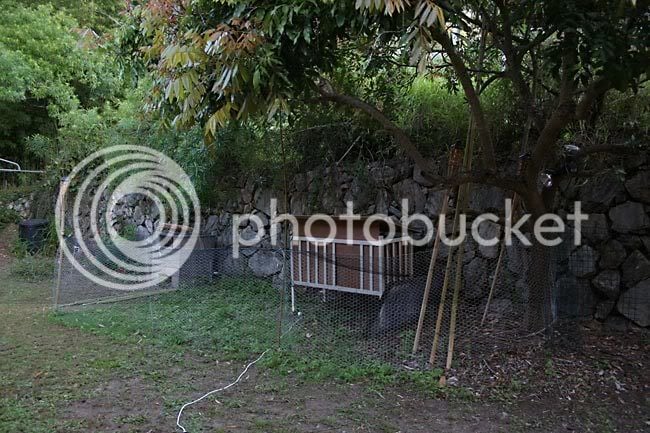 We're going to replace the bamboo with actual star pickets and make the wire taut so it looks better. The bird netting is a must as we have a lot of butcher birds that like to attack the little chicks. 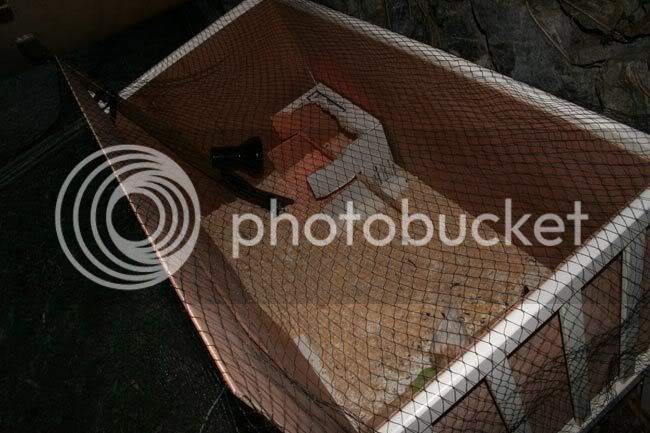 In the floor of the cot, I knocked out a section (which you can't see in this photo) and I'm going to put mesh over it so spilled food can just fall through. There's just cardboard there at the moment holding up the food.

I haven't made up a ladder yet for them, so when they're outside in the day I put their food/water outside for them.
Also, I haven't put a permanent roost in there for them yet, but they seem to like sleeping on the top of the box for now.

It's all very temporary, and once it's all painted and looking spick and span I'll post some more photos.

Thanks for looking
Vicky

Cute idea! It looks like a baby crib. Can't wait to see it all finished. I love the stone wall behind it, very nice. What is a butcher bird?

Crib! That's the word I was looking for. Yep it's the same thing as a cot over here.

We're just renting at this place, so unfortunately I can't take credit for the retaining wall. But I do love it.... it looks gorgeous in the afternoon sunlight. Also the land above the retaining wall is ours too, so lots of space to have fun. Even if it is a bit overrun and bogan-y.

Actually, as I was searching for a link to show you what a butcher bird is, I realised I meant Indian Myna Birds. They're a pest here in Australia and are sooo annoying! Here's a pikky.
http://www.abc.net.au/science/articles/2004/04/08/2044900.htm?site=science/scribblygum

Oh and that's our furnace off to the left, that we never use - I might have to block that up so they can't hide in there when we let them out.

Thanks for the info on the myna birds. They sound dreadful!

Here in america it is pigeons and starlings that are the "rats" of the air.

When I was a kid my folks would pay me a nickel for every dead starling I'd get with my pellet gun.

Crib is an interesting coop...

You'll probably need to remodel a bit as the girls get older.

I think the crib coop is a wonderful idea. I love how you have by that stone wall. What kind of chicks will be living in it?

At my age I hope that is the only use I see made of a baby bed. Old Rooster who doesn't need any more people chicks.

Oh those birds you linked sound horrible! Remind me of the mocking birds here (if only I had a pellet gun at 2am

Are kangaroo's predators of the chickens? Prob a dumb question but I'm curious

Quote:
Here is a picture of a ladder I put in their run. I got the idea from a friend who made one the same way for his raised coop, as preditors can't negotiate this type of ladder. Click on the picture if you want a larger image.