On Saturday my 16 week pullet Daisy, started hobbling around. She seemed well enough except she couldn't walk and the her right side seemed weak. Vet was out on Wednesday and said no broken bones, didn't look sick so maybe soft tissue damage.

I've kept her isolated so she doesn't get run over by the younger chicks I have. Today she isn't breathing well. I had sand in her crate which I think clog her nose. I cleared what I could see with a Qtip. Short while later - she perked up a bit and ate and drank some water. I change her bedding to straw and now just a few hours later, she seems to be having trouble breathing again. I don't feel any obstructions, and I'm at a loss. She had baby aspirin in her water - could that be doing it?

I've brought her in as it's getting pretty hot out and keeping an eye on her. What can I do next? She's a sweet girl and seems to really want to fight on. I just don't want to make her worse and stress her out.

What can do?? I really don't want to loose her!

I hate to bring up the dreaded Mareks disease, but do you know if she was vaccinated? How old is she? Injuries to legs are the most common cause of lameness, but if her whole right side seems weak, I would think about Mareks or a stroke. Is she having any nasal drainage, or is her nose clooged because she is not getting up? So many things can affect chickens, from injuries to vitamin deficiencies, to reproductive disorders. It may take some time to figure it out. I would continue to keep her close to food and water, encouraging her to eat by offering some chopped egg and maybe a little wet feed in a bowl. A chicken sling for several hours a day could help get her up and able to eat and drink easier. 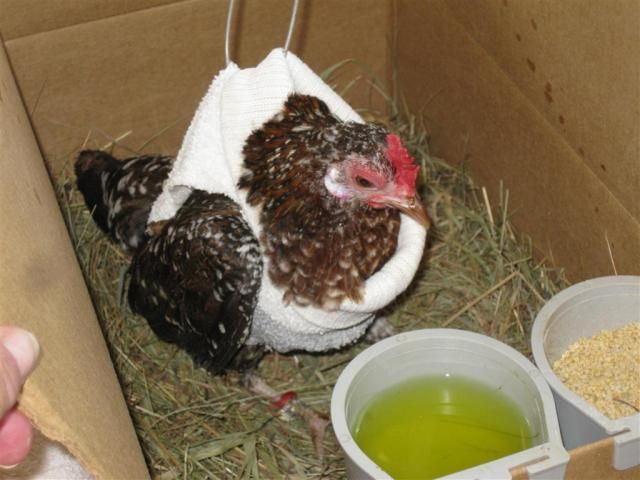 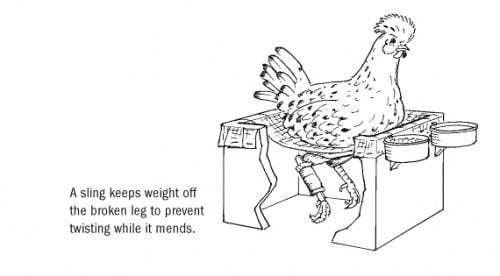 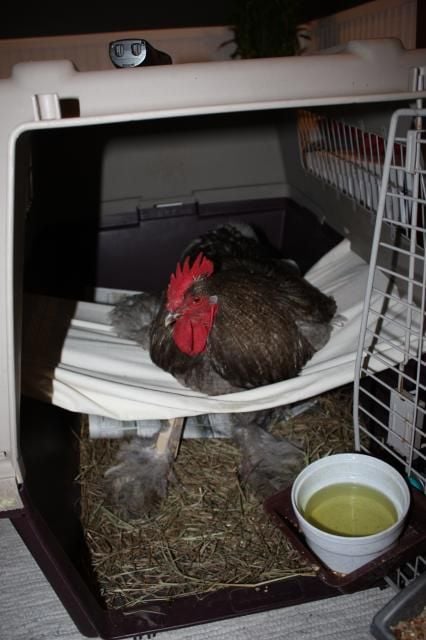 Thank you!! This is a great idea and I have her in a crate so should work very well.
She was vaccinated but of course Mareks was the first thing I saw when I started researching. She is my first chicken. I got her, another pullet 16 weeks and 5 chicks at the end of April all from the same breeder.
My vet said he couldn't feel any broken bones. Her nose is not clogged now but this morning, it had sand in it. My fault - I had it in the bottom of the crate thinking it was more comfortable for her as she seems to want to lay on flat surfaces. I've now switched that to straw and about to change it again to shavings - suggestion from my local feed store.
I treated them all with a super booster few weeks after I got them because they had some runny poops. That seems to have cleared up. I'm going to put her back on it for a few days along with baby asprin and hope that helps with any infection I can't see or hear.
She seems to have moments where she is on deaths door and then an hour later is preening, eating and drinking.
Thanks for the sling idea - I'm going to go rig that up right now.

Let us know how she gets along, or if you need any help.

So she pushed herself out of the sling and is now so weak. Her legs are the only thing that she has any strength in. She sort of pushes herself around the crate. But she can't stand on them. She eats and drinks but she seems to fall asleep while eating. She is not improving. What is the most humane way to put her down?