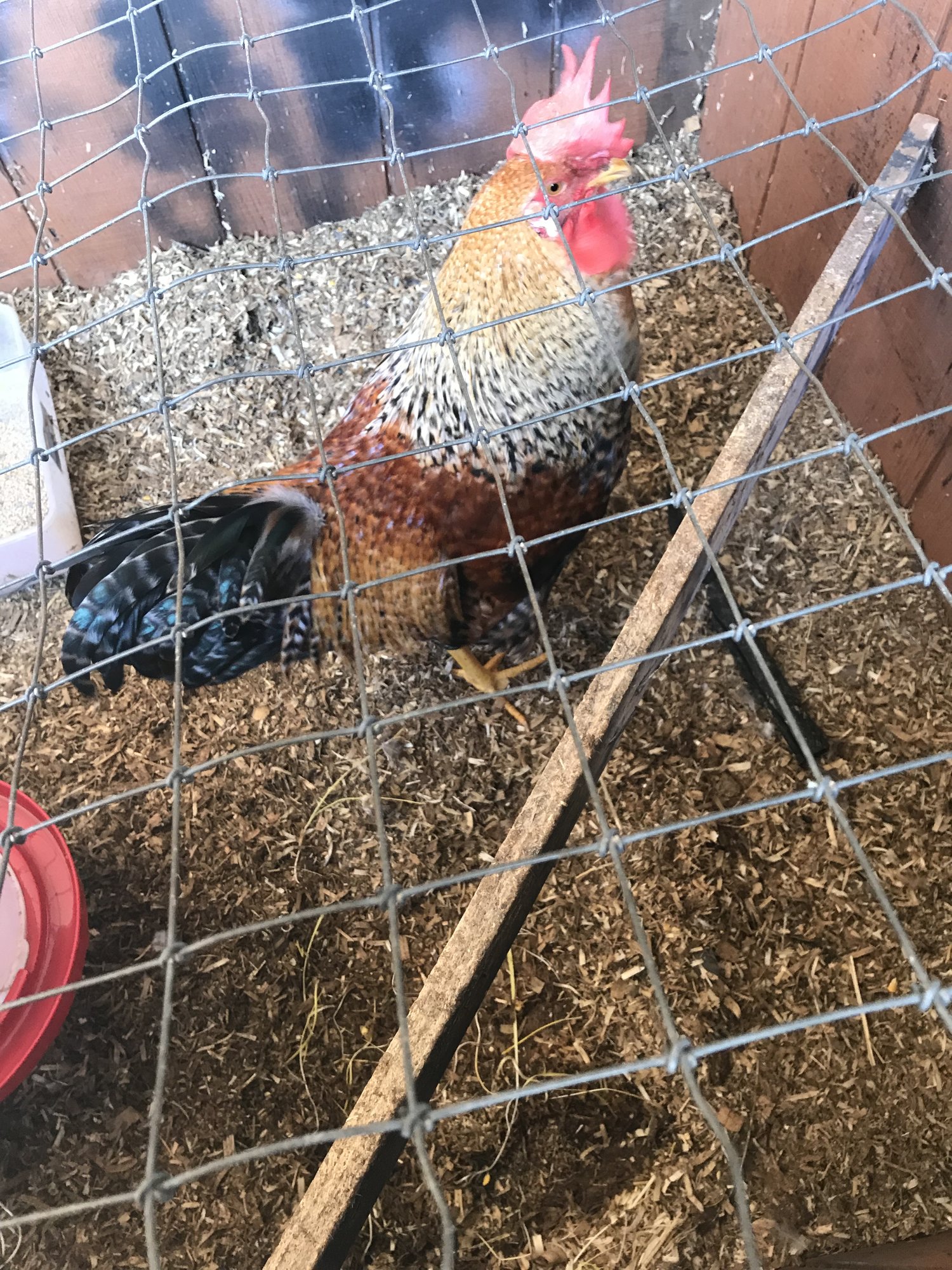 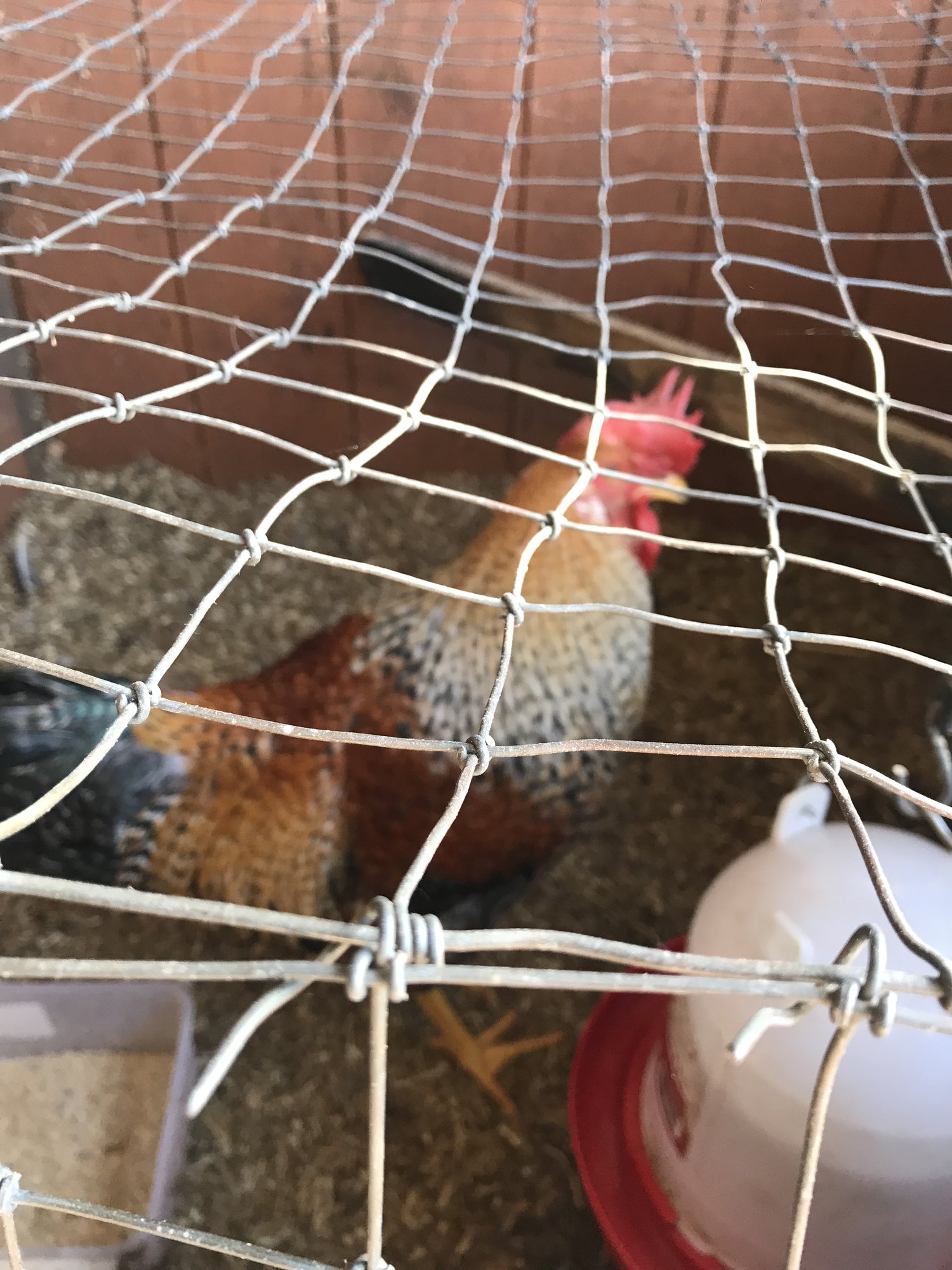 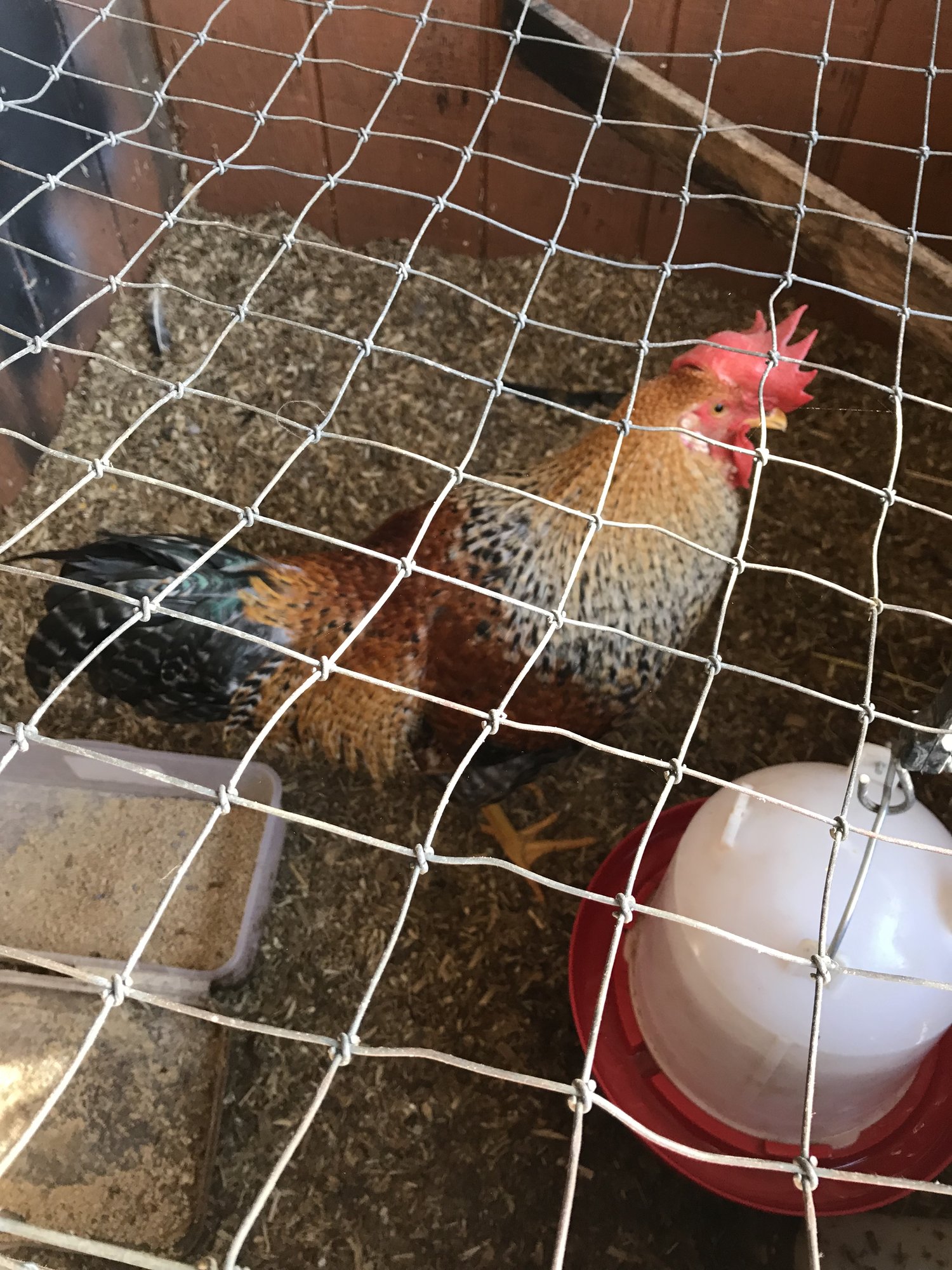 What breed is this only rooster that I have and he was given to me as a baby but they did not know the breed.

Some other information on him. His come is huge as the picture shows and is so large it flops over and covers his eye. Very aggressive. He is also huge standing about or slightly above knee level and just started developing Spurs there are no spurs in these pictures.. I had him penned off for awhile because he was so aggressive and so much bigger than all my hens I was afraid he would injure them.
M

His comb not come

Looks like a Bielefelder, except his earlobes are white. Could be a mixed breed.
M

He might also be a Welbar. They have white earlobes and massive combs.

The large comb, white ear lobes and aggression might indicate there is some Leghorn blood in there, but agree he looks a lot like a Bielevelder, so maybe a Bielevelder/Leghorn mix. He is very handsome but it's not good that he is aggressive. Personality should count for more than looks when keeping a rooster in a backyard flock and if he would not retrain, then he would make a good chicken dinner, albeit a bit tough at his age.
Not a cream Legbar.
Actually Welbars should have red ear lobes according to my research.
Last edited: Mar 21, 2018

What breed are my birds
2 3

What breed is this fella?
2

S
What breed rooster is this?