What do you look for to tell if your chick is a roo?

Are there any obvious signs?

How old are they?

What breed is it? Do you have a picture

edited for language
Last edited by a moderator: May 27, 2011

If they are very young chicks, you wait! If they are old enough to start feather then you start looking for those that get red/pink in the comb and wattles right away. However, this is still not foolproof at this young age. As they get older and feathered out more you can start looking for stringy hackle feathers around the neck, pointy sickle feathers in front of the tail. By this age most roosters are readily evident. And of course, if you have a breed that is a sex link you will know by coloring. And last but not least, there is the rooster who starts to crow!
Last edited: May 26, 2011

They wake you up in the morning!

I've no idea at what age though

In my experience....girls feather out more quickly than boys, particularly between the wings. They also grow tail feathers first. (Not intuitive - you'd expect the roosters to get a head start on a tail since they will ultimately grow it bigger). Boys "tend" to have thicker legs/larger feet. And the big one - if the comb starts turning pink early, it is almost always a boy. Sometimes the comb will stay yellow but grow noticeably bigger than those of other chicks before starting to pink up. But, if the comb is growing substantially, chances are its a boy. Hope this helps....
ETA: The above signs are what you start to see by about 5 days - 2 weeks. I can usually tell the girls from the boys by 2 weeks of age just using these signs. The more you have to compare, the easier it is to see the differences. If you look in a bin of week-old chicks and see some with tails and a good start to their wing feathers and others that are the same size but still have nothing but chick down and no tail feathers, you can really start to see the difference.
Last edited: May 26, 2011


This works for most breeds I've found.

I have seen hens with a comb so big that they looked just like the roo in the same yard. I have spoken to many people who have hens that "crow" like a roo. Hens can even get spurs. (I guess some of this is like when we see women with a moustache!). I have even spoken with a couple people who gave away "roos" because they were 'positive' that they were...that is until they began laying eggs for the new owner!!!

I'm not saying gristar is wrong, but the info provided is a bit problematic (IMO)...

I have six girls (3 BR, 3 RIR) from mypetcchicken.com who, like all other suppliers, guarantee a 90% accuracy rate through vent sexing.

The problem with this is it leaves unanswered the question "compared to what?" Now, all my girls were born on the same day and have had the same diet all the way through. Yet, according to these characteristics I have a cock/pullet. Her name is Alice and she is the biggest of the three Rocks. Her legs are the same proportionately to her body but her comb is clearly pinking up and has been for the last five days or so (they are 5 1/2 weeks old). The smallest Rock has a very stumpy tail compared to the others yet the Rocks tails are notable different from the Reds.

Again, I am not criticizing gristar. What I am saying is that those points might be helpful if you are raising the same breed in a controlled setting but those characteristics seem to be far too subjective to do any good. My girls are right in the middle of that 4-6 week range and those characteristics just don't fit between the two breeds I have or even just among the Rocks.

According to HEChicken my Alice is a hen but according to UC Davis I should be thinking she is a cockrel. I have another Rock who is feathering out slower but has the smaller yellow comb.

I'll try to post some pics later to illustrate what I mean.

I am not trying to be contrary but to simply make the point that there are tons of subjective and anecdotal ways to "tell" if your bird is a roo or pullet. If i were raising fifty or one hundred Rhode Island Reds then maybe some of this stuff could help me be somewhat successful in determining sex. But, with most people (especially on this site) with small, backyard flocks of mixed breeds (with great variance and nuance) it seems to me to be far too subjective to give any degree of accuracy. Like I said earlier, I spoke with a couple people who were "sure" they had roos and gave them away because they did not want or could not have them only to find out that their "roos" began laying eggs for the new owner when they reaced the age.


In the end, if you're not trained in the art of vent sexing then there is one irrefutable way to be sure your pullet is a pullet and not a roo...wait for her to lay an egg.

These are my 5 week old RIRs that I am now pretty sure are roos: 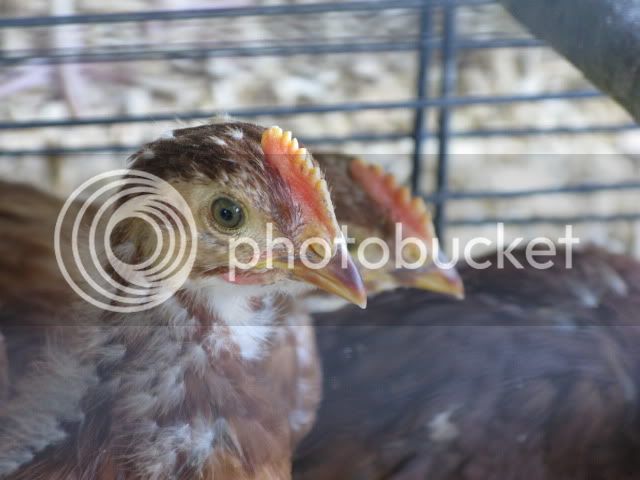 and another I think is a roo (I was trying to get the legs in the pic, too, but they just wouldn't cooperate): 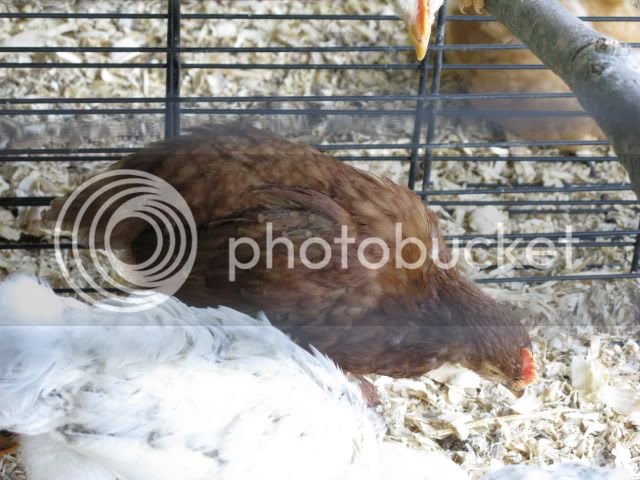 This one is the only of my 5 week RIRs I believe to be a female: 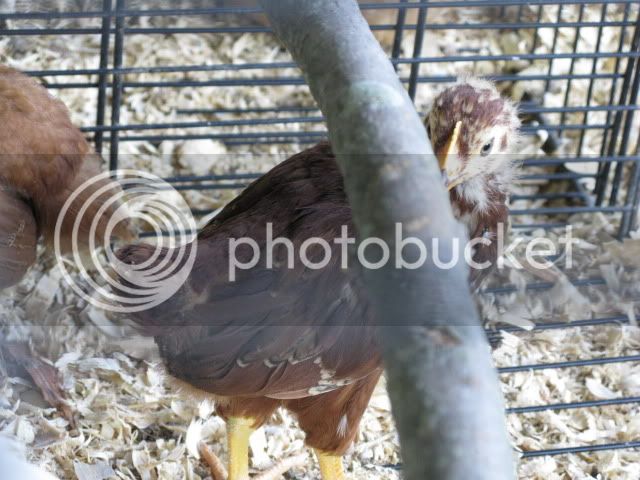 Finally, I became even more sure mine are roos when I got these, sold to me as RIR pullets, who are a couple of weeks older than my original 11: 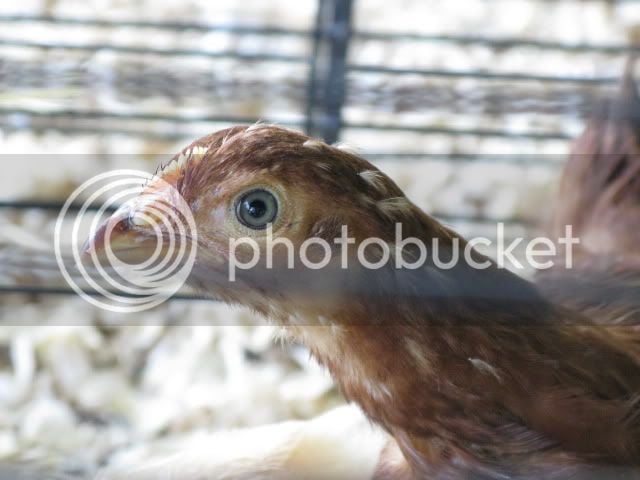 The younger ones (5 week-olds) that I believe are roos have stockier, slightly darker legs. I have a harder time telling with my Delawares. I have one with a big, reddening comb a little smaller than the RIRs' combs, one with a little bitty orange comb like the RIR I think is a girl, and three with something somewhere in between that I think are probably roos, but I'm not as certain as I am with these RIRs. I have also found that the ones I think are roos are more fussy and all of the girls are generally much more quiet. That may not be a reliable indicator, but that's how it has worked out for us. When dusk sets in, the girls peep a little and settle down while the boys are practically screaming and cramming themselves into a corner.

Well, I am not that experienced. All I know is that I have spoken with people who had birds that they were so sure were roos that they gave them away and found out that these 'roos' later began laying eggs!

The RIRs that you suspect to be roos...were they sold to you as pullets? I will say this much, their combs are markedly more pronounced and rouge than mine and mine are the same age (5 weeks). Do you not want roos or can't have roos? Would it be a problem for you to keep them until you can be absolutely sure?
Last edited: May 26, 2011

How to raise chick eggs