What to do, build another coop, give away chickens, or give away a rooster?

I have 7 chickens at one time than a few died and I was down to 4. silkie rooster, hen and two red hens. I wanted to get my flock bigger and my cousin gave me three hens, so I put them in the coop and they didn't mix up yet they are staying off by themselves.

Than I got a call about someone giving away 7 more 6 hens and one roo but I had to take them all. They are all very friendly but they just got into the coop lastnight and I know it will take time but i'm nervous I made the wrong decision to get them. So in total now I have 14 chickens two are roos.

I realized theirs just not enough space or hens for two roosters, so I am trying to get the new guy a new home but no luck yet.

My silkie roo is taking it hard, he is hiding and trying to get out of the pen hes very stressed and upset and I feel like crap! I lov my little man. even the new hens are picking on him right now.

I feel its because the other hens already have their roo. So I am wondering if I found another place for that roo to go do you think the hens would accept my silkie roo? hes smaller than some of the hen.

or Should I try to come up with some cash to build a 2nd coop and out the new 7 with their roo they know together?

i'm torn! I want my silkie roo to be happy and my hens, but it's going to be hard finding this new roo a home. I may know someone who would want him but i think he only keeps them for so long than kills them. i'm not a killer, and this roo is a nice big boy too so it kills me to give him to someone who will kill him. But i wont have the money to build a 2nd coop right away, right now i have the roo isolated in a dog crate beside the run so hes still with his girls but he can't get at and hurt my silkie roo.

What would you do?

I think you should have quarantined the new chickens for a month before putting them in with your flock, to minimize the risk of disease.

Can you get an easy to assemble prefab and divide your run to get peace in the run again? When I was in a pinch for a quick coop, I found one on Wayfair for about $150. I put it together myself. DH was unable to build one at that time, so what's a girl to do? He said it wouldn't last and has since made a couple changes to it to make it stronger, but it got me through an otherwise tough integration time when I brought in some new chicks. I divided my existing run with fencing. (My run is very large, so that didn't cramp anyone.) Now 2 years later with some improvements, I'm still using that coop for integration and segregation purposes. All in all a $150 well spent.

'Chicken math' again! It's unlikely that these two roosters will get along, and that's extra stress for an already stressed flock.
Do they really have enough space??? If not, build bigger, or move at least one of these groups elsewhere.
Good luck,
Mary

A hoop coop is cheap and easy to build, and can be used all year, with modifications. You can find them on this site, from simple to very fancy.
Biosecurity matters to me, and no outside birds come here, so bird adoptions don't happen. Hopefully you've missed any nasty diseases so far, and just say no in the future, for the sake of the birds you already have.
Mary
S

ValerieJ said:
I think you should have quarantined the new chickens for a month before putting them in with your flock, to minimize the risk of disease.

Can you get an easy to assemble prefab and divide your run to get peace in the run again? When I was in a pinch for a quick coop, I found one on Wayfair for about $150. I put it together myself. DH was unable to build one at that time, so what's a girl to do? He said it wouldn't last and has since made a couple changes to it to make it stronger, but it got me through an otherwise tough integration time when I brought in some new chicks. I divided my existing run with fencing. (My run is very large, so that didn't cramp anyone.) Now 2 years later with some improvements, I'm still using that coop for integration and segregation purposes. All in all a $150 well spent.

you got it on wayfair, I will check that out.

Shandina said:
you got it on wayfair, I will check that out.
Click to expand...

They have several to choose from.

I don't know if you have a CraigsList or similar up there in Canada, but you can find free pallet's on them that you could probably use to help you to build another coop.

I agree, I think you should have quarantined the new birds for a month before putting them in with your flock to minimize the risk of disease. I started with one coop then built another and more. My current avatar are some of my coops. I do have some that are divided but all have very large pens. Usually if the males have not grown up together it's unlikely they will get along. I will be putting some males in a bachelor coop and pen. Since they were raised together and there are no females to fight over they get along. Good luck and have fun... 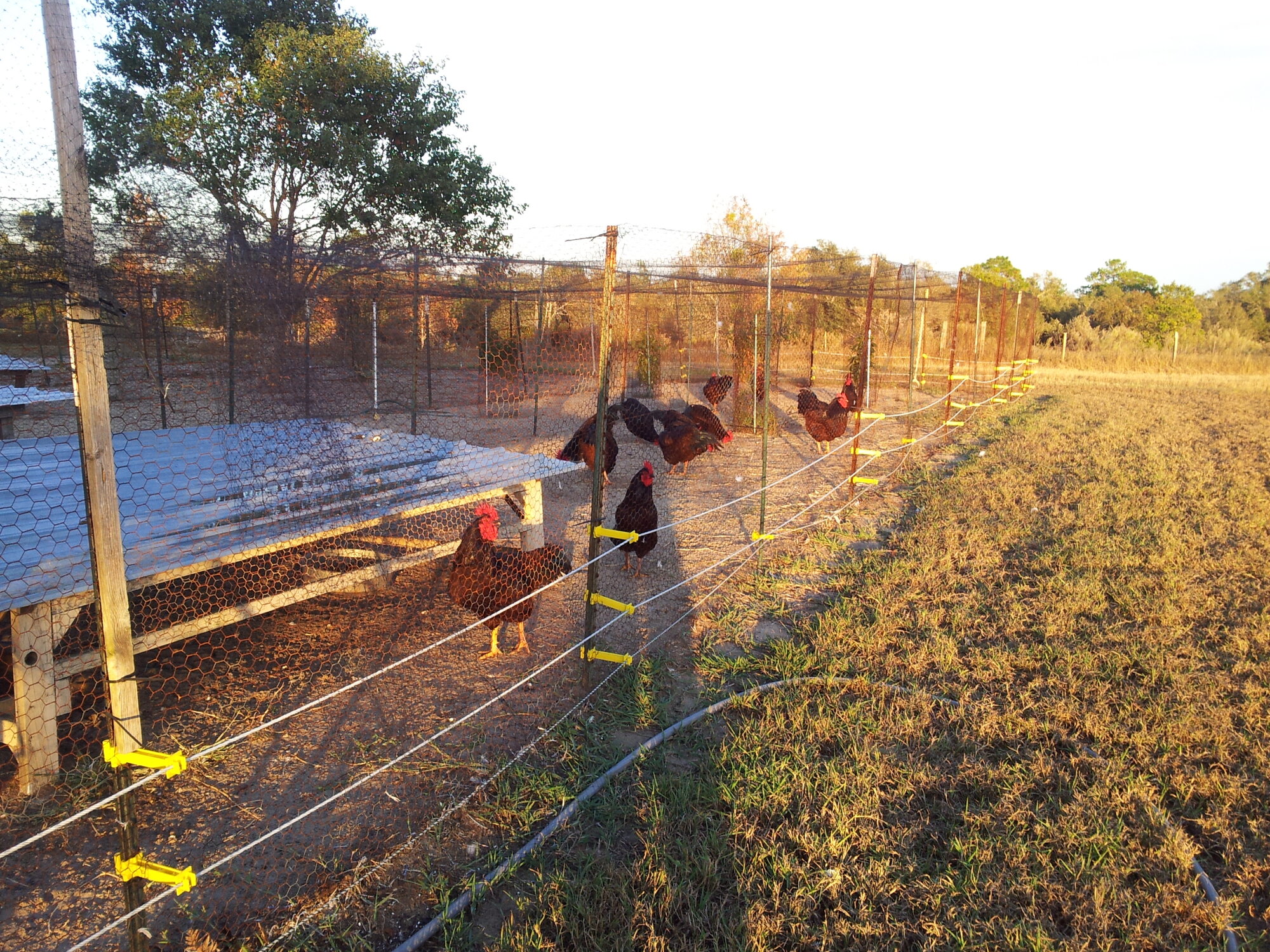 The is no use crying over spilled milk. Plenty of people on this forum think they are quarantining their chickens but they really aren't. Sometimes there are serious problems because of that but often there are not. You are where you are so lets look at point forward, where do you go from here. Most people that don't bother to quarantine don't have serious issues so you are not guaranteed a disaster.

How old are these different groups of chickens? What I'm mainly looking for is whether the females are laying yet, that will determine their maturity level. Do you have cockerels or mature roosters? How much room do you have, in feet or meters, in each coop, each run, and do you free range? If you have multiple coops and/or runs how do they interconnect? I'm trying to determine what you are working with. It sounds like those three new ones may be young.

You have plenty of hens for two roosters. Shadrack, for example, has three hens per rooster and they do fine. They are generally mature hens and roosters, not immature pullets and cockerels, and he has lots of room, like totally free range. You say you don't have a lot of room. Room is typically the issue but maybe you will be OK. Personalities of individual chickens and ages can make a difference too.

If you give or sell one rooster to someone else you have lost control. They might eat it. If you can't accept that, and some people can't, that is not a good option for you. Just don't ever hatch eggs, some of those may be male.

I don't know enough about your facilities or flocks to give much specific advice. If you isolate one rooster will the other hens accept the Silkie rooster? Probably. Eventually. But not necessarily as flock master. With living animals you don't get guarantees as far as behaviors, about anything can happen. He could wind up being boss of a nice flock of bantam and full sized hens. He could remain subordinate to the dominant hen. He may be killed or seriously injured before they reach that point. I can't tell you what will happen.

If you are going to keep both males probably your least stressful way forward would be to build a new coop/run and keep them separated. At least have some place handy to quickly put one of the males in if things get too rough.

So far it sounds like you are not doing that badly, though it is still early. My definition of a successful integration is that no one gets hurt. So far so good but what happened last night at bed time? Where did they all want to sleep and how did they get along?

There are no cut and dried right or wrong answers to your questions. It's that way with living animals. I wish you luck.

If you have the space, the funds, and the time, I'd say build another coop (but I get super attached to my birds and never want to give anyone away

). It really depends on how you feel about it. One positive thing about having that extra, separate space is that later on, should your flock decrease in size and one coop becomes vacant, you can use it as a place to put misbehaving chickens or those who suffer an injury and need to be separated from the flock to heal. OR when springtime comes around again and you visit the local farm supply and you see those cute little fluff balls and the hankering to get more chicks hits you again .... You can see where this is going

What if you gave away a few hens with the roo? It might be easier to find someone to take him if you gave away say 2-3 hens plus a roo. Just a thought. It might relieve some of the stress on your current situation too.

Thursday at 7:50 AM
ElizaMay
E

Too Many Roosters-Give away or eat them
2