What went wrong with these eggs? Did the embryos get stuck from lack of turning?

I am wondering if you can help me diagnose what went wrong with some shipped eggs that I attempted to incubate.

A little bit of background: I had some eggs shipped to me a couple of weeks ago. After letting them sit (pointy-side down) for a day outside (outdoor temperatures ranged from 60 degrees during the day to 45 degrees at night), I put half of the eggs under my broody hen and the other half in an incubator. I set the eggs in the incubator on their sides, set the humidity to 47 degrees and slowly raised the temperature in the incubator from about 75 degrees to 99.5 degrees over a period of a little over an hour, increasing the temperature by 5 degrees every 15 minutes so that they would not warm too quickly.

On the first day of incubation, I only turned the eggs twice (each time abut 12 hours apart), because I had read that for shipped eggs, it would be good to try to let the air sac's continue to settle (some articles even suggested not turning the eggs at all for the first week of incubation. Maybe this is only recommended for eggs that are not on their sides, but instead placed upright with their pointy-sides down in the incubator). On the second day, I turned on the auto turner so that they would turn every hour.

I checked the incubated eggs at the end of day 7. Unfortunately, it looked like they had all started developing, but stopped around day 3 or day 4. There was a small red speck in the center of what appeared to be a blood ring on one side of each egg. The blood rings did not go around the eggs, but rather formed a circle on one side of each egg. All four of the eggs appeared nearly identical in this regard. I could not see any veining. I put them back in the incubator, just in case.

On day 11, I checked them again. As expected, all had stopped developing. Some photos from day 11 are posted below.

Meanwhile, I checked the eggs under my broody hen on day 8. Two of her eggs were clear, but the other three were developing beautifully. This makes me think that whatever went wrong with the eggs in the incubator was not due to transportation issues, as I had originally thought, but rather with something that happened during incubation. At this point, I am wondering if my mistake was to not turn the eggs from day 1, as I would have done with non-shipped eggs. Does the blood ring and position of the embryo provide evidence that the embryo got stuck to the membrane because of lack of turning? Alternately, is it possible that the soap that I used to clean the incubator between hatches left some sort of residue that damaged the eggs? 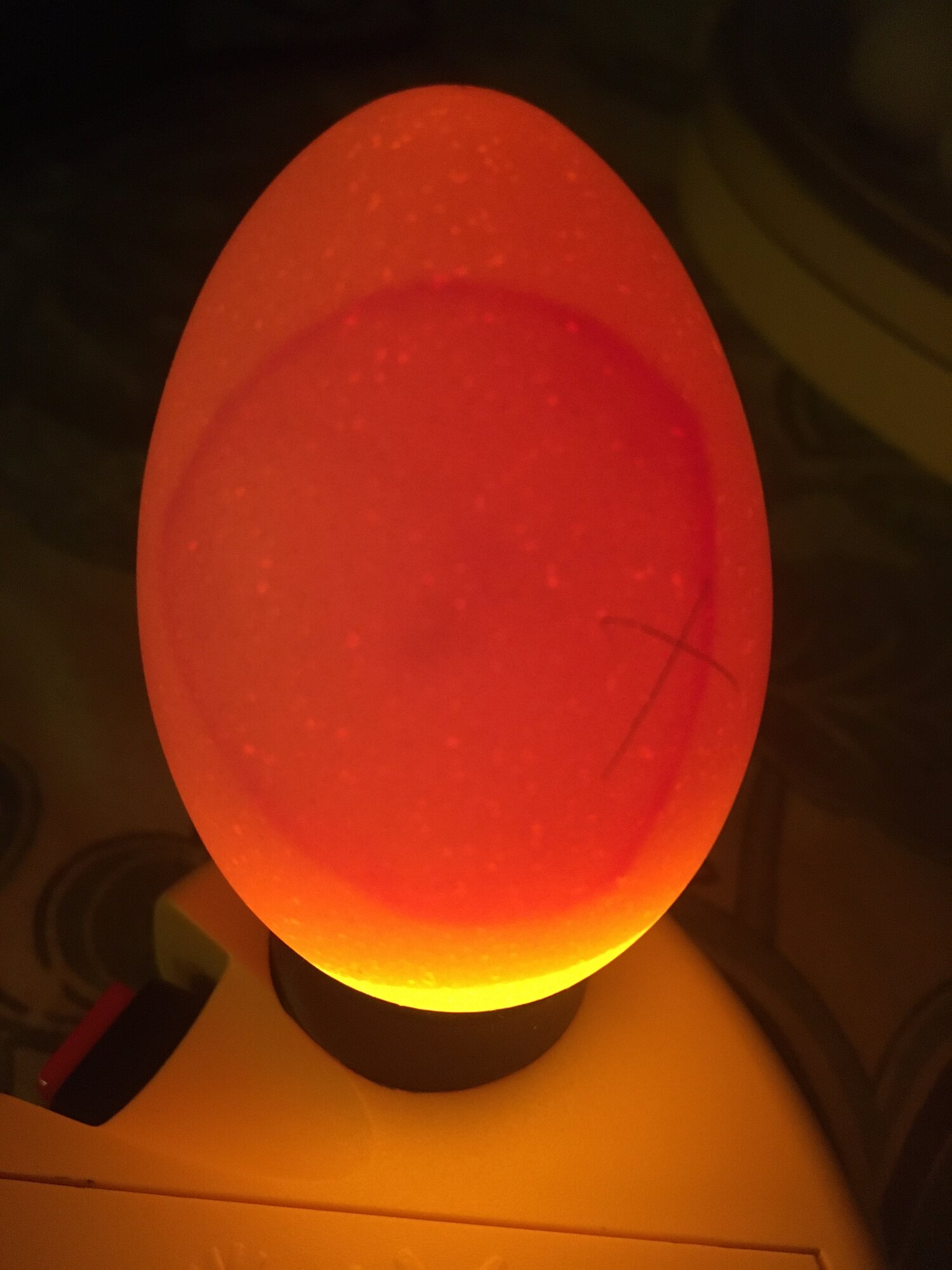 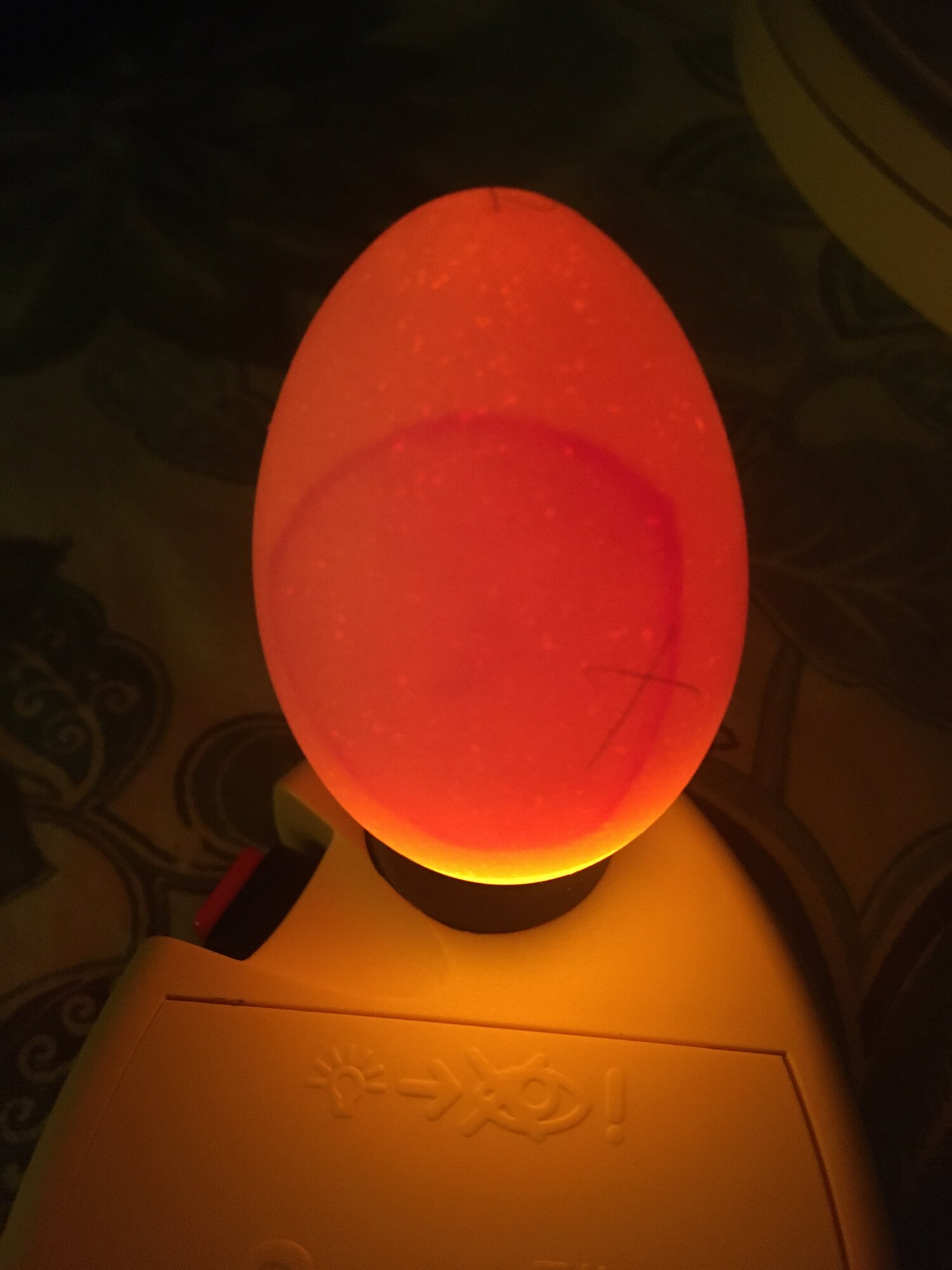 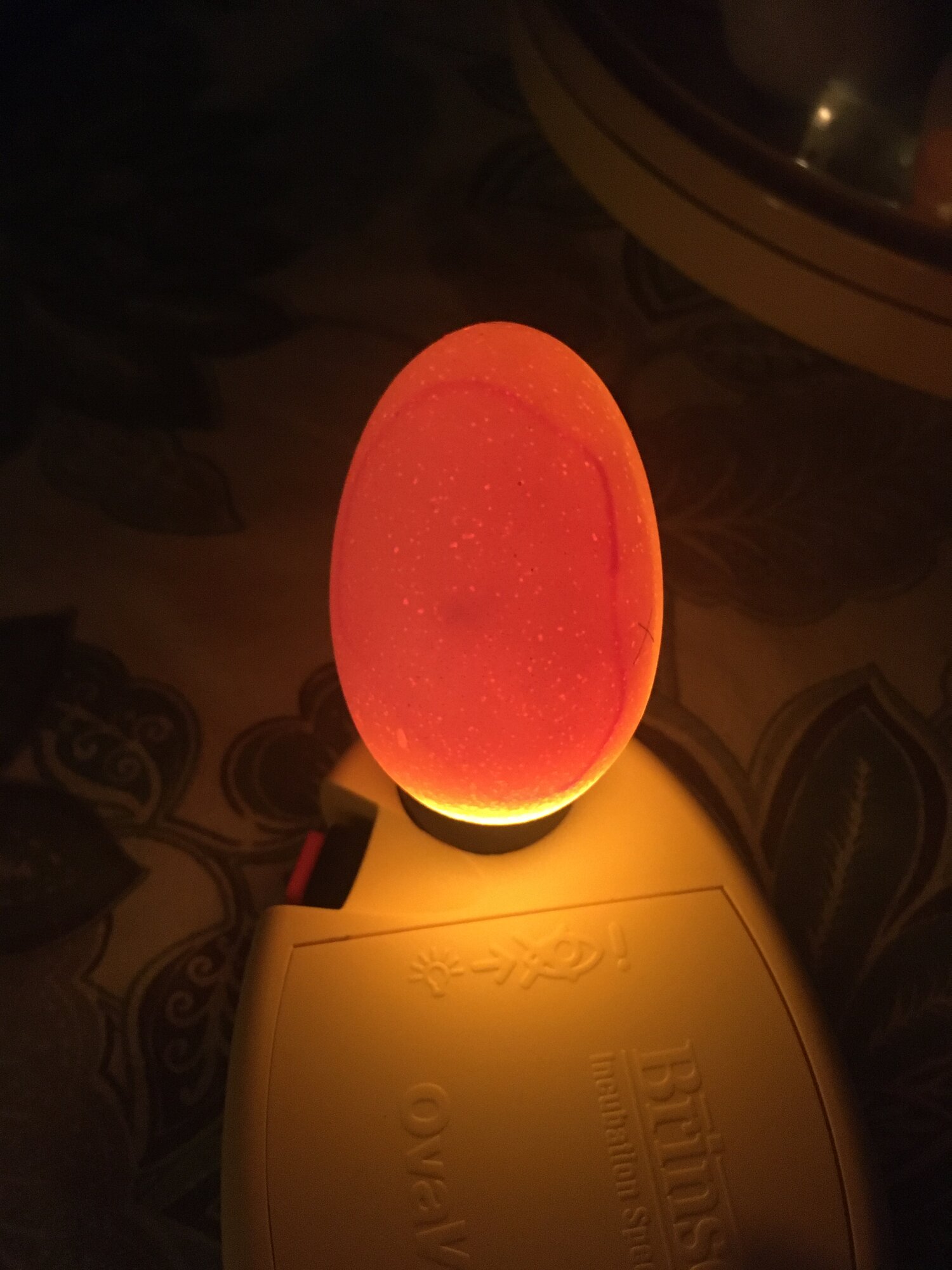 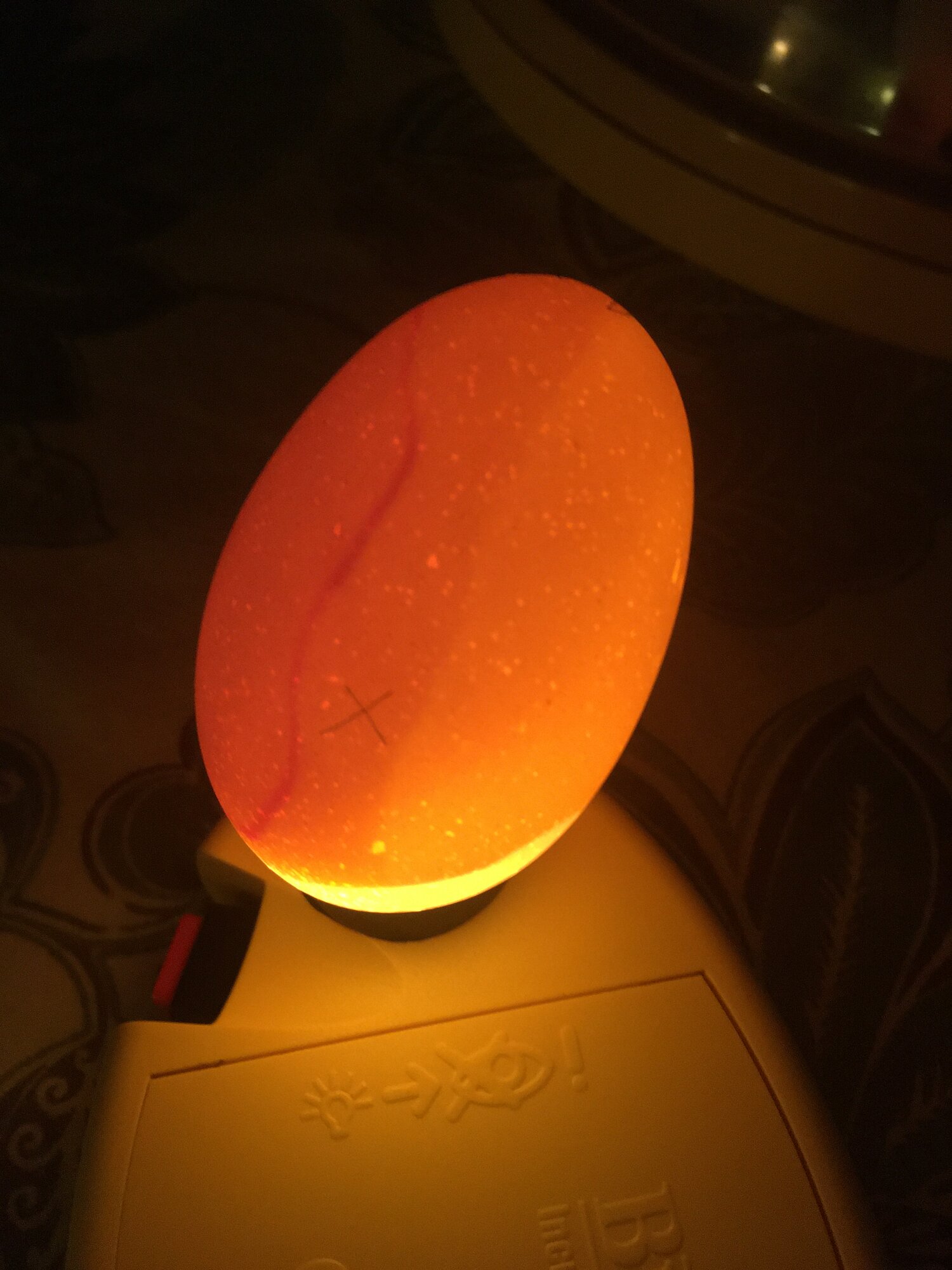 It can be really difficult to know what causes early quitters and even more difficult when dealing with shipped eggs. I always candle my eggs before putting them in the incubator but unless the air cell is completely detached I incubate them exactly like my local eggs in the horizontal turner but this is just a personal preference of mine and everyone finds a method that works best for them.

Do you use a secondary calibrated thermometer/hygrometer so that you know the temp and humidity displayed are accurate? It happens quite often that the incubator is incorrect.

What kind of soap did you use to clean the incubator? I use diluted bleach water to clean mine, I then rinse with clean water, and dry it after every hatch and I've never had issues with the bleach.

K
Embryo stuck to the side of the egg? What does it mean

Baby chick rolling other eggs around in incubator