About 3 weeks ago, I hatched out some eBay purchased silkie eggs. As these two began feathering out, I began to wonder about them... Here's the white one: 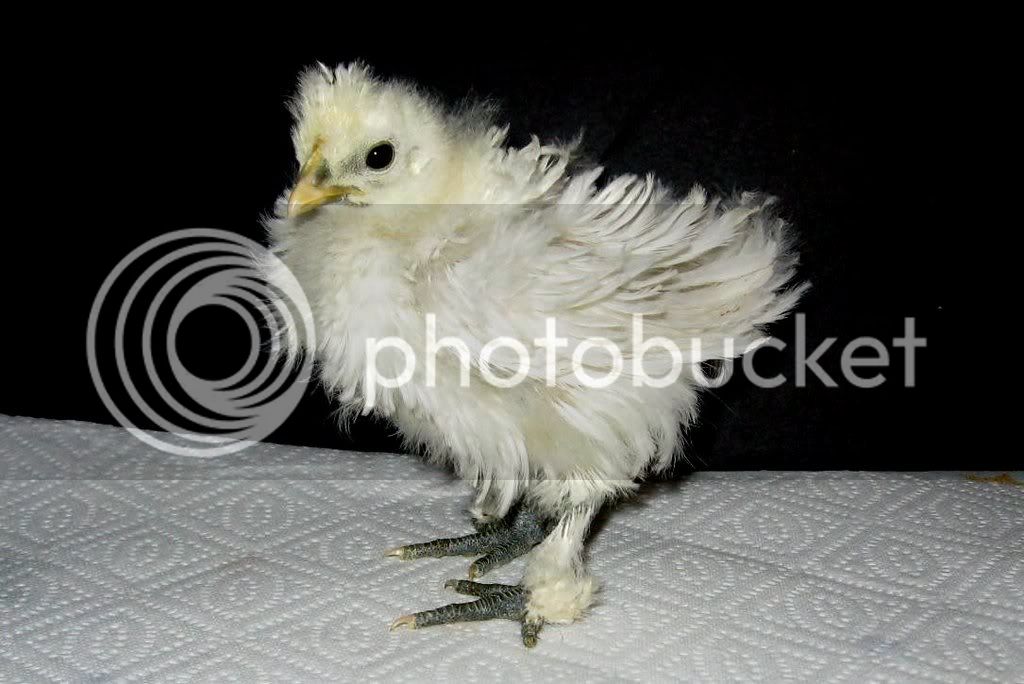 And a tail shot: 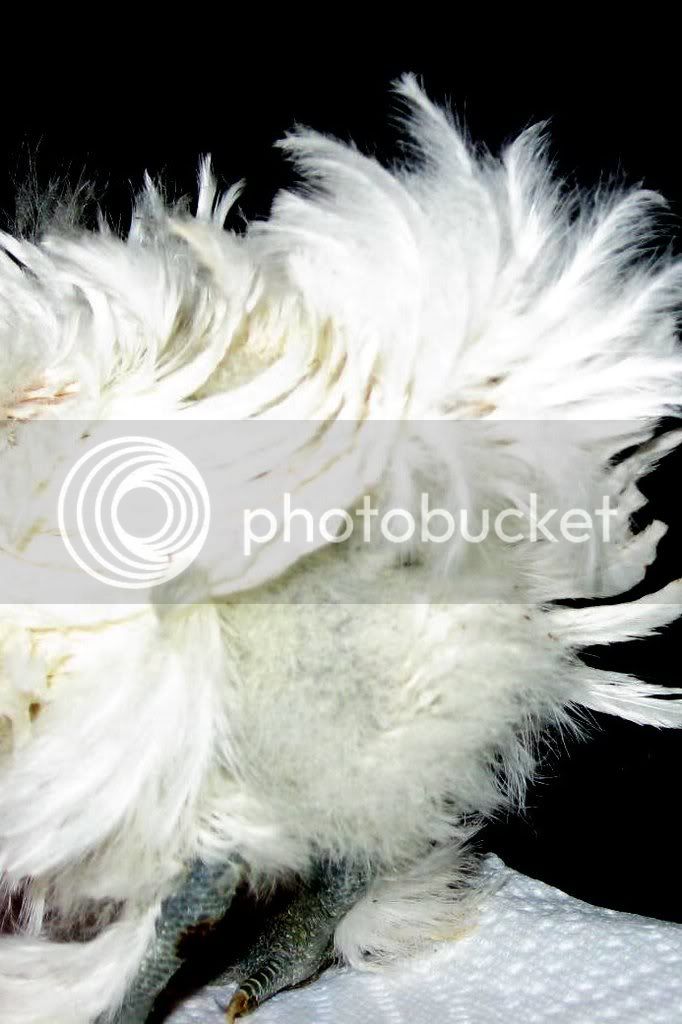 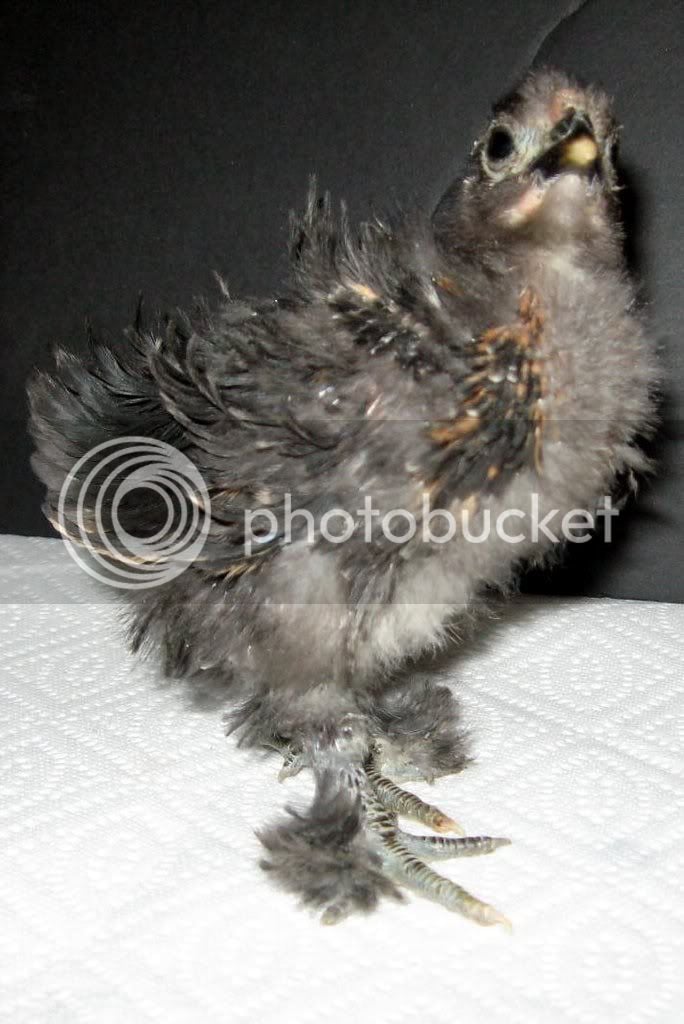 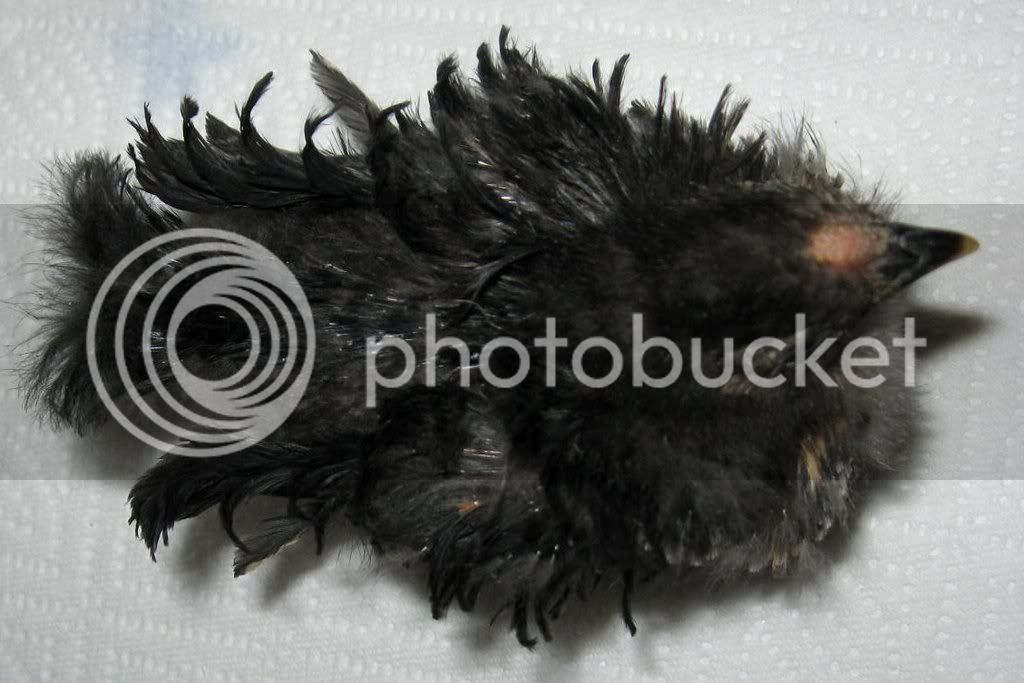 Don't they just crack you up to look at them?

I finally e-mailed the seller and asked if by any chance he had any frizzles in with his silkies. He said as a matter of fact, he has ONE black frizzle hen. I told him to let her know she's the proud mother of two wild and crazy looking children.

So I guess these are sizzles then, eh? And what's with the black one? It was all black but now I can see rusty brown coming in on some of the feathers. What's he going to end up looking like?
Last edited: May 3, 2008

Those guys are just too adorable!!!! When I get tired of ensuring I have great egg layers I have got to get a couple of those!!!

Oh those two are awesome. Very neat. That black one may end up being sort of like the partridge silkie pattern.

Quote:Well that'll be neat! Can't wait to see them all grown up.

Sweet! Can't wait to see how they turn out!

Those are both sweet, but the little black one with its head up and back looks like it is saying, "Don't hate me because I'm beautiful..."

I saw a white one at an event here in town a couple of weeks ago and it definitely brought a smile to my face. They are beautiful.

They look normal to me. Mine look exactly the same. So ugly they are too cute.

At six weeks, here's what the black one has continued to turn into. Looks like I caught him in mid-blink.

Looks like a roo to me. What do you guys think? I'm just judging by comparing him to the white one which has no visible comb or wattles. 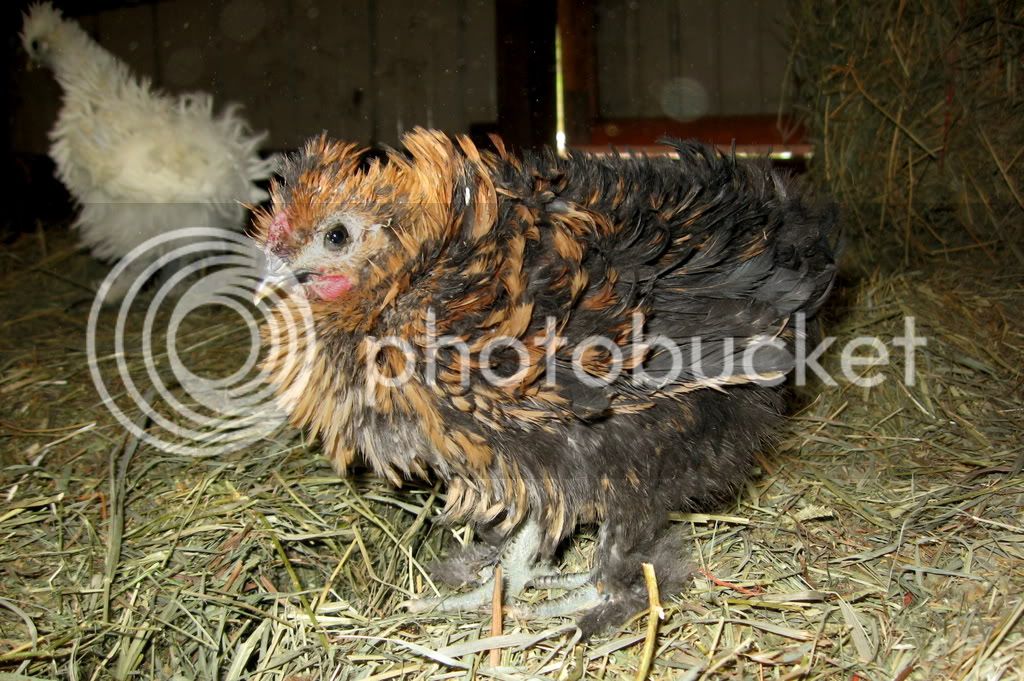 And here's the white one. I call her Dolly Parton. 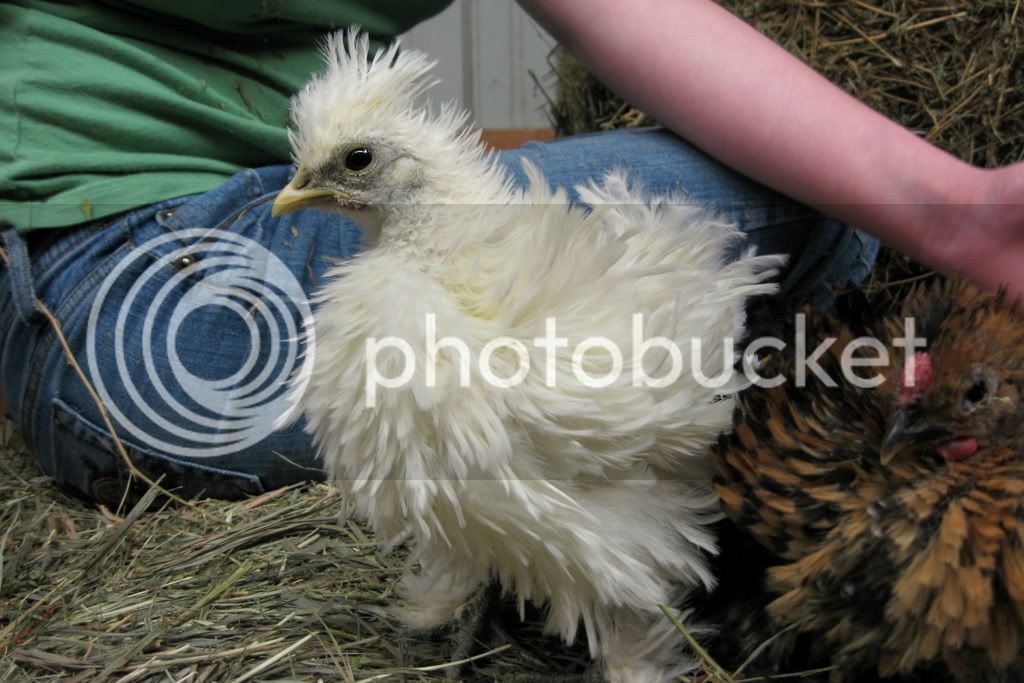 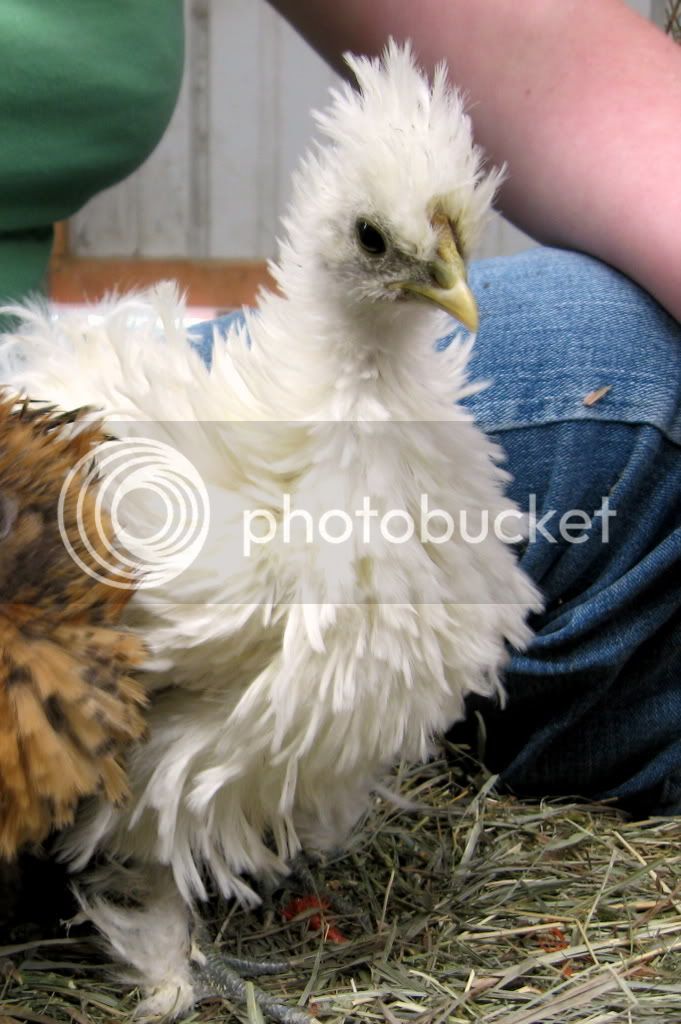