Why are my quail eating each others backsides? (graphic images) Need help please!

Hi everyone. I have searched diligently but have not found an answer to this problem. I bought roughly 20 quail at the auction 2 Saturdays ago. I have never raised them before. I can now easily distinguish the males from the females but I'm not sure their exact age. I'm just questing 5 weeks or so as they are not laying yet.

I have read about problems with males fighting and or females getting to much from a male but I cant find anything on the following.

I have put up two photos but I have actually pulled 4 quail that look like this out in the last 2 days because they each look like the photos. Its strange as 2 of the plucked birds are males and 2 are females. I do not see any breeding going on as of yet but something is going on as they are killing one another. None dead yet but I pulled them in time. I've seen this in Chickens but that is usually from feather pulling when the are deficient. I'm at a loss, so any help would be greatly appreciated. 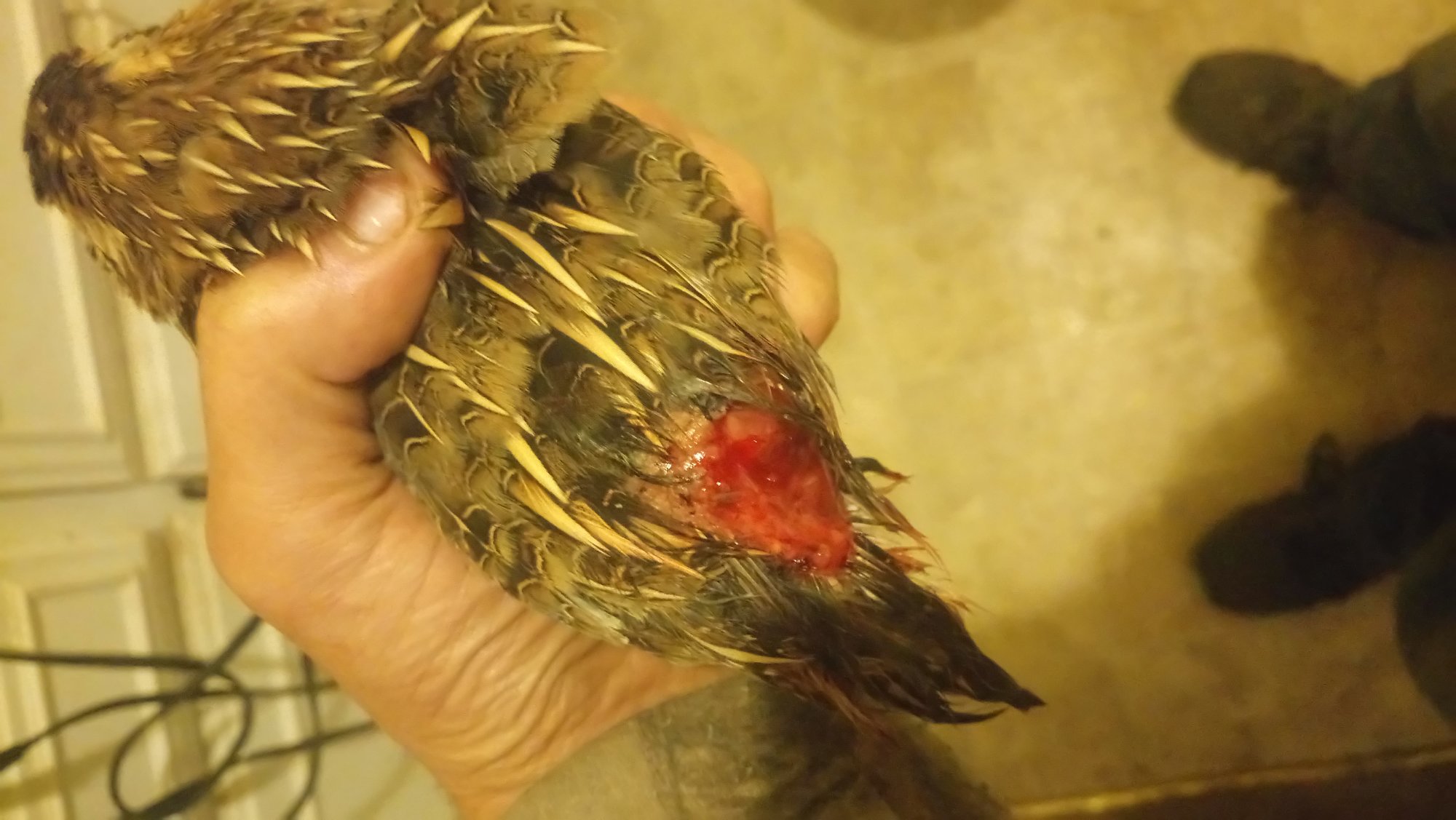 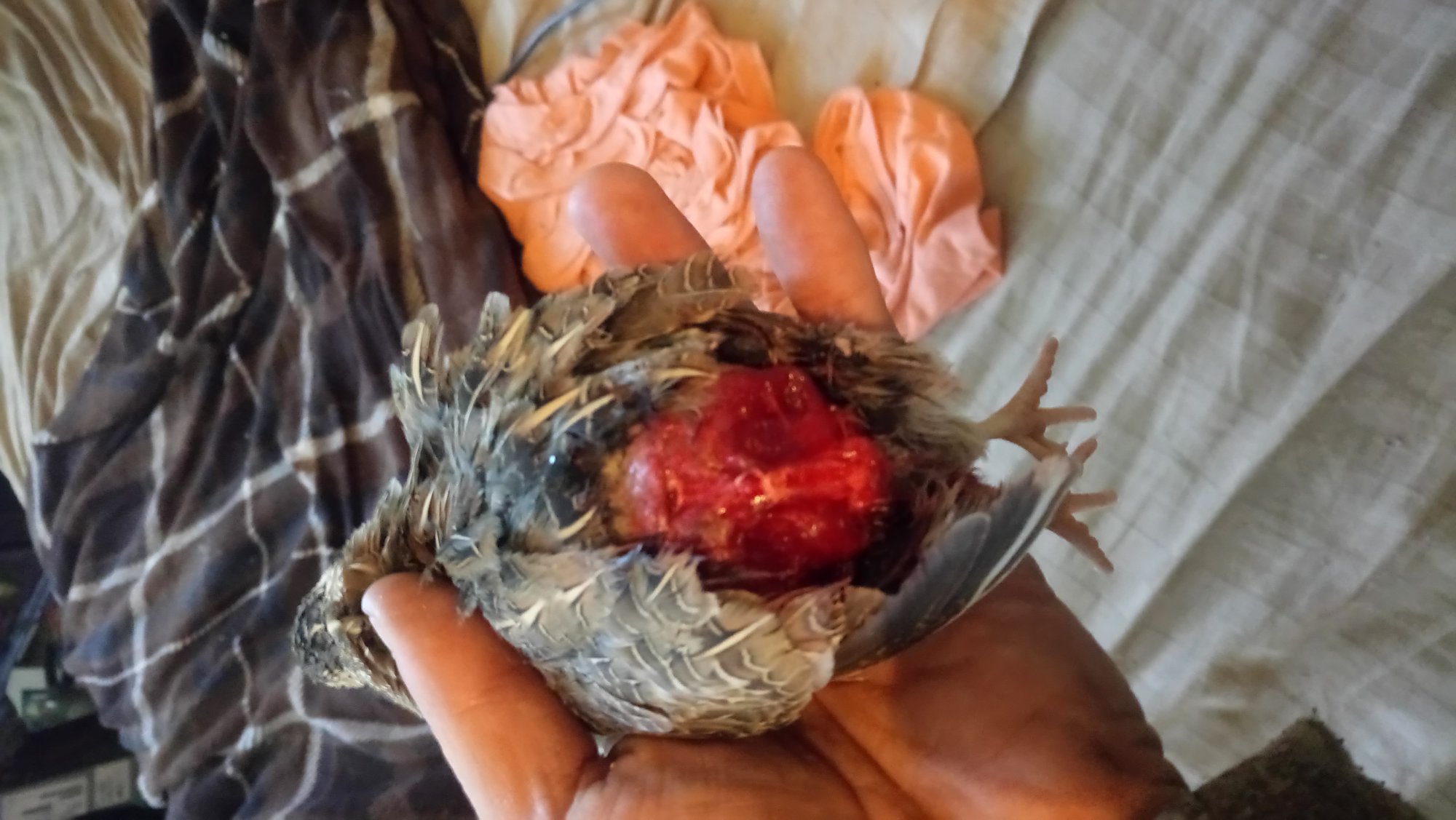 I know zero about quail.
How much room do they have/what size cage are they in?
J

They are in a 2ft by 4 foot pen. Wire and off the ground with a tin roof. About like a rabbit cage.

Sounds kinda small for 20 birds to me but I know nothing about keeping quail.
@BantyChooks might have a better idea what's going on.

You could probably keep 10 in that size cage and even that is pushing it.
J

So you "do" think that this is simply overcrowding?

JerryDwane said:
So you "do" think that this is simply overcrowding?
Click to expand...

I would guess so.
That seems like just too many in too small of a space.
Do you have another cage you can use to move half?

That is a littleading small for 20 quail. General rule is 1 sqf per bird. Seem some do .5 sqf and do fine.

So you are good for 8 to 16. On above measurements.

Separate the extra males if you can or butcher them.

Once one gets injured they will keep pecking it. Once blood is drawn the are little cannibals.

Keep the injured ones segregated.

Also watch for one that is overly aggressive. If you see one like that remove it as well.

JerryDwane said:
So you "do" think that this is simply overcrowding?
Click to expand...

I definitely think that is the case. They start beating up on each other when room is limited. Their rear ends are probably the easiest area to peck at while they’re trying to hide/get away from each other.

Can these quail get along? Also, gender question