Why is there a light on in the Glenn Cottage Eggery coop tonight? 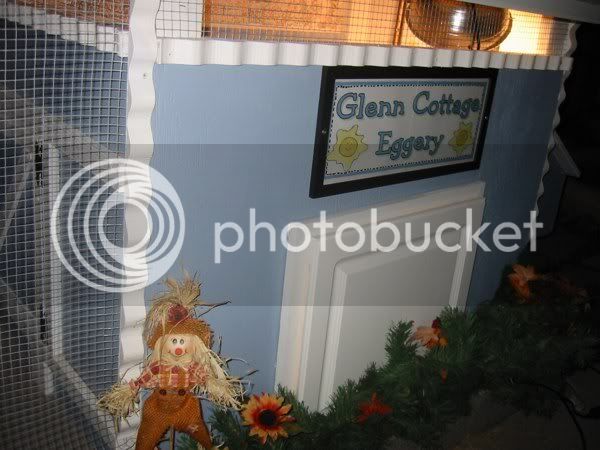 Today I stopped by the feedstore to show the girls pictures of my finished coop. While we were looking at the photos, I remarked "I wish you guys would hurry and get some chicks." They said "We have some new chicks in the "baby chick" house right now!" I about fell over!! I was just there a few days ago!


Well they had Buff Orpingtons, about 25 to 30 of the little fuzzy butts!! I said I would take two, they are 4 days old!! The feed store was my first stop on doing my errands, so I told them I would be back so as not to have to leave the chicks in the hot car.

My next stop was to water the garden at the congregation building. While I was there I called the other feedstore where I had a $5.00 deposit for an order of 4 chicks. I told them I found some Buff Orpingtons, and how long would it be before they ordered some Barred Rock chicks... She said, "We have some Barred Rock chicks right now!" I about croaked!! This feed store is a good 20 miles from our house. I told them I would be there in about 30 minutes or so to pick up two Barrred Rock Chicks.

I made it though the rush hour traffic, I got the chicks, went back to the feedstore right by my house, picked out two Buff Orpington chicks. And came home.

The only thing I HAD to do was make a lid for the big plastic container I bought as a brooder for them. When I was telling Rick I got the chicks, all four of them! And how I had to hurry now and figure out some kind of lid for the brooder box since one of the little Barred Rocks had already tried to fly out of the box she was in!

He said, "Isn't the coop all secure from preditors? Why don't you just put the chicks in the coop with the brooder light? After all, you spent so much time making a coop why have them be all crowded in a plastic box?"

So I did just that! I put them in the coop. Here are the very first pictures I took tonight.

Checking out the buffet. 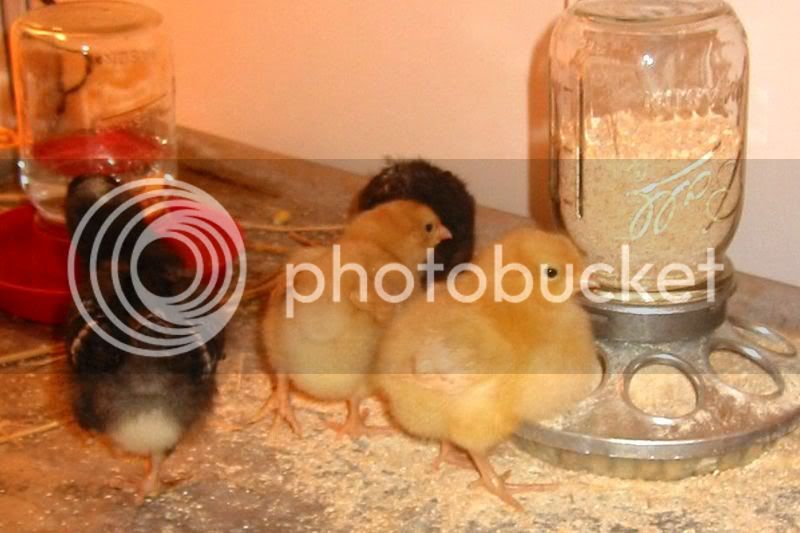 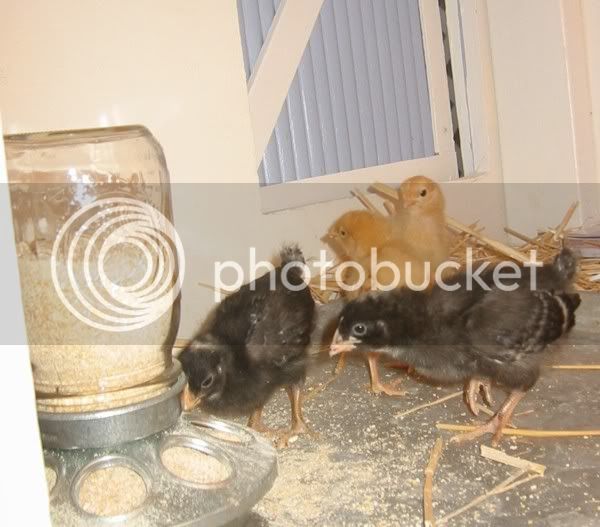 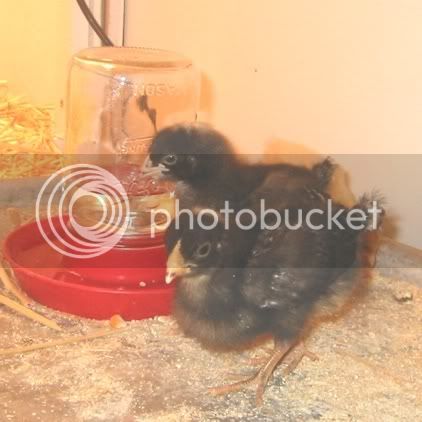 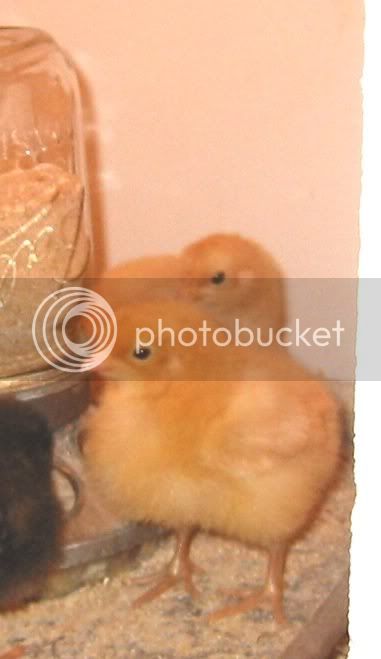 Getting ready for bed. 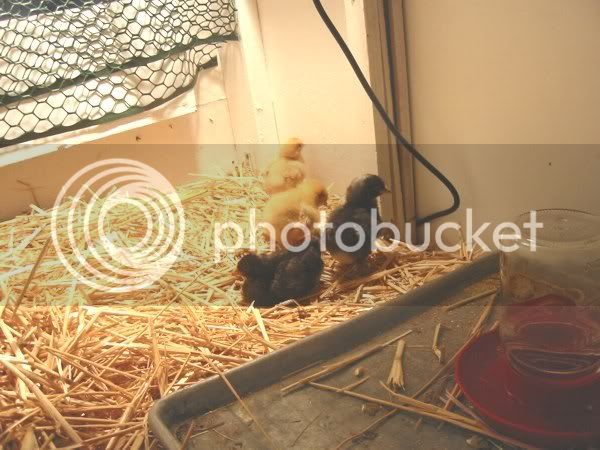 They seem to have hit it off famously!! They are all being very nice to each other.

So cute! I love the sign on the coop.
yay for babies!!!

My little BO's are my favs. (See post on wine glass). They are so sweet natured and SOFT!

They are gorgeous! I can't believe the feedstore had them this time of year??? I'm ordering mine...and have to get a whole bunch...that's ok!

The BO have such big boochies, must not be having trouble getting those girls to eat! Yea for chickies!

awww! BOs are the best. I only got one, but I really should have ordered more... so sweet and cuddly, it's hard not to just bury your face in their beautiful beige feathers.

And BTW...I love your little nursery! That is sooooooo cute! (Did you build that? It's awesome!)

Soo cute...cant wait till mine hatch!

Love that they were able to go into the coop right away. I love your little coop, it is beautiful.

I do not have BR but I have a dommi that is a sweetie and one of two BOs is just a dollbaby. Enjoy them.