Why You Shouldn't Keep Just One Duck

I made a little graphic like this for geese and was asked to make one for ducks too, so here it is: 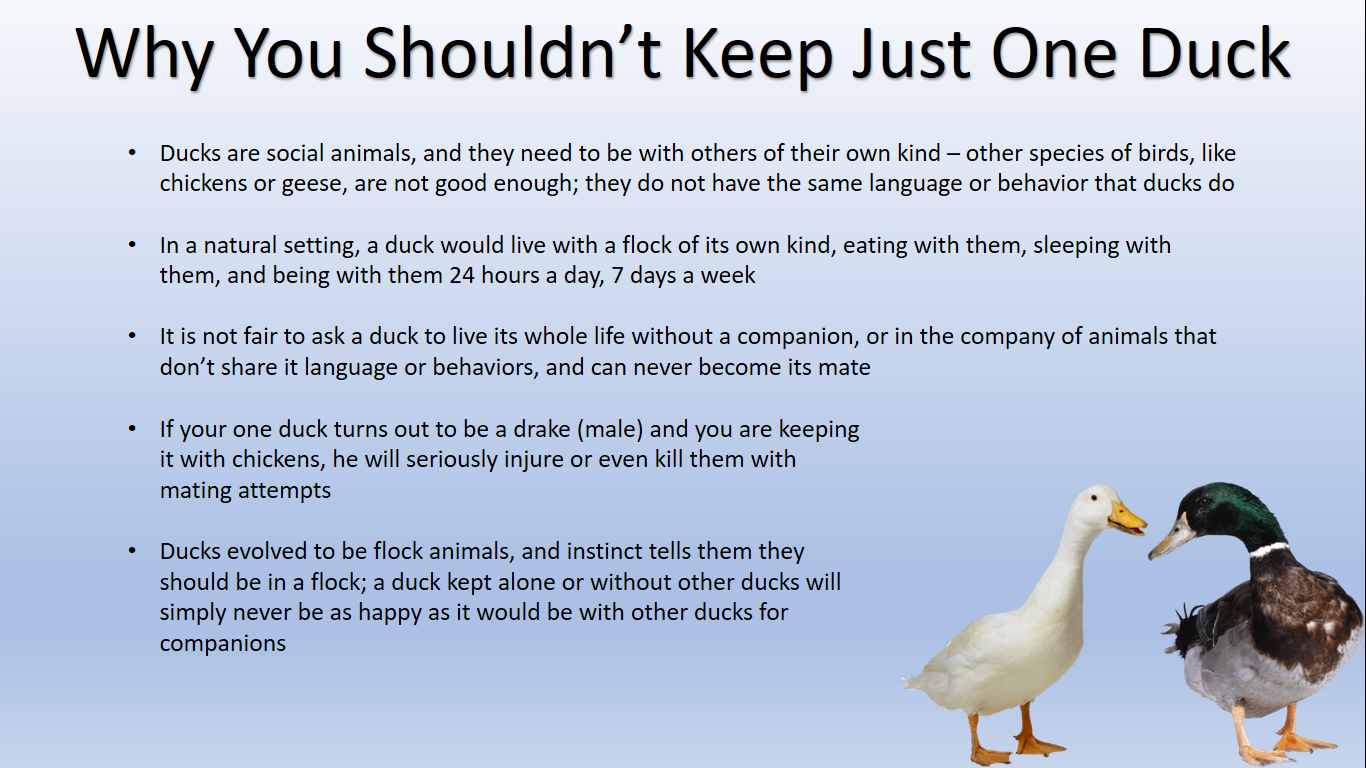 We have one duck who hangs out with our chickens. It seems to be getting along fine.

Ducklover2 said:
We have one duck who hangs out with our chickens. It seems to be getting along fine.

Its would be like living with only monkeys for a person

The chickens aren't throwing poo at her.

Ducklover2 said:
The chickens aren't throwing poo at her.

The point is, she doesn't speak their language and they don't speak hers. They don't share her behaviors (swimming) either. So it would be like if you were plopped down in a group of Chimpanzees and had to live with only them for company. Would you follow them around and hang out with them while they did stuff? Probably, they're your only company after all, and the jungle is dangerous so you should probably stay with them for some protection. But you have NO idea what they're communicating with each other and a lot of their behaviors make no sense to you and you're always an outsider. You're still lonely.

This is the same with the duck. Her instincts tell her she needs to be part of a flock for safety and company, so she is hanging out with the only flock she has access to. But she never really understands them, they never really understand her, and she's never going to be as happy as she would be with another duck around.
Last edited: Dec 18, 2018

The Five Freedoms can be used to assess any practices in keeping animals, or birds. These are:

Although it can be difficult to meet all five, with many farming systems, giving freedom to express normal behaviour is one that's reasonably easy to meet by providing ducks with duck company

Is integrating adult ducks with other adults difficult?

Why are my two females mating?
2 3