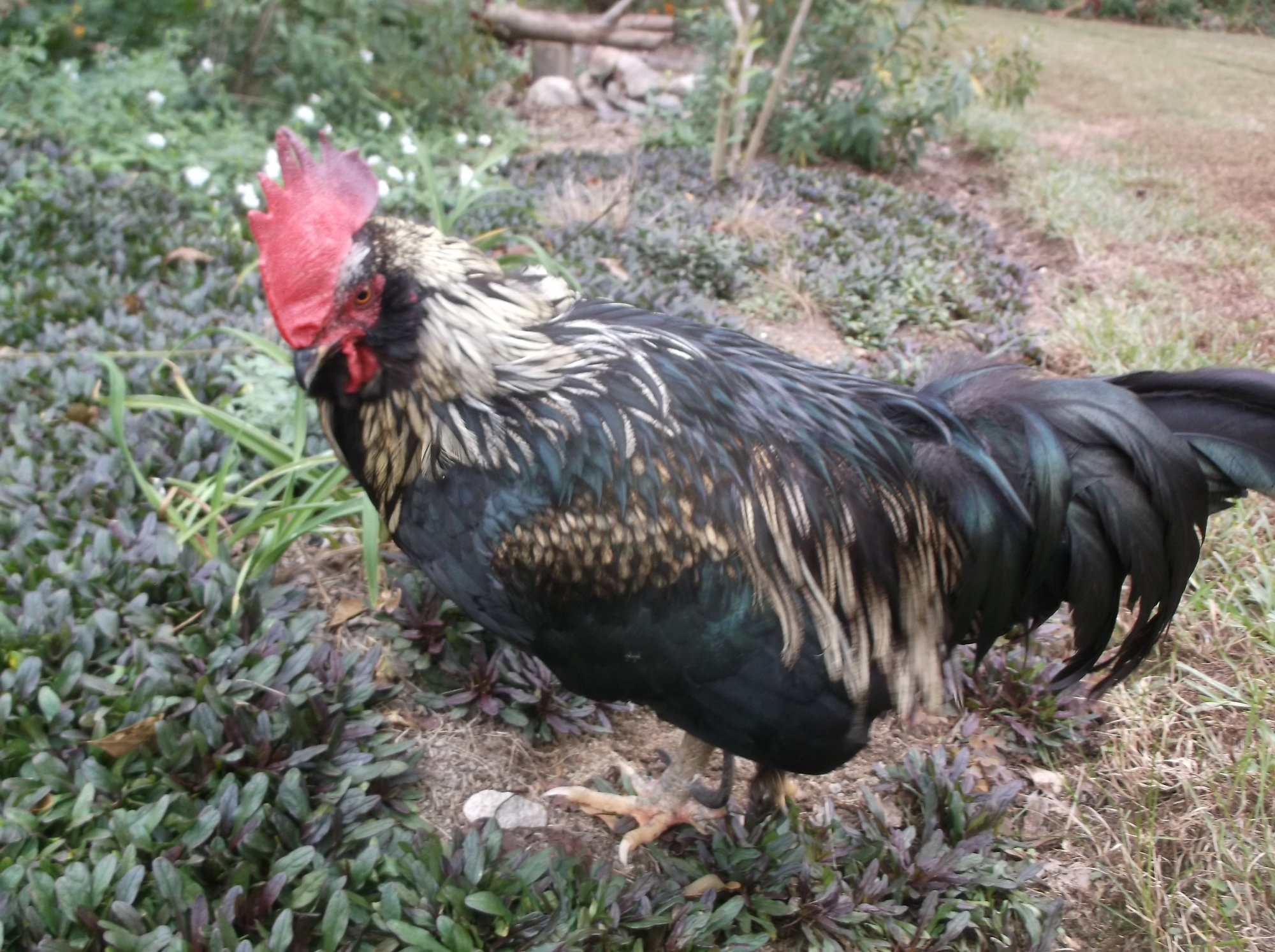 Hi everyone. I have a mixed flock with four hens and a, *ahem* challenged rooster that has issues flying, walking, and is blind in one eye. He was attacked by a hawk when he was just a chick, and dropped form it's talons in mid-flight. He was left with a hole in his head and an injured leg; he couldn't walk but was blessed with a miraculous recovery, considering he was kept in the bathroom in a cardboard box with no antibiotics. The roo and two hens are almost four years old, and there are two newer hens also. They are of mixed breeds and origins, but I'm guessing one is a salmon feverolles/chamois thuringian mix and the other is a single-crest white leghorn, and one of the others is a mix between a white leghorn and maybe a buff orpington. Their names are Luna (white leghorn hen), Penny (stocky brown hen), Plumps (salmon fev. mix), Peanut (white leghorn mix, has brownish/buff head), and Yin (black and white rooster). Their coop is made from wooden palates stacked and nailed in an A-shape. They get to free range in a yard that's almost three acres, and after over three years, they know not to go in the neighbor's yard or in the road.
They all come when their names are called (or if you yell something loudly), but Yin loves to be cuddled and held and will "ba-gock" and come running if he hears his name; he's like a little puppy.
The hens are kind of just "Wha? Are you talkin 2 me?" unless there are treats involved, but Yin loves to sit on my lap and if I'm sitting somewhere he'll sit there too even if his hens move a few yards away behind the bushes. They're a blessing- times five.
Reactions: SongBaby33