Article Gallery
Leave a rating
My Pens and Buildings
Well, as I mentioned on the home page, I've been working (and working...) on a new, larger house. Before this, I've had a series of smaller houses with a central pen, which have just sort of "come up" as the need arose. Each one has been built a little better than it's predecessor as I've expanded my building skill and my number of power tools! Clyde is still my building "mentor" and devoted helper on really large projects. I'm keeping two of the original houses, and taking out three small ones. 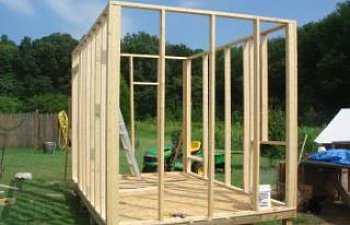 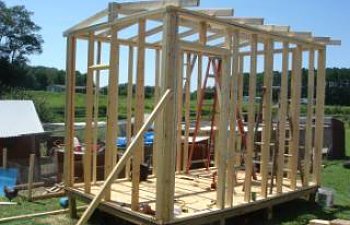 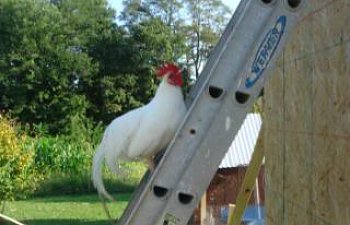 You can see the other pens behind the framework. And of course what project could proceed ​
without an inspector???? This is Sparky, and he's literally been there every step of the way so far.
If only he could swing a hammer. ​