Article Gallery
Leave a rating
Let's see...where to begin. Here's a picture of me. 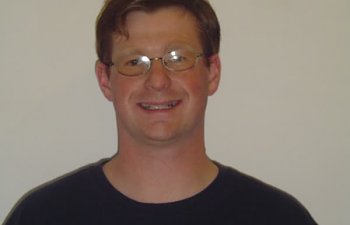 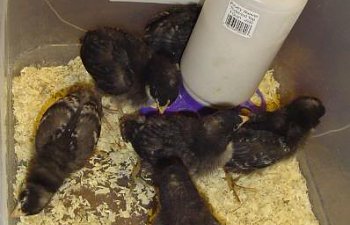 Here are our barred rock chicks (we originally had 6, but two of them passed away) when they were living in our brooder.
We currently have 4 barred rock mix chickens around 4 months old, and 5 RIR pullets almost 3 months old. Originally, we moved them out of the brooder into an old metal dog crate/cage, but then we moved them into an old dog house that had been sitting out in the yard since we bought this place. 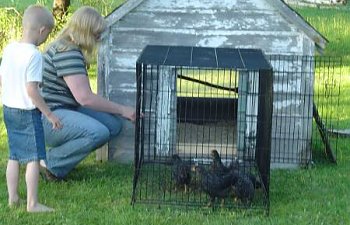 We bent the door of the dog cage back and fastened it to the front of the dog house with the open door against the dog house door. They lived in that until about two weeks ago when our neighbor's daughter told us that she had some big chicken cage wall sections lying around behind her barn and asked us if we'd like them. Well, we took a look at them and were sold! They are very sturdy and were perfect to make a good size chicken run/enclosure. So, that is where they now reside. 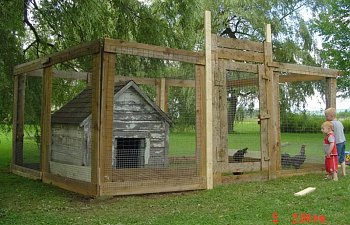 I built a nesting box out of parts from an old desk that was on our front porch. 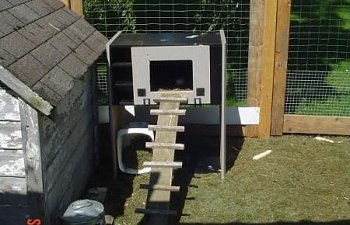 5/9/09 Things have changed since I last updated this page. We now have more chickens as a result of a rescue, and I've given the chickens a fenced in area to roam in, rather than having the entire yard. I'd love to let them roam free, but we have a nuisance (putting it nicely) neighbor who can let his cows escape their enclosure and destroy our garden and jokingly tell me (when I complained) that they didn't do anything bad and that he should charge me for free fertilizer.....but when one of my chickens strays two feet off the property (we only have an acre), he calls the cops and tells them that my chickens are "roaming at large". Of course, I'm sure that my chickens would have stayed on the property as they usually do had his daughter not been riding a 4-wheeler right along the property line! AAUUGH!

Anyways, here's a picture of some of the flock. We have 3 Barred Rock mix (1 roo, 2 hens), 5 RIR hens, 3 Golden Phoenix hens and a mystery rooster, and 3 buff cochin banty hens...one of which I think is broody.

This is a picture of our current setup with the fenced in area. The fencing is a plastic poultry net and stakes I got at Lowes. Yes, I know that animals can chew through it, that's why I lock the chickens up at night when they roost.
Hrere's a link to more photos of our chickens. http://s4.photobucket.com/albums/y115/ptig78d/Chickens/
Thanks for checking out my page! I look forward to talking with you on the forum!