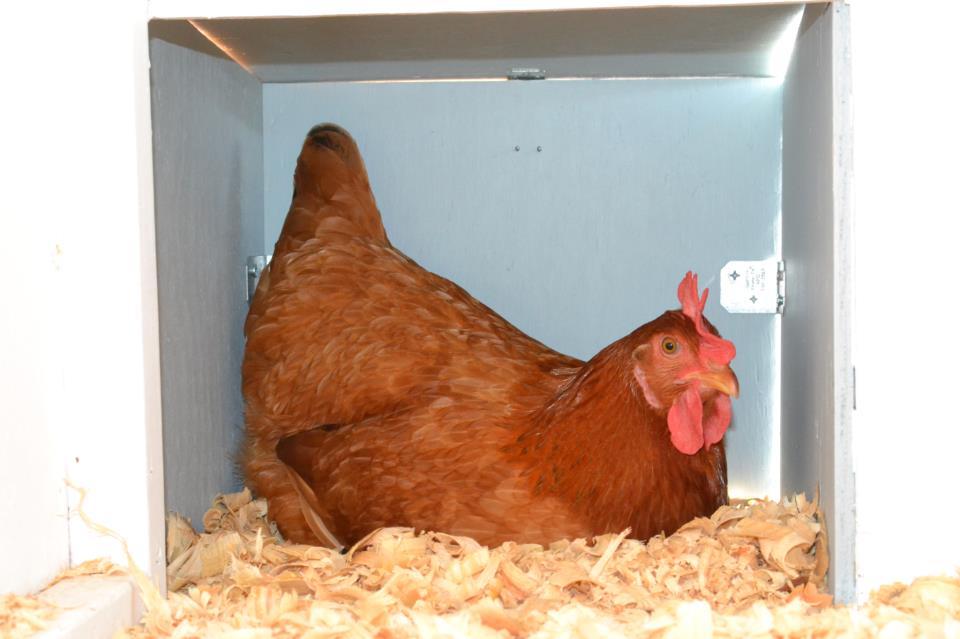 The New Hampshire were developed from the Rhode Island Red around 1915 in New Hampshire....
Overview Reviews (64) Gallery (14)
Leave a rating 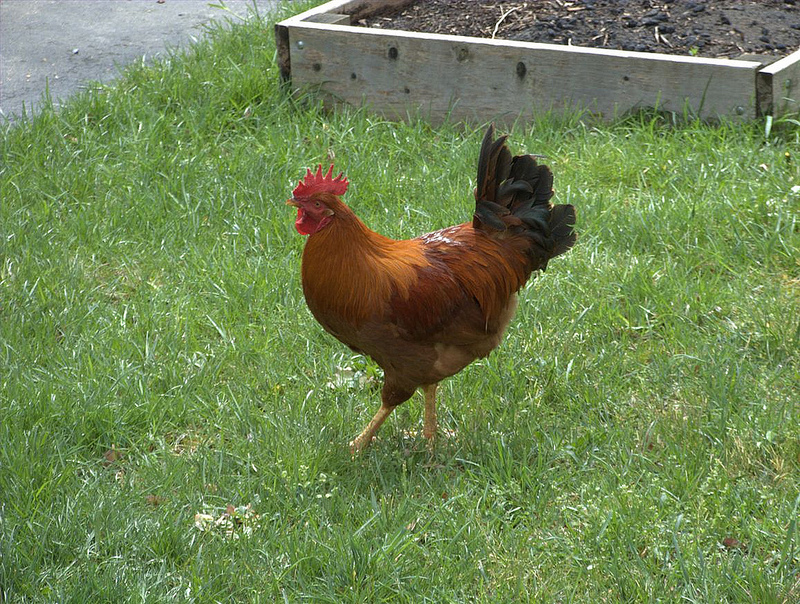 The New Hampshire is an American breed, developed beginning around 1910 in the New England states from the Rhode Island Red breed. The New Hampshire breeders selected for a vigorous dual purpose bird, one that would be early maturing, very fast growing, fast feathering, and producing a good table bird with hens having good egg laying ability. By the 1930’s they had successfully developed the New Hampshire to the extent where it was a popular breed choice for commercial egg production, used as crosses in the commercial broiler industry on the east coast, and were popular entries in the Chicken of Tomorrow contests which led to the development of the modern broiler industry.

It was admitted to the APA in 1935 and are very popular as show birds today. The APA recognizes one color, that being a rich chestnut red with black tail feathers. Birds kept outdoors will often find their red color is prone to fading. They are found in several other colors, including blue and white in other countries.

They are friendly birds with people, usually making good pets, and can be tamed fairly easily. They are good foragers and do well free ranging. They are vigorous and competitive and should be watched that they aren’t overly bossy with gentle breeds. They are quite cold hardy and good winter layers. The hens will go broody and are good mothers.

It was recognized by the APA in 1935.
It is on The Livestock Conservancy's Watch list. 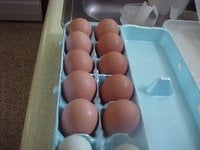 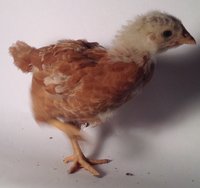 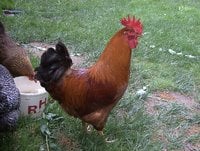 Pros: Great egg layers
Pretty
Good for all weather
Quiet
Cons: Skittish
New Hampshire chickens are pretty cool. They lay a lot of eggs, have nice colored feathers, handle all weather well, and aren't very noisy. HOWEVER, they are definitely not lap-chickens, and will usually not let you handle them.
Pros: Curious and full of personality
Smart
Mine was a hen but she still protected the flock well
Not taken by predators easily
Cons: Can be aggressive to new chickens
Escape artists
I absolutely LOVED copper! So fun to watch. Head hen. She was very curious and often found the best worms and such, and loved free-ranging. She also could escape and fight off any predators. Helped our EE roo Fluffy defend the flock from chickenhawks. Fluffy was very laid back so Copper led the flock a lot of the time. She loved me too!

She didn't like new chickens though. Would tolerate them but would sometimes be aggressive. Never escaped the coop but would always be searching and finding ways to escape the yard.
Reactions: flwrldy
Pros: They are sweet
Docile
Easy to love
Smart
Cons: Um they may not be the most exotic breed
They are the standard brown and black
They look like the buff sussexes
She went broody and hid
i love my little butterscotch
She is a New Hampshire red that is awfully sweet. She may be the standard black and brown but I wouldn’t have her any other way
Reactions: flwrldy and Thomas Lamprogiorgos
Read more…

I think this is great. She gives you love and eggs what more could you want. Sorry to say my chicks are only interested in the food I bring them!
Great , she is a very fortunate chicken.
Why do persons dump off chickens?/ Being an animal shelter volunteer we are accustomed to cat and dog dump offs, but,
chickens? Cannot they be placed ?
Nice story! Yes, she's very fortunate. Glad she's returned the favor

I have one NH red and she is a great chicken, follows us around the yard, begs at the back door and give me an egg almost every day, even so far during the winter. I'd like more.
We have 6 hens and they are the most docile and curious things.....
A great layer, too! We generally get 5 or 6 eggs per day.....
I have a trio of bantams and they are very happy chickens, good layers, and easy to work with.
Our 2 new hampshires are XXL birds. Sweet disposition, but really shy. They both got bumblefoot last year because they are so heavy that jumping from the top of our first coop caused injury to their foot pads. These birds are huge. Like turkeys. Now we have ladders to everything. They are too heavy to jump more than 6". The bumblefoot is gone but we must be careful still. Cute and good watchbirds. They can see a hawk a mile away.
They are very beautiful chickens

I purchased my birds at TS and was told that they were RIR, but they do not look like RIR's ... they look like NHR. I am wondering how can I be sure?
Looks just like my New Hampshires
I have two gorgeous New Hampshire hens I bought from a feed store as chicks. I'm debating whether or not to keep them - I see Cackle Hatchery says they only lay approx. 120 eggs per year, which is only 2/week. Is that your experience with them? I really like how rapidly they've grown, their personalities, their body type and color, but don't want a poor layer. Thanks
Thank you for this report of their egg laying prowess. I saw on Cackle Hatchery's website that NHR lay only 120 eggs/year, and I was facing getting rid of my young ladies as a result. You've given me reassurance when I really needed it.
Hello , I am also a Newbie ..From what I have read ..
Some Roosters are just mean . I believe he will get worse . Most people Eat them . There are too many males around ...Get another Rooster .
or if you dont want more babies ...Dont have a Rooster at all . The hens will still lay eggs ..and they will be friendlier with out a rooster ..As he sees you as a rival or predator ..( do you move fast toward him ? or have you tried to soften him up with treats ? Do you have a craigs list near you ? Search it for roosters for sale ..You should find some ..Most raisers have too many .
i love your pic in profile.. is that your rooster..?
I wish! Although my hens are beautiful in my eyes, alas the photo is the one that comes with the Breed Review. Thanks.
I dont want chicks i had purchased him at a farm store thinking he was a she but im not gonna turn my back on him he is just doing his job not his fault just instinct i guess. We will make sure hens dont sit on eggs i dont want to end up with unwanted roosters. And will try to keep are distance.
oh thats my dream rooster too.. haha.. and your girls are beautiful
Or you could find some one to give him too . sometimes people are looking for a rooster . It is not his job to be mean . Many people have roosters & they are not mean . He is trying to dominate you ..
Hear are a couple links to read http://shilala.homestead.com/roosters.html
http://answers.yahoo.com/question/index?qid=20070503071406AAJC8T1
I hope this helps
My 3 NHRs grew more quickly than their RIR counterparts. Now at about 9 weeks, two of them are actually starting to cluck - everyone else is still peeping. All 3 are prsonable, and always watch me closely when I'm working with my 3-week-olds - guess being a Mommy is in their blood, and they want to make sure I don't do something wrong!
Cute hen!