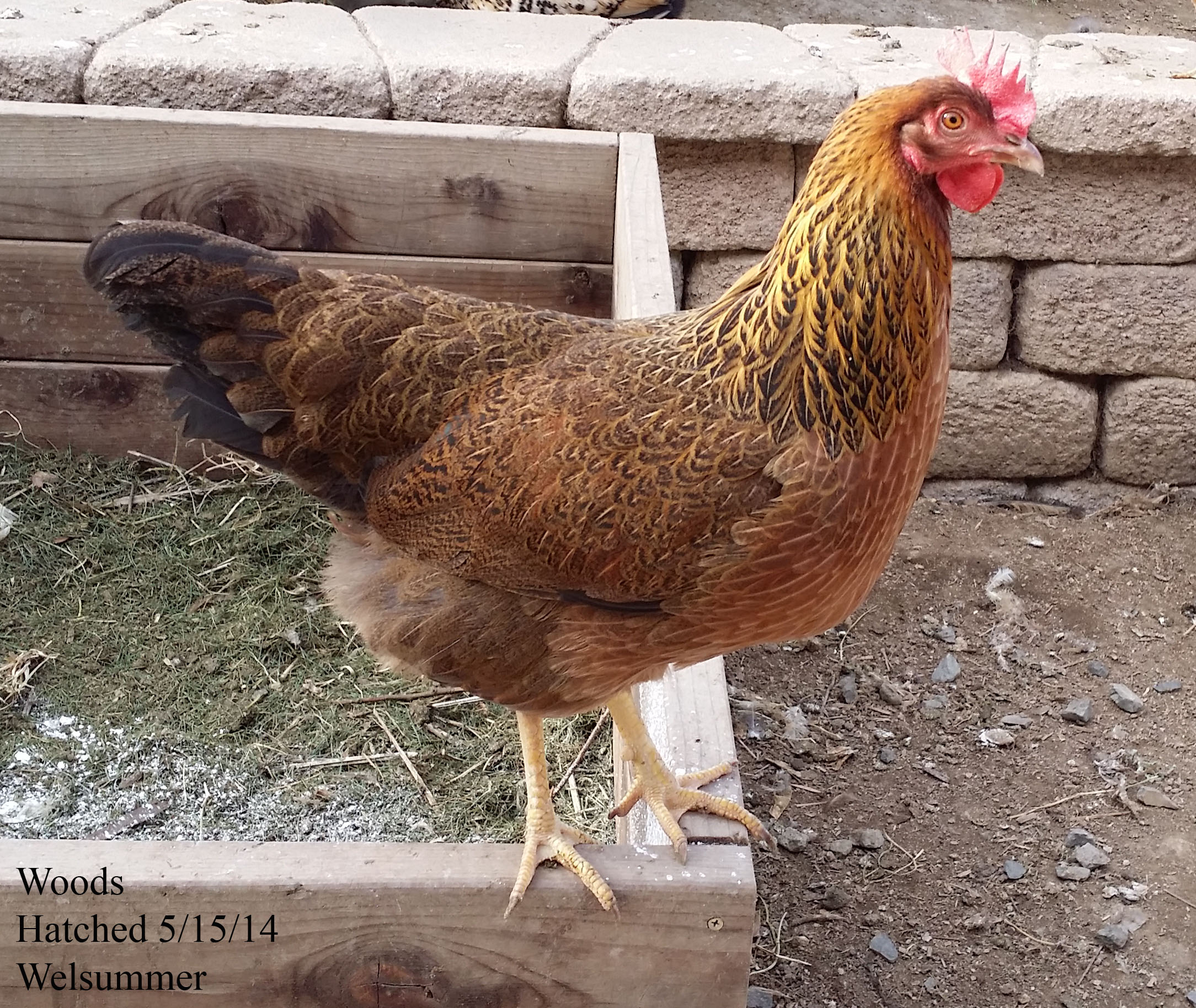 The Kelloggs Cereal rooster is none other than the Welsummer. The Welsummer is prized for their...
Overview Reviews (99) Gallery (29)
Leave a rating 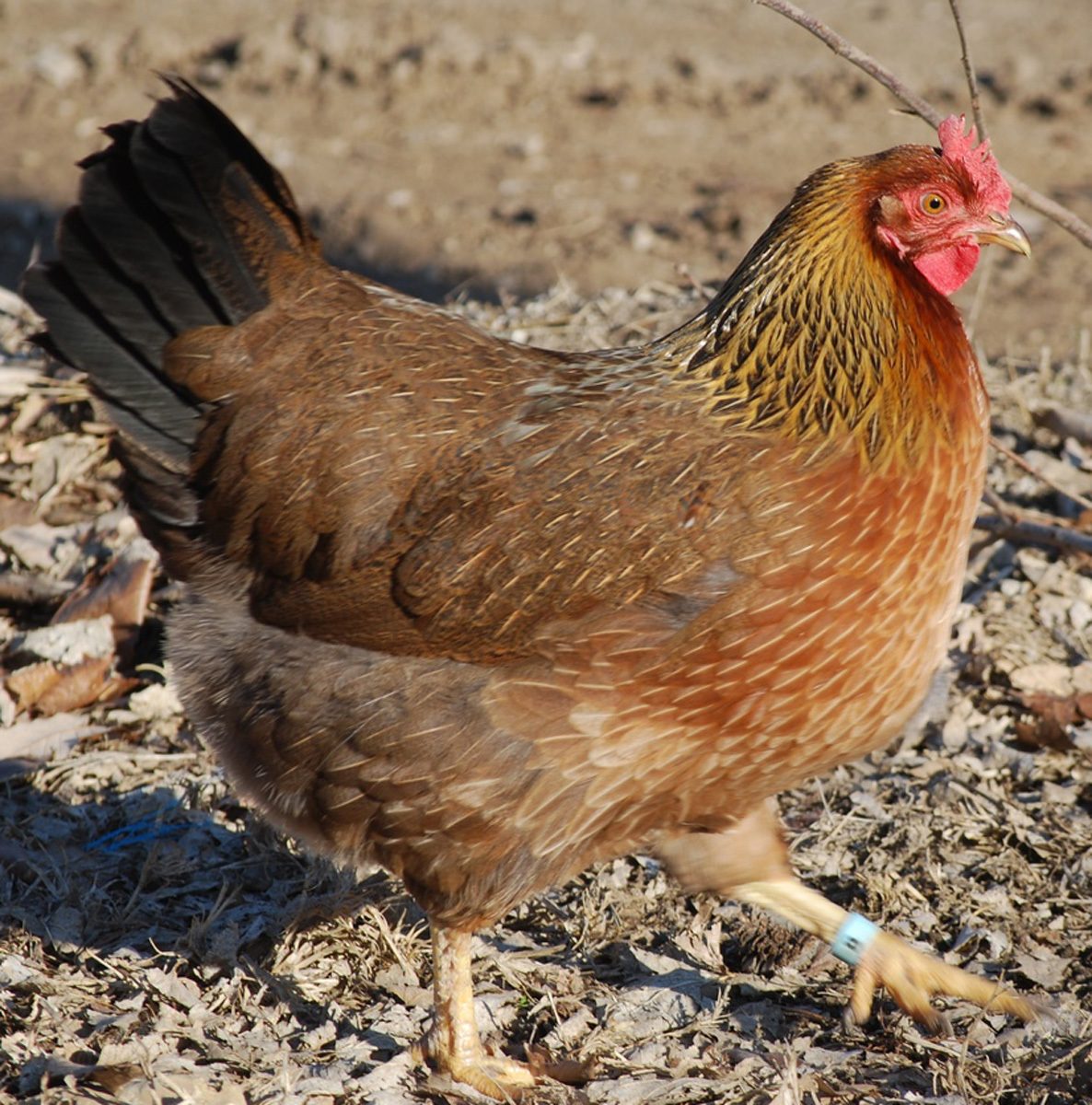 The Welsummer breed originated in the town of Welsum, Holland. In the early 1900’s a farmer’s son in the area began concentrating on improving the local birds and he soon developed an exceptional line. His birds were shown at the World's First Poultry Congress in 1921. In the next few years fanciers wrote a breed standard for the Welsummer and in 1927 a Dutch association of Welsummer breeders was formed. The Welsummer became widely known when their eggs were exported to other European countries for the commercial egg trade. There the dark brown eggs were a huge hit with the public. Welsummer hens are justly famous for their very dark terracotta brown eggs, which are often speckled or spotted.

The hens have a nice disposition and do good in mixed flocks. They are also very good layers, with some hens laying up 250 or more eggs a year. The egg color and production make them a very popular addition to backyard flocks for people looking for a dark brown egg to add to the egg basket.

Barnevelders, Rhode Island Reds, and Partridge Leghorns are amongst the breeds that were originally used to create the lines of Welsummers we have today.

The most common color of Welsummer is by far the Partridge, though Silver and Gold Duckwing also exist. They are single combed, the hens are fairly cold hardy and they will go broody occasionally.

The breed was recognized by the APA in 1991. 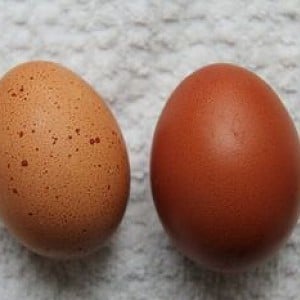 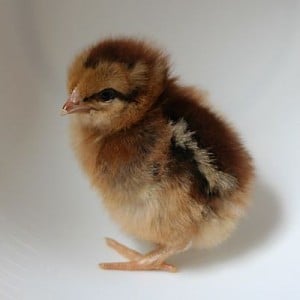 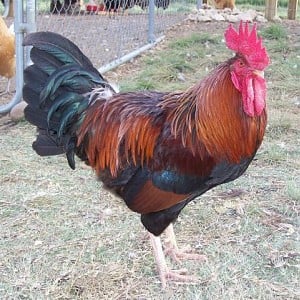 For more information on this breed and their owners' and breeders' experiences with them, see our breed discussion here: https://www.backyardchickens.com/threads/chicken-breed-focus-welsummer.980204/
Reactions: PioneerChicks, Arenas Chickens, Mimi13 and 5 others
Share:
Reddit Pinterest Tumblr WhatsApp Email Share Link

Gorgeous bird in general
Cons: Rooster can be loud
I’ve had 2 Welsummers. One was named Seoirse, who unfortunately passed away in a coyote attack last summer. She was very sweet and laid the most gorgeous eggs.

This year I bought another Welsummer. Her name is Luna, and she’s the most friendly of them all. So far she’s 9 weeks old. I just absolutely love them! (Pictures are of Luna)

Recommended for all ages, ranges of experience chicken keepers!

Pros: Good temperament, very nice speckled eggs, great forgers in summer
Cons: Rooster are loud and crow alot.
I have 5 welsummers 3 hens and 2 roosters, mine lay medium/large eggs every other day through the summer, the roosters are great protection for my flock, but crow alot and are loud. Hens are also very chatty. They get along well with my other breeds and young children.
Pros: Beautiful, smart bird, lays dark, terracotta brown eggs.
Cons: Can be a little aggressive.
I love my Welsummer. She stands out from the flock with her gold and brown feathers gleaming in the sun. She also lays pretty eggs that literally look like chocolates. However, she can be bully to some of the other chickens but isn't that mean.
Reactions: ChickenGirl300
C
Charlie0928
how often she lays?

Starburst
About 5 days a week on average, less in the winter, more in the summer
Read more…

I love my Welsummers

Here is another positive vote for wonderful Welsummer Breed. Good layer, good looking, good personality.
just ordered some at the feed store
I love mine, but I also have a few more that are on that list. My Welsummers are some of my oldest hens and I think that is part of the reason that I am so attached to them.
Thank You for this information. I have heard and read from other keepers that they did not lay as well as any other in the pen.
Eventually I put some day old chicks under my persistently broody Wellie last Spring. She was a fabulous Mommy, taught those chicks really well, moved them into the main coop when she felt they were ready and turned them loose at about 8 weeks. If she goes broody again, I will let her set on some eggs this time. LOVE my Welsummers!!!
This is a good review, in my opinion. I ordered two Welsummer hens last spring but one fell to a dog while still in the brooder, and the other was a Beautiful Rooster, which the city forbids. Thanks for sharing.
Bob
My first Welsummers are now 14 weeks old...about when do they start to lay?
What is the website and contact information for Classy Poultry?
The sweetest hens I have ever had. I also got my younger ones from Whitmore Farm - one of them comes up to me to be petted. The very rich eggs range large to Jumbo and can be almost as dark as my Marans eggs.
thinking about getting three new chicks. wondering how this breed does as a group. want them all to get along. will be adding them to an already established Amearicaun rooster, and a buff orpington hen.
I agree about hatchery quality chicks. Not knowing any better I bought hatchery silkies. I was content until I met a show breeder. I quickly found a 4-H home for four of mine and purchased 2 Beautiful Splash Silkies. Buyer Beware. Research.
I have a beautiful pair of wellies but my hen stopped laying last year and although she looks to be in fine condition -great colour and healthy size. She refuses to lay . She has taken to sittin on the fake egg I keep in the coop to encourage lying - two hours today but no egg. my nephew who also keeps hens is convinced she's laying elsewhere she shows all the signs but no eggs. Love her to bits but what can I do?
If she forages around, she may very well have picked a different place to lay. Are you feeding her layena? If you don't they will slack off on laying.
Sh does forage around and is on Layers pellets too. There is no place for her to hide her eggs especially recently I have reduced the forage area while crops I've planted get established. She still looks great! just not producing.My other hens are ok. but they're not wellies!
What can I do to boost her into egg laying?
I have one Welsummer and she is now about 3 weeks old. She is very sweet and calm but as soon as picked up or we lift the cage netting lid, she is up in the air and flying. We have so far caught her immediatly every time she does this but are nervous how she much she would fly if we didnt catch her and weather she would get hurt.
One of my blackrock hens and welsummer cock have produced a a pretty little chick. If She is a hen can I expect dark brown eggs?
Ooh, what color are they?
If they came from a hatchery they're gonna be paler then say from a breeder, but in all fairness, to get really deep colored wellsummer eggs you kinda have to go out of the country (in my experince ^.^ )
Thanks for all the information. I am on here to learn about the birds and I especially love the Welsummer cockerels. Beautiful bird. No wonder why it is on the Kellog's Cereal Box. I dont have any as of yet but plan on starting this fall. I dont think I will start with chicks though. Would you start with chicks or older birds and do you have birds other than the Welsummers?
Thanks.