On the day after Thanksgiving, a whitetail buck came by the house during breakfast and he became venison for my family. I had to walk past the chicken coop to drag him out of the woods and looked in the nest box and found my first egg! It was from our Barred Plymouth Rock who has been bright red and squatting. That was an exciting morning! I had been looking every day but too busy on TGiving, and I’m sure that egg was from Thursday because later in the morning a second egg appeared and was much more regularly shaped. Today we got our first USDA large egg from her and she has laid 5 days in a row - verysurprised for a young layer and short daylength with no artificial light!

We used golf balls since 18 weeks old in the nest box and they appear to have done the job so far.

The Buff Orp is squatting for me so she must be soon behind and the others (Easter Egger, Partridge Rock, Delaware, New Hampshire Red) all get redder fuller combs each day.

These are June 6 chicks from Meyer.
D 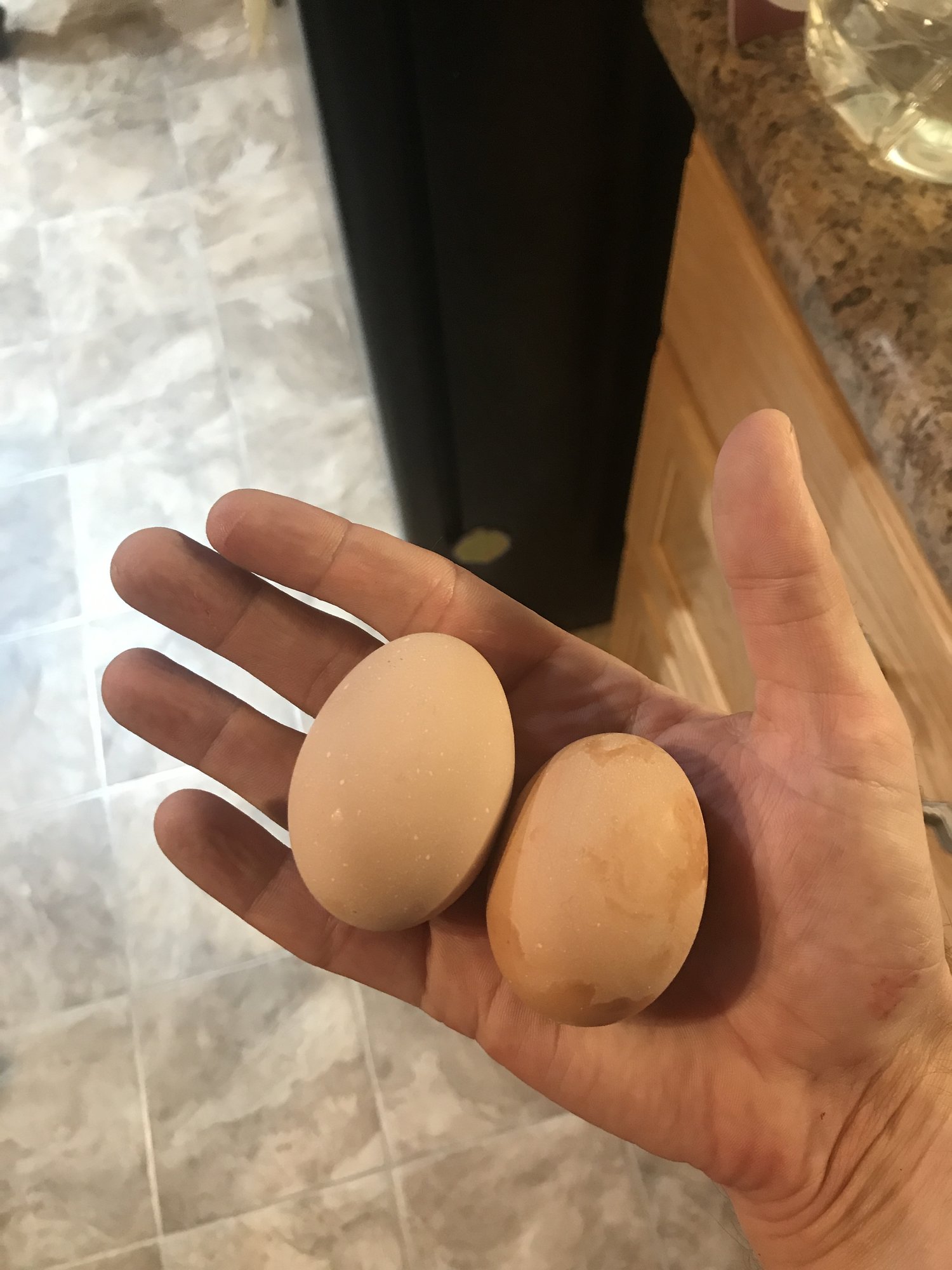 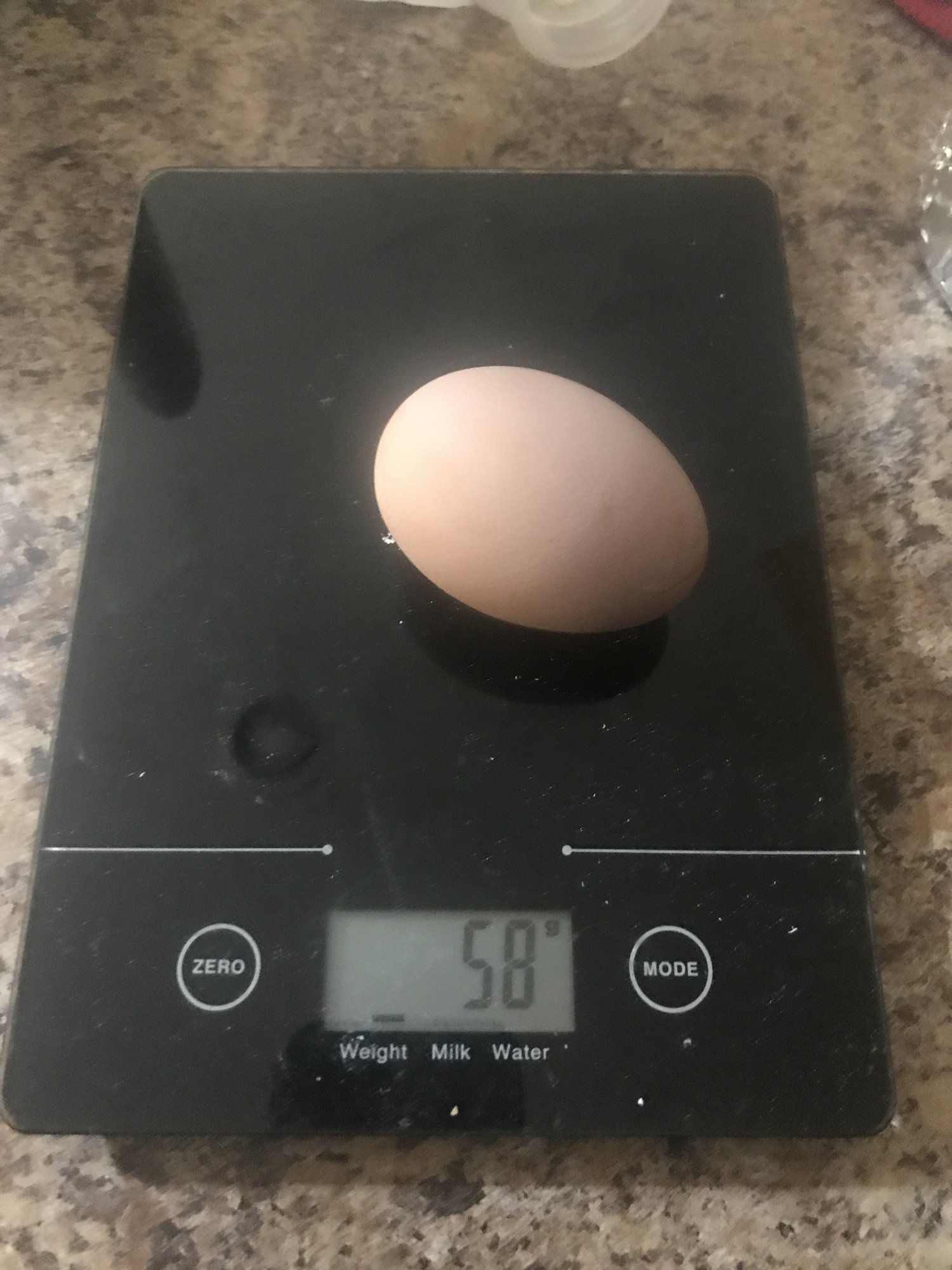 Congrats on the multi harvest(deer and eggs)!
Pretty amazing that a newly laying pullet went 'large' so soon.
Those aren't double yolkers are they?

Always the best feeling when they start paying rent. I remember my very first egg ever. I seen the pullet going in and out of the nest and acting like a weirdo. I sat with her for 5 hours, waiting for her to drop that egg! I was like a new grandma! LOL It never gets old.
D

aart said:
Congrats on the multi harvest(deer and eggs)!
Pretty amazing that a newly laying pullet went 'large' so soon.
Those aren't double yolkers are they?
Click to expand...

So far no double yolkers I didn’t open last nights yet.

Doc7 said:
So far no double yolkers I didn’t open last nights yet.
Click to expand...

Cool!
I've only had one bird, an EE, whose egg got big in the first week.
D 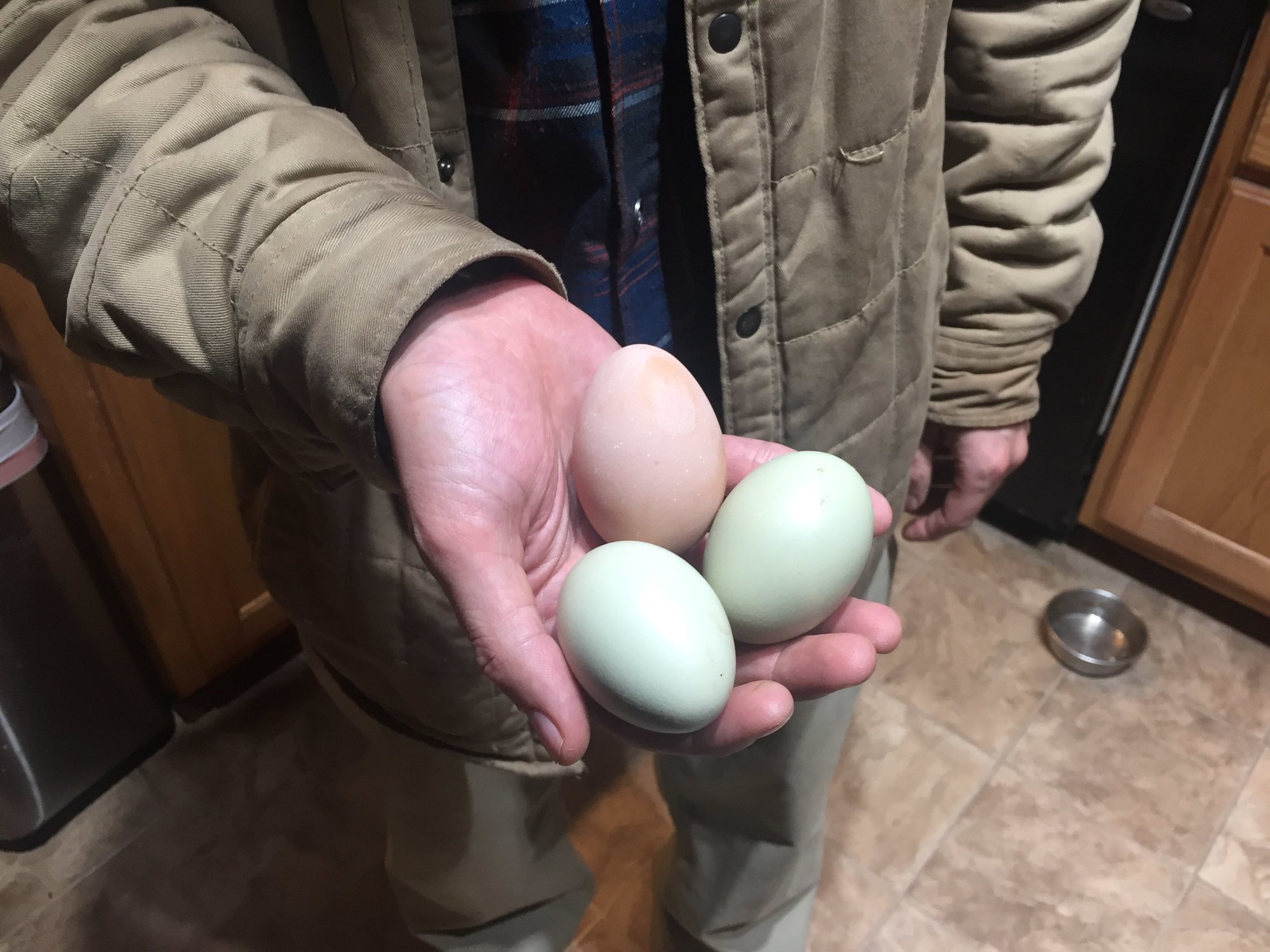 Look like my Easter Egger is laying, what a surprise!! Both were under the roost bar.

Congratulations on getting those first eggs! Looks like you'll have a pretty egg basket once they all get going

Doc7 said:
View attachment 1603846 Look like my Easter Egger is laying, what a surprise!! Both were under the roost bar.
Click to expand...

Geez, those look pretty big too!
What are you feeding those birds.....venison?

C
Is there anyway to tell how many hands I have laying at this point?