Hi guys! This little guy externally pipped and got his eggshell unzipped around his face about an inch, but stopped for some reason and hasn’t made progress in 24 hours.

It’s been 48 hours since the external pip.

Someone suggested assisted hatching which I started, and we were able to free him up quite a bit, but with half the shell gone, she still hasn’t come out on her own.

I stopped removing membrane when I felt that It was glued onto the chicks wing feathers.

It’s been over an hour since I assisted and the baby chick is still stuck inside her egg.

Should I continue removing the shell around her head, where the x is marked?

The photo is what she did to her egg before any intervention.

The attached video is right after I removed the last pieces of shell I took. 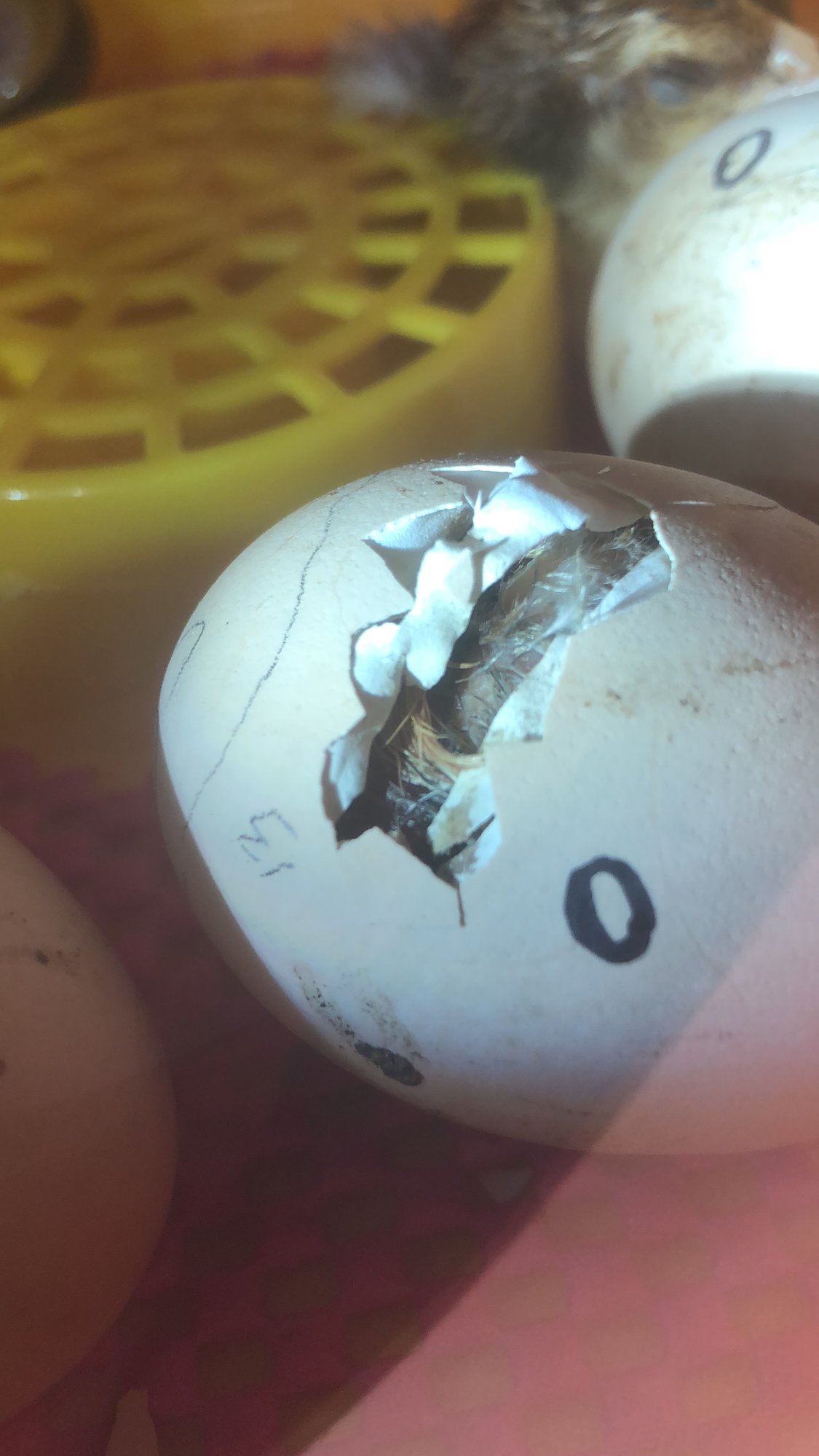 I’m not a hatching expert by any means, but when I’ve watched eggs hatch naturally, I know they are exhausted and need breaks in between... I would give it some time. It’s an exhausting process for them

Did she make it out?

L
My assist hatching video for others to see

H
My chick pipped the side 24 hours ago