My rooster is about one year old and he is recently acting aggressive. The weird part is, he is only aggressive toward humans. With predators it also seems like he isn't doing his job, we have lost many hens.

I will simply be outside giving them treats or just collecting eggs and he will sneak up behind me and start attacking. His neck feathers raise and he jumps up to attack.

Is this normal rooster behavior? I try not to turn my back but the minute I do he charges after me. He has also showed this behavior toward other people too.

If he's aggressive towards humans and not even trying to keep the hens close and/or alert for predators I'd get a new rooster... 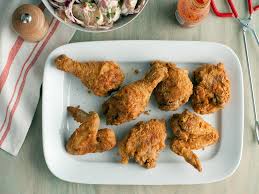 At his age, if he is human aggressive he should meet a crock pot. He won't get better and you shouldn't have to watch your back.

Personally I never rely on roosters as predator deterrents. If I were you I would have him with dumplings. Then lock up your hens until you figure out what is getting them.

Someone here has often said that nasty roosters taste best! The crockpot is good, if not yours, then someone on craigslist maybe. Lock up your survivors until you have the predator situation in hand. Mary

Squatting Rooster - what does it mean?