Home now. Here is a picture. 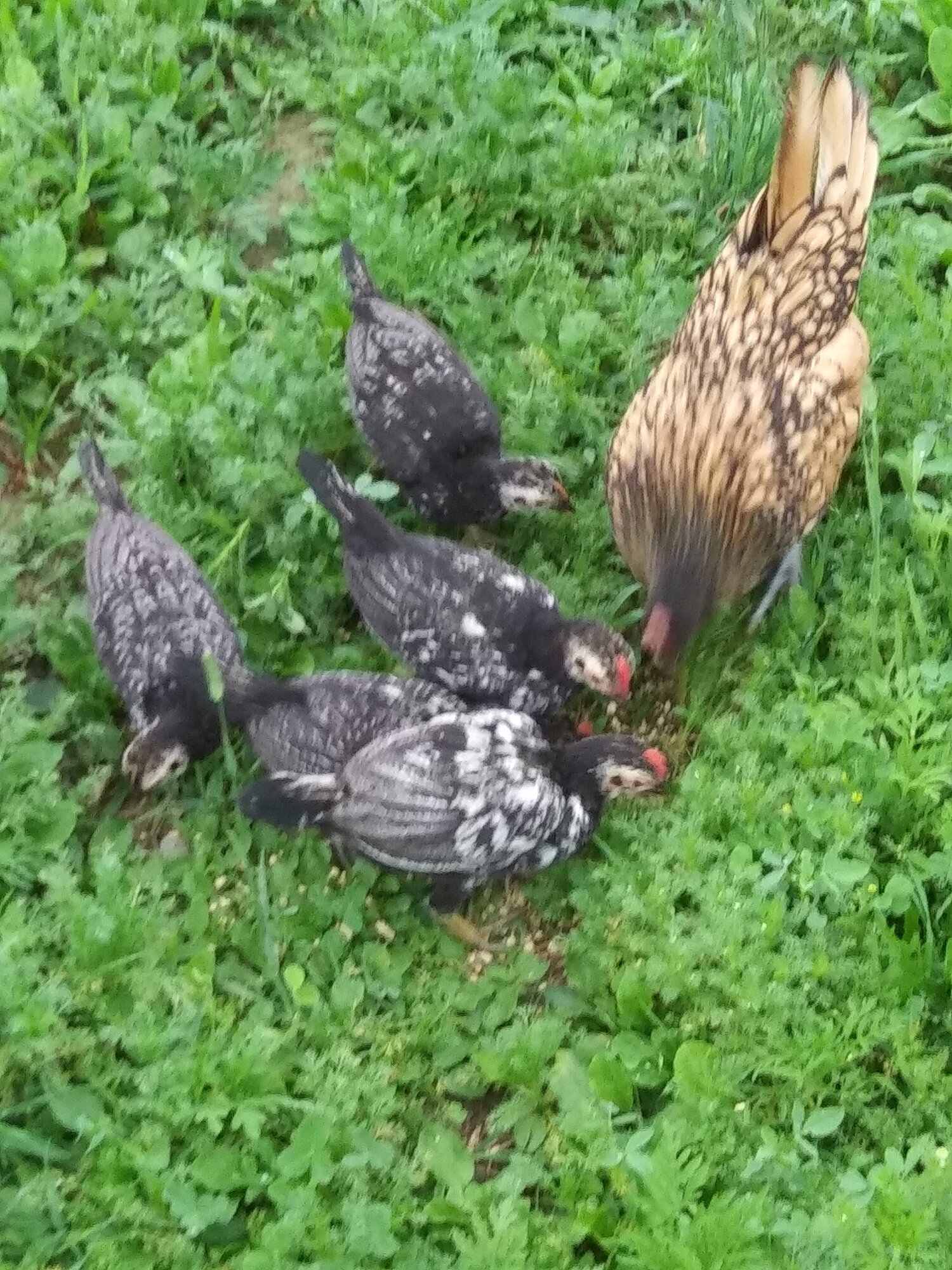 Here is a video of them eating.

Sorry for not updateing for some time. They haven't changed much. The males are more white then the hens. Danny left the babies today also. 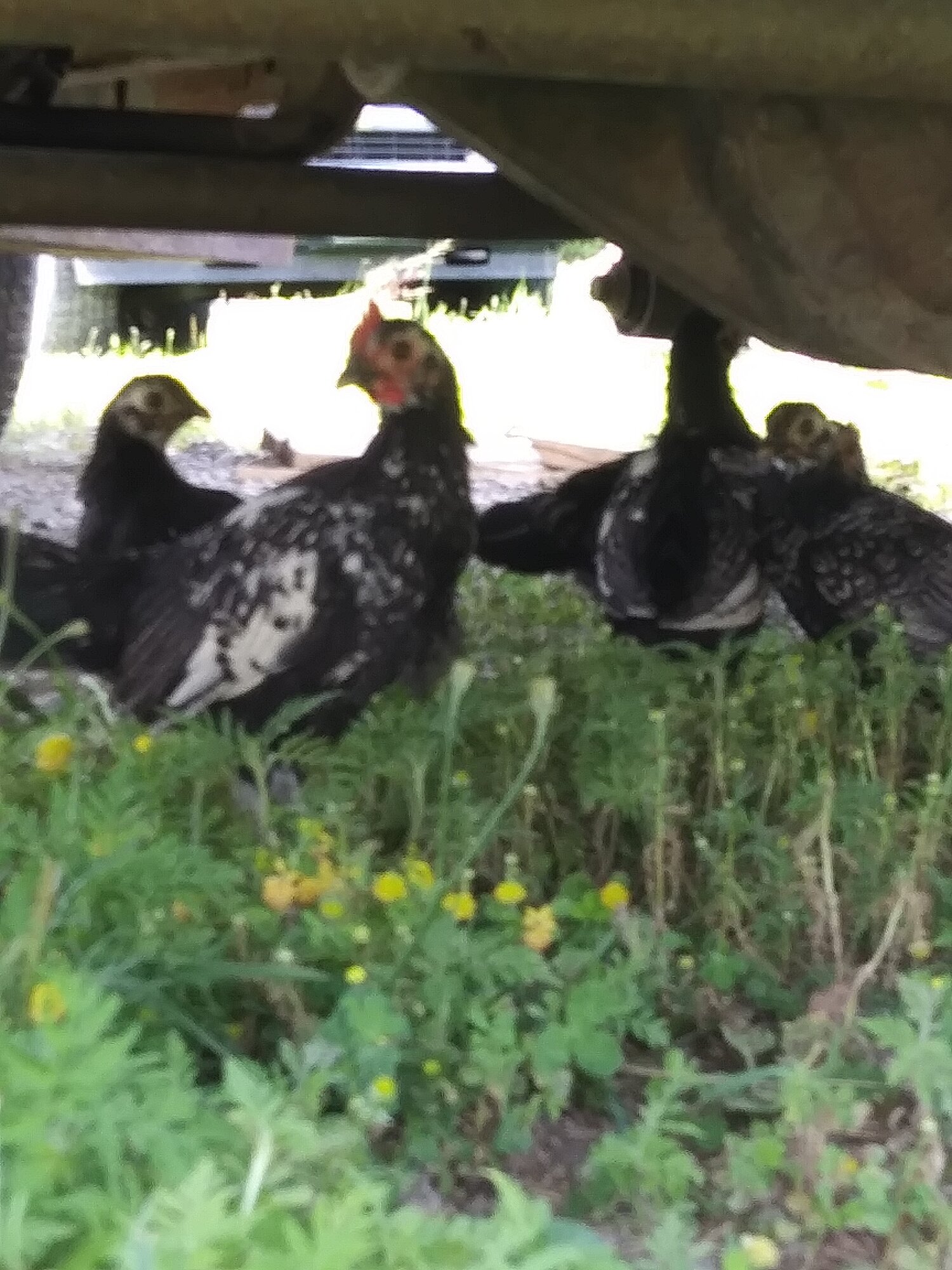 Also new chick, only one. Austarlorp + Silver Duckwing. She chuncky. And she LOVES me for some reason. Also she has a big fat bump of fat on her forehead and a big fat neck.

I still love her so much. 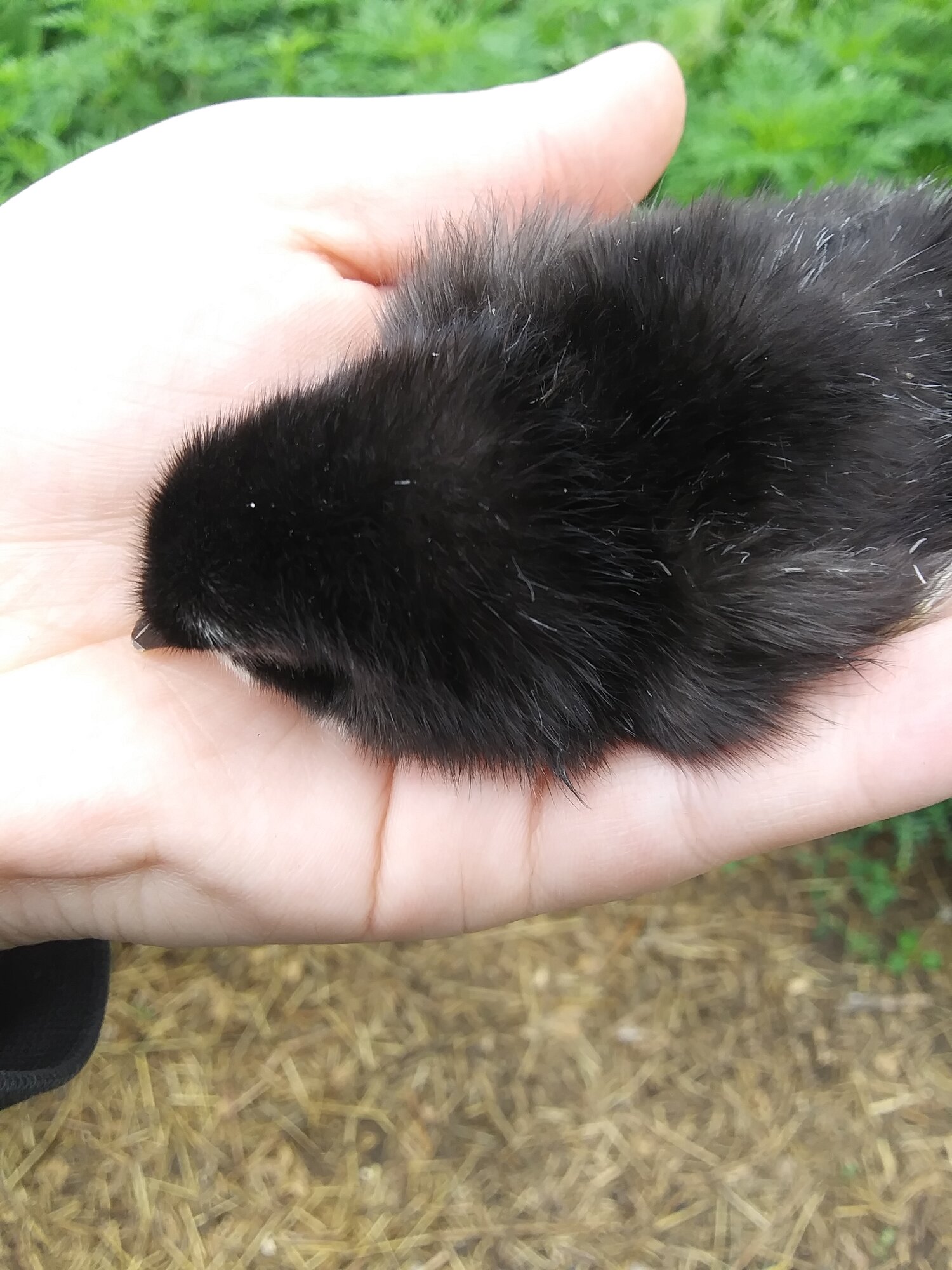 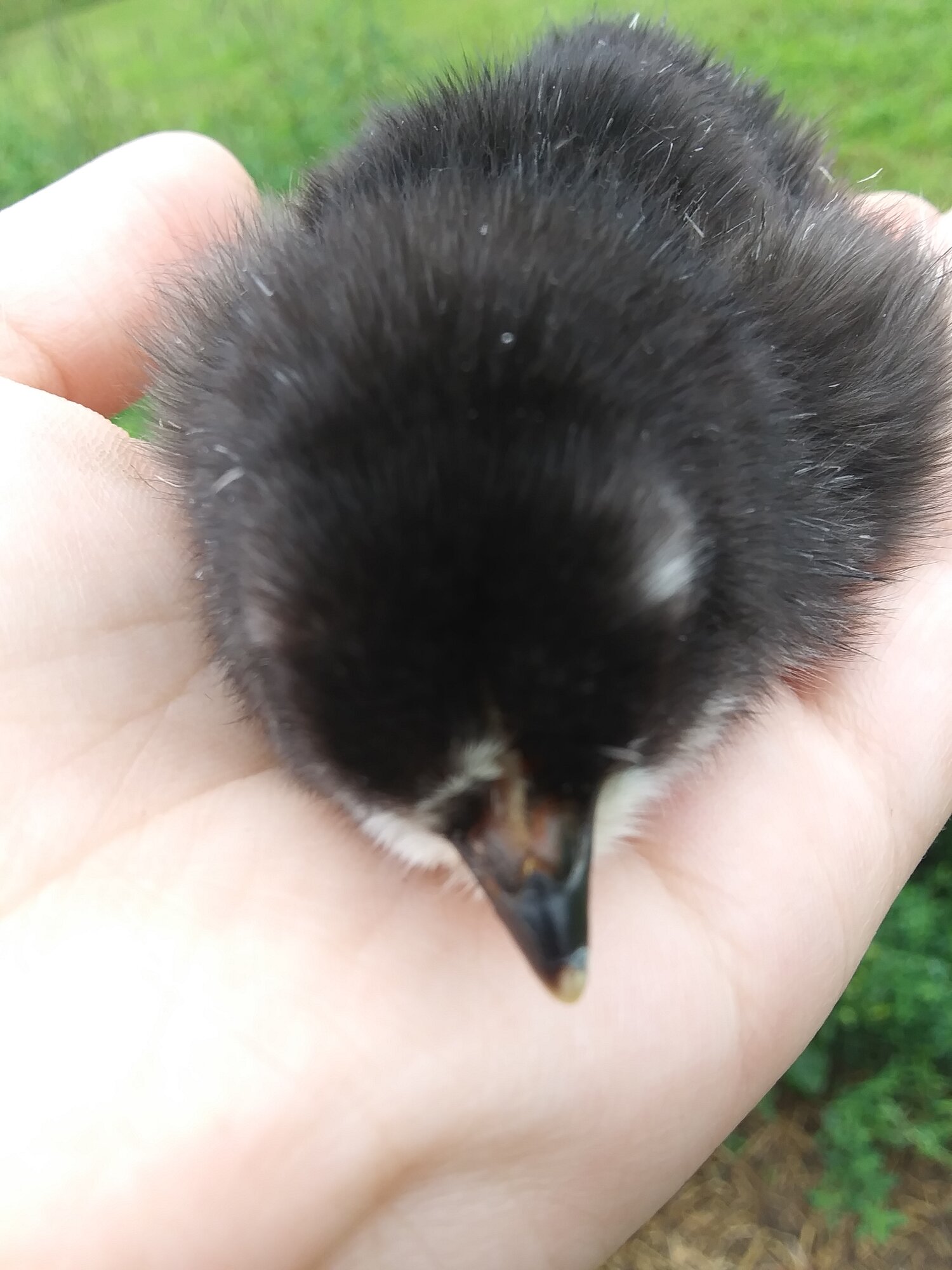 Well, something cute.
The chicks made a nest under a pulling thingy. All 5 were cudling but then one roo left. 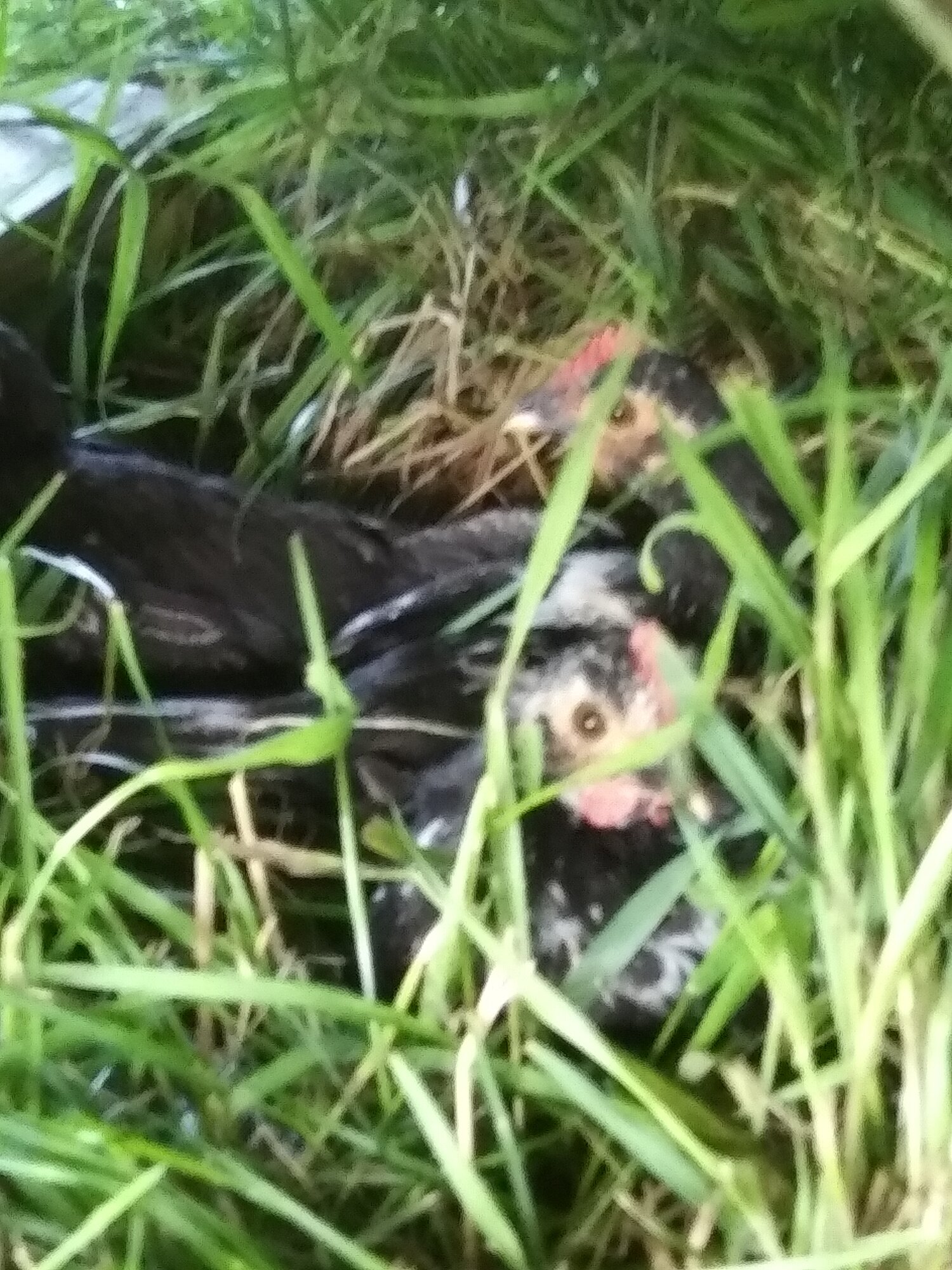 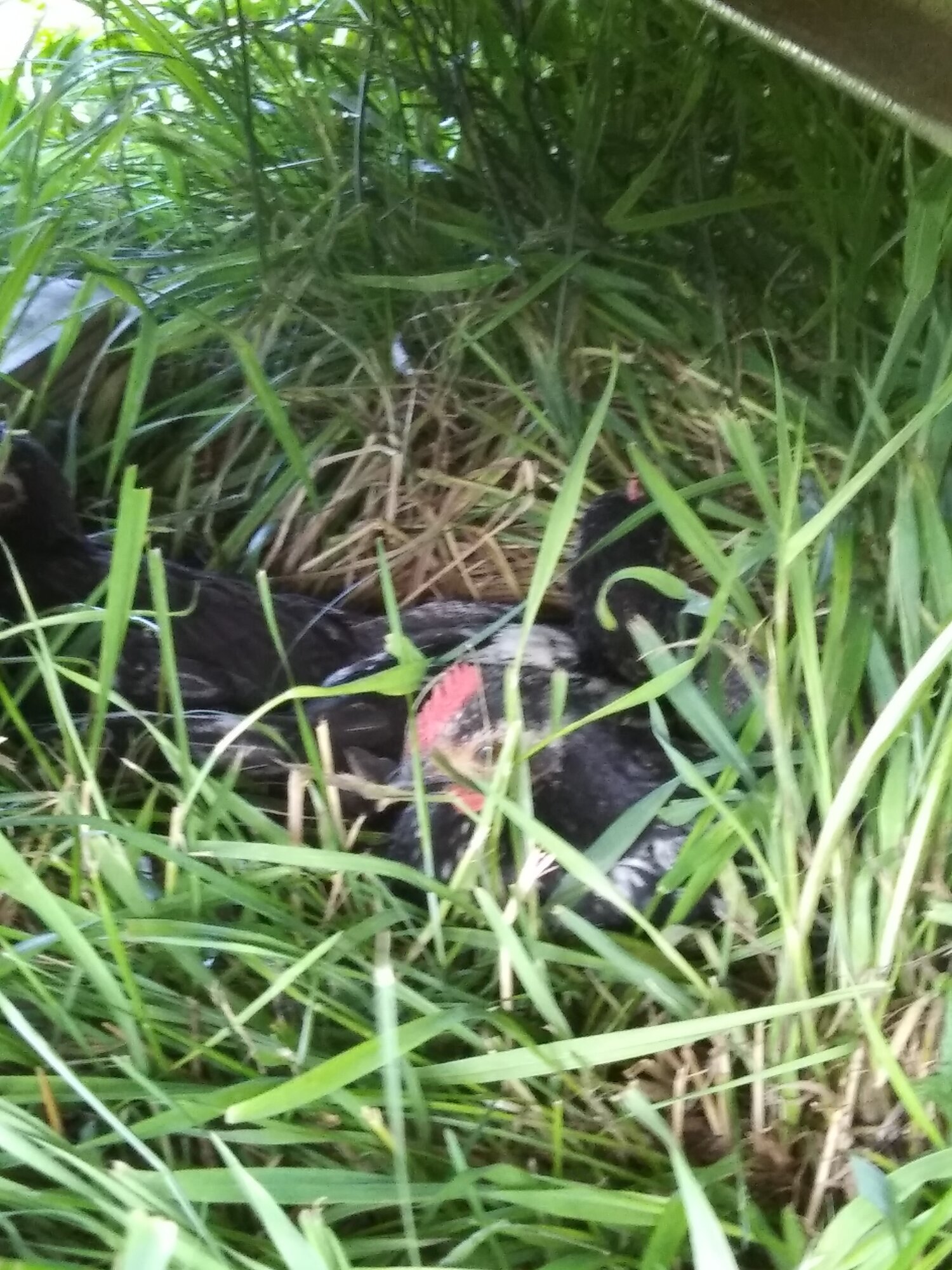 Tonight Danny slept with the other chickens while the chicks slept in the nesting box. I tried to coax one of the chicks to sleep with other older chicken, which did temp him. But Runt twirled around and pecked him. Weird thing is that the others chickens acctepted the chicks with sharing the same food, water, and near area when they are close to them. They haven't merged yet. But they don't alow them to cuddle at night?

Also, I know... My chickens group up at night. I'll take a picture tomorrow. They don't perch even when I found out that they needed perches and added some. Every night, even summer, they are just a feathery pillow of death and destruction, merged as one apex chicken. The only chickens that are on highter ground, on top of a nesting box, are 4 red sex link young chickens.

Ok not much has changed but one of the chicks are acting just like their father. Should I be concerned?

Also the combs! By gosh the combs! They flatten at the front and raise at the back. 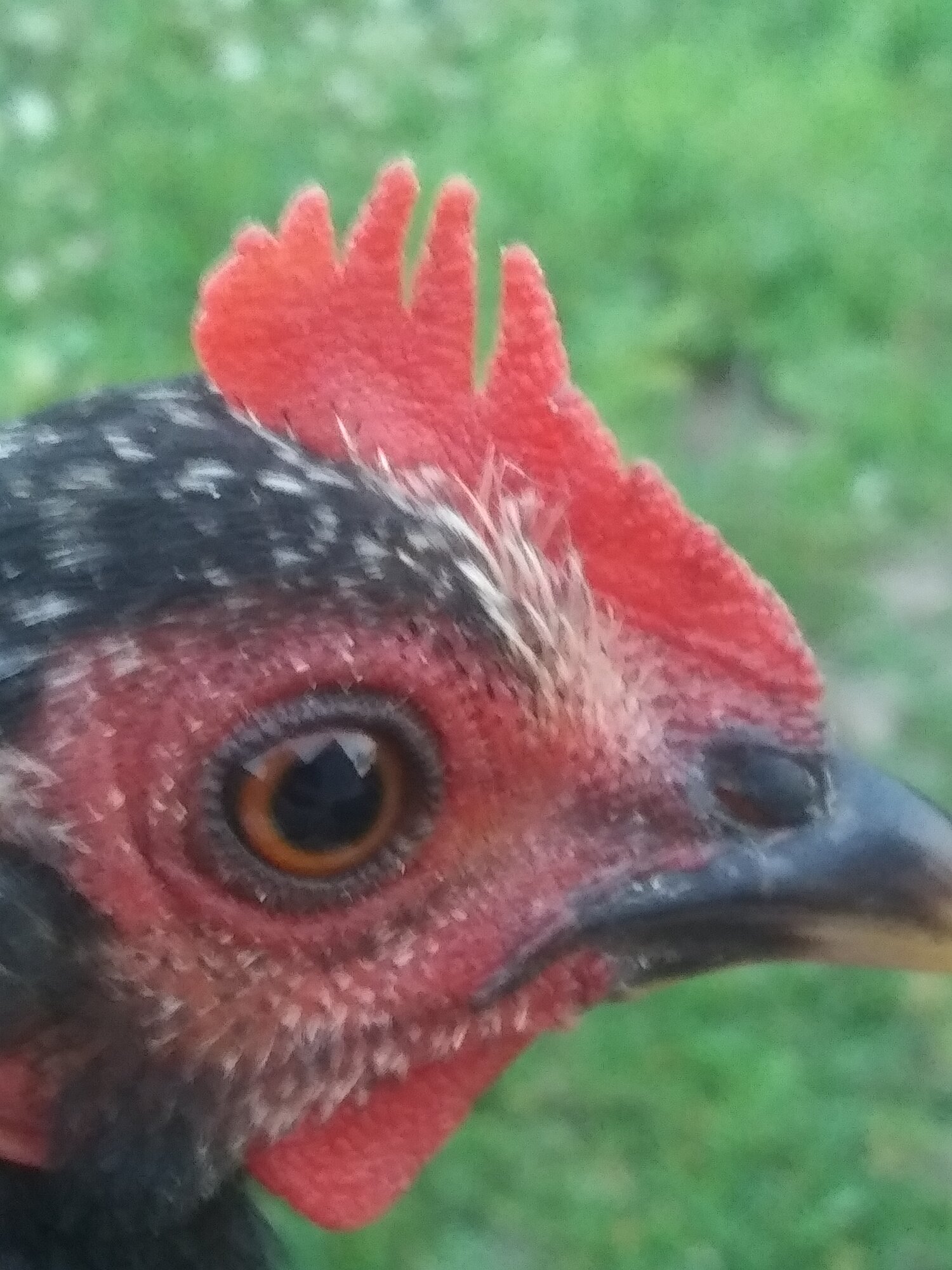 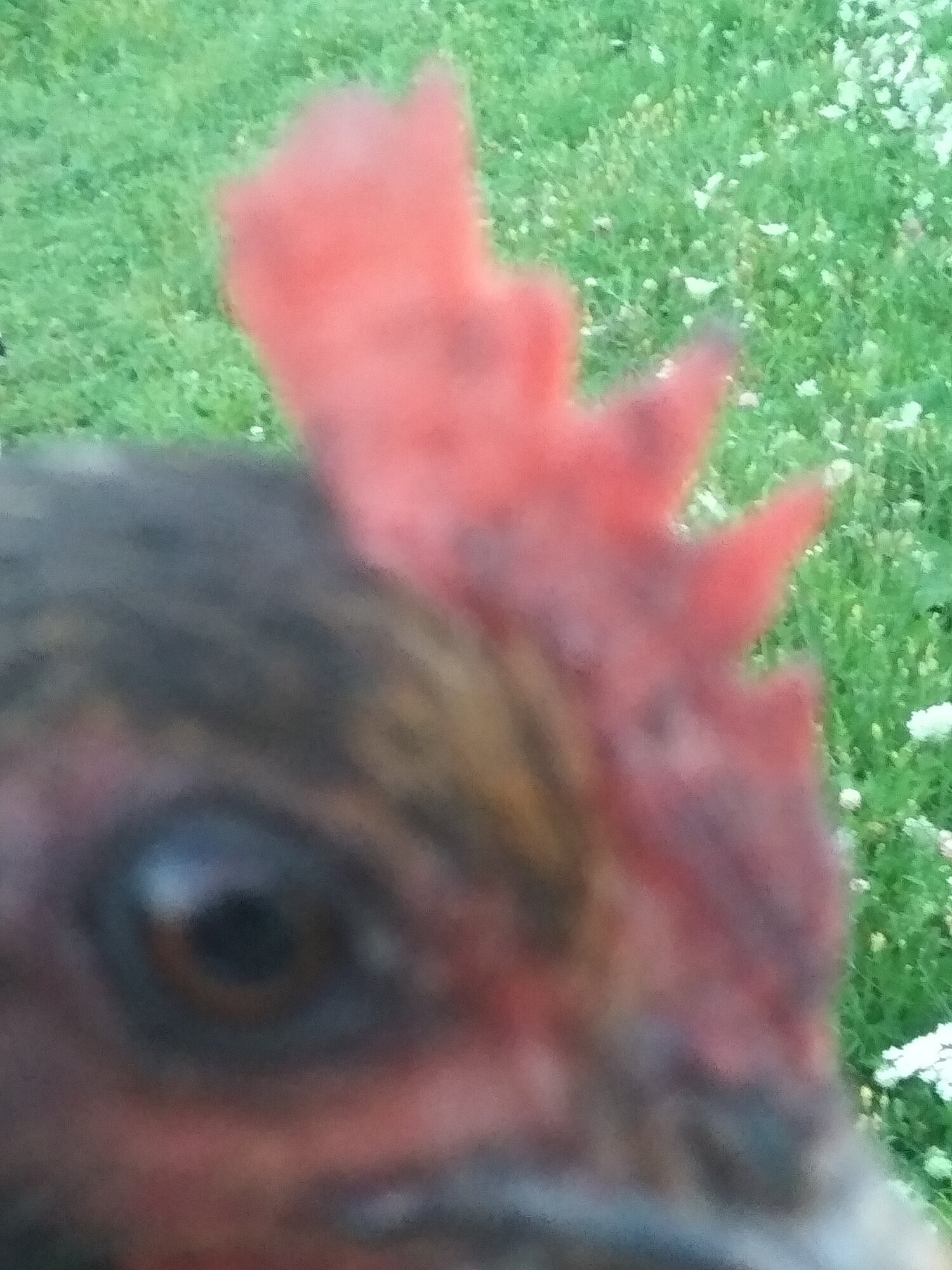 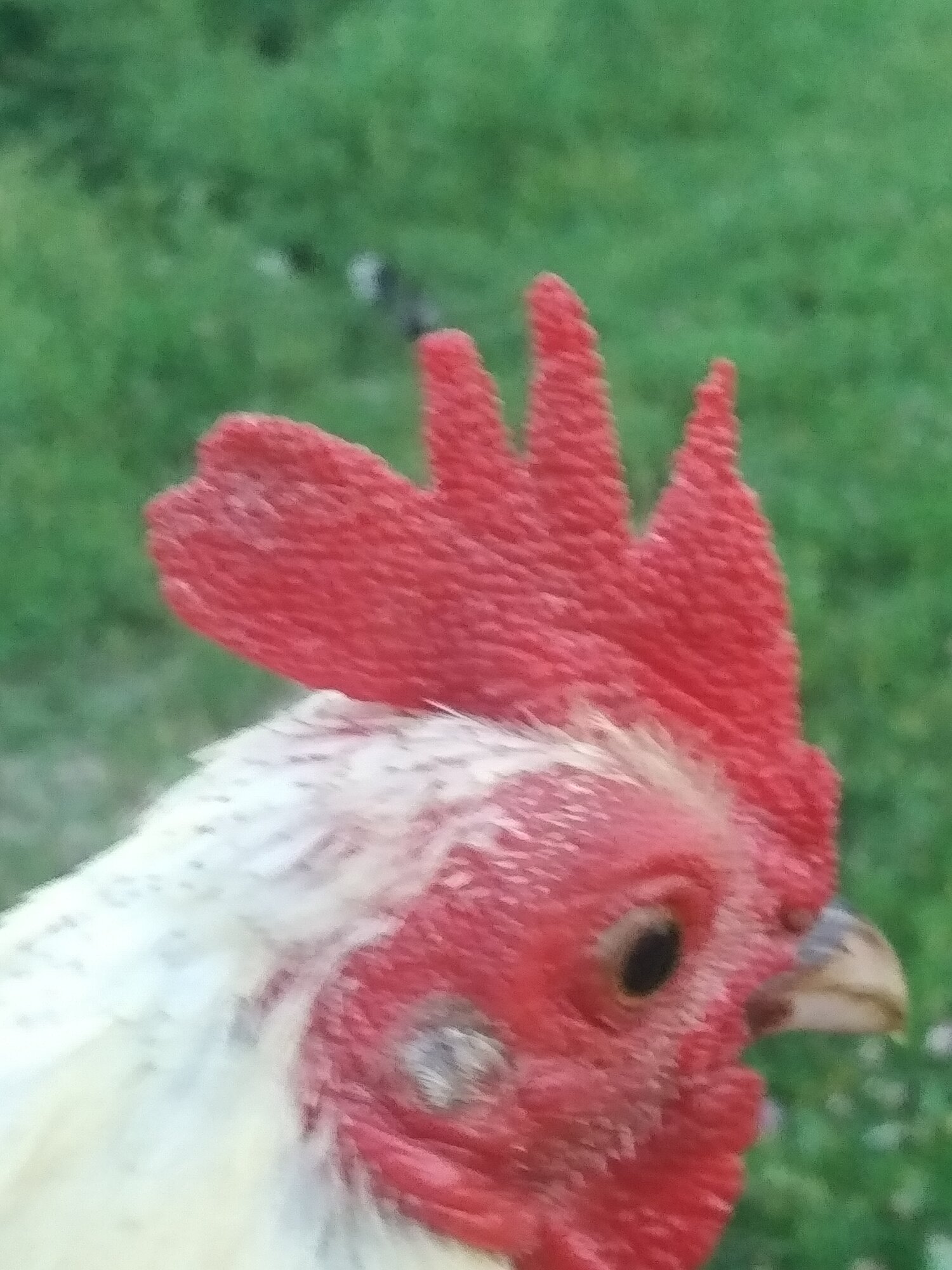 This is mini Falcon. He is so curious and like to give a few curious pecks. 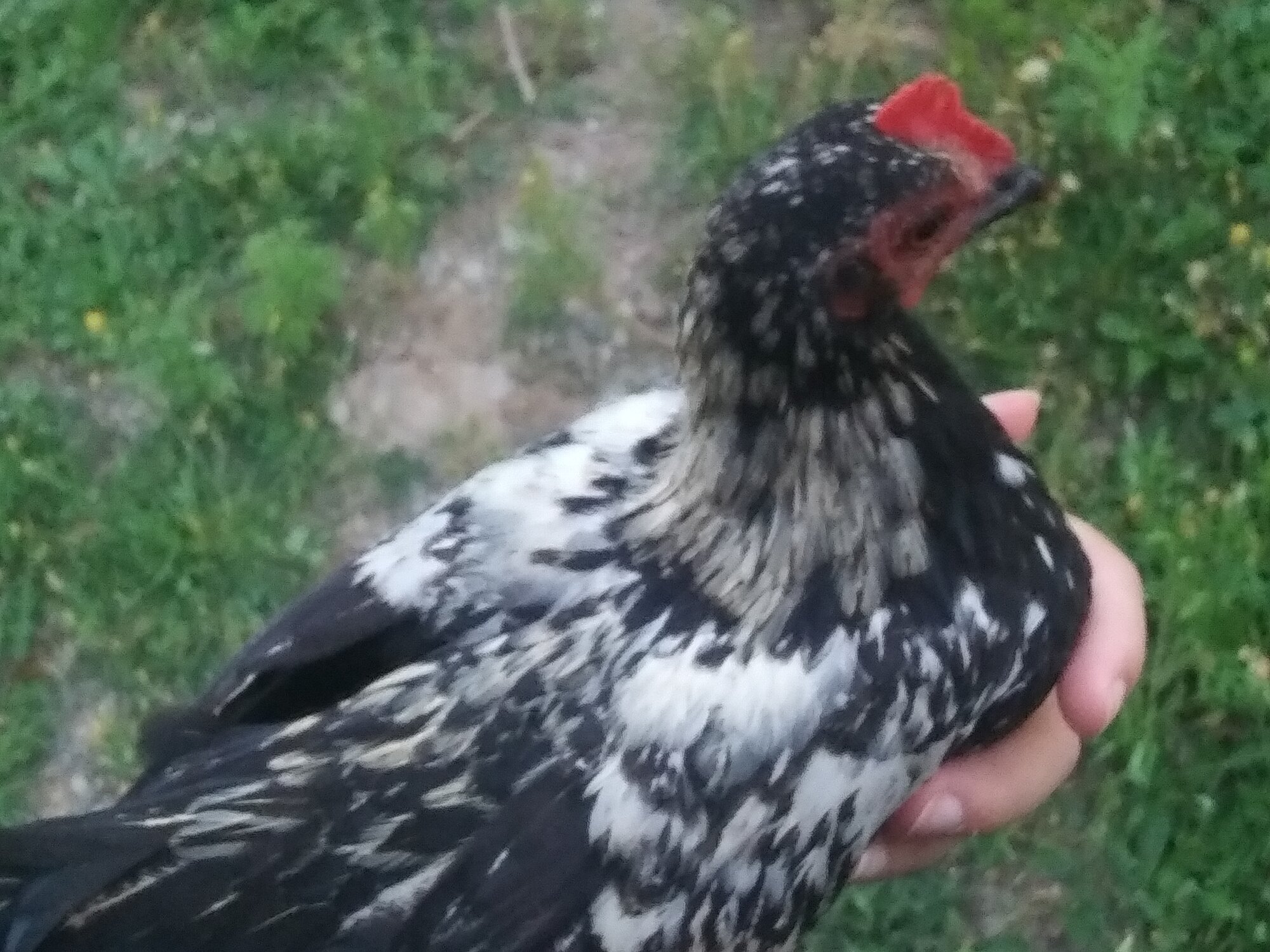 And one of his sisters. 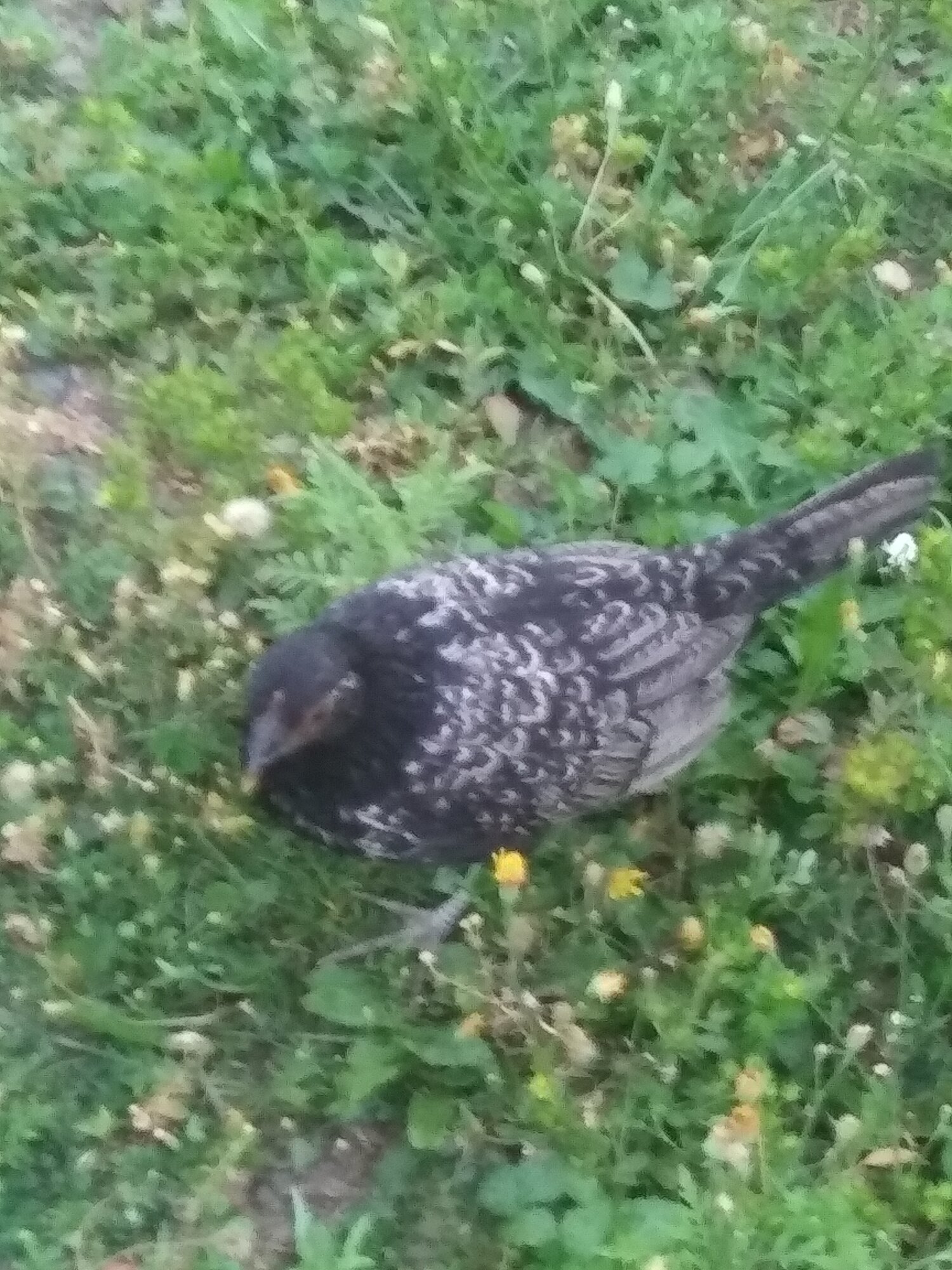 I really like the pattern on the pullet's feathers. So pretty!

And it's nice to "watch" them grow up with the updates

Very exciting! Are you getting any other work done??

lovesfarms said:
Very exciting! Are you getting any other work done??