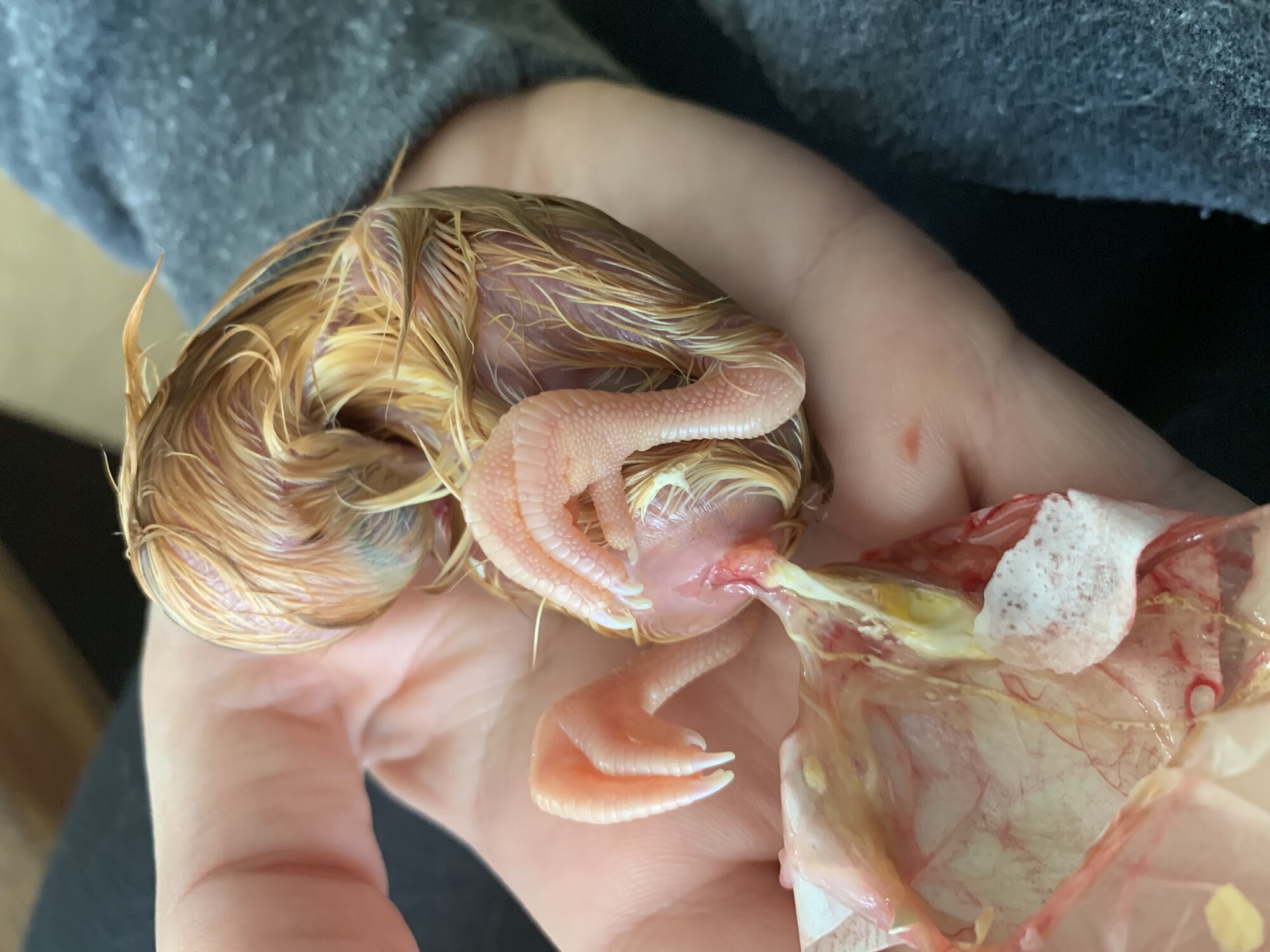 This is the first time being a mama for one of my hens, she’s having kind of a rough hatch. Anyway, three hatched and then this one finally pipped 2 days later. Well she left it alone all day so I brought it inside to hold in my bra until she hatched bcuz she got cold. I eventually had to assist her out of the shell... and now it looks like her little belly button may not be fully closed? I don’t know, this is my first time dealing with such a troublesome hatch.

What do you think? Any tips, or is she okay to put back with mom?

I would not put her back with Mom until she's up and walking.That belly button should close up.I would keep her warm and quiet for a while. Maybe some of the others have some better ideas.This is just what I would do.

That picture looks pretty good for a belly on a new hatch. Do you have a more recent picture?

I'd try putting her with mum if she's walking, but under very close supervision. Mum may not recognise her chick and if she doesn't accept her, she'll probably attack the "threat" to her own brood's food. A broody can and often will kill a foreign chick. The longer the chick is away from Mum, the less likely Mum is to accept her.

If Mum does accept her, they'll all need to be penned in a small space with food and water until the late hatcher can keep up with the others. Mum hens lead the chicks. If one can't keep up, that chick is a weakling and an acceptable loss. That's just how chickens are.

If Mum doesn't accept her, you'll need a brooder and at least one other chick for a companion. You can take one of the other three, or, if that makes you feel guilty, see if a local feed store is carrying chicks. Chickens are flock animals and do not do well on their own.

Wonderful, thank you for the tips! I kept her inside with me until she was almost fully dry, it was nighttime by then and I went out and snuck her under mom. I came out and hour later and mom was still happily sitting on all babies. I’ll check in a few hours.
This is all new to me, and I wasn’t sure if that belly button was normal, heh.
Thanks again! I hope mom accepts this baby when they’re all awake

If this happens again I would take some scissors and cut back some of the left over membrane. If it get stepped on or tugged it can pull the chicks insides out.

E
HELP What do I do once chick has fully hatched?
2