I have an Ameraucana chick that has developed cross/scissor beak so I've been mixing up baby bird formula and chicken food for her to eat. She (not sure the gender yet but I'm hoping for a pullet) comes to the door when she's hungry and has been consistently gaining weight. She's still half the size of the other chicks but has been steadily catching up. I've noticed the feathers on her neck have been falling out. I know the other chicks aren't pulling them out because she usually stays in the house unless I'm outside in the coop. I've read that is could be from malnutrition but the only feathers missing are on her neck. Any ideas on what's causing her to lose feathers?

What's the protein content of the baby bird food? 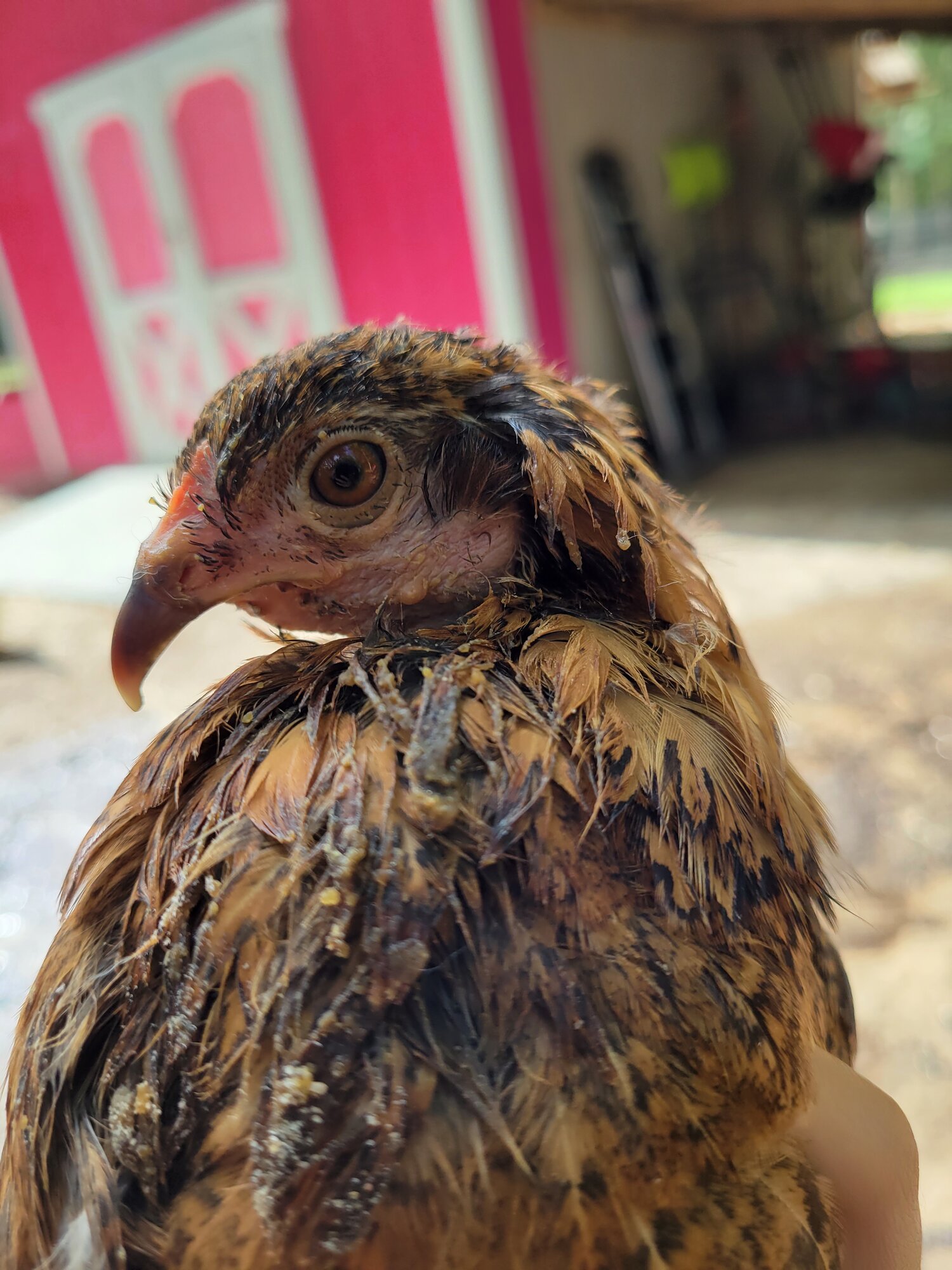 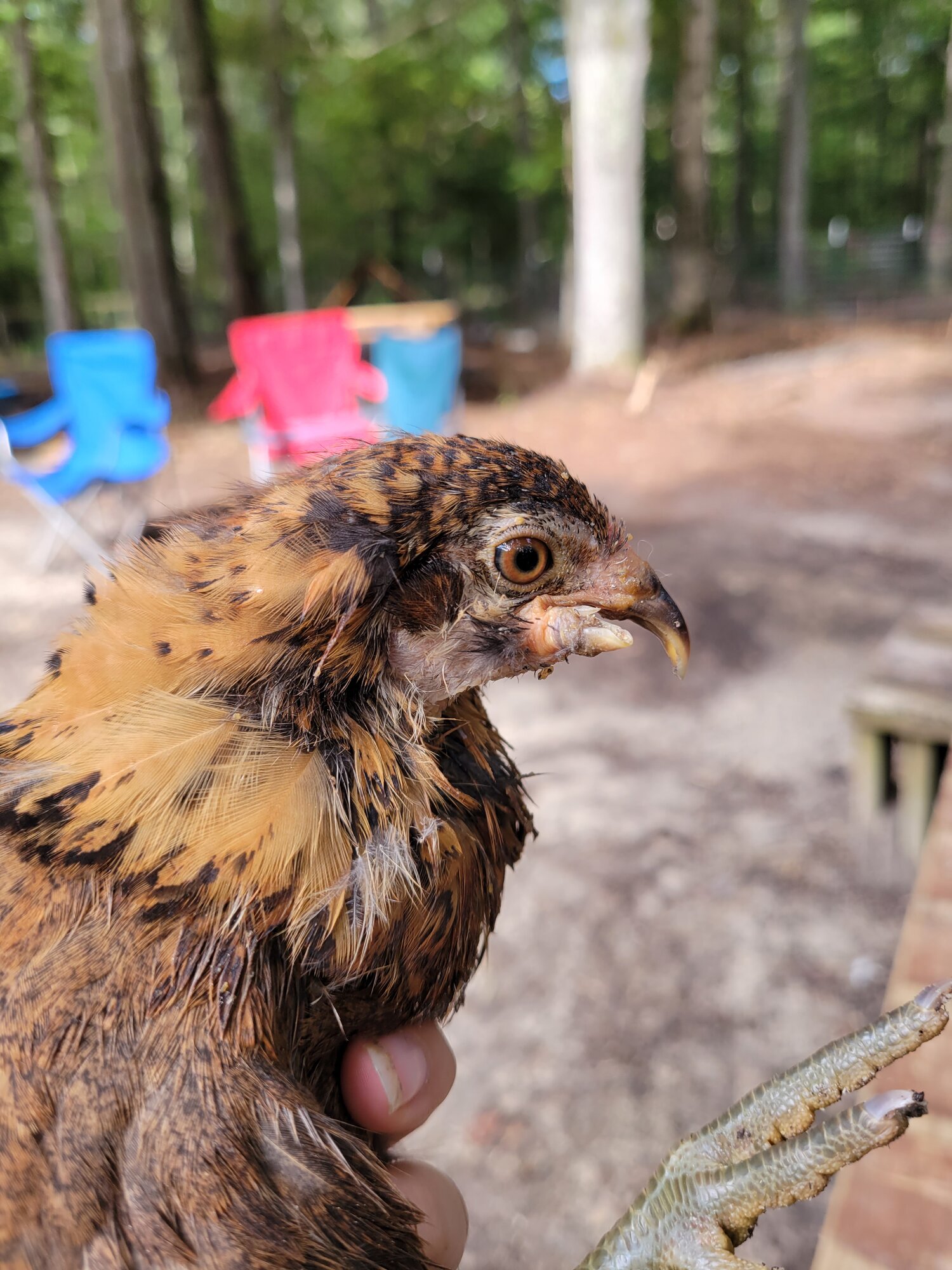 Should I separate her from the other chickens until they grow back?

TundraFang said:
Should I separate her from the other chickens until they grow back?
Click to expand...

It won't be necessary to separate her, just figure out who the bully is, & separate the bully for awhile.

MysteryChicken said:
It won't be necessary to separate her, just figure out who the bully is, & separate the bully for awhile.
Click to expand...

Put a webcam up

How much food for crossbeak?

T
Feathers missing at neck- lice or mites or pecking??