While the girls were out in the yard, like the they have been doing for over a month, one of our dogs got ahold of Blanche. Both dogs were out, and have been around the chicks since they arrived at 3 days old. We have a German shepherd and an 8 year old shepherd mix. I had just gone back inside when I thought I heard one of the chickens scream. Walked outside to see poor Blanche in the older dogs mouth, the shepherd standing there with her. After screaming and running over, she dropped Blanche. Blanche was limp and I thought dying. There were a lot of feathers on the ground, no obvious bleeding. I took her inside and wrapped her with a towel to look her over. Blanche is one of seven chicks we have at 3 months old. Blanche is an Easter Egger, and has been been smaller than the others bc of a beak issue we've been working on. It looked like Blanche was wandering on her own without the other girls when the attack happened. Blanche has not made any noises, other than labored raspy breathing, which resolved to non-labored breathing later. There was no blood but I ended up finding a puncture wound on her back and a laceration to her right wing(like at her elbow). I cleaned both wounds with peroxide and put antibacterial ointment on both. Checked her over again and found no more injuries. She seemed to fall asleep very easily after the incident but would wake up when moved. I held her in a towel in my lap for about an hour, bc I honestly thought she was going to pass. I placed her in our brooder and tried to get her to drink. She tried standing up but could not take any steps, and laid back down. She seems to favor her right side when laying down. I tried giving her a meal worm, and she did not want any food or water, not even her favorite mealworms. I turned on the ecoglow and placed it over her. She has room to move freely when she wants to or can. She has vitamin water, fresh food pellets, and a bowl of mealworms. I covered half the brooder top with a towel to keep it less stressful. She was awake when I left for work. She also had a normal bowel movement right after the incident, then a watery bowel movement about two-three hours after the incident.
What signs and symptoms should I be watching her for? I'm so worried she's not going to make it through the night, and I couldn't bring her with me to work, on the ambulance. I ordered vetericyn spray that will be here on monday. Her breast bone felt stable, and her legs appeared to have no obvious deformities. Any information would be greatly appreciated. 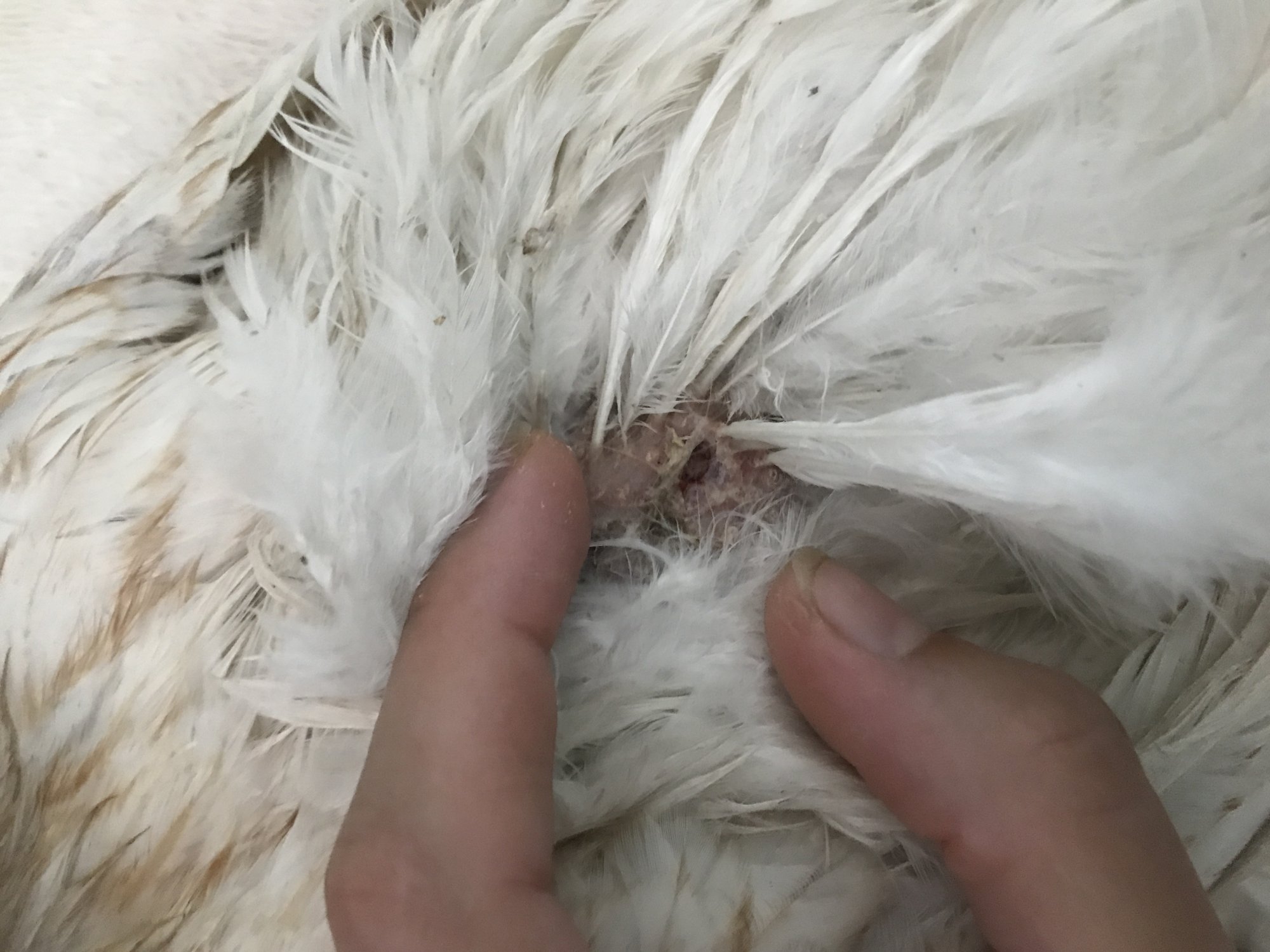 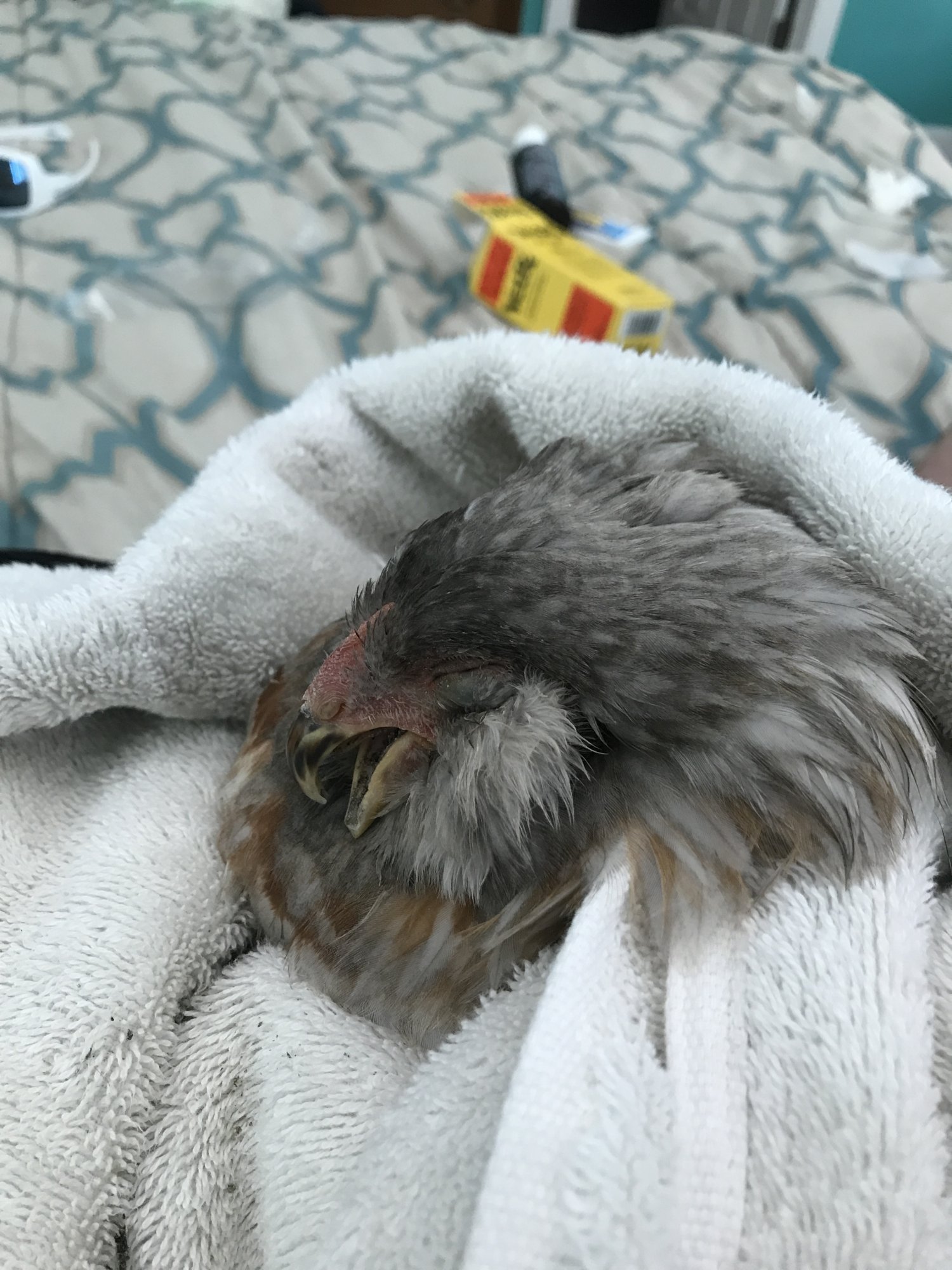 She's in shock, let her rest for now.
If she won't drink on her own by tomorrow,
use a soaked Qtip held to the side of her beak to get some water into her.
The water will wick into her mouth and she should swallow it,
rubbing under her chin and the front of her neck may stimulate her to swallow if she won't on her own.

aart said:
She's in shock, let her rest for now.
If she won't drink on her own by tomorrow,
use a soaked Qtip held to the side of her beak to get some water into her.
The water will wick into her mouth and she should swallow it,
rubbing under her chin and the front of her neck may stimulate her to swallow if she won't on her own.
Click to expand...

Blanche is doing much better! She's standing up, talking, and eating her mealworms! It doesn't appear that she's had a bowel movement throughout the night. So hopefully now that she's eating and drinking, she will have one! 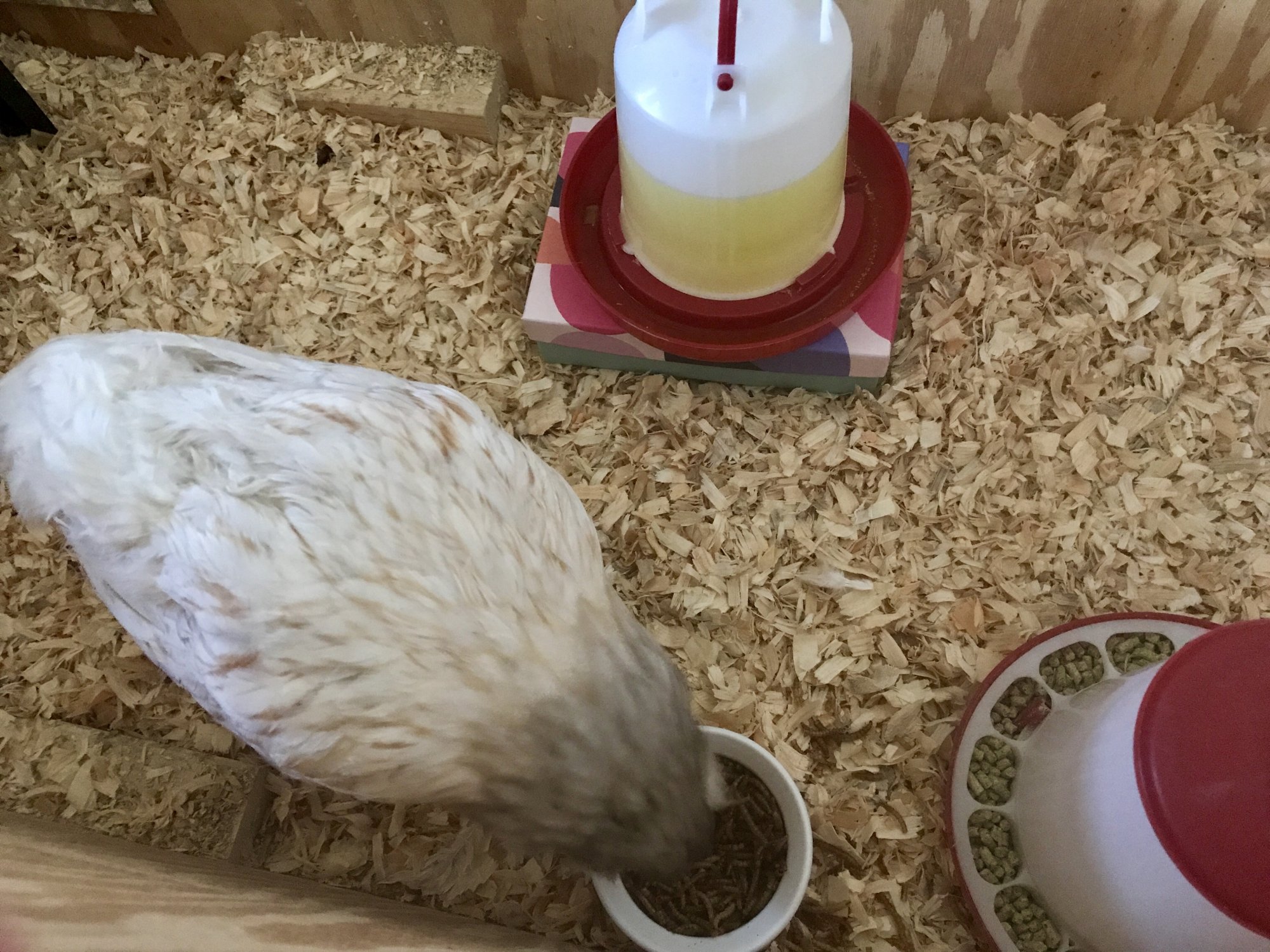 Good news!!
I'd go easy on the mealworms tho, she needs to eat her pellets too.

URGENT: My Golden Sex Link has very red legs and feet, and NOT MOVING!