My girls were hatched on 5-2 and only one of them is laying. "Lucy" lays her egg on top of a hay bale while I'm feeding my horses. She has laid 12 eggs in 14 days. I have searched my property to see if they are laying in other places. Shouldn't the others be laying by now?

Welcome to our FUNomenal Flock!
Do they have a coop with nesting boxes? They may or may not be laying. They reach egg laying age between 18-24 weeks generally.

Each breed matures up at a different rate. What breeds do you have and what are the ages? Overall they lay anywhere between 5 to 7 months. If you do suspect them laying laying out in the field somewhere, keep them locked up until afternoon when most are done laying. Keep an eye out for egg eating as well.

Good luck and welcome to our roost!

Congrats on the eggs you are getting! The others will lay when they're ready (hard to be patient, I know).

Welcome to BYC! I hope that you will be getting more eggs soon. 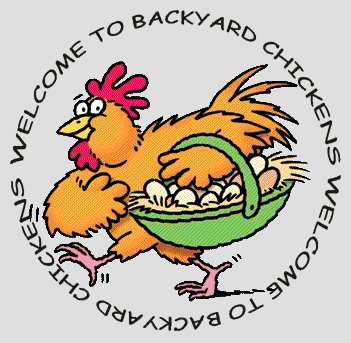 Well, they "should" be laying... according to what us egg collectors want. But my girls were hatched that same week as yours and none are laying yet!! Lazy freeloaders I tell ya! There's no telling when... they just lay when they feel like it I guess

Similar to what TwoCrows said, if you think they ARE laying somewhere else and you have nest boxes that you'd rather have them use, keep them confined to that coop/run area for a few days (maybe a week) so the nest boxes become the most desirable/only place to lay, then it will become habit. Not all chickens lay in the morning... sometimes it changes throughout their cycle.

Are their combs and faces very red and do they squat if you or a rooster (if you have one) approaches from behind them suddenly?

I’d keep false eggs as well in the nesting boxes you want them to use as well as confinement till laying is likely done for the day.

Thanks for joining. You have come to the right place!

There are alot of amazing people that are willing to help with whatever they can, you can also go
Check out the Learning Center it has tons of great information and articles for just fun reads!

I was recently surprised to hear one of my Salmon Faverolles singing what I was sure was an egg song. I bought two pullets as chicks in May, but as far as I knew, neither was laying yet. My June chicks last year didn't lay until this spring, so I wasn't expecting anything.

Then, a day later, I discovered Celeste hunkered down in some foliage behind her coop. She had found a nesting area that the runner ducks sometimes use, and Celeste deposited her lovely tan pullet egg next to a large, white duck egg. In fact, since the ducks were winding down for the year, I hadn't checked for duck eggs for a couple of days, and Celeste had actually laid two eggs there. So, I really did hear a proud egg song the day before!

Now, both she and sister Camille are laying an egg a day. One likes to lay anywhere in their coop, the other favors a nest box in someone else's coop -- once the geese have moved to their tractor for the day. One lays in the morning; the other lays mid-afternoon. Chickens don't really care for humans' ideas of when or where to lay eggs.

Although all my other girls seem to be done for the winter, I do use fake eggs in everyone's coops. It might entice them to lay eggs where I want to gather eggs, but I mostly do it to discourage anyone from breaking and eating eggs, which was a problem with my first set of hens.