I've known I wanted chickens for quite a while. After my husband and I bought our first house we seriously thought about getting a flock, but the property was too small and neighbors too close. Now that we've moved into our second home on 5 acres, the time has finally come! We got our first babies in early April. Our first group of six included a white leghorn, a golden laced wyandotte, two barred rocks, and two cuckoo marans (were told they were easter eggers 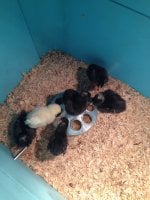 Three days later I came home with 8 more! Two buff orpingtons, two salmon faverolles, two easter eggers, and two welsummers. One welsummer and one easter egger ended up passing away but we were allowed replacements from Rural King. I ended up coming back with an extra easter egger just to be sure 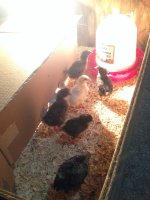 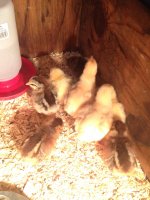 Now, after a couple months, they've all grown quite a bit! So here are a few updated pictures of the ladies...and fellers (unfortunately). 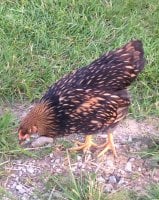 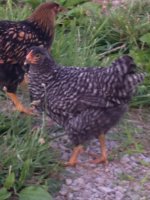 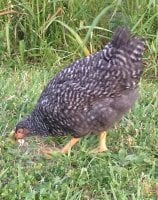 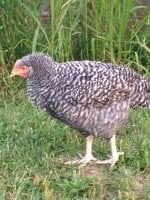 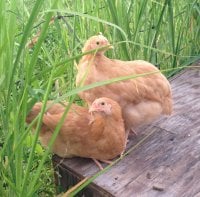 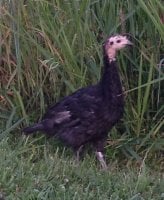 Jim Tom one of our mutt turkeys (MottledxSpanishxNarragansett) 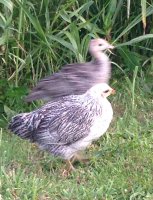 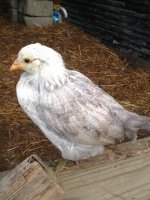 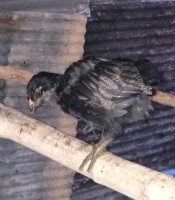 Penny (left) and Itty Bitty (left) our other EEs 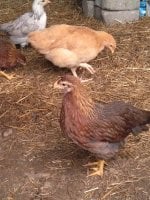 Rosemary and Thyme the Welsummers (one in back left) 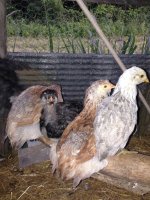 Peaches and Cream the Salmon Faverolles separated by EEs on roost!

Whew! I sure am looking forward to my colorful egg basket this fall!

So fun! I can't wait to build my coop and welcome the ladies home. Great choice in breeds! What size coop/run did you end up with?

Thank you, Ol Grey Mare! I had heard of chicken math before I got my own birds but didn't realize it would be this easy!! It has taken over, I tell ya lol DH is probably going to kill me! I'm going to our local chicken swap tomorrow and will probably come home with at least 2 more babies.

DoeAndGander, I'm sure you'll have a great time once you get some! I had researched breeds for a long time before making trips to get them all. We don't have very many Rural Kings in my area but they have a much better selection than TSC, IMO at least around me. We converted an old lean-to shed on our property into a coop with left-over metal siding. It looks pretty pathetic but it is big! I think it is about 8ftx12ft with a 6-8ft tall roof. I'll try to get a pic to add to this thread.

Wow! What an assortment you have! Thanks for joining our flock!

theoldchick, thank you! I really enjoy learning as much as I can on this site. Happy to be a part of BYC

My new coop and starting my flock