Fixing a 6 day old chic with a leg defect - Pictures

I have a 6 day old or so chic that has one normal leg and one twisted leg it cannot straighten out on its own. The leg is normal at the top and the chic has been using it to an extent, but the hock and below is twisted and useless. I was just going to leave it and let nature take its course but today I noticed that its hock joint is getting raw from it using it to walk.

So I hatched a plan. First I thought I might make it a little birdie peg leg and tape it to its hock with some cotton padding...That didnt work at all an djust scared the chick...

Then while I was attempting that I noticed the leg CAN straighten, just not under the chics own power. So I taped it in the somewhat extended position using baindaids ( the cotten acted as a soft brace) to see if the chic could use it even tho the foot is a bit crooked. It flailed alot and although the toes work, it couldnt use it too well but I could see potential...

Then I happened across a post about how to fit a chic with splayed legs and how they tape them together and put the chic in a glass to excercize.

Bingo! when the leg is taped extended at the hock and I tape the legs together so the chic has to use it and it holds the foot in a more proper position, the chic can stand almost normally. It hasnt figured out how to walk yet but I think it might have a chance with some PT and bracing as it grows.

I have it in the brooder in a little square tupperware with some shavings on the bottom so it has to practice using the leg but it isnt all alone. I think I will take it out after about 30 minutes and give it a rest with the youngest smallest other chic so it wont get pecked at.

Whaddya think? I dont think it will survive if I dont attempt something as it will likely get infection from walking on its hock and rubbing it raw.

The bad leg is the left leg. His toes didnt fuction well for the first little bit but making him use them in the cup helped alot. I have now removed everything but the bandaid they strightens his leg and although it isnt perfect. he is using it more and better. I guess he will get PT ever so often for awhile. I dont want to stress him out but Id like him to be able to live. 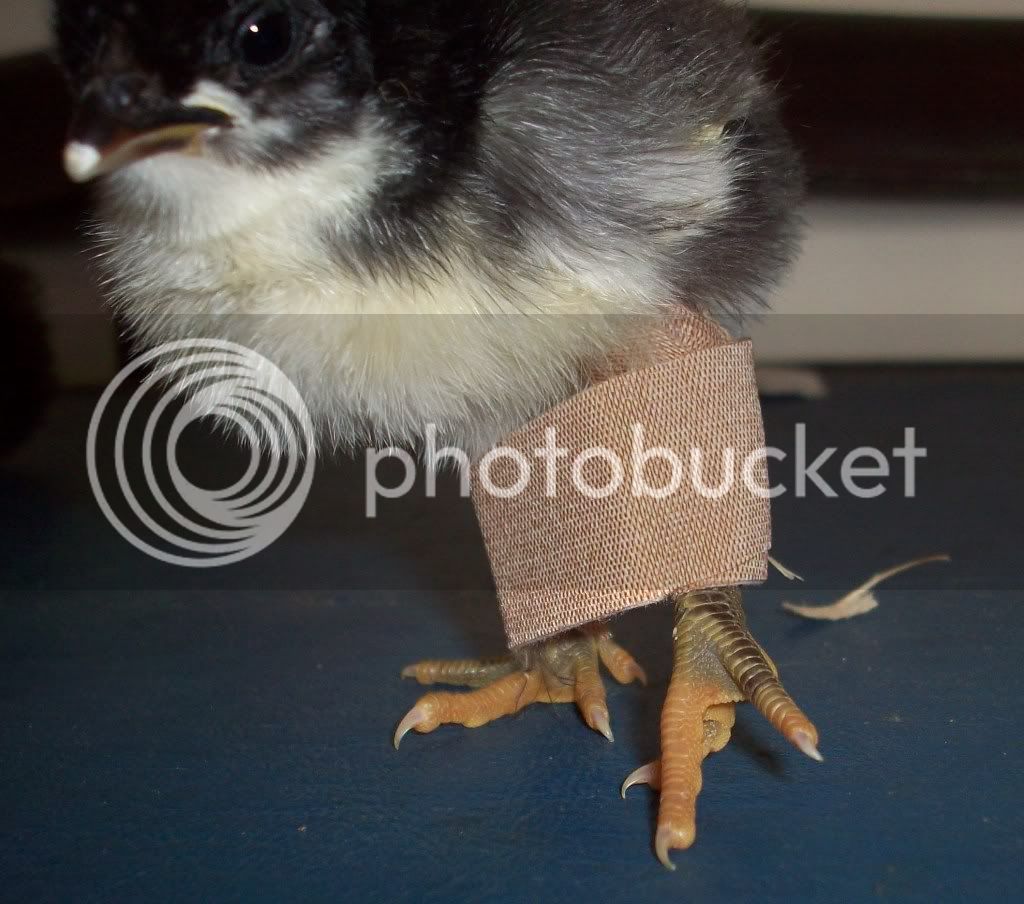 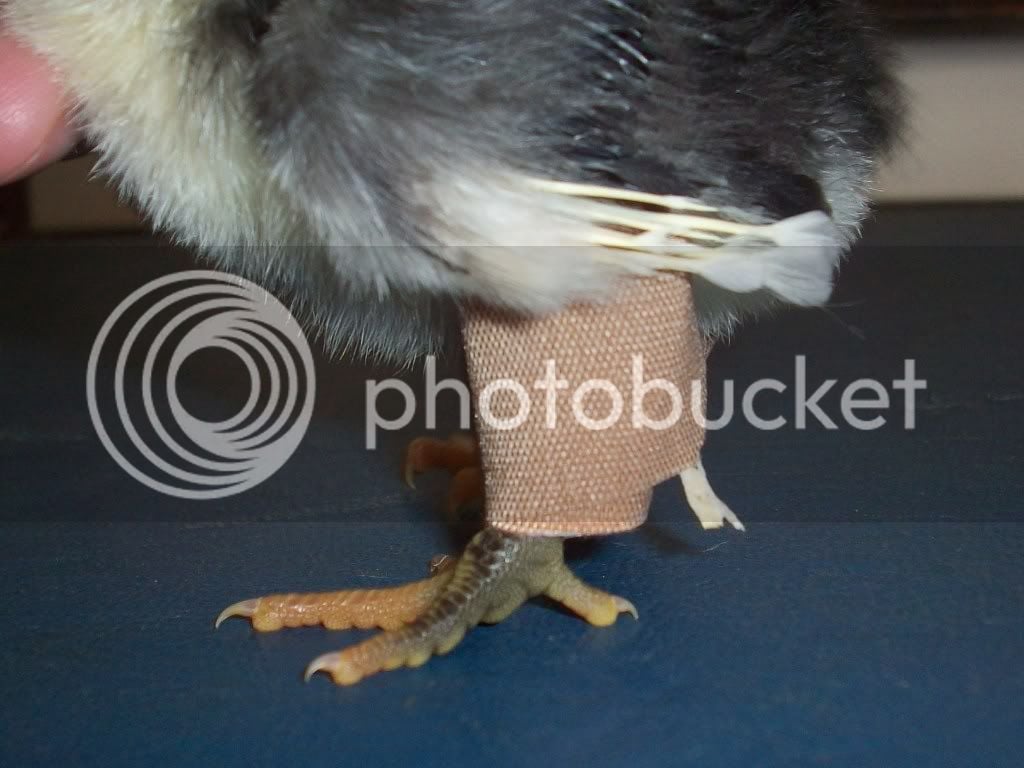 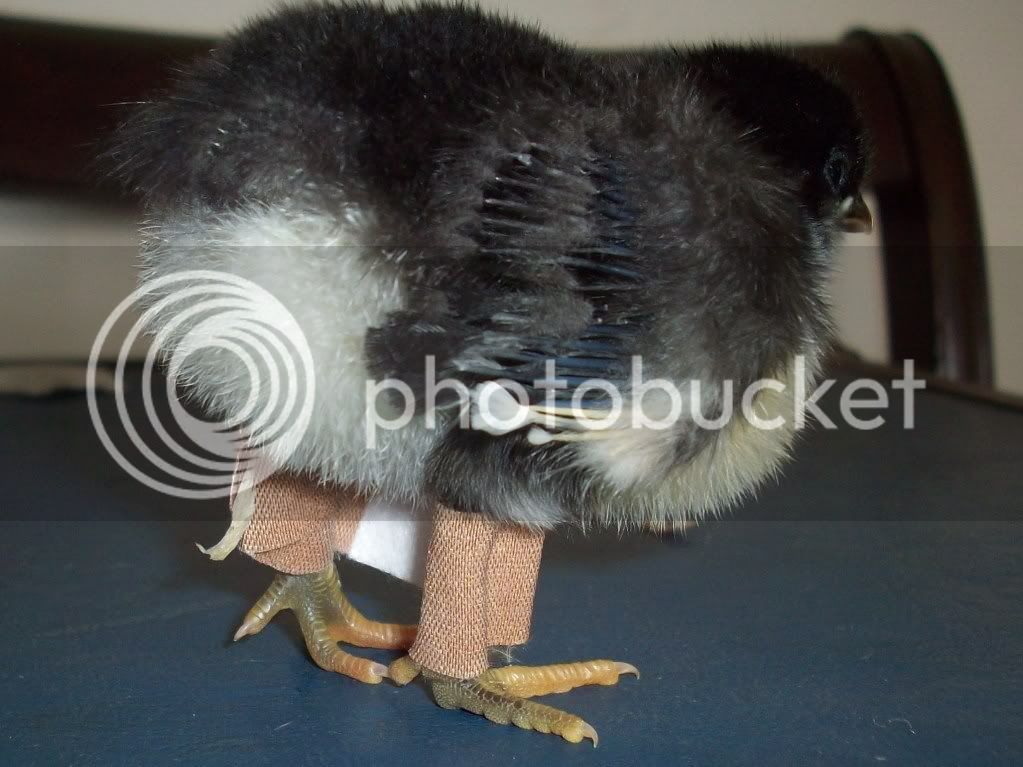 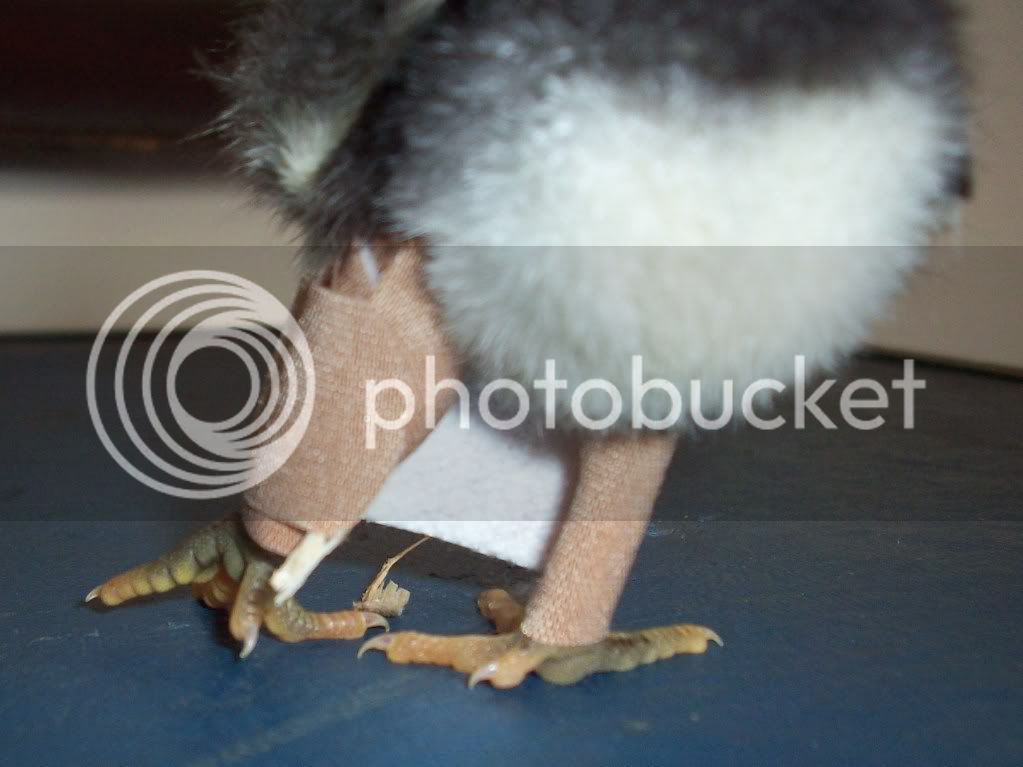 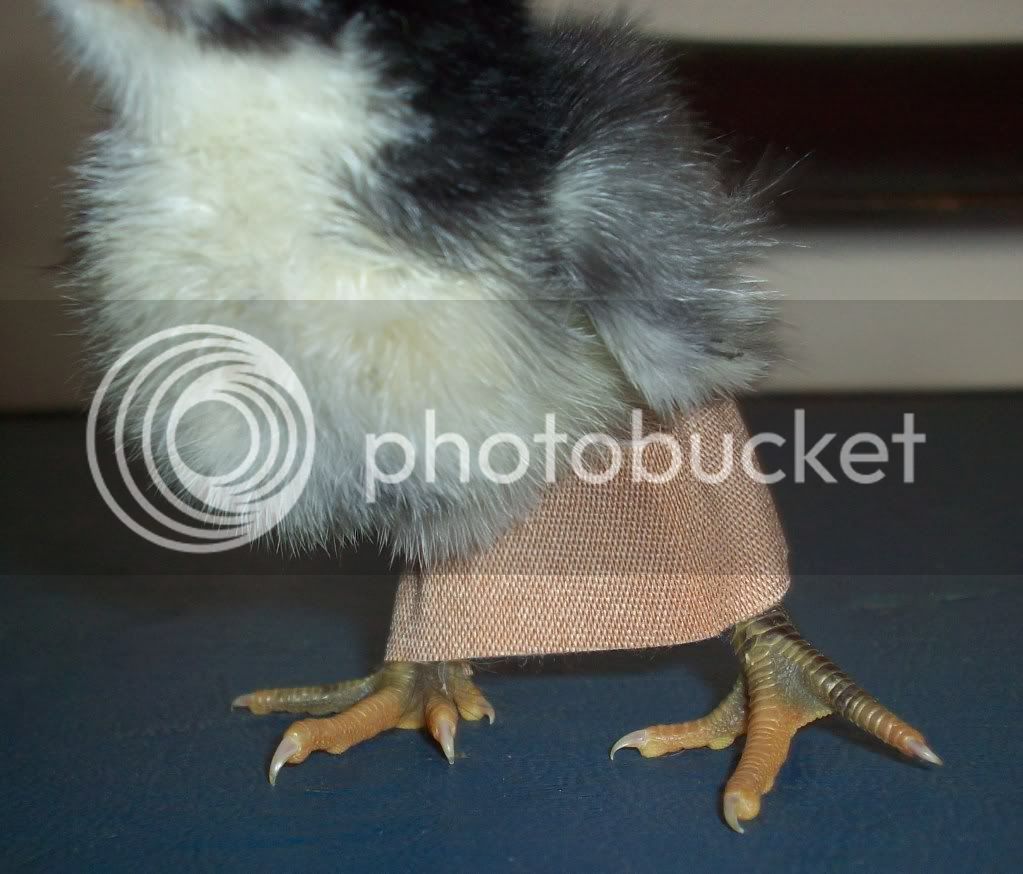 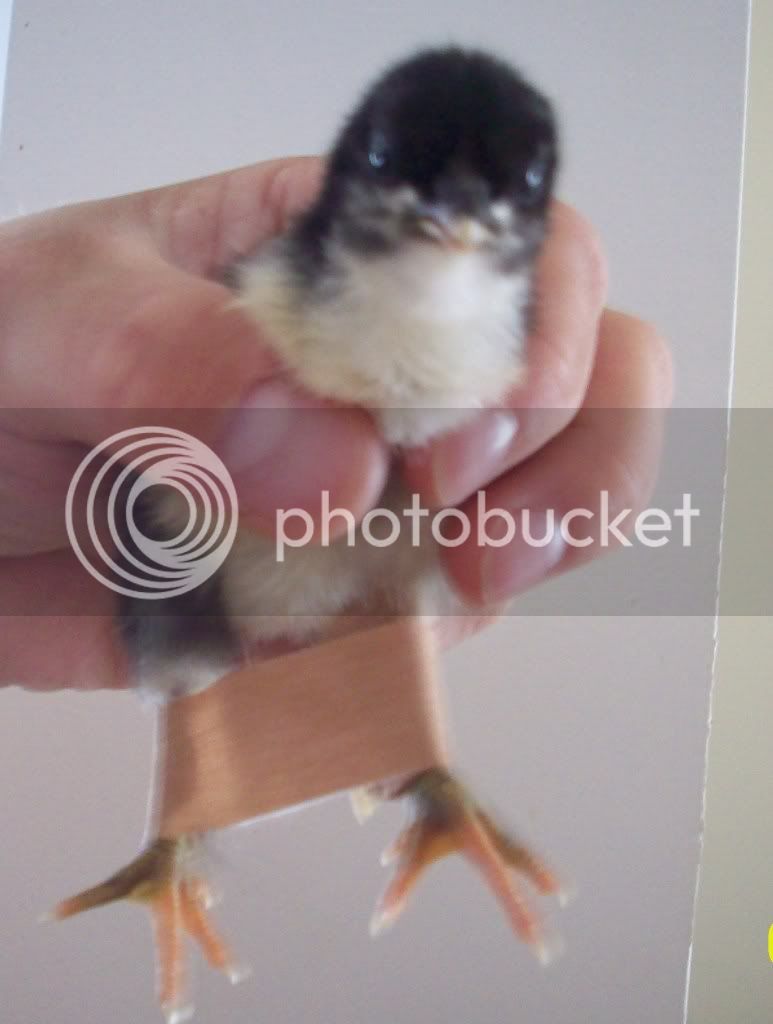 All you can do is try. You have already done more than most. I try to come up with ways to help if I can also. Hope it continues to improve. Best wishes for your chick.

Oh, good luck to you!

I've got one about the same age with a similar problem. I just hobbled last night, so here's hoping that mine recovers as quickly as yours seems to be! less than a day old chick with a broken/deformed or dislocated leg? (not too urgent!!)

Could scaly leg mites be causing this "infection" at / above rooster's hocks?