Got her today from a breeder. She is only going to be a pet.
Post New Thread
She is sooooo sweet! Relaxes and doesn't make a sound when you pick her up, lets me pet her, and made herself right at home. I'm sold on Seramas! Here she is with my half cochin bantams. They are about 10 weeks, and she is TINY! She's about a year old. 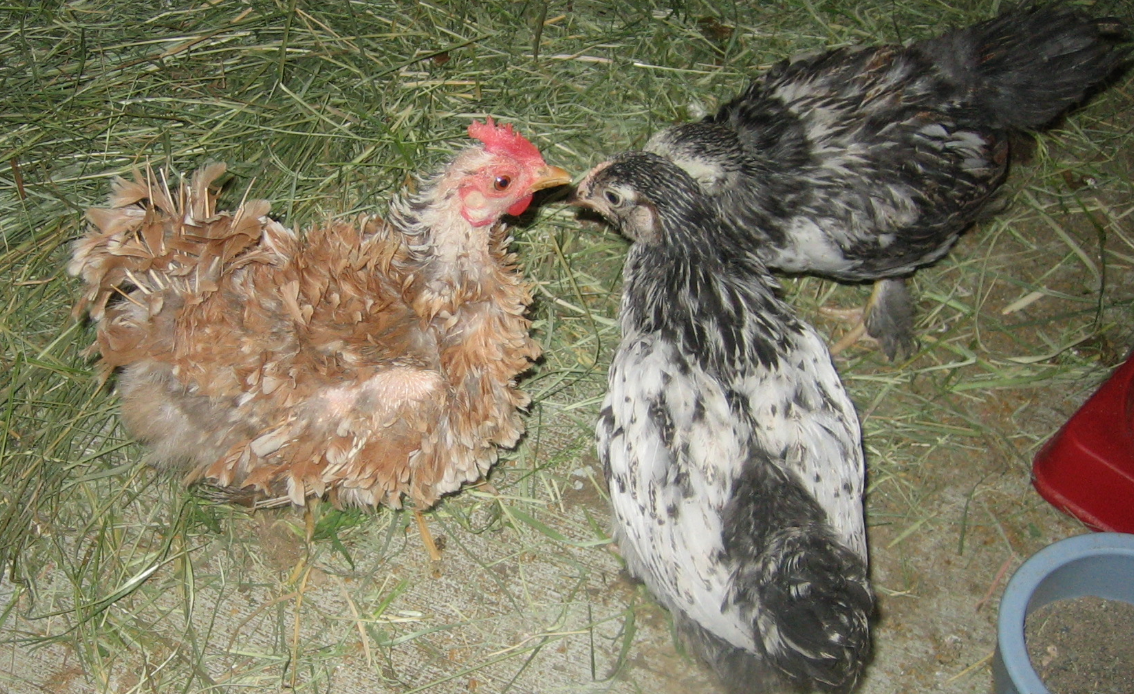 They're all cute! How is the intro to the existing birds going for her?

Well she laid an egg the next day, and then started chasing the others! The two bantam cochin mixes can jump out of the "puppy play pen" they're in, so they can get away. Not so with my Silkie. She left the Silkie alone until this morning, then attacked her. I felt so bad for the Silkie, who wouldn't hurt a soul. Took the eggs away, and now, hopefully, she'll stop doing that.

Is she molting in the photo? If 2 frizzles are bred together - the chicks end up with very brittle feathers and bald areas

No, I don't think so. The breeder said the roo was too rough on her. Her head was mostly bald, but feathers are now growing back. Lots of wing feathers missing. And she's a frizzle. The breeder warned me not to breed frizzle with frizzle.

Please tell me its a Pullet!!!!