Fuzzy, and His Crew

And so, Fuzzy lives on! Hurray!!

Callender Girl said:
And so, Fuzzy lives on! Hurray!!
Click to expand...

Thanks. Some of the hens I’m pretty sure are Fuzzy babies too. But i cant be as sure as i am with the boys.


Callender Girl said:
And so, Fuzzy lives on! Hurray!!
Click to expand...

You know i never thought i would, or could, miss a chicken so much. But I’m glad i had some of his eggs to hatch out. The leghorn definitely feels the most like Fuzzy.

And my “experiment” of not handling this group of chicks has worked out well so far. They have a healthy respect for me and my kids. They peck at my ring and anything else shiny, but that’s just them being a chicken. So far no aggression and now that they’ve been moved outside with the rest of the flock they wont get much of a chance. I built them a temporary pallet coop, until we move, and am doing the look but dont touch method of introducing them. So far they are only getting scraped up because of the netting. They keep trying to escape.

I wonder if Fuzzy’s aggression toward people, he was never aggressive towards me but would be towards anything that encroached on his territory, was because we handled him too much. He was a good protector against predators. Even tried to attack a dog through the run fence when it broke into our yard. I’m hoping his offspring will be the same.

But Fuzzy also tried to attack people who came into the yard. He would dance at them and, if they let him, peck at them. I think this has a lot to do with the way we handled him. I held him a lot as a chick. My kids didn’t handle him right and poked him with sticks when I wasn’t watching.

My kids are better with the roosters now though. My silkie Bop became the head rooster once Fuzzy died. He was second in command over my light brahma, Monster. How crazy is that? A small silkie being higher in the pecking order over a huge light brahma.

Now Bop will try and sneak attack people. He warns them first though. He starts crowing like crazy to tell any intruder that he is top rooster around here. Then he will slowly walk up next to whoever he doesn’t know and eyeball them. If their back is turned he’ll just go in for a quick peck. Bop is actually kind of funny to watch. But only because i know his que’s. I know what he looks like when he’s going to attack, even though he’s never attacked me before. Fuzzy, you never knew when he was going to strike. He just kind of did it.

This has been the most rooster heavy I think I’ve ever hatched out. Usually it’s hen favored or even. This time out of 9 eggs I got two girls. But that’s okay. I wanted boys. And one is silkied. Pretty sure it’s a Fuzzy baby too. The tail feathers are the same color, I know doesn’t mean much, and it’s mostly brown. Up until today I thought the silkied one was a girl. But he’s showing some serious iridescent feathers.

They’re fitting in with the rest of the flock well so far. Sooner or later I’m going to have to choose just one Fuzzy boy to keep, my boy to girl ratio is already off, but I want to see how the brown one feathers out. I am leaning toward the leghorn cross as my favorite though. 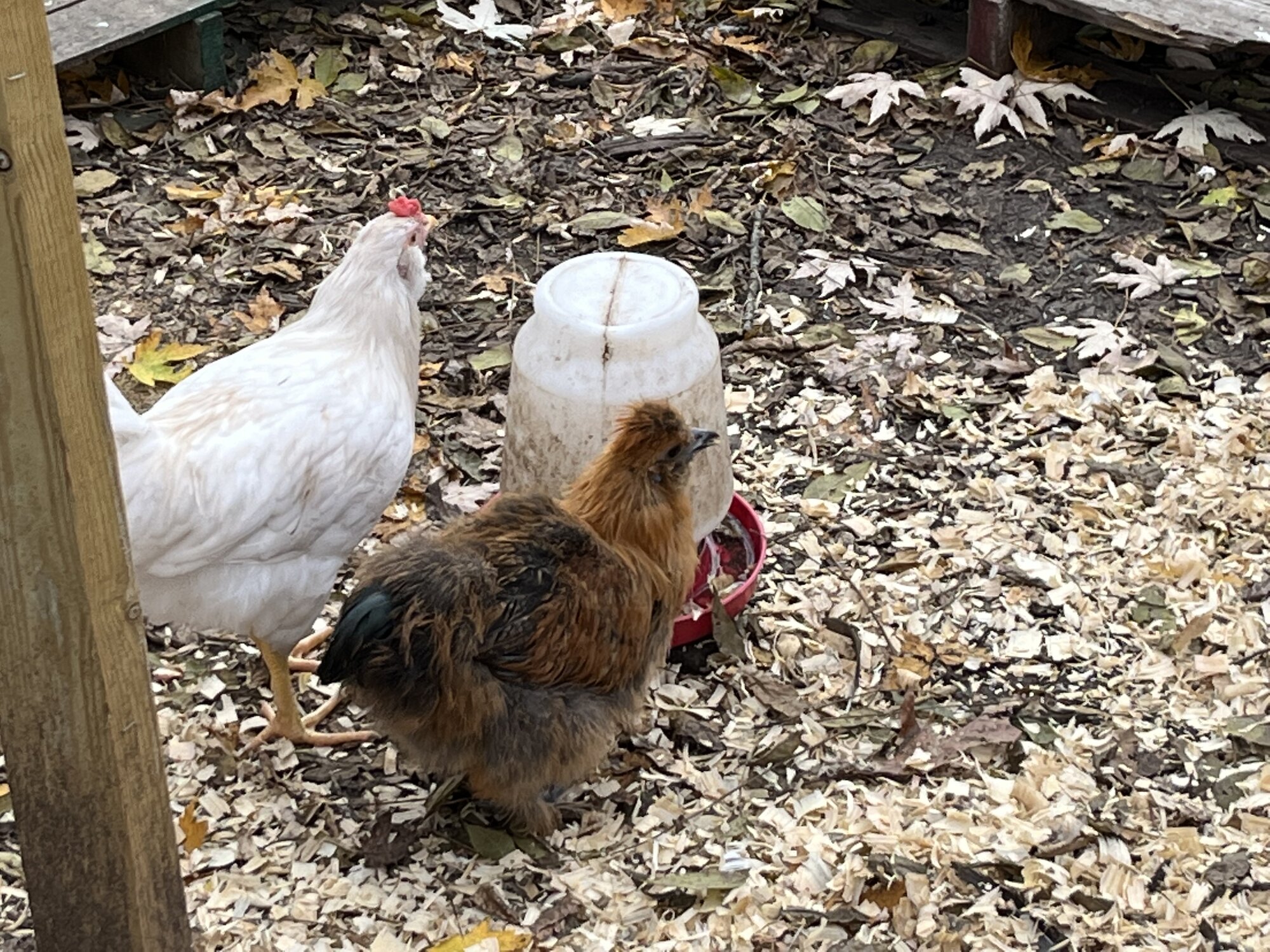 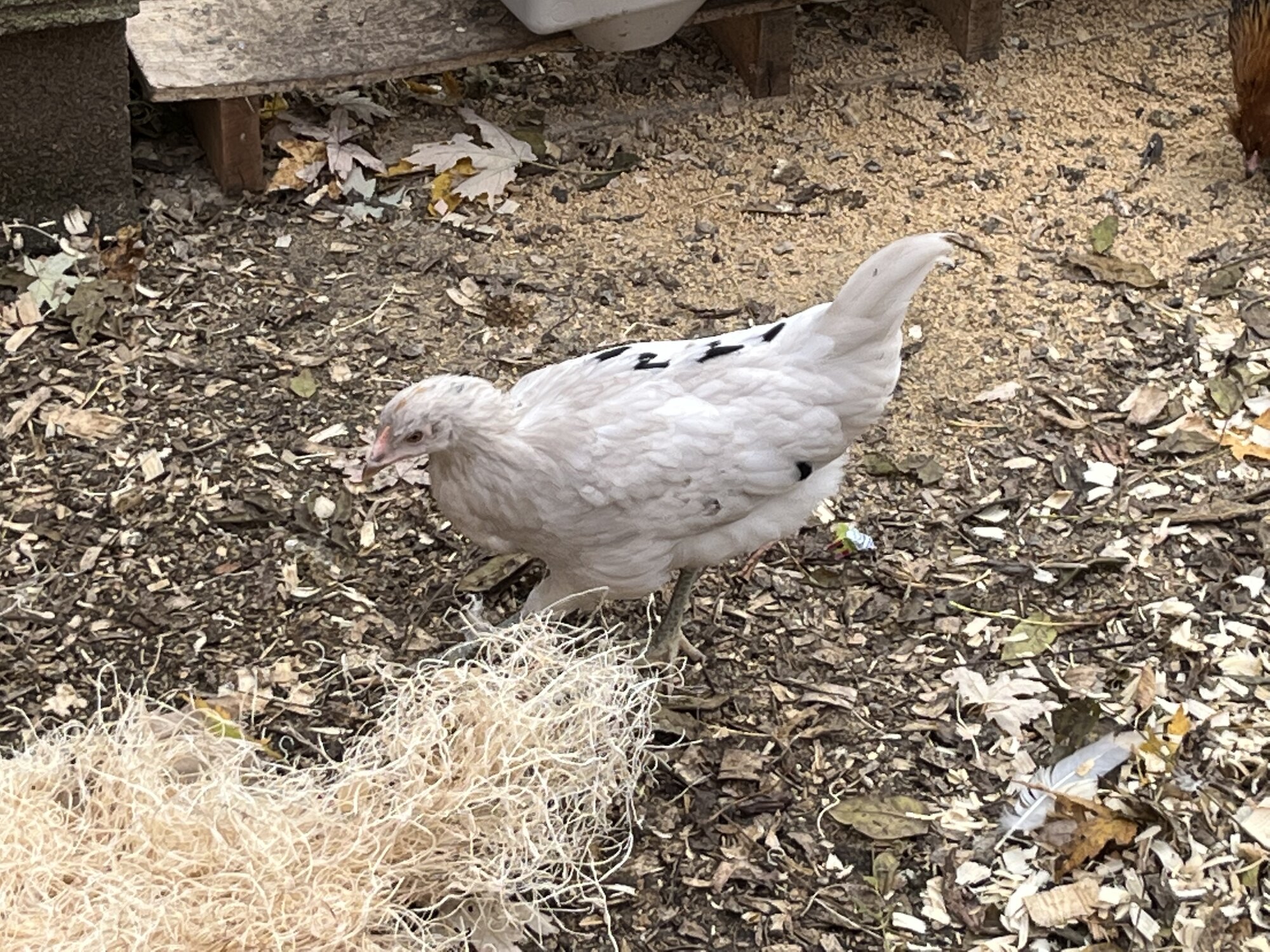 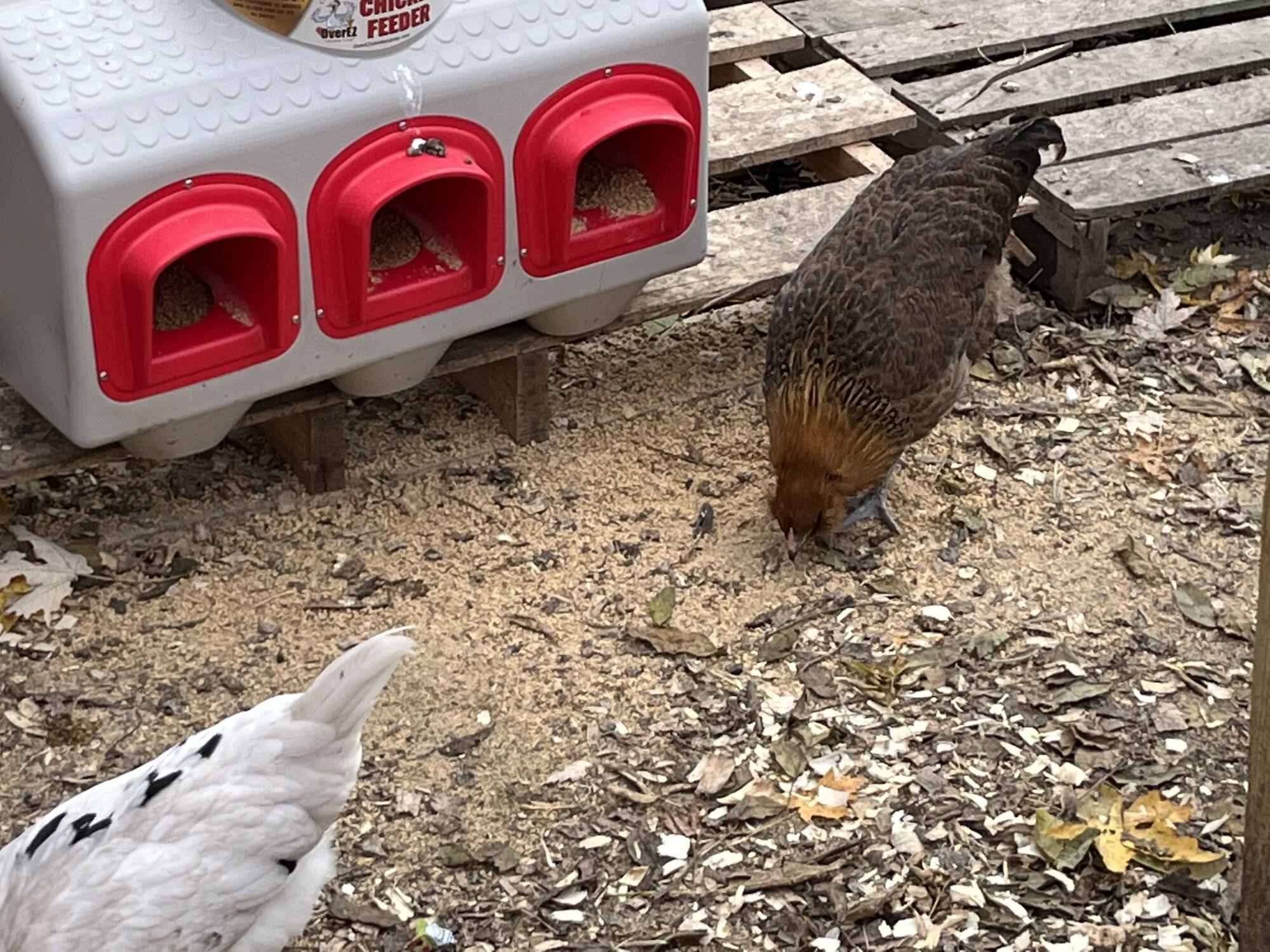 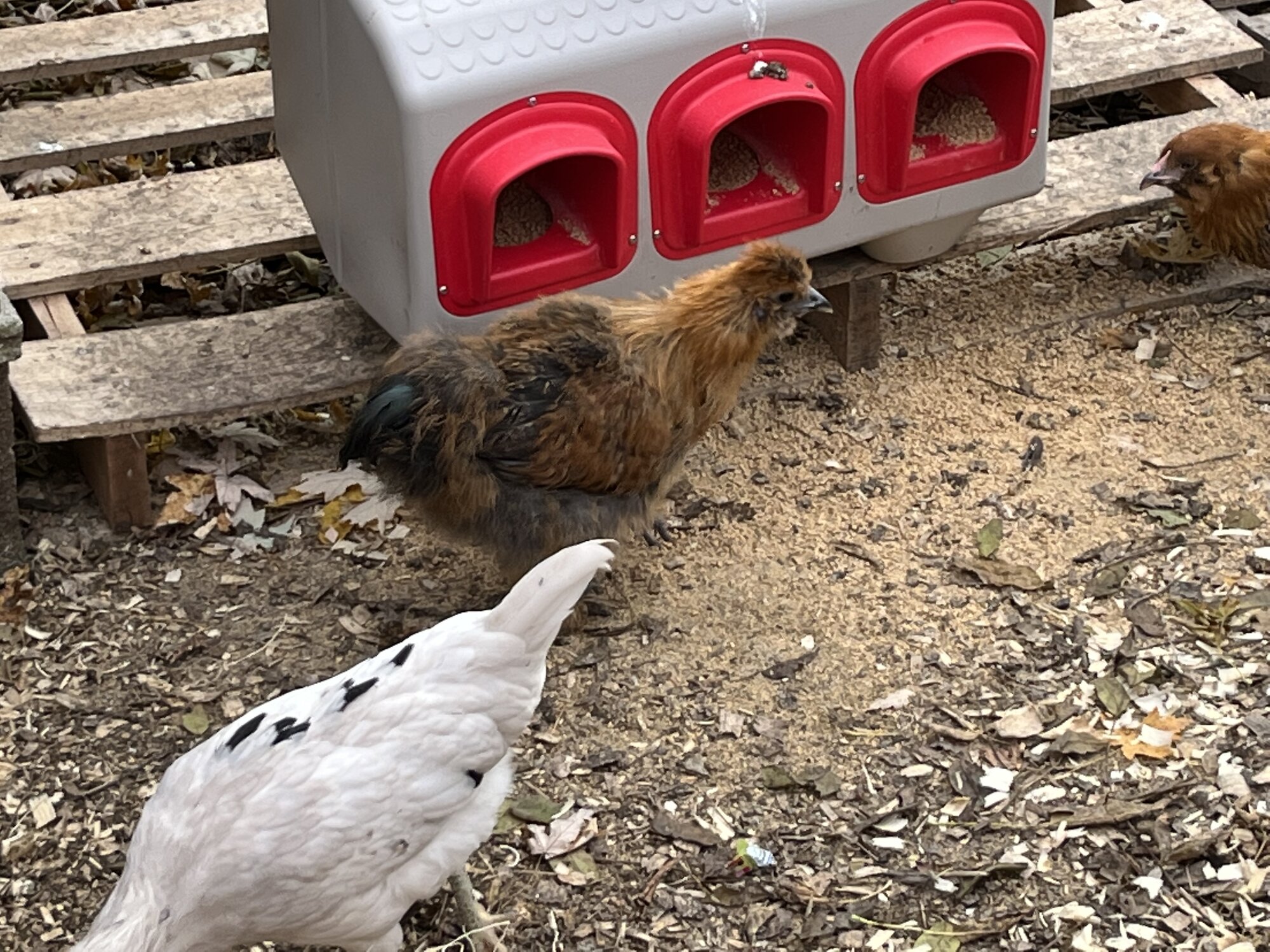 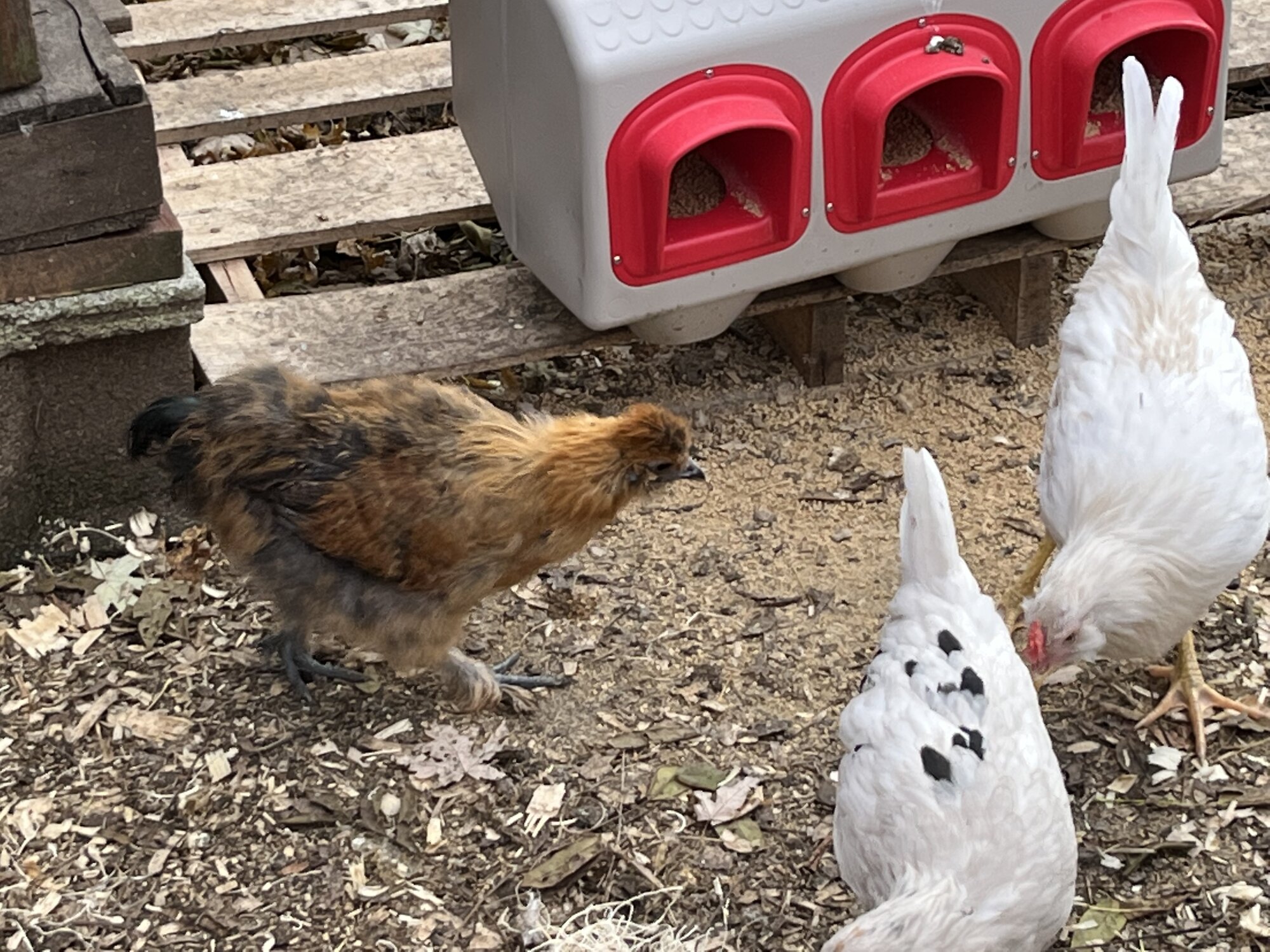 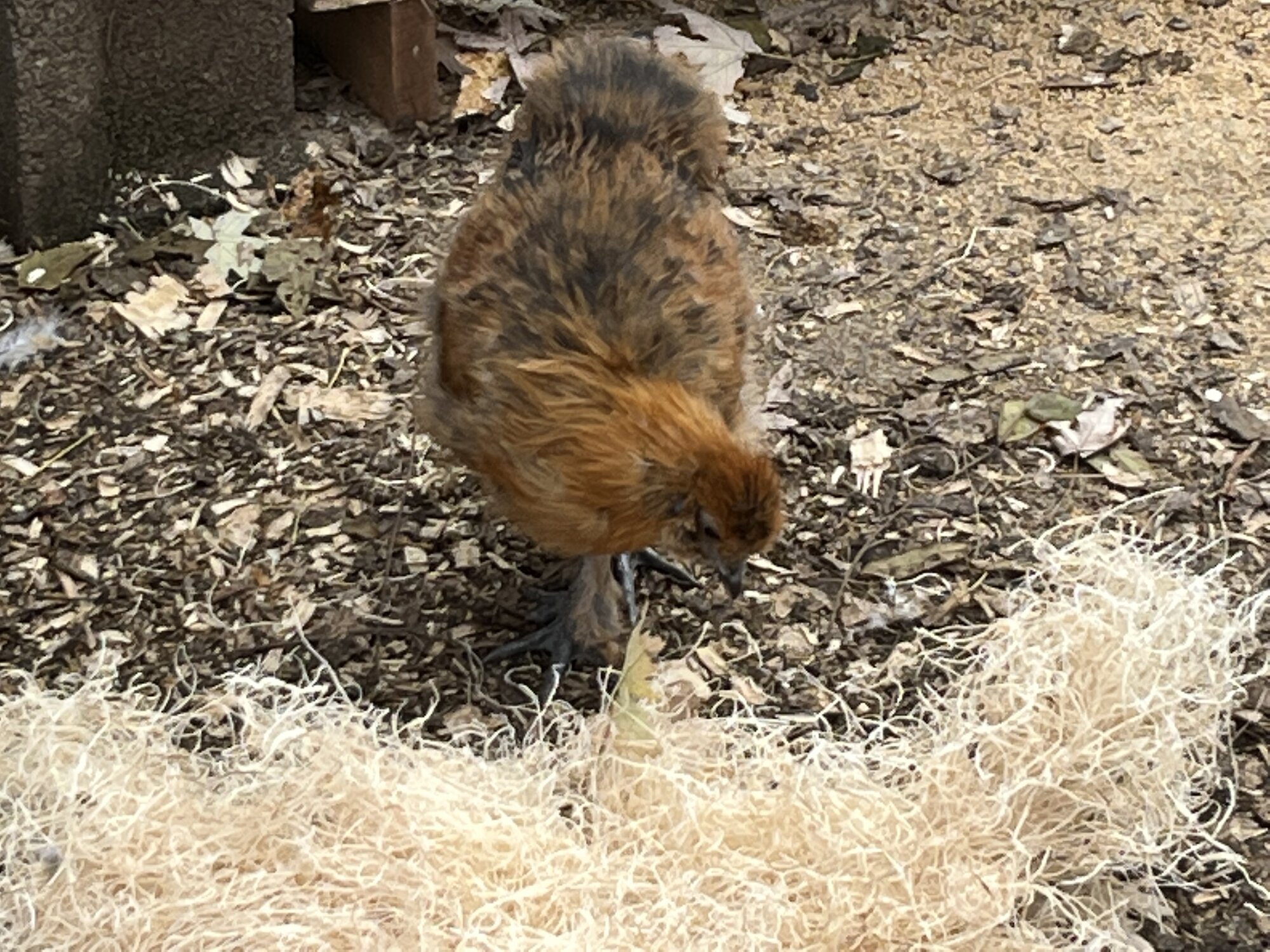 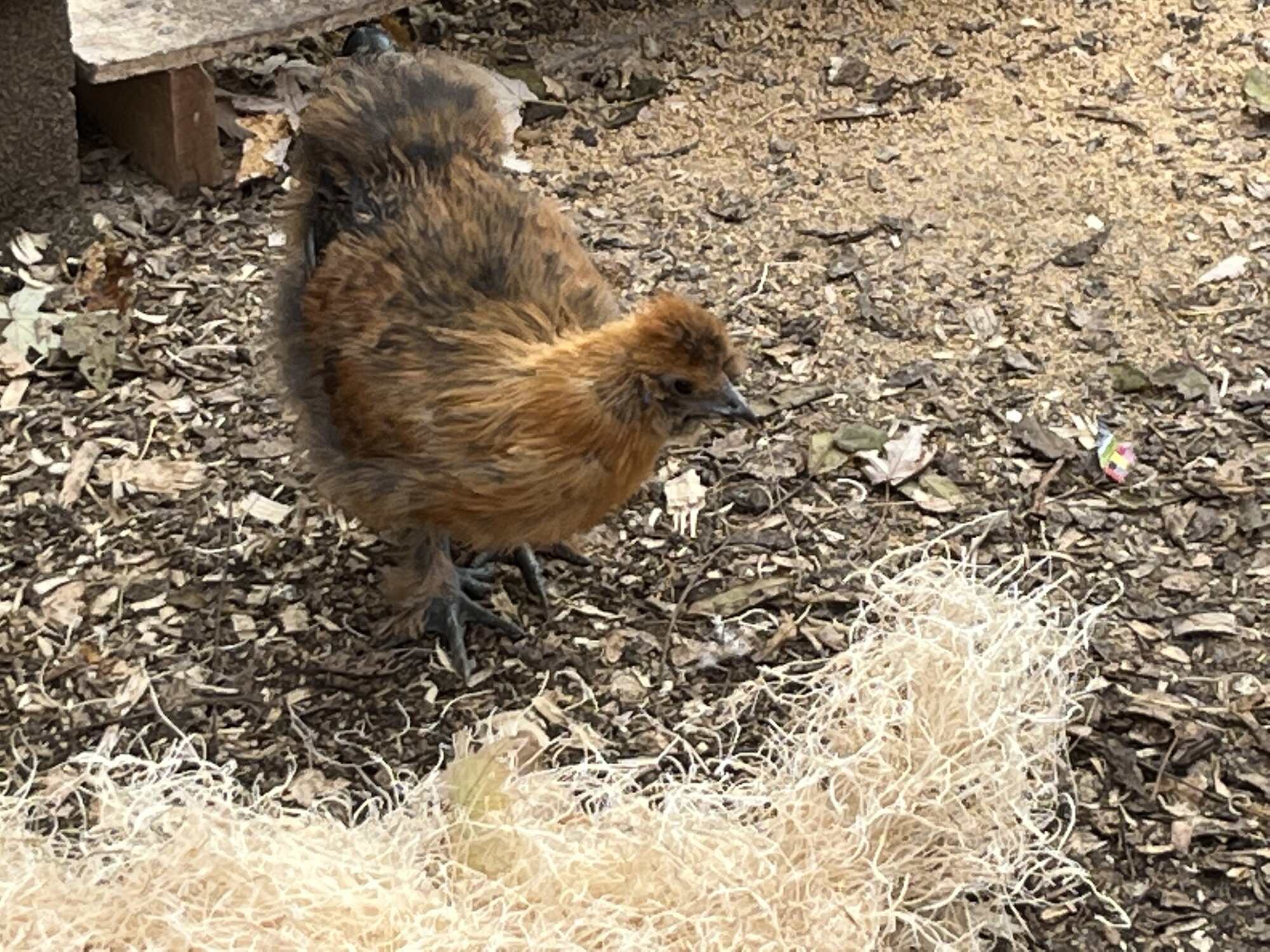 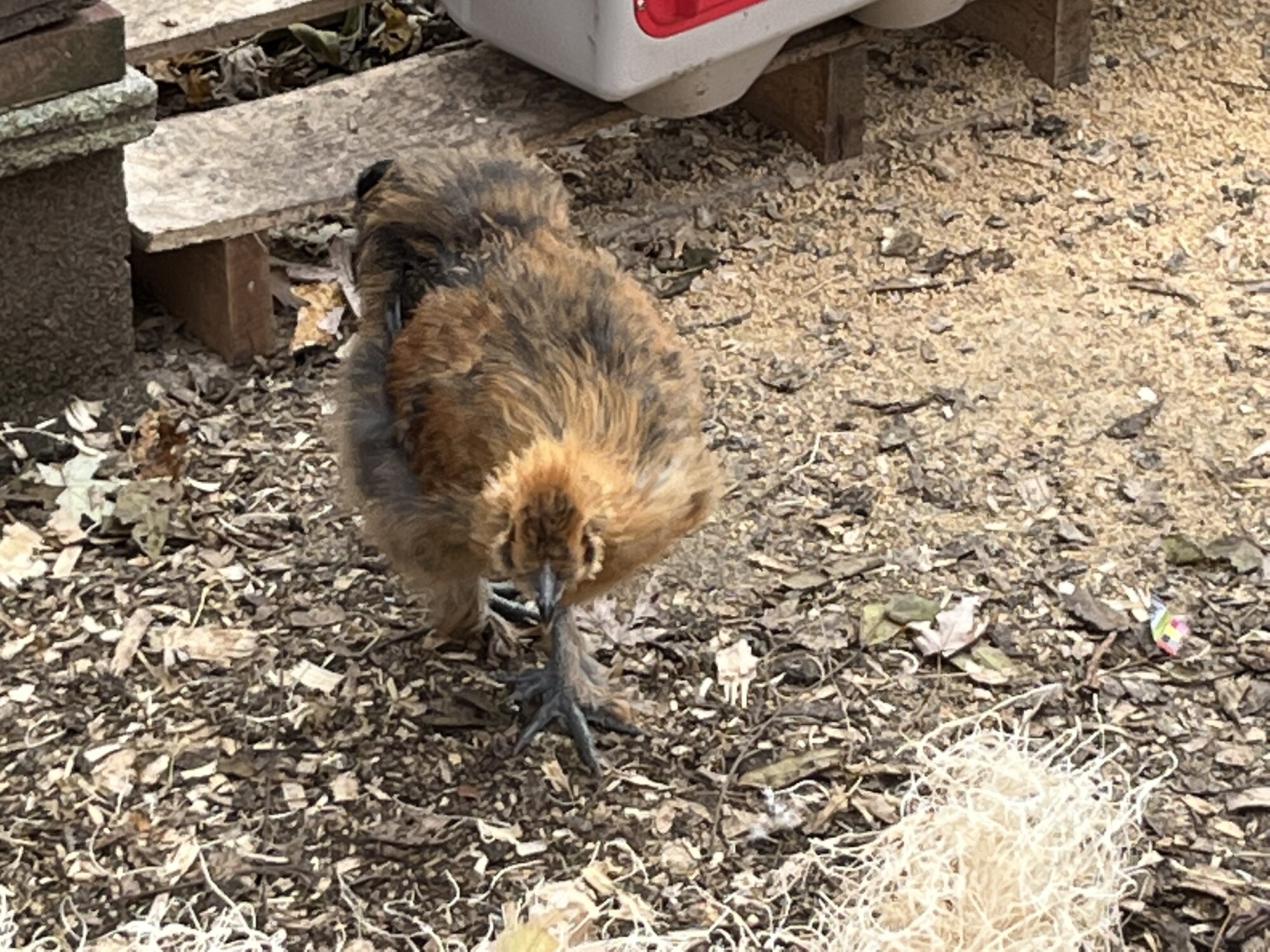 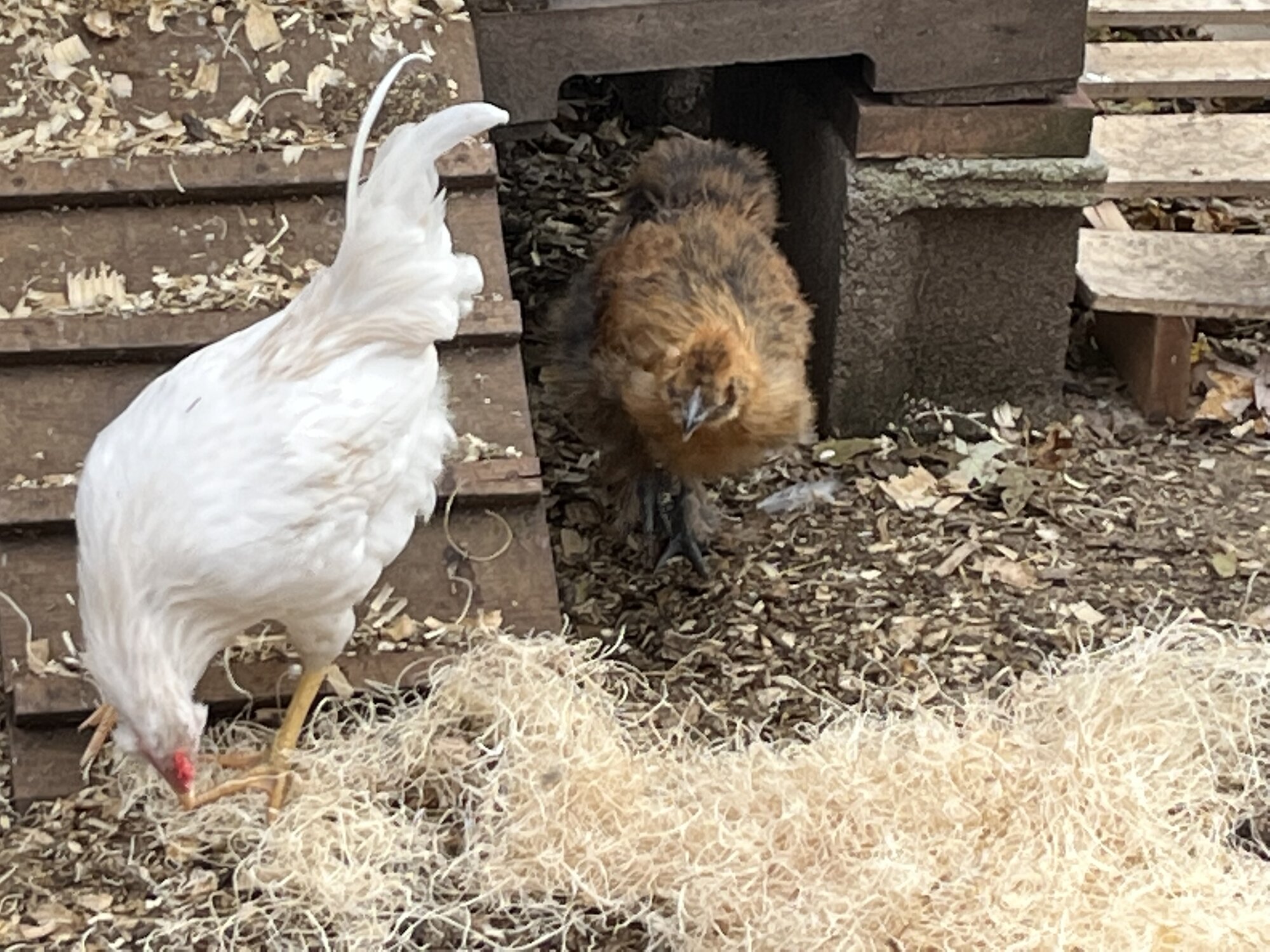 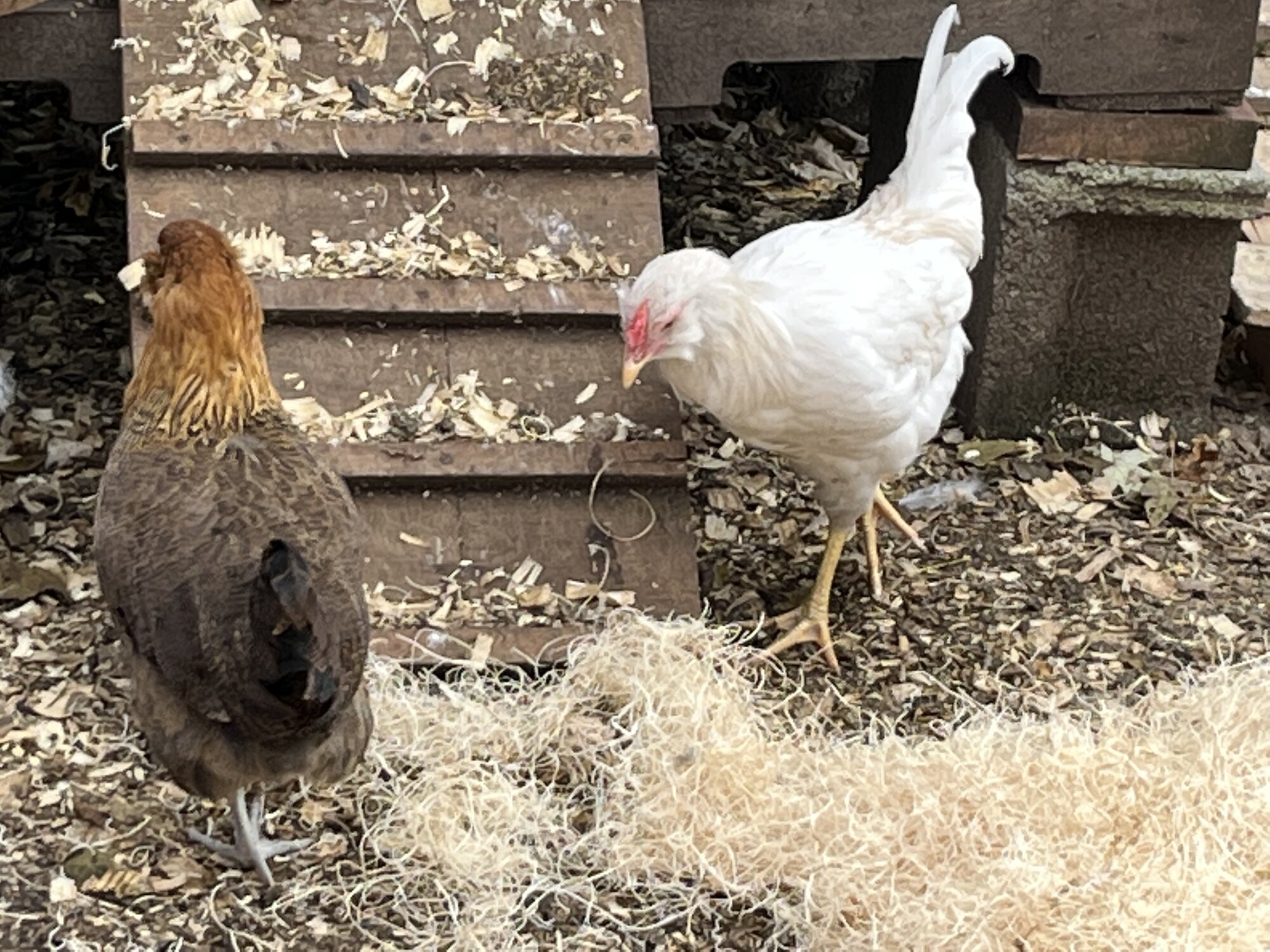 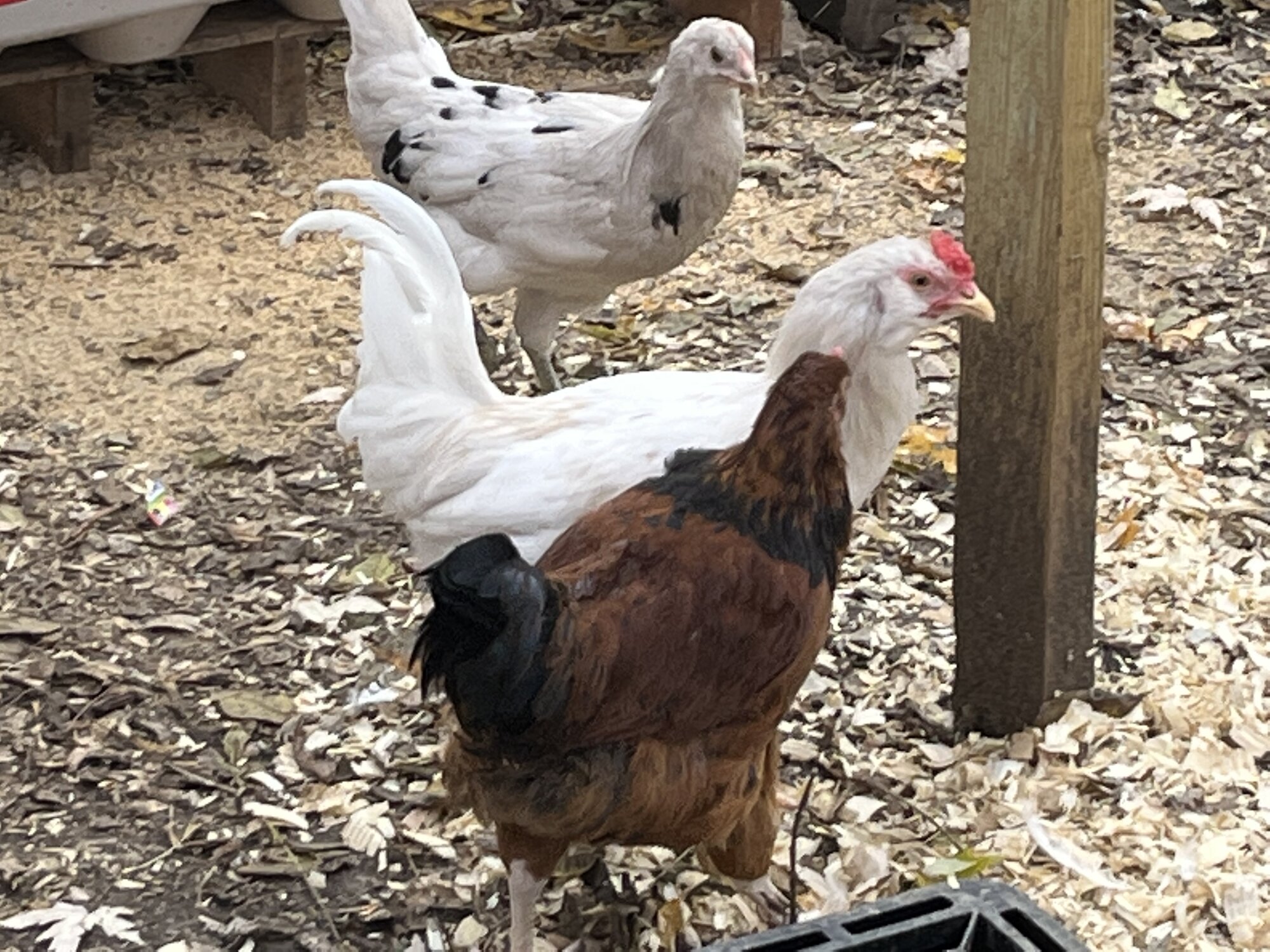 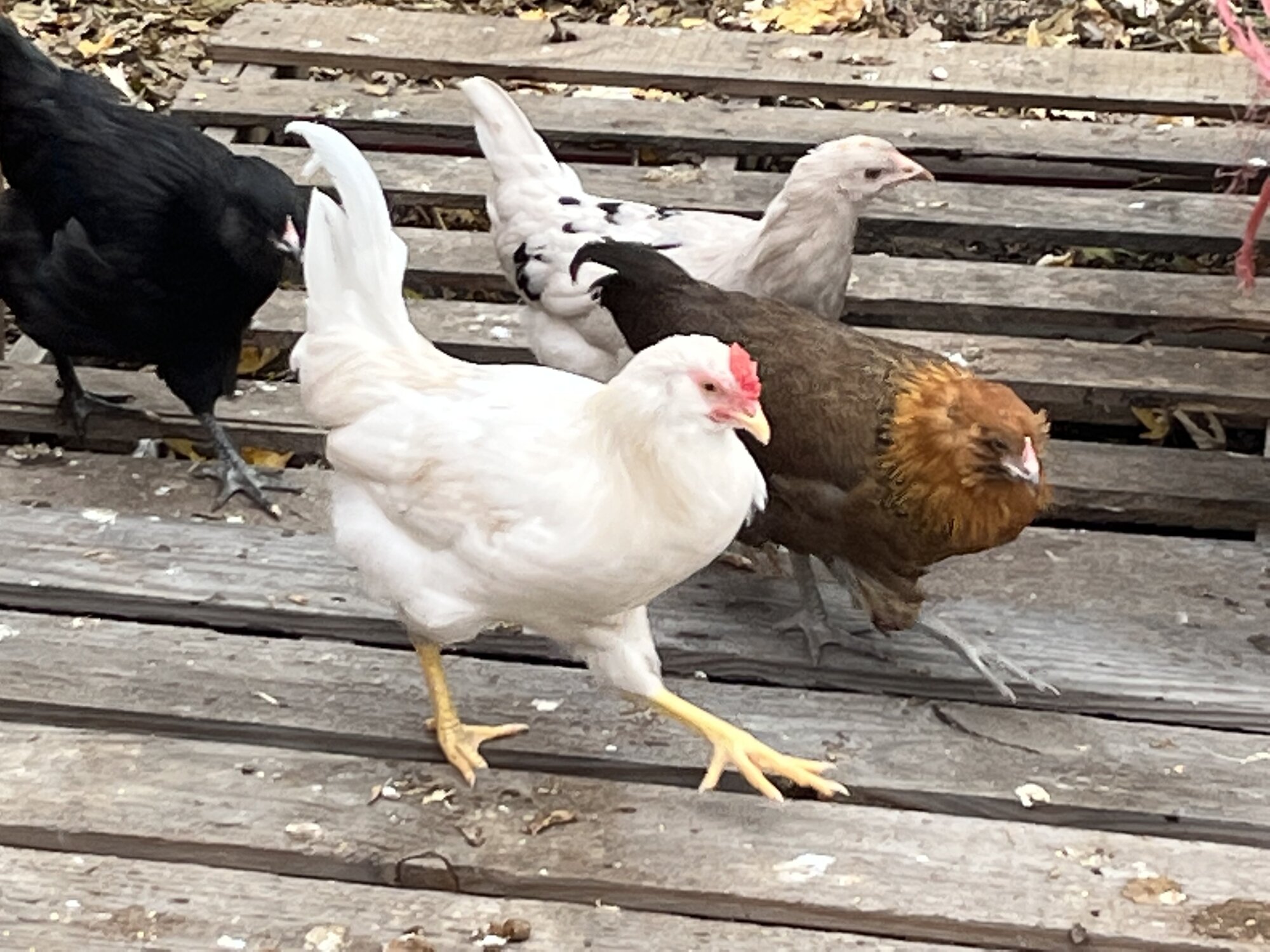 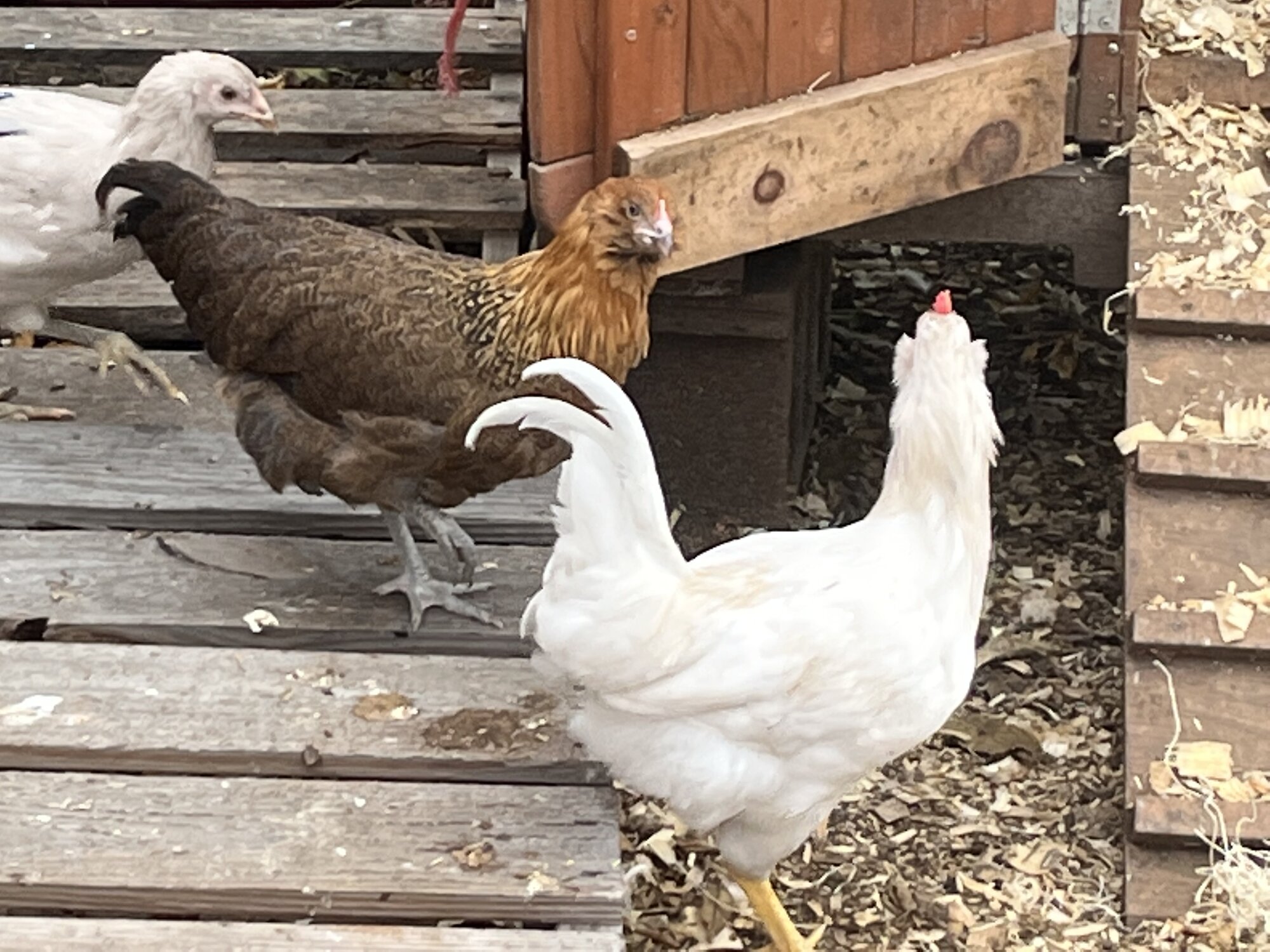 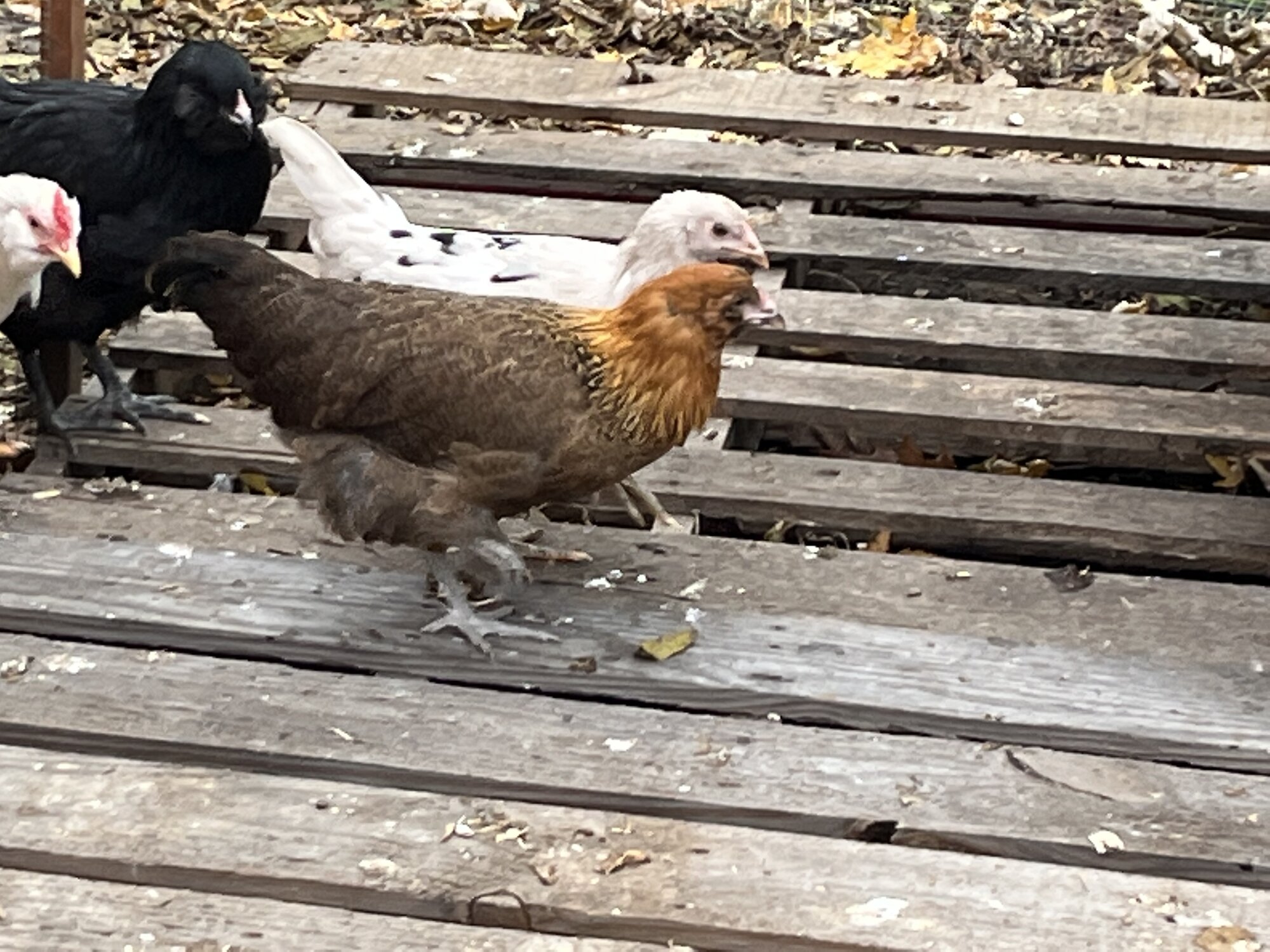 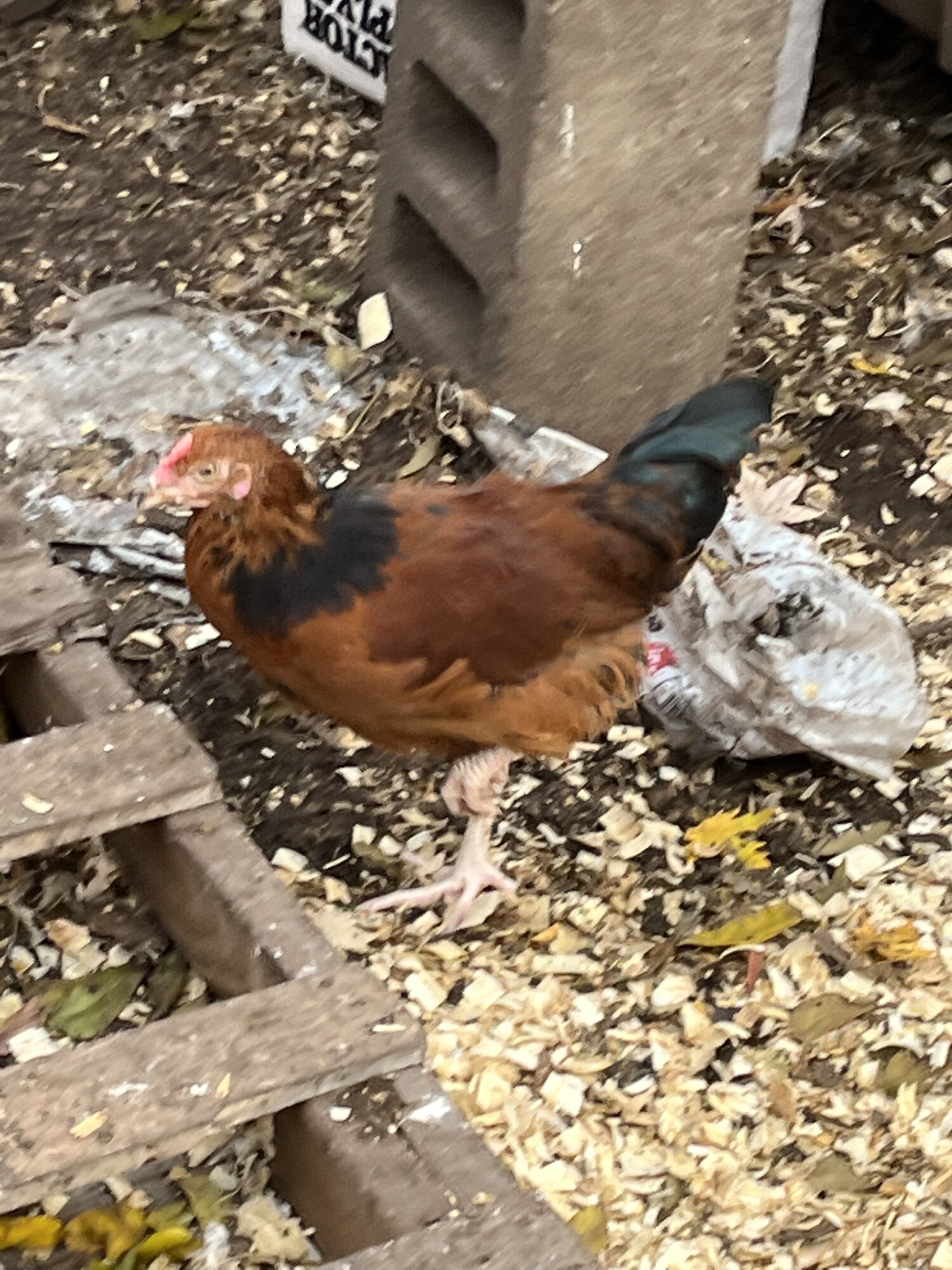 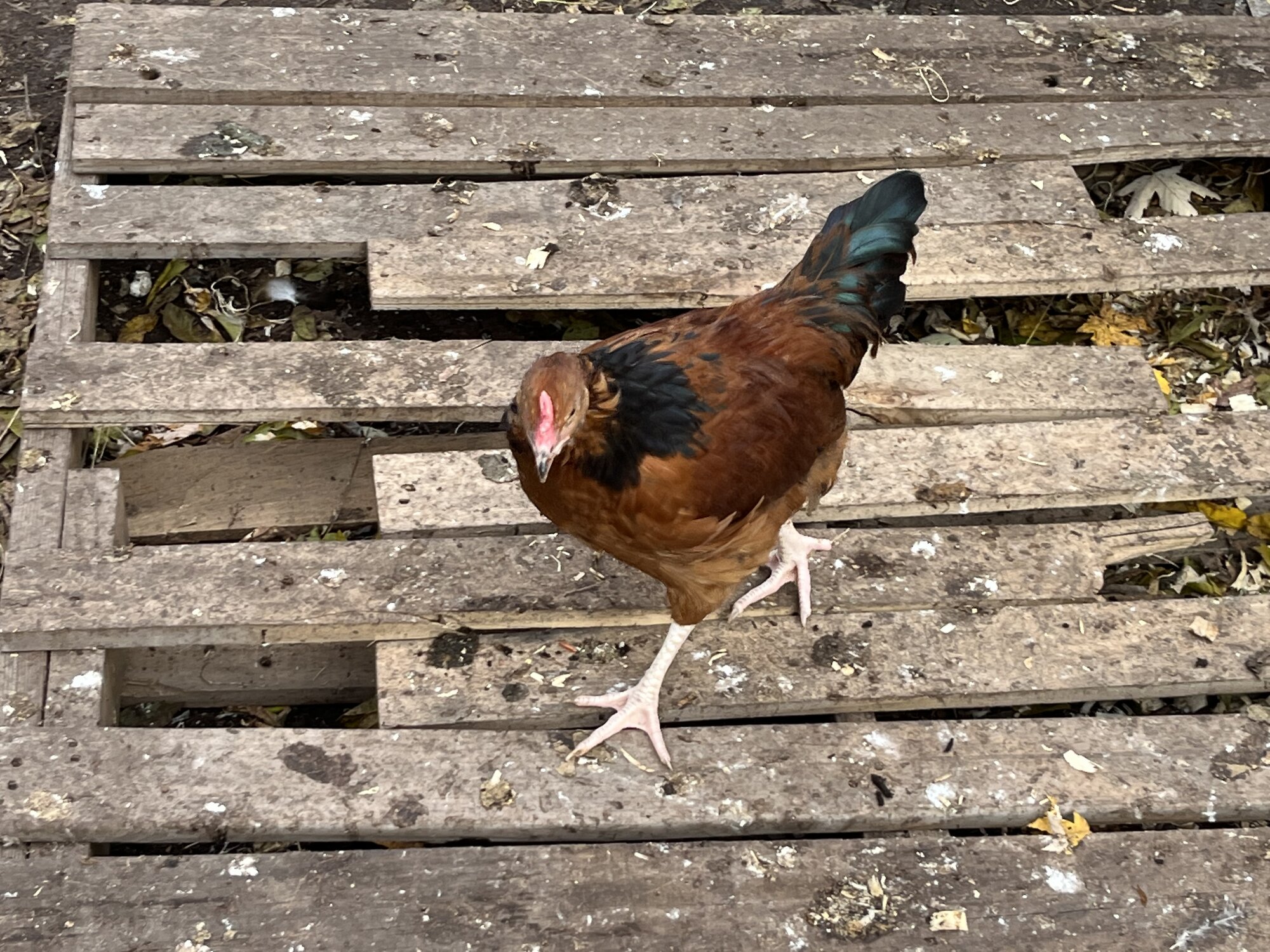 So I’m going to have to pick a favorite to keep from these two. I like all of them, and would keep them if I could, but I’m mostly torn between the leghorn mix and the brown EE. The leghorn has the check puffs but the brown one is almost identical to Fuzzy. Except for the cheek puffs and leg color. I know the decision is wholly mine but any input would be nice. 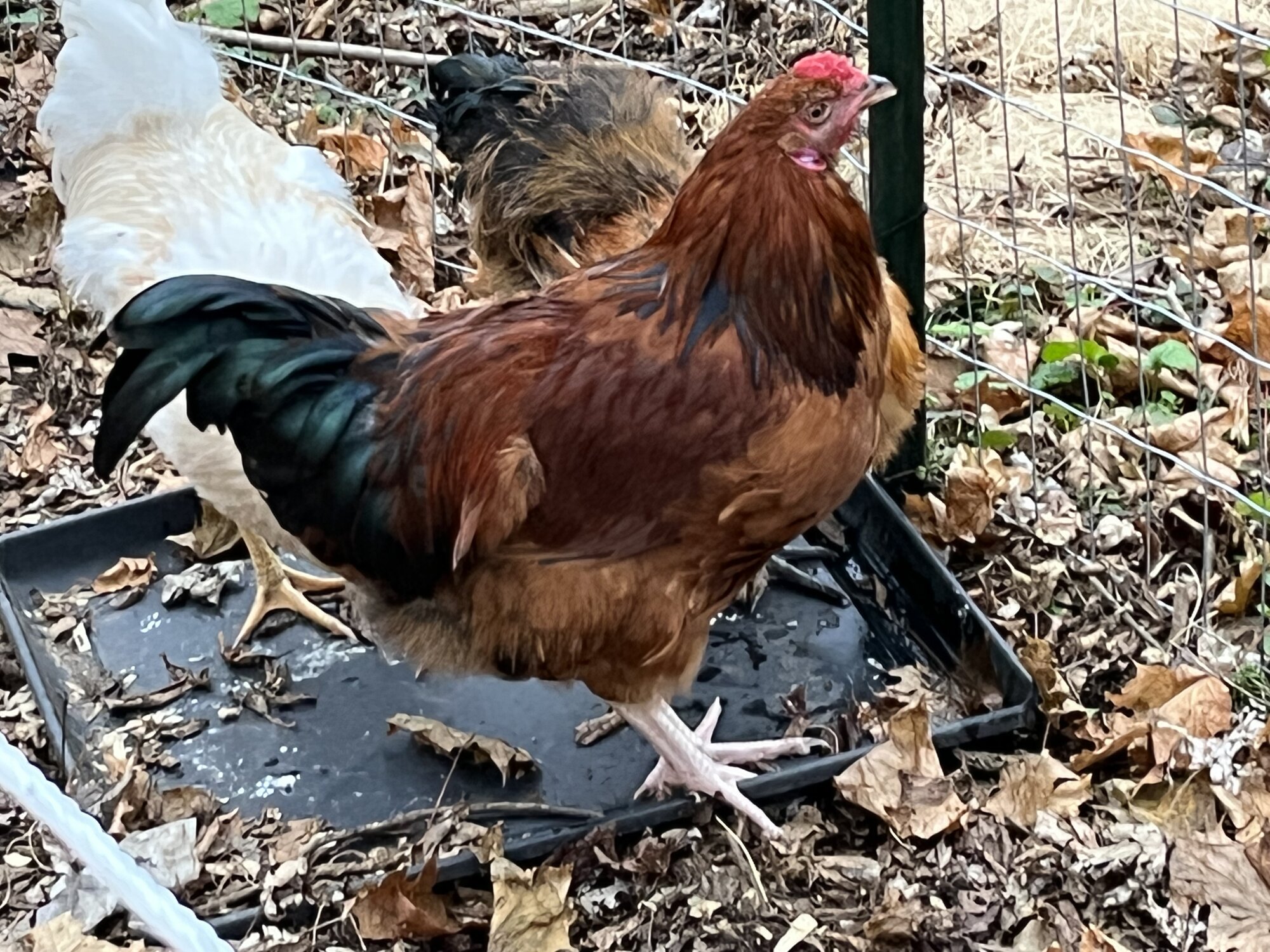 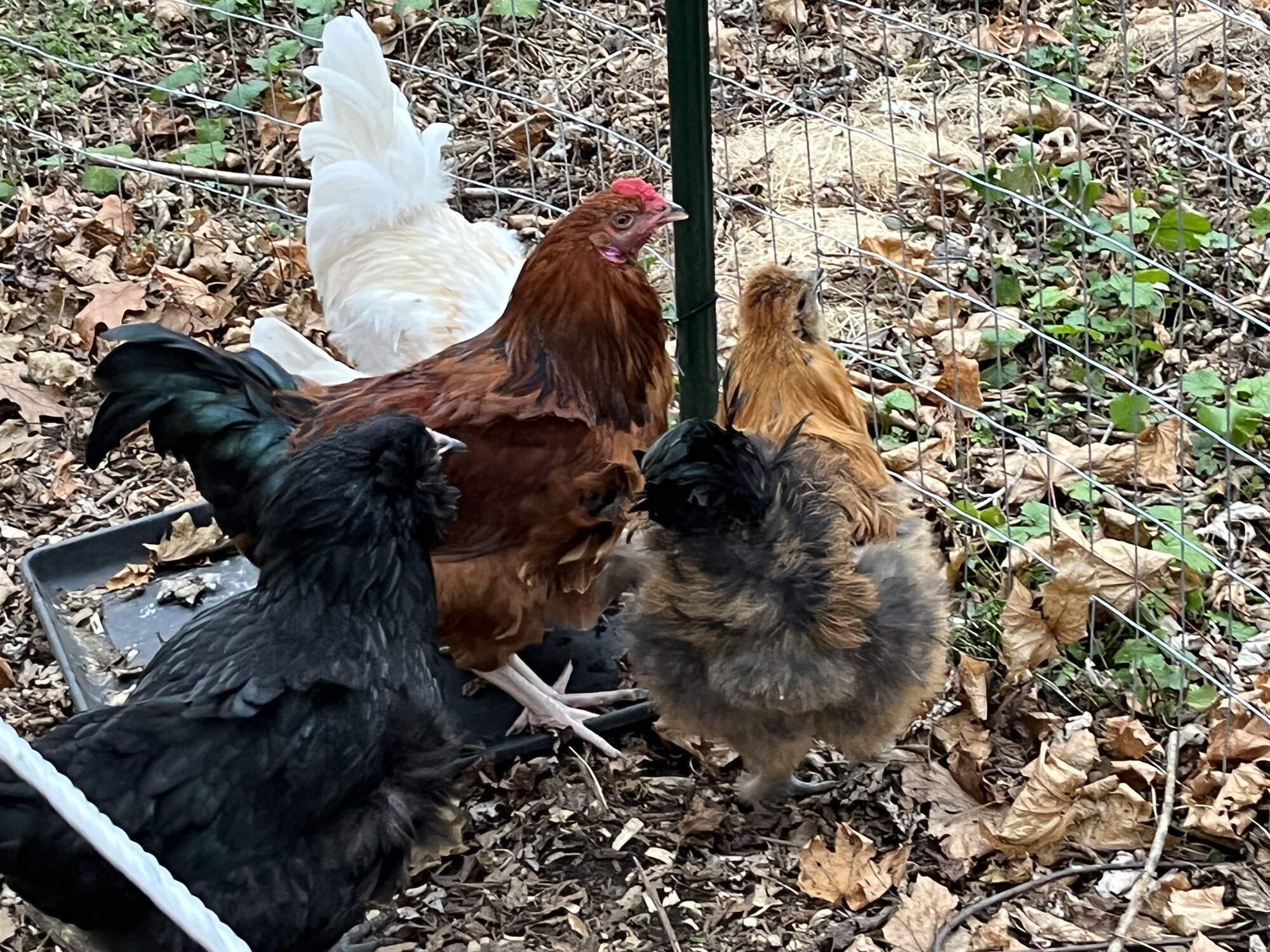 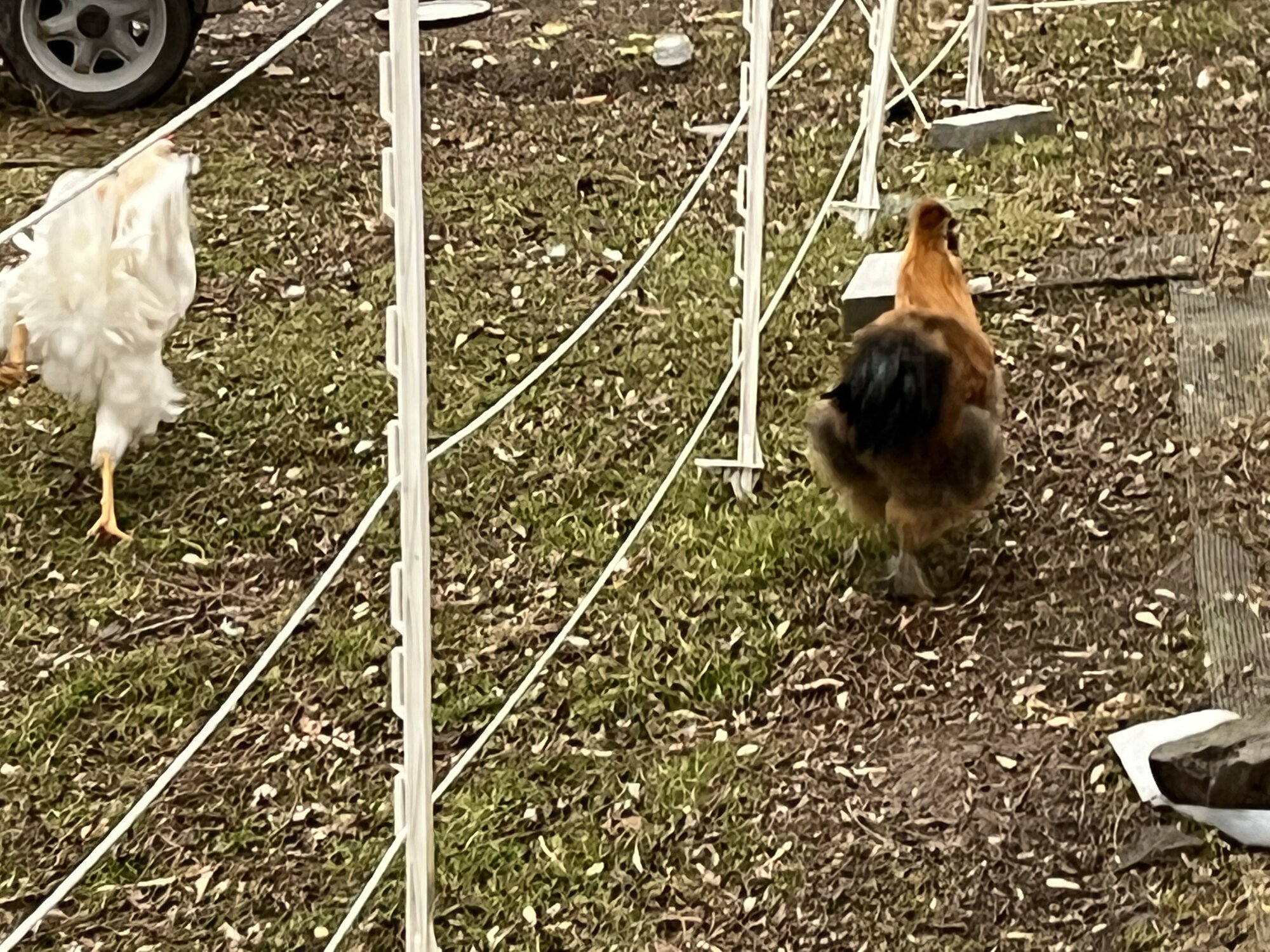 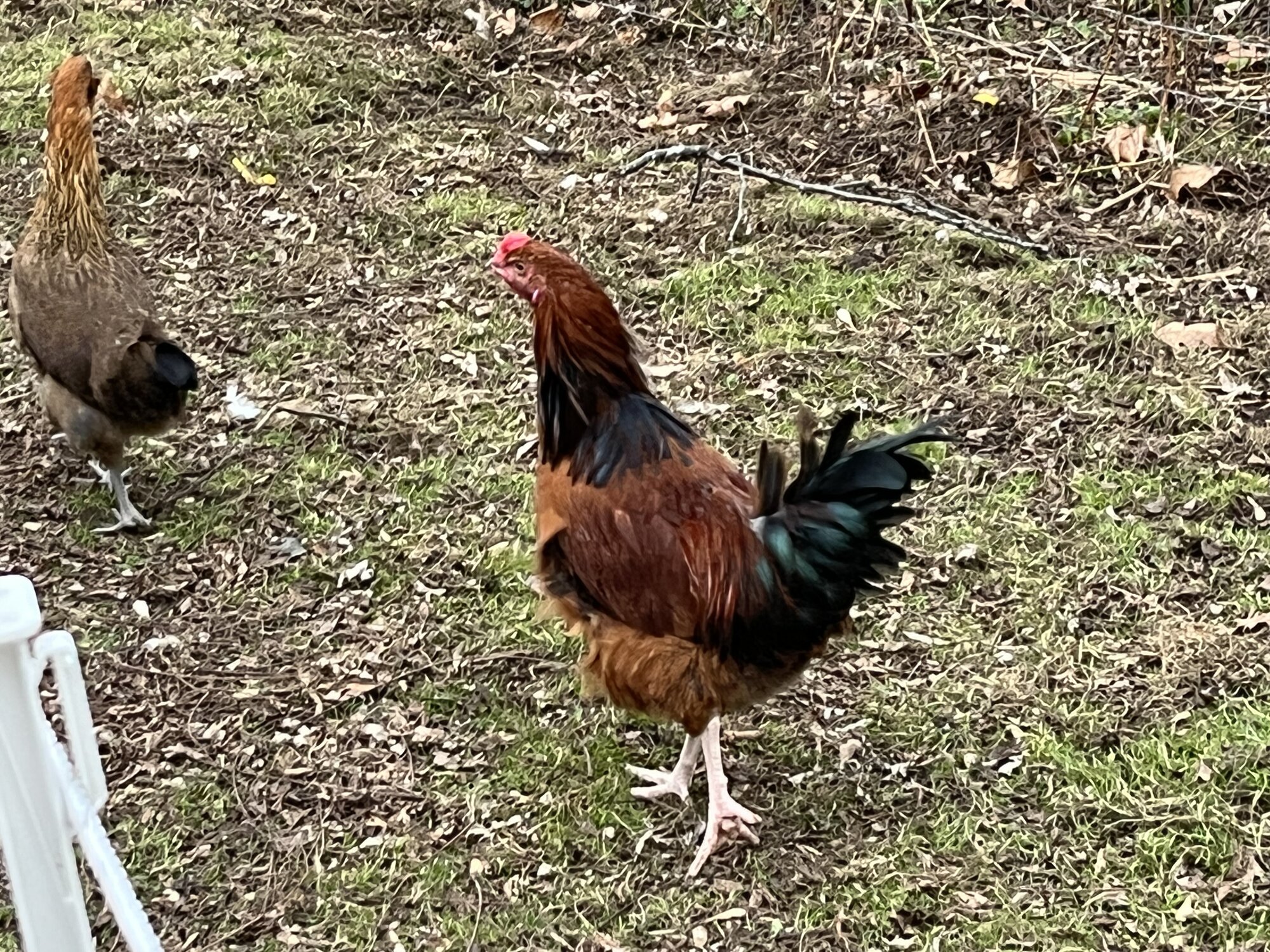 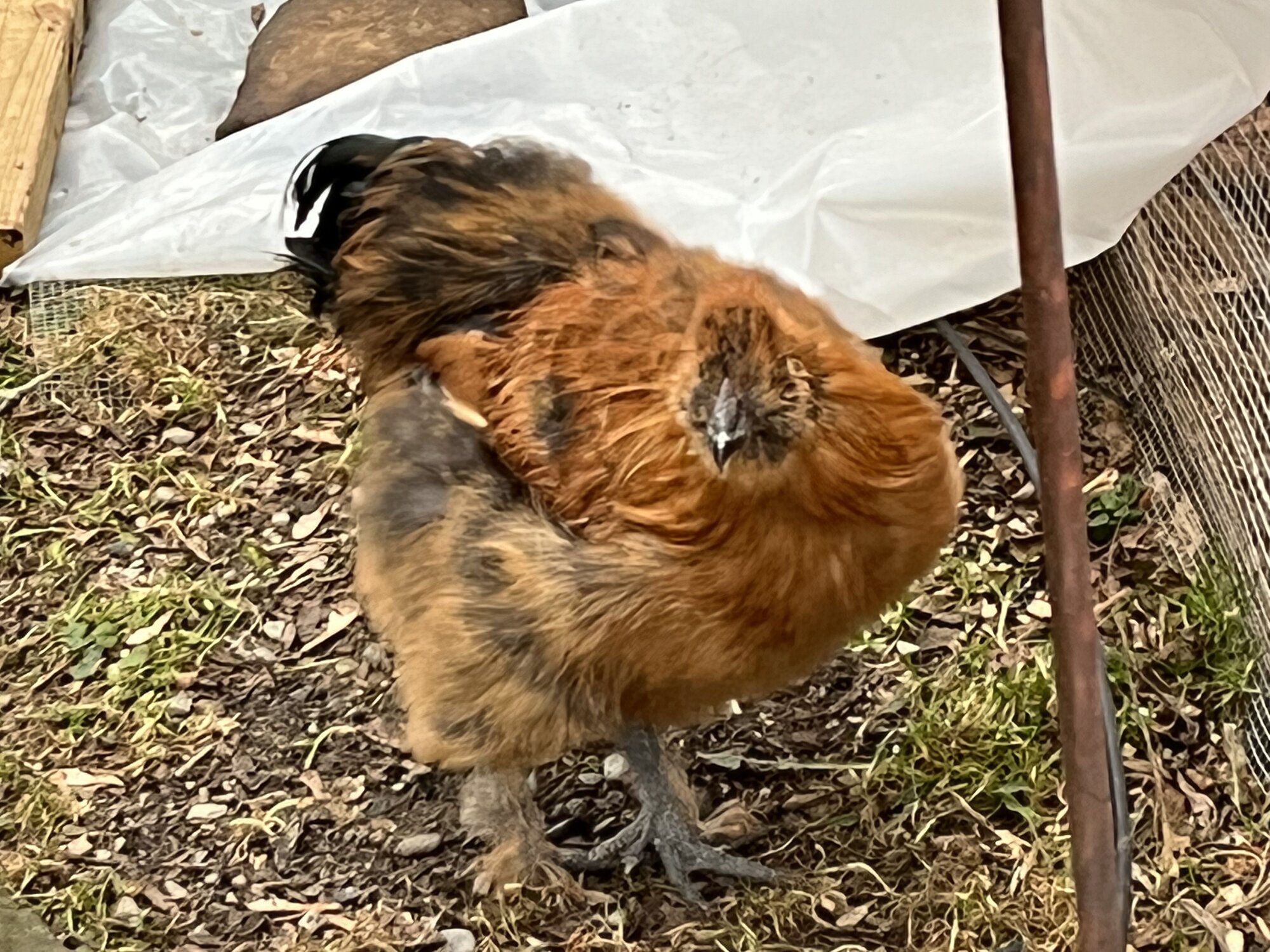 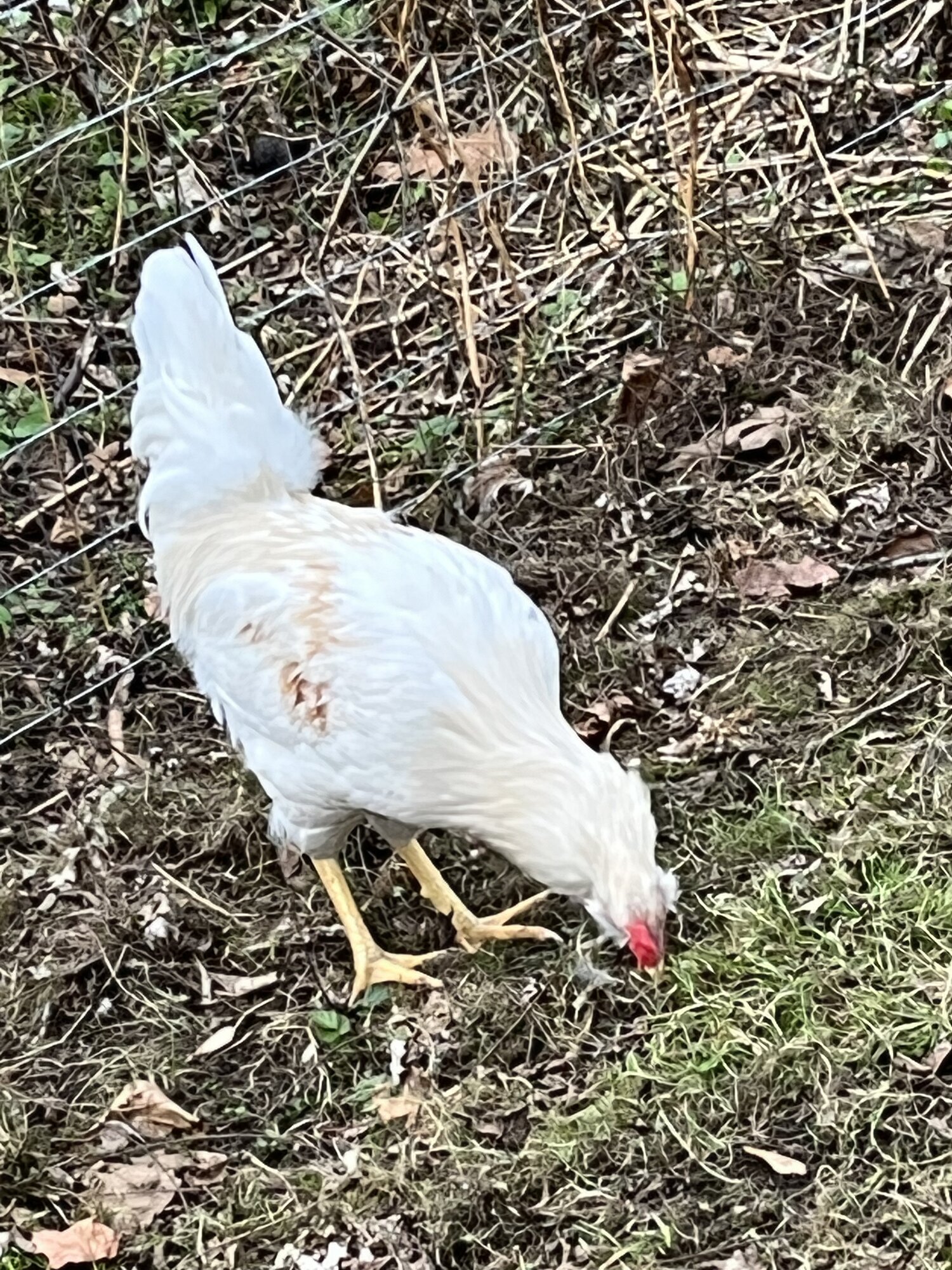 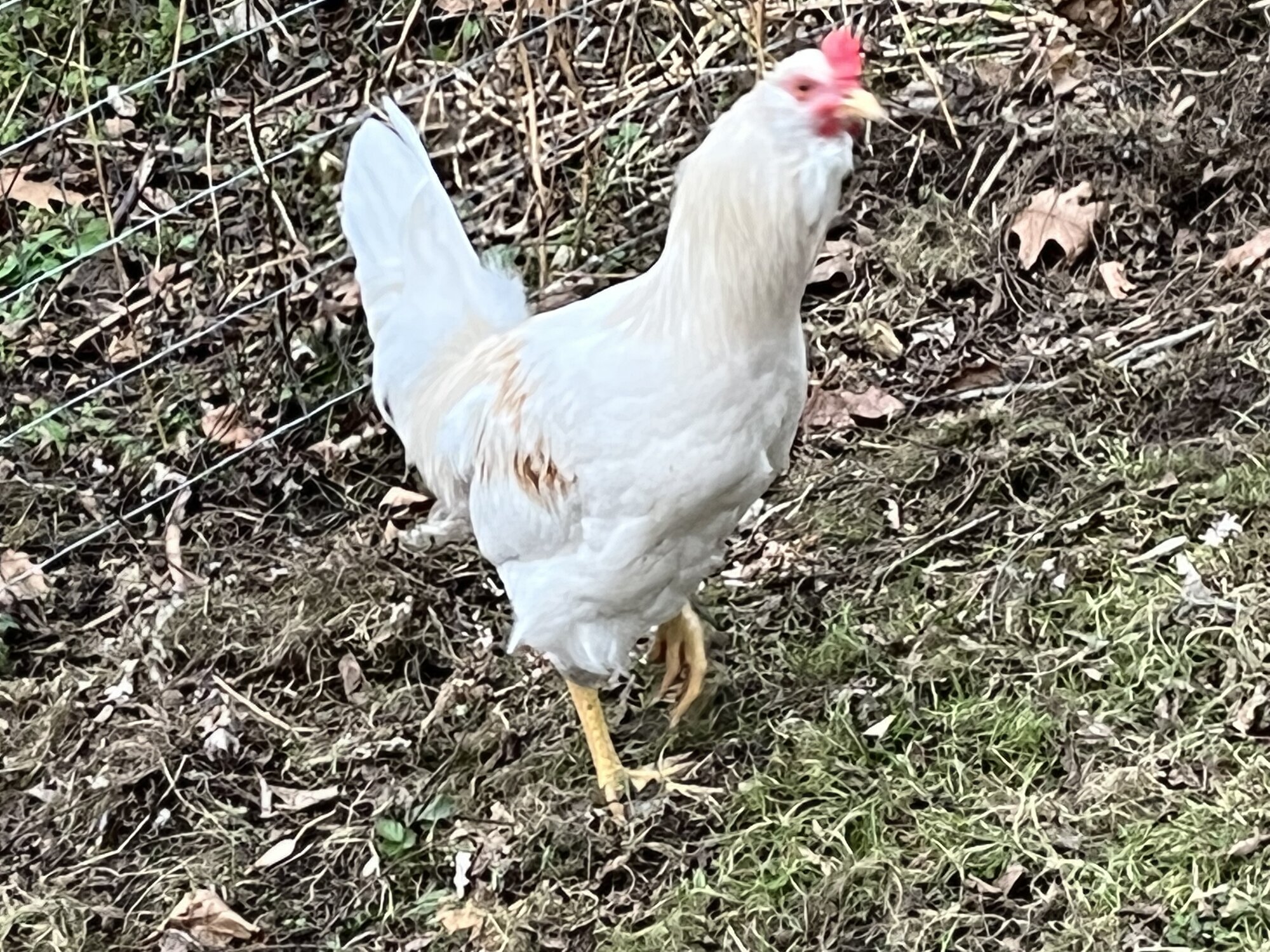 They're both beauties, and it must be a tough choice. Would having a rooster that resembles Fuzzy be more of a comfort or a constant reminder of your loss?

They are both adorable but I would personally keep the Leghorn mix. What are their personalities like?

I always pick boys based on personality.

Callender Girl said:
They're both beauties, and it must be a tough choice. Would having a rooster that resembles Fuzzy be more of a comfort or a constant reminder of your loss?

That’s a tough question. I’m not sure actually. I look at the brown one and am reminded of Fuzzy in a good way but I also miss him. So both?

Silkie Princess said:
They are both adorable but I would personally keep the Leghorn mix. What are their personalities like?
Click to expand...

My husband is leaning towards the leghorn mix too. What do you like about him?

So far they don’t have much of a personality. They’re really low in the pecking order and mostly keep to their own group. They both crow when the sun is going down. They’re the only ones that do. The silkie doesn’t even crow then. Neither are people aggressive and only try to mate with the girls in their group. The other hens won’t even acknowledge them. I’ll keep a closer eye on them to see what kind of personality they might have.

I noticed that the leghorn seems to be more dominant out of the two roosters. If I could have it my way I’d keep both these guys. Neither are really aggressive. Some of the more dominant and older hens even boss them around. They are trying to figure out mating and are chasing some of the girls though. And the head rooster isn’t always there to keep the boys in line.

I’m more afraid of what will happen if I take either of them away. I actually removed two roosters that were gaining too much power in the flock. Once I did another of my bantams became really territorial and started fighting with my other rooster. I have four roosters but might have to get rid of the bantam if the separation I’m doing now doesn’t work. I’m reluctant to get rid of him because I want to breed him.