I saw two frizzles that were labled as hens at the feedstore that I couldn't pass up. I'm the proudest mama ever, they're super sweet and extremely adorable--and their fluffy butts are to die for!

I'm new to chickens but I think they're bantam cochins. I've no idea what to call their colorings and I'm not entirely positive they're both hens, either.

They're still pretty young. They're at that half cluck-half peeping stage and they're TINY. Both are smaller than even my smallest polish chicken. 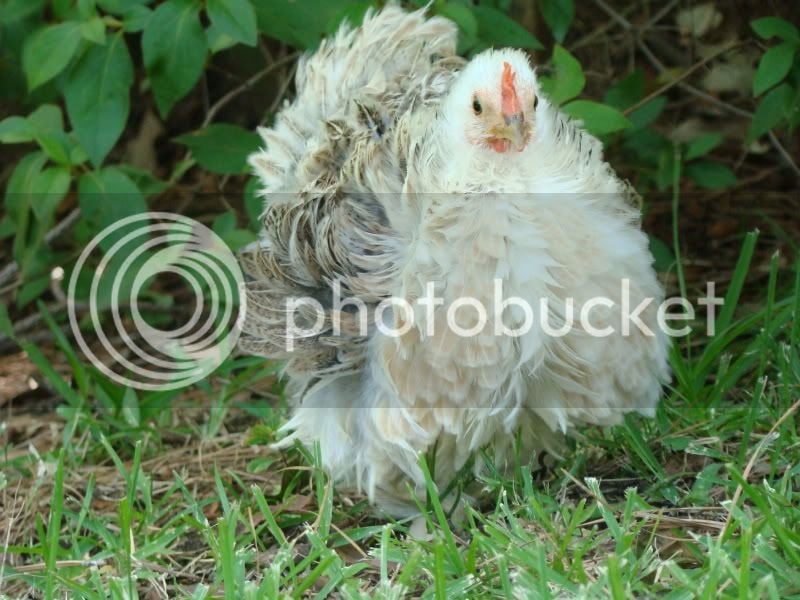 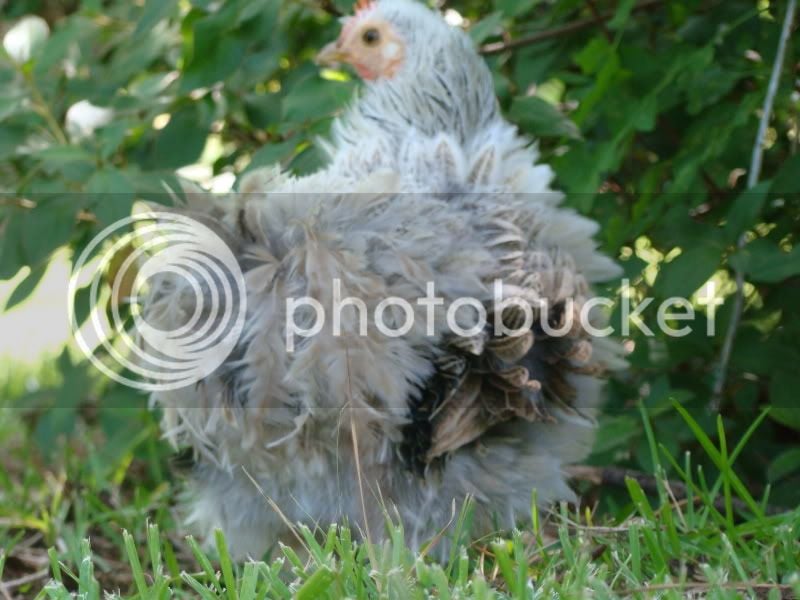 Showing off her fuzzy rear! 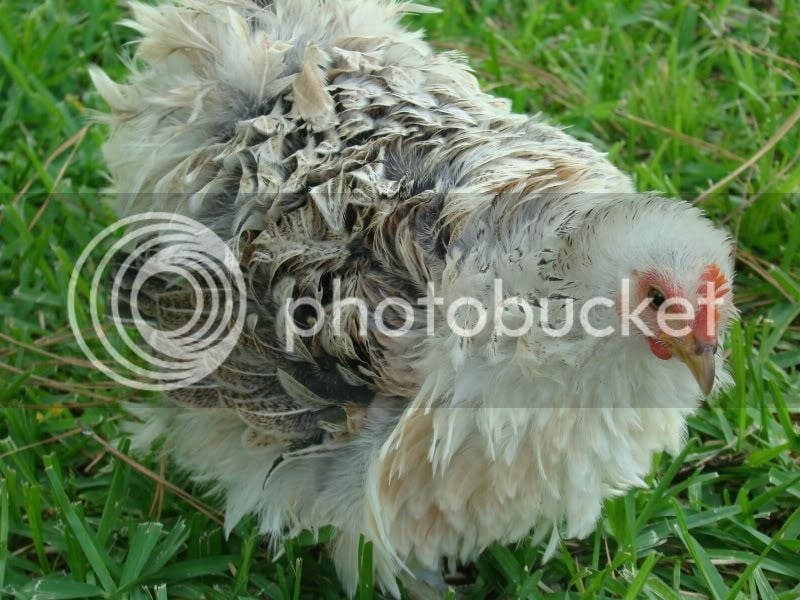 She's a much more easy-going hen than her fellow frizz. I was able to get some good glamour shots of her! 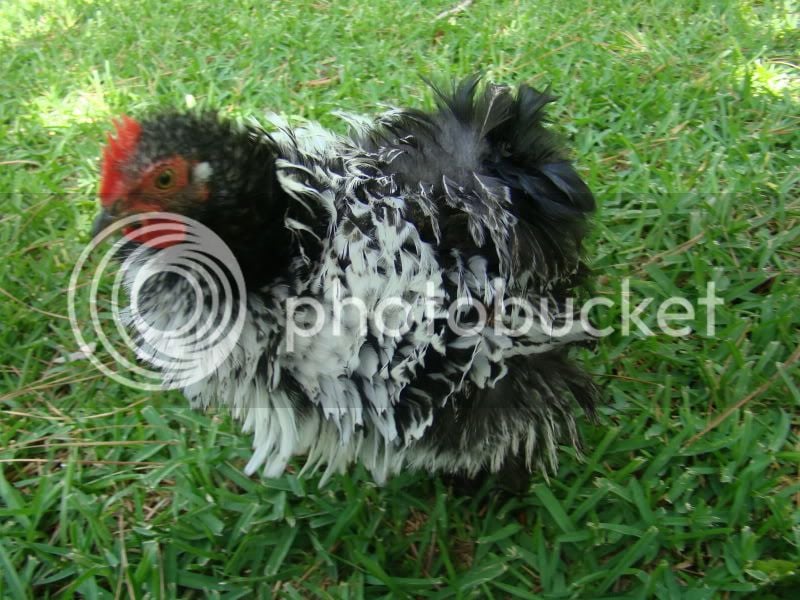 And this is Mary-Jane. She way faster than her counterpart. 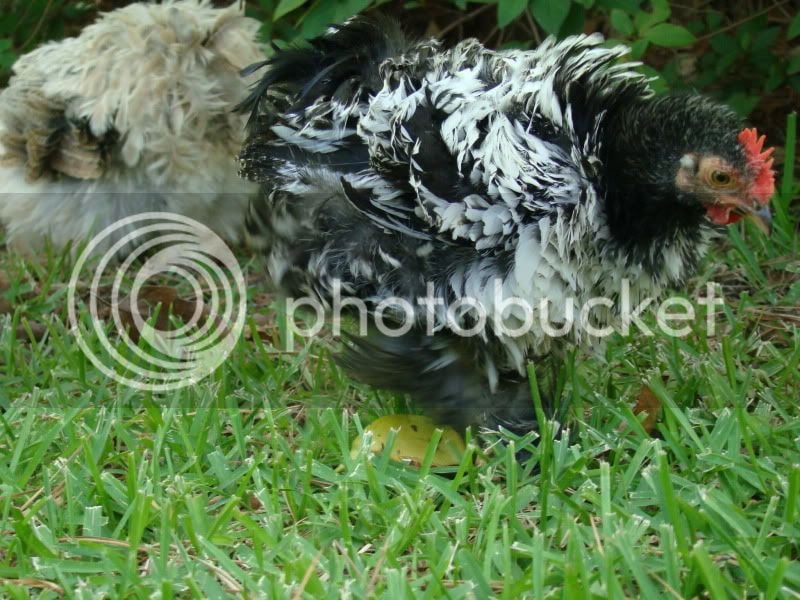 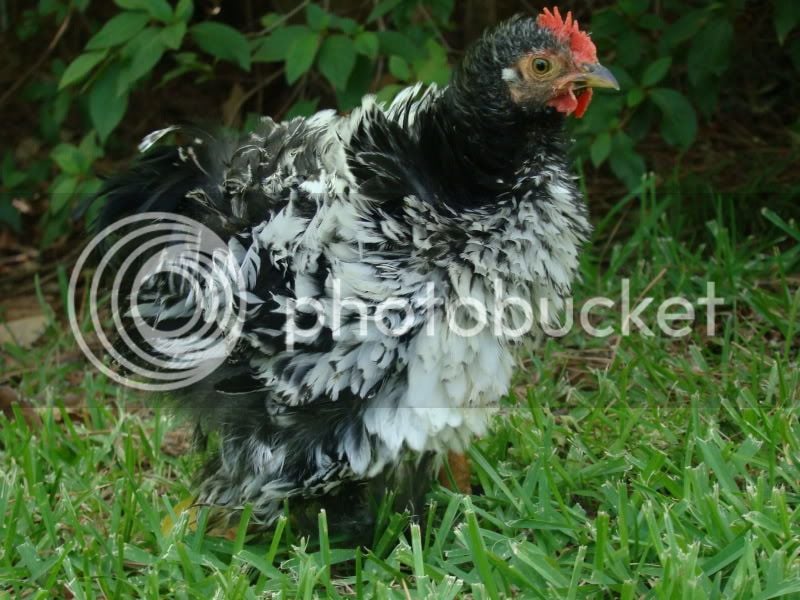 I really like the coloring on MJ and she's already brave enough to steal things from me when I'm eating!

Thank you for putting up with my doting.

No. 2 is a rooster. No 1 might be a pullet. They are bantam cochins.

They are ADORABLE!!! so fluffy and soft looking! I'm no expert but I have to agree mary-jane looks like a roo from what I have seen on here. Bigger wattle and longer tail feathers.

Aw shucks. MaryJane could be a boy?

I've had nothing but bad luck with roosters. They're always sweet right up until I turn my back. Oooh I hope she's just gender-confused!

Any ideas on what their colorations are called?

Thank you for your help so far!

Mary JAne might be a mottled frizzle rooster, and Penny-jo might be a pullet, but no idea on coloration of her.

they're both pretty, but mary jane is a knock out!!! I want one!!

first one is a silver pencilled, rooster is part columbian..

Thanks to everyone who shared their two cents! Maryjane might have to have a male name, now, but at least he's a friendly rooster!

I just found your pics, and I want both of your Frizzles!

So lucky to have them!

I think MaryJane is a funny rooster name! I'd keep it.

Need help identifying the breeds of my chooks
2

Super worried that my baby could be a rooster
2

C
Why is my chickens egg 2 different colors?
2