6 of this little guys buddies hatched yesterday (Cream Legbars) and this morning we found him in this state. Now 5 hours later nothing has changed. I can still see it's little body breathing in there, but does that look like he's crusted to the shell? I don't want to disturb him if he's ok, but if he's stuck what should i do? BTW, this is our first time incubating...we've raised lots of chicks under a hen but this time our broody gave up so we rushed out and bought an incubator and put them in. I was a little skeptical of the success rate we'd have and i'm very pleased to see that so far almost 1/2 have hatched. We did have one die in it's shell. The hole it poked has crusted over and there's no movement. So far the rest of the eggs have no cracks or pips and they're completely still so I assume those are not going to do anything. 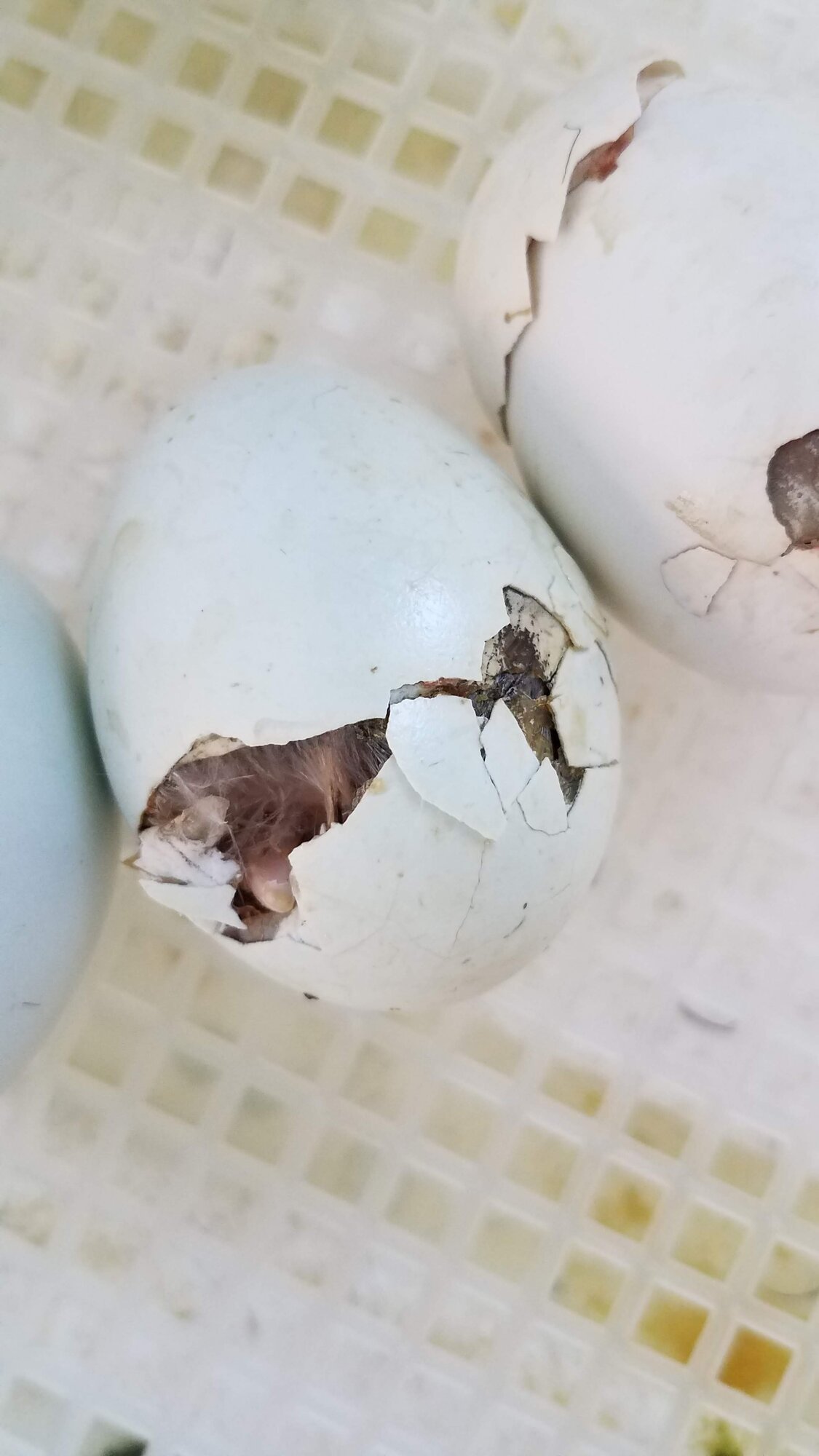 I would give her a full 24 hours, make sure humidity is high in the incubator so it doesn't dry out. I have had eggs look like this for more than 24 hours and then all of a sudden they hatch.

tanktop74 said:
I would give her a full 24 hours, make sure humidity is high in the incubator so it doesn't dry out. I have had eggs look like this for more than 24 hours and then all of a sudden they hatch.
Click to expand...

Thank you! ok. yes, I'm watching the temperature and humidity.

So, just thought I'd update. This morning there was no change with this chick situation so i very carefully cracked the egg all the way around with my thumb nail. 5 Minutes later he pushed himself out of the egg but the shell was completely stuck to his back and head. I left him for a bit to see what would happen but he just walked around with his head tucked underneath because he couldn't lift it. very carefully i cracked the shell off, leaving the egg membrane underneath and then gently i tried to rip it in a couple of places so he could move. He did manage to straighten out his head but he has since just layed over on his sided breathing hard. Poor little guy must have just had a rough go of his hatch. The other egg that was next to it i just cracked around with my thumb also and he hatched within an hour. Thankfully this little guy is fine and hopping around just right!

How is the little one doing?

He's still laying on his side but the guy is a little fighter. We tried to help him stand last night and he just fell over on his back so we're just going to watch and see what happens with him.

S
Chicks getting stuck when hatching