Help me identify this mystery chick?

Duck (named by my 2 yr old) is 6 weeks today. She was a chipmunk baby and is developing quite differently than I expected. Purchased from a local ranch store who bought all their chicks from Hoovers Hatchery. Was id'ed as a Hatchery Choice Common Layer. From photos I've seen of their breeds, it doesnt really fit a Wellsummer or a Brown Leghorn. I emailed them a picture and they guessed Cinnamon Queen, but I looked up pics and all the Cinnamon Queens I've seen have white tail feathers, are Hoover's different? I wanted to ask you all what you thought, and if it's a hen or a roo? Thanks! (Baby chick pics for reference of Duck's coloring then)

My guess would be Easter egger, but leg color is wrong. Are you sure it was that color as a chick? It resembles a Rhode island red now, but chick color would be wrong.

Yes. I only have 6 chicks. That is definitely Duck when she was a baby.

After looking at their website, I think maybe the hatchery is correct that it's a cinnamon queen. Yours certainly looks darker and lacks the extra white feathers, but it is the closest of what they sell.

Thanks! I went looking around and Duck certainly looks like some of these girls, but is single combed. As a mix, I guess it could be right still.

Improper combs show up in many breeds, so yours having a single comb wouldn't be unusual, especially in a breed that is basically a mixed breed to begin with. I have learned something about cinnamon queens now.

I found this picture of a cinnamon queen online, and it looks kind of like Duck there. 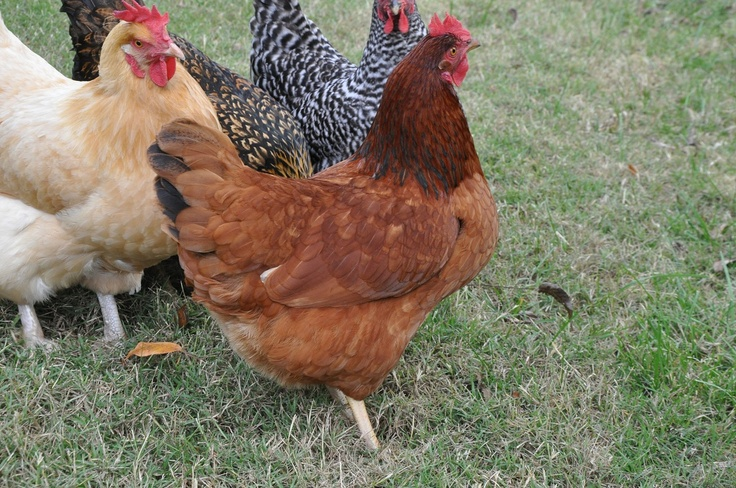 I agree with the hatchery in that she's probably a cinnamon queen, and she's definitely a pullet. Beautiful hen!