So I've been researching the whole rabbit thing and have wondered why in the world we haven't had them sooner. So scanning Craigslist(put an ad for my birds) and say a post for rabbits.

I got 3 adults who have been bred before, they are New Zealand/Californian/with a tad of Lop. They've only had 1-2 liters a piece(the females). Got the trio for $30.

Then I nudged hubby into buying a black pair for $6. They are only 5 months, but they were only $3 a piece. Not sure what breed the black ones are, any guesses? They are full grown black rabbits.

Here are the gals, the one closest has two ears erect, the far one has one half lop ear. 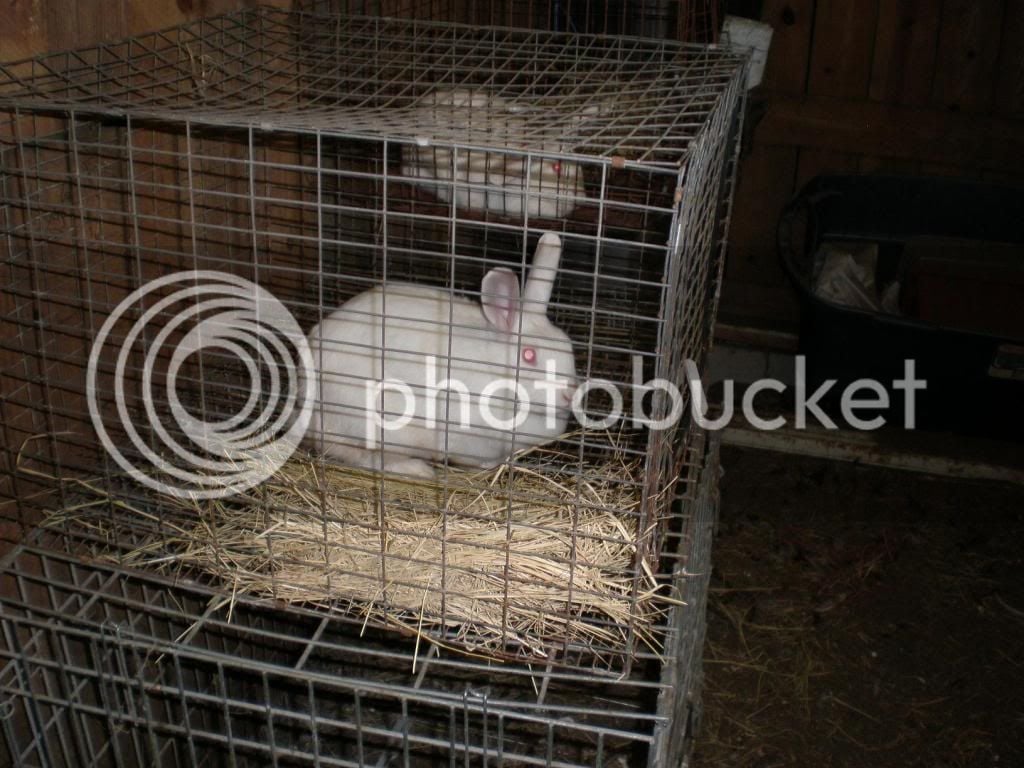 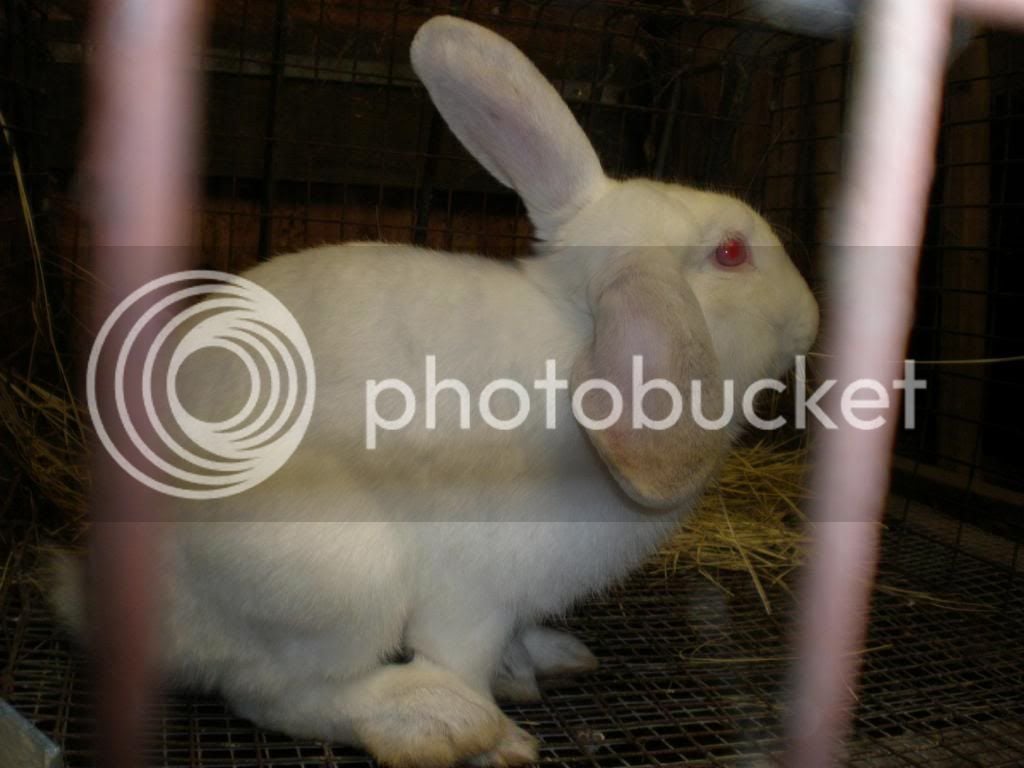 Here are two Black ones, any idea on the breed? I think erect ears is female and half flop is male. What would happen if I bred the White buck to the Black doe? Would the offspring be multicolored or solids? 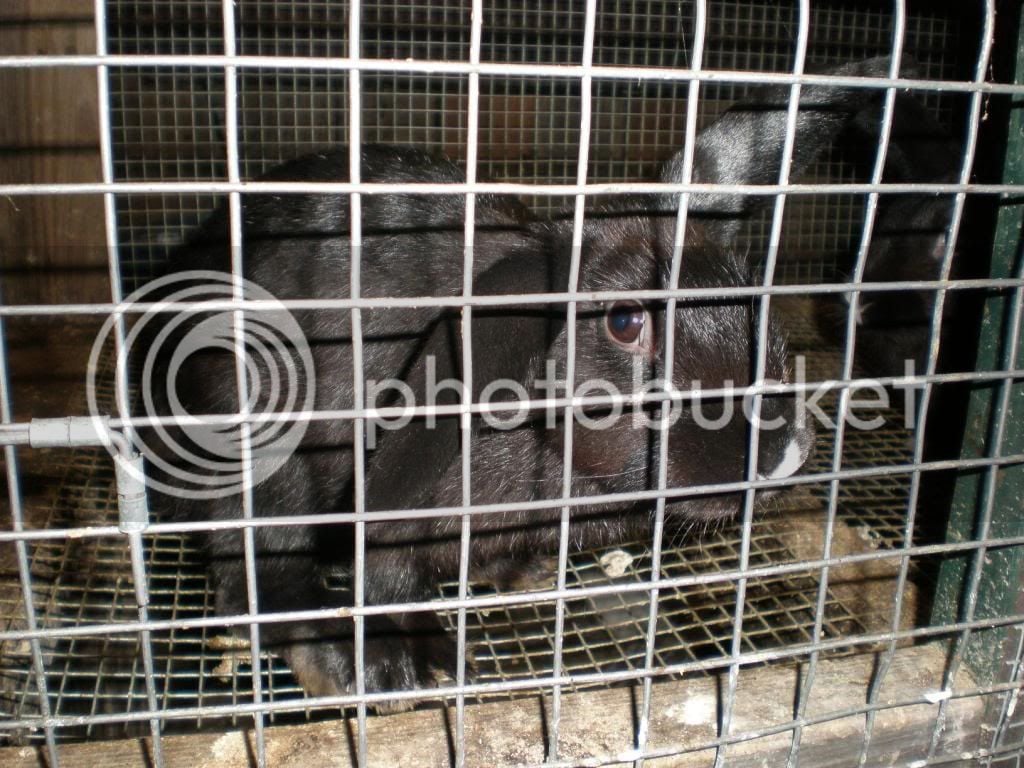 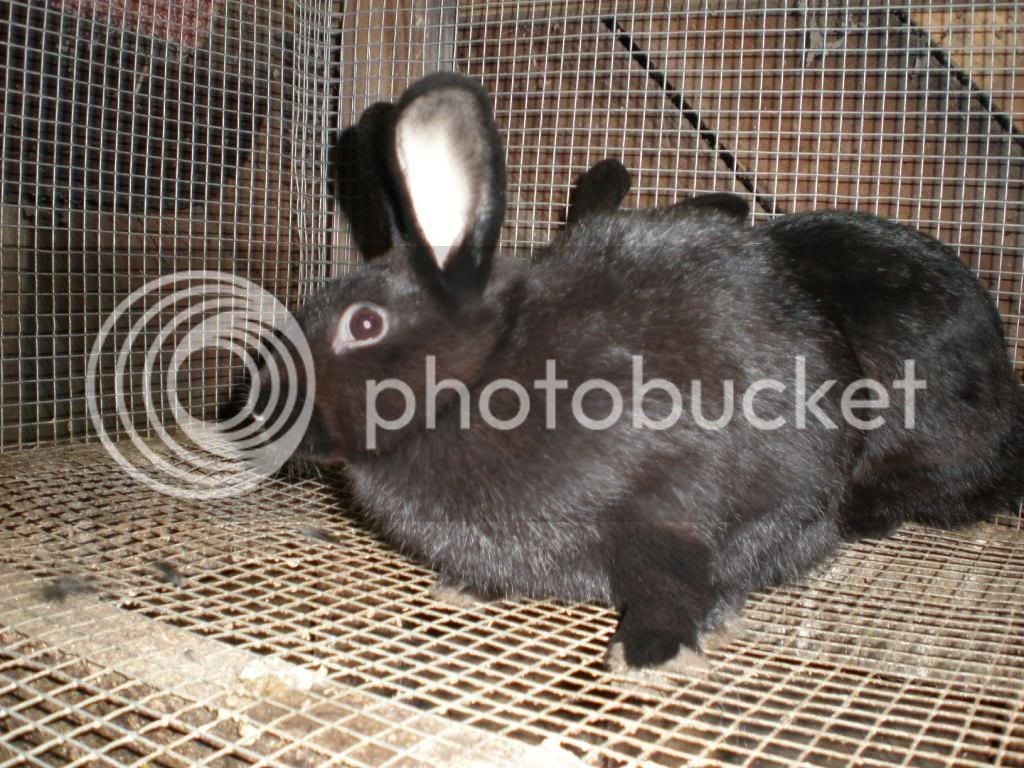 good luck. I got a pair of rabbits last winter and now I have 30 plus rabbits running around my yard.

Quote:
We "plan" on using them for production, I've already told the hubby I won't be able to be around when it comes time to do them in. Apparently rabbits are pretty good business around here. The breeder said he sells his young ones for $12 a piece around Easter and this year he sold 47.

He didn't have some huge barn either, just a backyard breeder.

Said he was thinning down because his son was slacking off on his portion of the rabbit business.

Also.. just thought I'd ask.. did I get a decent deal?

Usually I've seen young rabbits(just weaned) go for $5 or more. I thought $10 for an adult that already knows what it's doing was a pretty good deal. *shrug*

Solid to solid will most likely result in solid colored offspring, depending on whatever is recessive in their genetics.

I read that a breeding quad: 3 does and a buck can put as much as 450lbs of meat in your freezer in a year.

So rabbits are a fantastic choice for a mini homestead. If you need any help, feel free to pick my brain, I've had rabbits for 20 years.

Oh that makes me ecstatic! I love having new animals, but I love knowing I got a steal of a deal even better.

Any ideas on what the black pair are? They are only 4-5 months.

so are you gonna eat em?

do you eat em belle?

When I was in college my roommate brought some home made stew from home and I like it and then she said it was hossenfeffer (sp?) and I was like, hossen what? And then my other room mate who collects bunny stuff...figures... was screaming at Kristen saying, we just ate rabbit? and then she went and barfed. So me and the other 2 roomies laid outside the bathroom in the hall and laughed.

All I remember thinking was... it's stew and I liked it.

Why Does This Bunny Have So Much Fur in Her Mouth?
2

What breed should I make?
2