I think I have a problem.....is she going blind?

I didn't post this is the emergencies section, because it's really not that type of situation.

First off, we got this girl when she was probably 4 weeks old [right at a year ago next month], from a guy a few miles down the road...her and probably 50 other chicks were in cramped quarters that were not well kept. but we took a chance and bought six chicks that day from this guy. He said they were true "rumpless Araucanas" which my husband and I just looked at each other [knowing they weren't]. we figured out that they had no tail feathers because there were too many chicks in one small brooder...and probably picking at each others tails. Anyways...3 of the chicks that we got from him [beautiful Barnevelders] have since died in the past year; the first one died of unknown causes, but later we figured it must have been worms; the next one died of worm infestation (we were still new to chickens and didn't recognize the signs) weeks later, so we had to medicate the whole flock; then the last one died for unknown reasons, a few weeks ago. The EE's that we got from him are pretty healthy (my roo in my avatar is one I got from this guy).

But Sally, one of the ee's, has always been the low girl on the pecking order and has always been very timid, wanting to be held and staying at my feet as soon as I get in the coop. She doesn't go outside what so ever [unless we make her], so she has the cleanest feet of everyone lol. Not sure if she has ever laid an egg either. But for the past few months I have noticed that she didn't seem to see everything so well. and yesterday I picked her up and noticed a cloudiness in her right pupil [the one I suspected she couldn't see very well out of] and then I looked at the other eye, an it was cloudy too. So of course we brought her in and put her in a rubber maid bin to keep a watch on her. So I guess my ultimate question is, what should we do?? should we cull her, or wait and see? could this be something that could clear up, or is she going perminantly blind?

If this thread needs to be moved to the emergencies forum, please do so

I don't know. She can obviously still see you if she wants you to pick her up. Maybe her vision is just impaired? At the very least, here's a bump for you.

My cockeral that I hatched I don't think sees very well. His eyes aren't cloudy, but when he misses what he's pecking at. (like treats out of my hand)

I signed on this morning to add a post about the very same thing!

I have a chicken that is 'missing' what she is pecking at. And I am concerned that she is either not seeing well, or there is something else wrong with her.

She is a Cuckoo Maran. I found her 'believe it or not' wandering on the road one day around a year ago so I don't know how old she is. I took her home to rescue her from the fate she was doomed for, being hit by a car. She has always been friendly and not afraid of me at all. I can handle her quite easily. She doesn't even run, she just let's me pick her up. She used to be a terrific laying hen too! She is acting MUCH different now though. She seems 'stupid' (forgive the term) but not like her old self. She is very timid as well and gets picked on a lot. She hasn't laid for a couple months now either. I baby her and am very concerned about her. The last couple days I noticed her pecking at her food but from abou 5 -6 inches away! Like she knows it's there, but can't get to it! Then this morning I gave her some lettuce and she did the same thing, pecked at it from a distance. Very distressing, she is my favorite hen.

Sally has never flocked to treats like everyone else does...she prefers feed over anything.

She also pecks at the floor, or the waterer and sometimes the feeder...and misses her target. but she must be eating because she doesn't seem to have lost weight. But I do know that she doesn't ge a chance to eat unless everyone else is outside...and not bullying her.

I checked on her earlier to see how she is doing in the bin, and she was standing, and moving her head around like she was checking things out. I didn't notice the waterer or feed being touch, I may try and help her today.

if you have ever seen someone with Catterax (sp?) of the eye, then you would know the cloudiness I am talking about. she is one of my favorite girls, because she is so sweet.

thanks for the stories

this is her a few months ago of course at my feet Awww, she's hiding by you.

That is so sweet. That's how my Annie is, and that's why she is my favorite. How sad that our favorite little girls are the ones having issues.

I suggest you google eye problems and see if there isn't some kind of eye drops you can get and try those. I would check w/ the vet and see what types of eye problems Parrots and other pet birds have. You maybe able to check Paraket books at the library. If the Vet has some eye drops for pet birds you could get some of those and try them. I doubt they'd hurt her. Check her eyes for moisture I wouldn't think any of the Saline solutions for humans would hurt her. You could also check the pet store for eye drops as well. I don't know what is wrong.

All the Best
Rancher 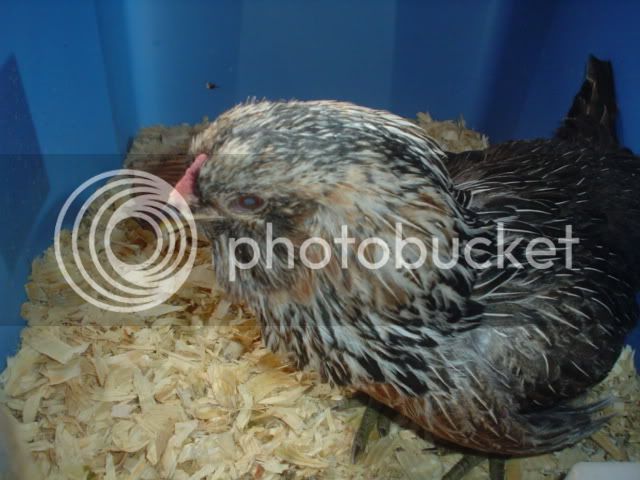 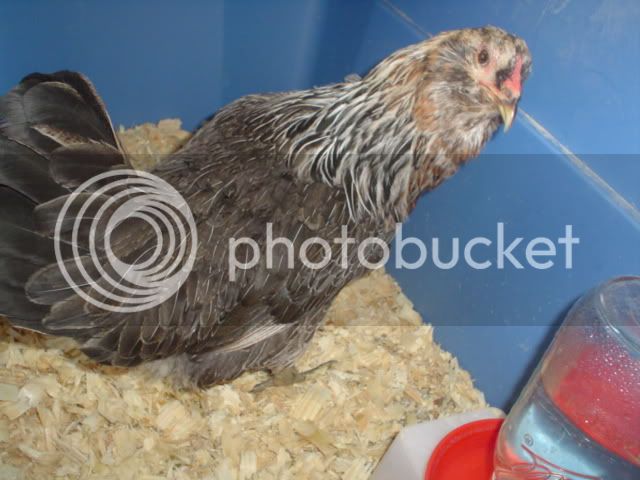 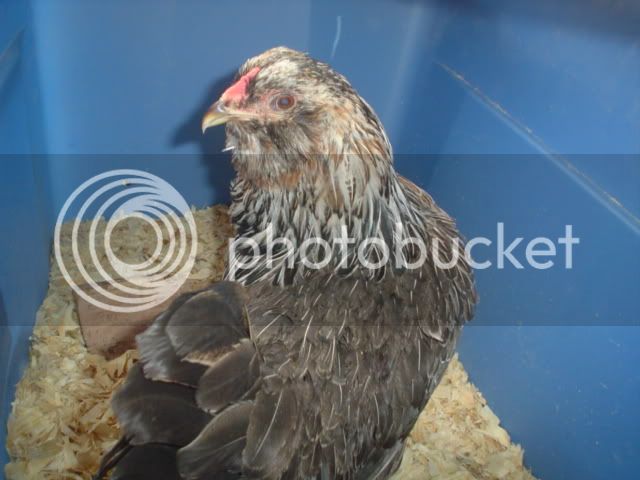 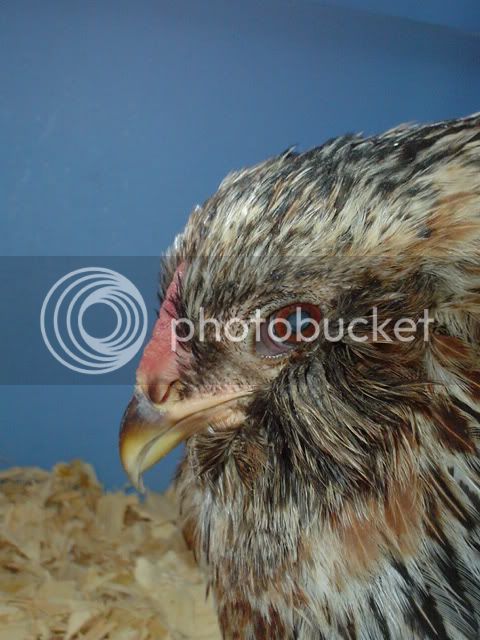 there are some pictures I just took of her...the cloudiness is very visible. but on a good note, she did flinch a few times when the flash of the camera went off....so she does see at least a little bit

I purchased 6 RIR from a local chicken person last year 2 of the 6 went blind in one eye. I think it was a genetic defect in her birds they lay fine and get around as well as the others.

My hen never layed eggs since last summer and winter and since the begging of march she suddenly started laying eggs any advice?
2 3 4