Hi all, i have two small flocks of ducks, one with 5 runners and one with 7 mixed ducks that i want to merge together. I have both flocks basically free ranging in a large enclosed area with a fence between them so they can see each other. They've been able to view each other for over a month. The group of 7 likes to quack and watch the runners but the runners don't much care about them. Two mallards have been flying into the runner's encloser and the worst that's happened is they get chased off by the lead hen if they get too close. If i put them together in the morning do you think they would be good to sleep in the same coop? I just don't want any injuries due to my negligence. The group of 7 mixed ducks have reached maturity and are mounting each other in their kiddy pool while the runners are just now starting to flirt with each other. Any advice would be much appreciated.

As an added bonus here's some pictures of my cute runners before they were all grown up having mom-time. 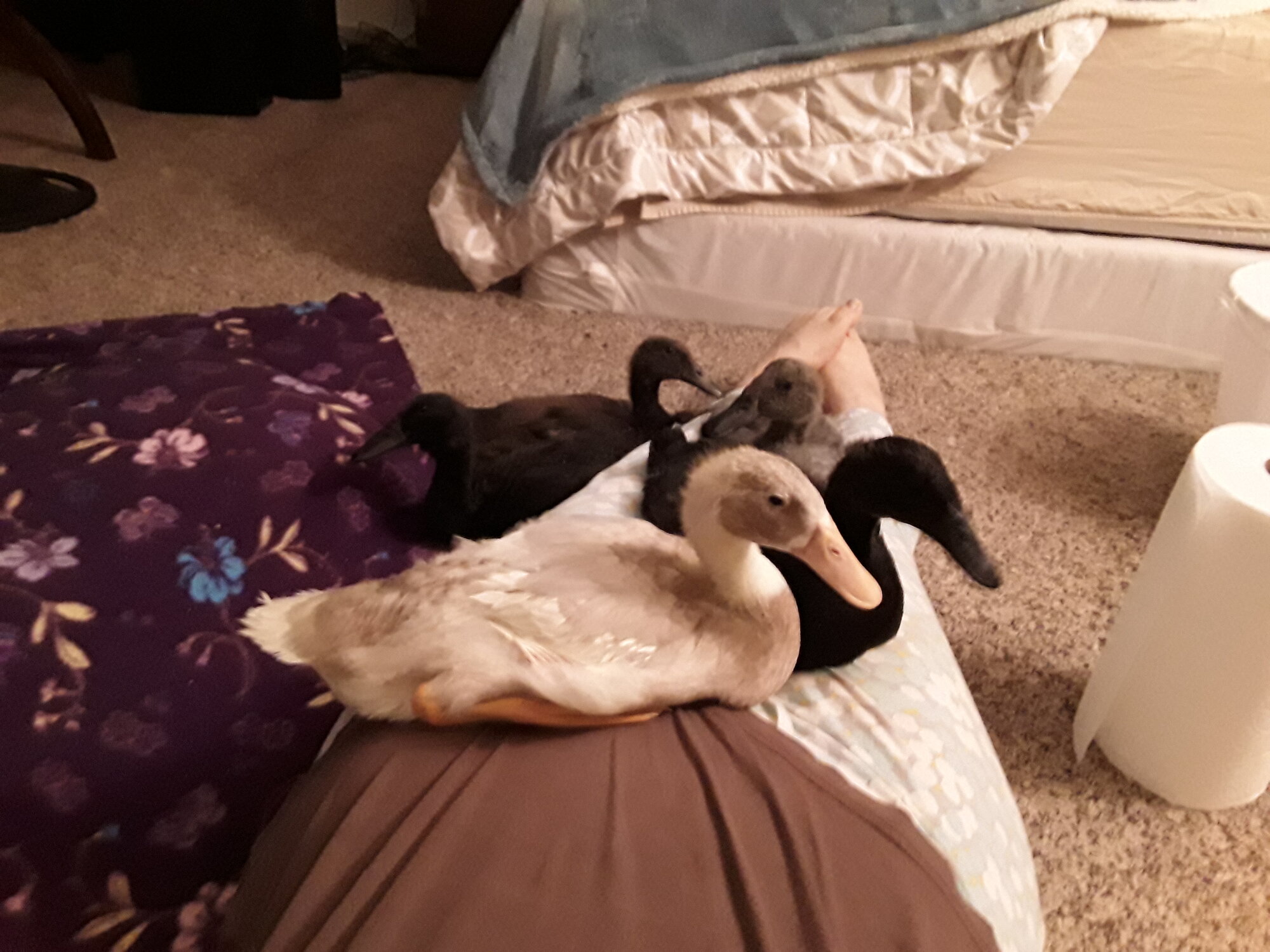 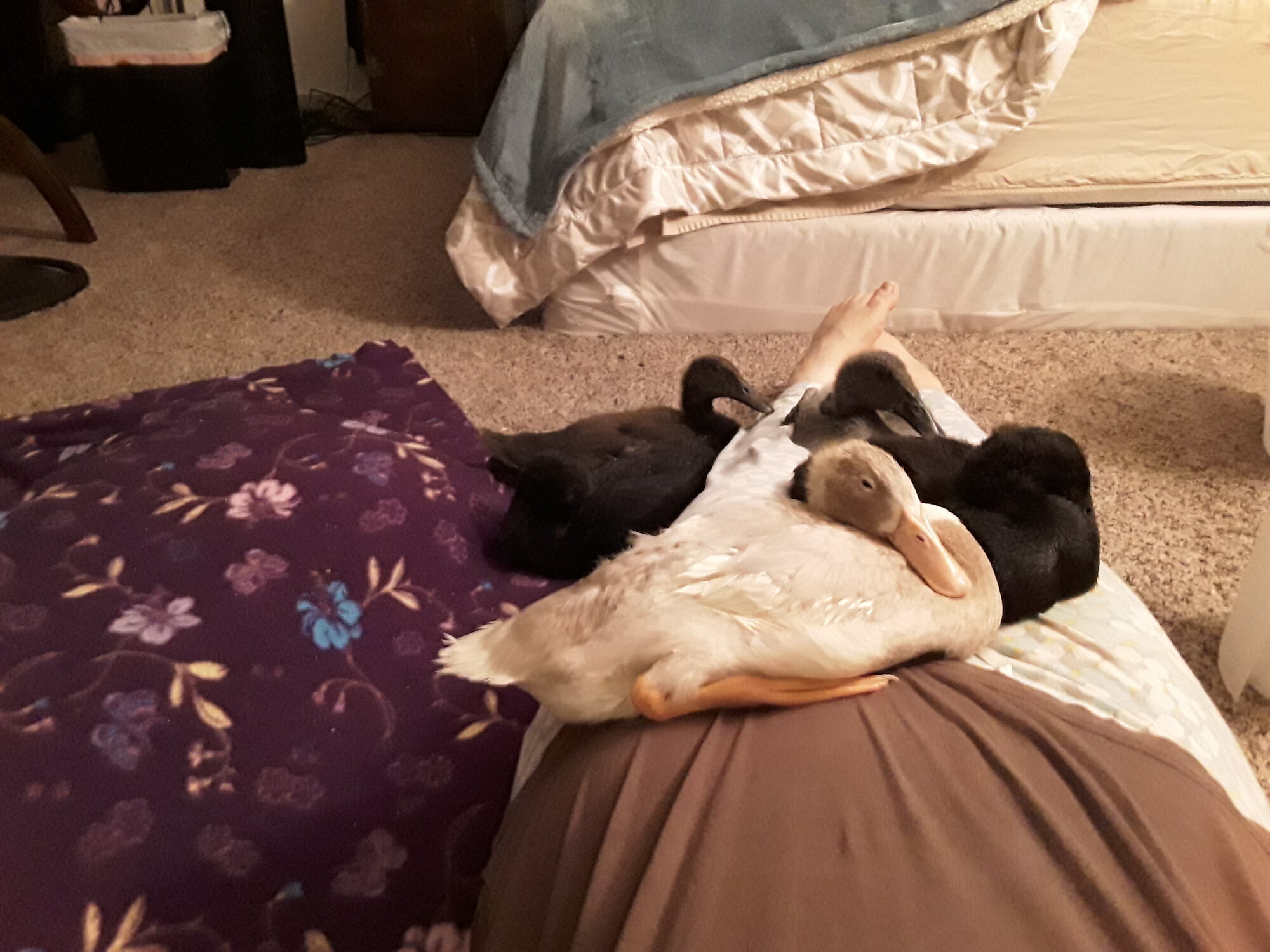 Since you've done a good job of introducing them to the rest of the flock I'd say try letting them all together and see what happens. If all hell breaks loose the worst thing will be to separate them again for a while. Watch them and if nobody is being really bad you're probably ok.

I'd done this a few times now. When I introduced 2 new girls to my flock I thought they would want to be in their own pen the first night but when I put them all to bed that night they all marched into the same pen and settled right down. Same thing when I introduced a new young drake to 6 older girls. The first night, everyone marched into the same pen.

I have learned that the different groups usually can get along really well but will be a bit standoffish for a while. My 4 runner babies (who aren't babies anymore) always hang out with each other but have no issues with being around the 7 older runners. I know @Miss Lydia's ducks do the same thing. They form their little cliques but that's ok.

Thanks, I'll go ahead and see how everyone gets along

You were right, it took very little coxing to get them in the same coop. I'm sure it helped that the runners coop used to be the mixed group's old coop. They came out this morning without issue but i'm sure it will take more time for them to be ome friends. Right now they're just ignoring each other in the yard. XD

C
How long to keep runner ducks locked up before free ranging?
2 3

Is integrating adult ducks with other adults difficult?