Is it too early for freedom???

We have three road island reds. I think they are about three weeks old. I have been letting them out in a wire box staked to the ground and I give them food and water. I make sure that they have both shade and sunshine. It’s about 80 or 85 degrees outside. They seem to do fine but should they be outside? I check on them and haven’t been letting because it is raining. These are some pictures of them form Saturday. 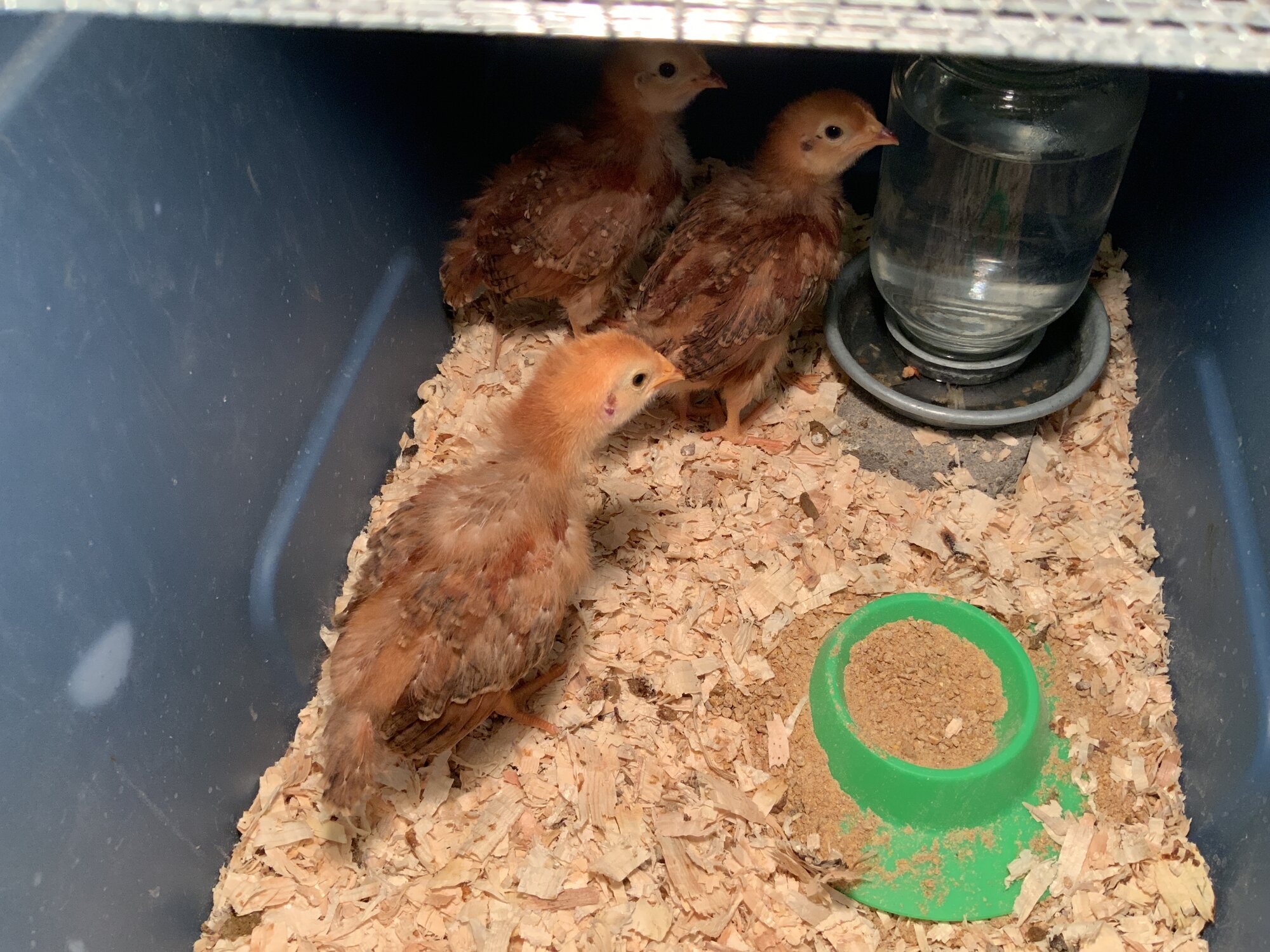 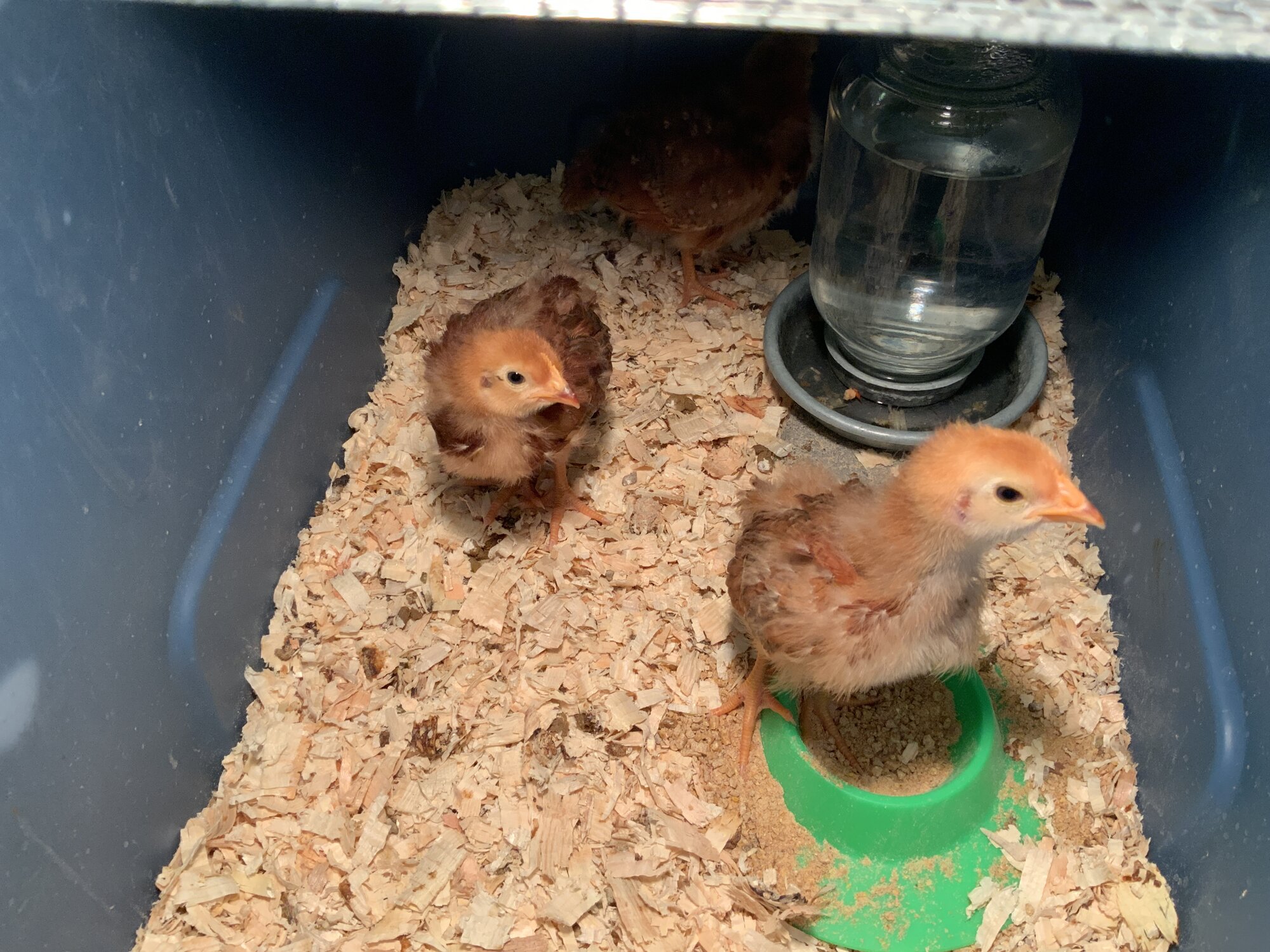 Put them out already.

Do you have a predator-proof coop?

I’m sure they’ll be fine in that weather. I typically wait till they’ve completely feathered out but we also have older hens and the chicks need to be able to handle themselves and be slightly older before I put them together.

A bit off topic they are really noisy (l think it might just be one of them it is hard to tell) is because they long for the outdoors?

Mine got real mad about being in the brooder once they realized how fun being outdoors was. But they also hated rain, as well as the tarp I put over their outdoor enclosure. So we just left them inside on rainy days - there was lots of complaining.

Since you've got food, water and shade/sun in the pen (and if you're sure it's predator-proof), you're probably good to go. Give them some chick grit or coarse sand if they might be eating anything out there that isn't chick feed.

I will also say that while they may long for the outdoors, they're also chickens. I've had to stop myself overly meeting their needs because of the adorable sadness peeps, but you've got a better sense of what's good for them. If they need to be in the brooder because it's hot or raining or whatever, that's your call, not theirs!

5 and 6 week old chicks acting cold in an 80 degree room?

B
Outside or too young?

Can my chicks go outside?