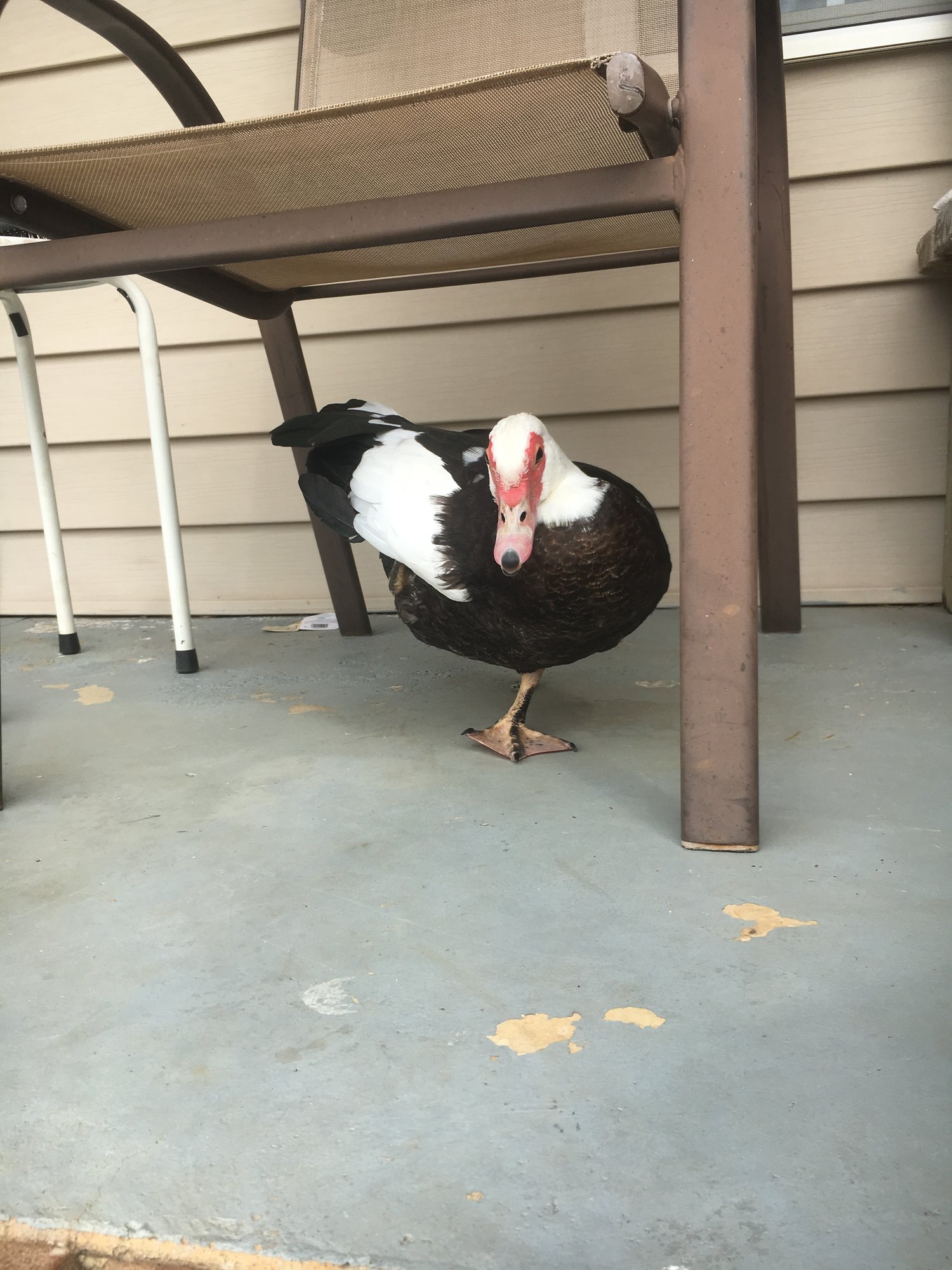 my female Muscovy has had an itch under her wing for a few days. I picked her up and looked but didn’t see anything. She hates being picked up or touched so I would hate to continuously pick her up, but it’s really bothering her. She previously had a broken wing, and her wing actually broke off at the elbow, so she only has half a wing now, but it’s all healed. Advice?

Do you have any Vetrycin spray[TSC] might soothe what ever is going on.

B
My duck got attacked

Duck hurt and leg is hanging there