I drove down to my local TSC at about 10AM to check out the chicks. The postman had not yet deliverd them.

Ya think I'd have enough will-power to just come back a bit later. But NO!
I got in my car and drove another 30 minutes down the road to the next TSC that I knew had the chicks in (cuz I called them).

They had three full pullet bins. I got 3 Ameraucanas (EE's), 3 Barred Rocks, and 2 RIR's. That was the extent of their pullet variety (they also had ducks).

On the way home I stopped off at my local TSC and the baby chicks were there! They had three pullet bins (RIR's, Cornish X and Australorps) and one straight run bin (Leghorns). I wanted Australorps, so I originally grabbed 4, but they have a 6-chick minimum, so I grabbed two more.

So now I'm the first-time happy mom of 14 baby chicks that seem very happy and content.

My daughter is an aspiring photographer, so I asked her to take some pictures of the chicks for me. She found her favorite chick; a very photogenic EE with whom she is falling in love (and she didn't even want any chickens!). She took a million photos of that chick (it looks almost like an owl).

Here are a few photos:

The lot:
I have them inside a large dog crate with cardboard around the bottom to prevent drafts (or escapees).
I have shavings underneath the paper towels (paper towels will be thrown out tomorrow). 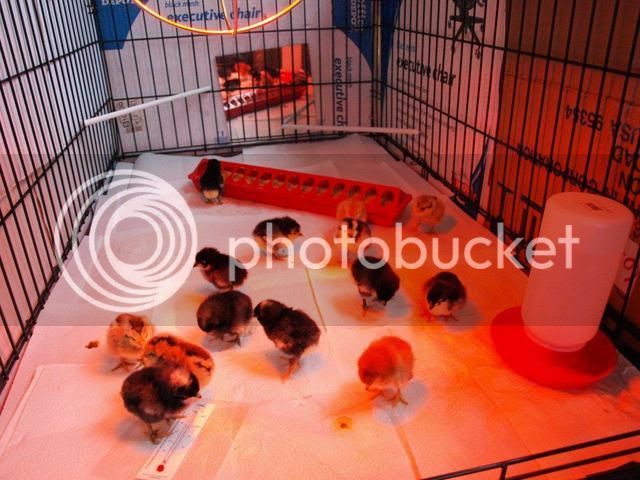 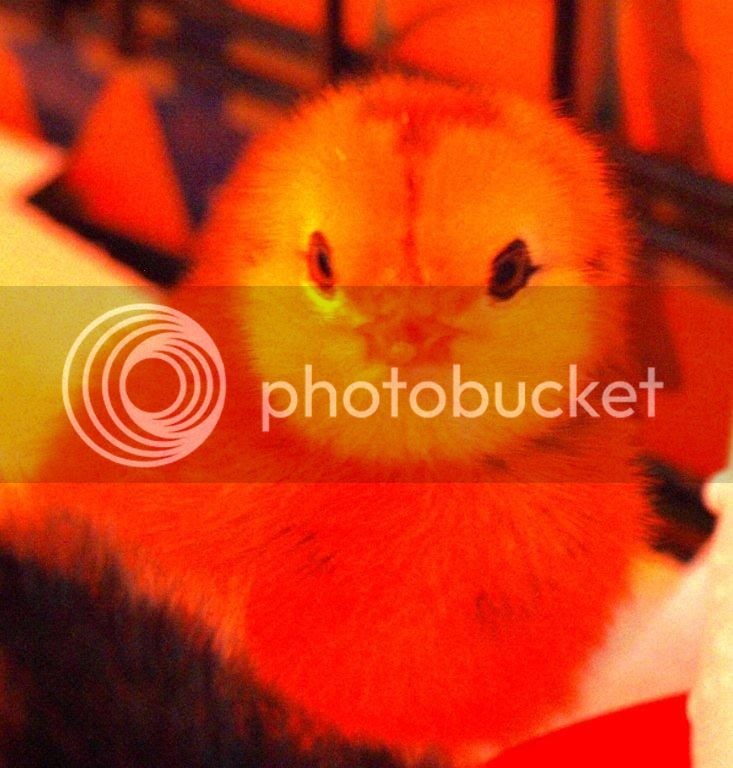 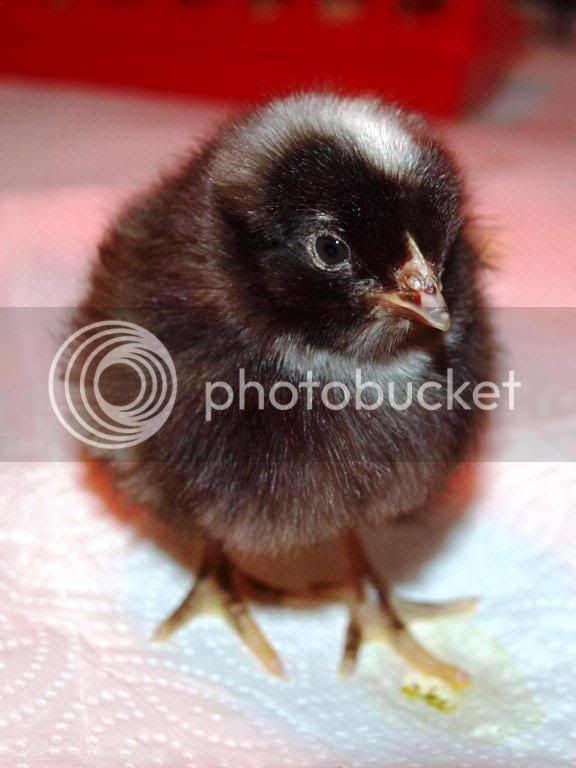 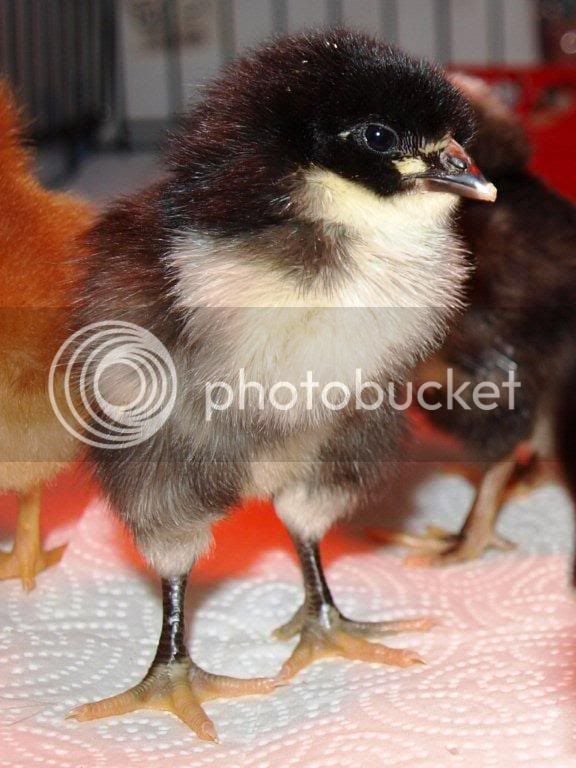 In need of an exorcism 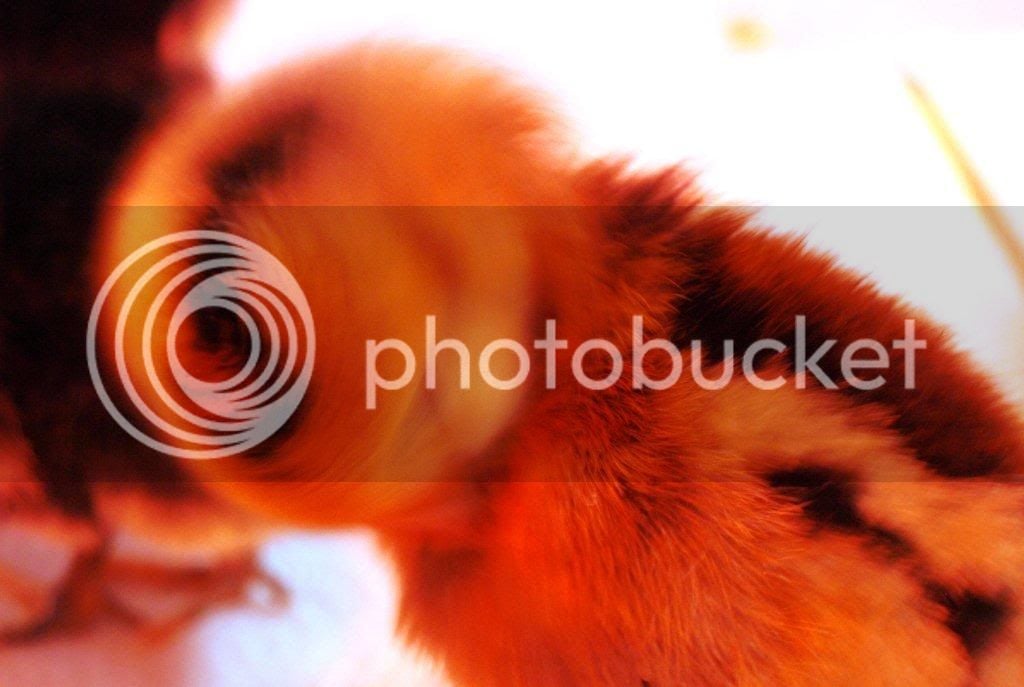 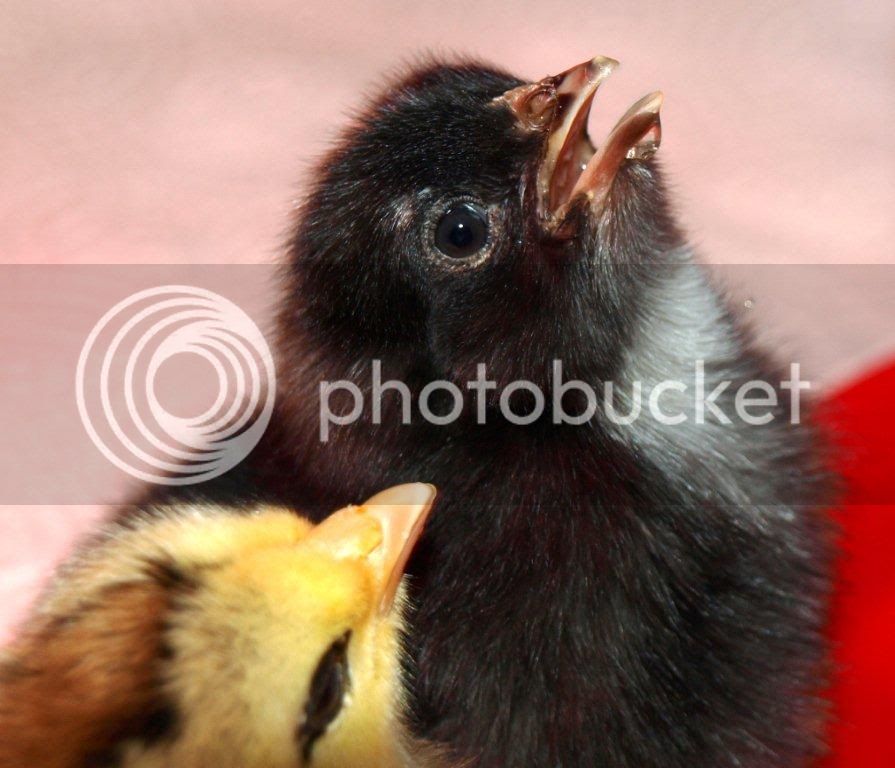 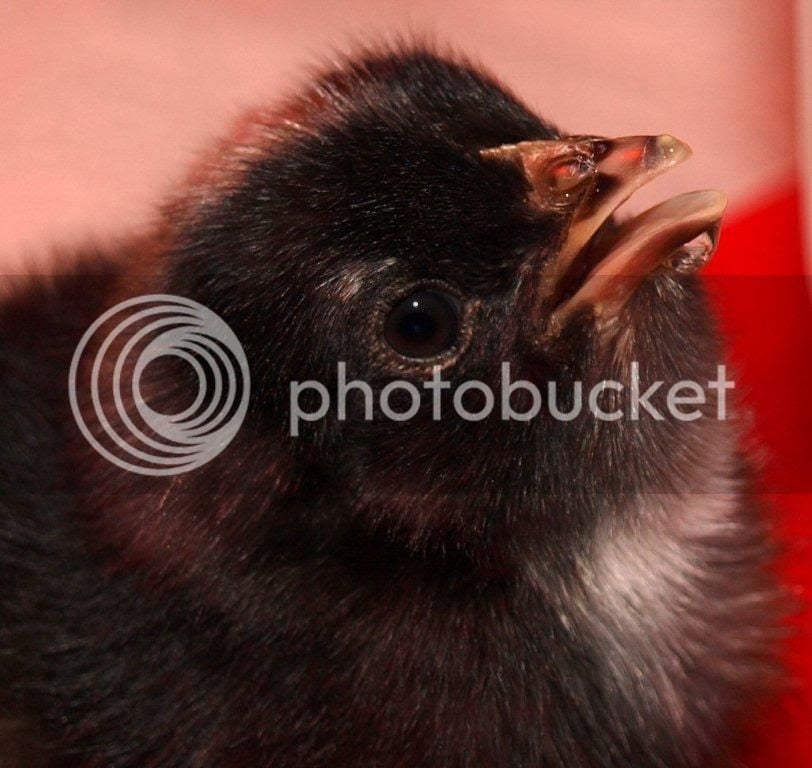 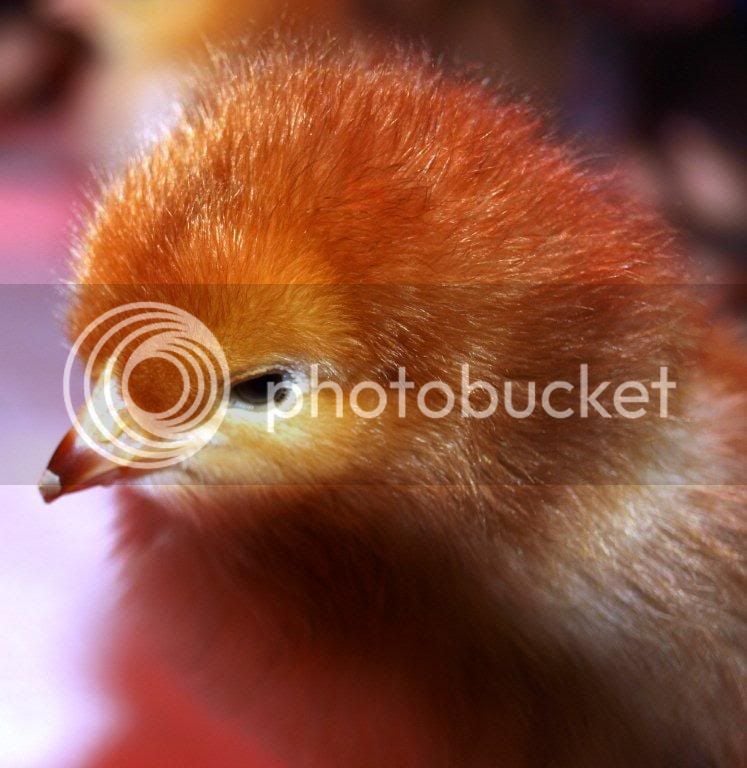 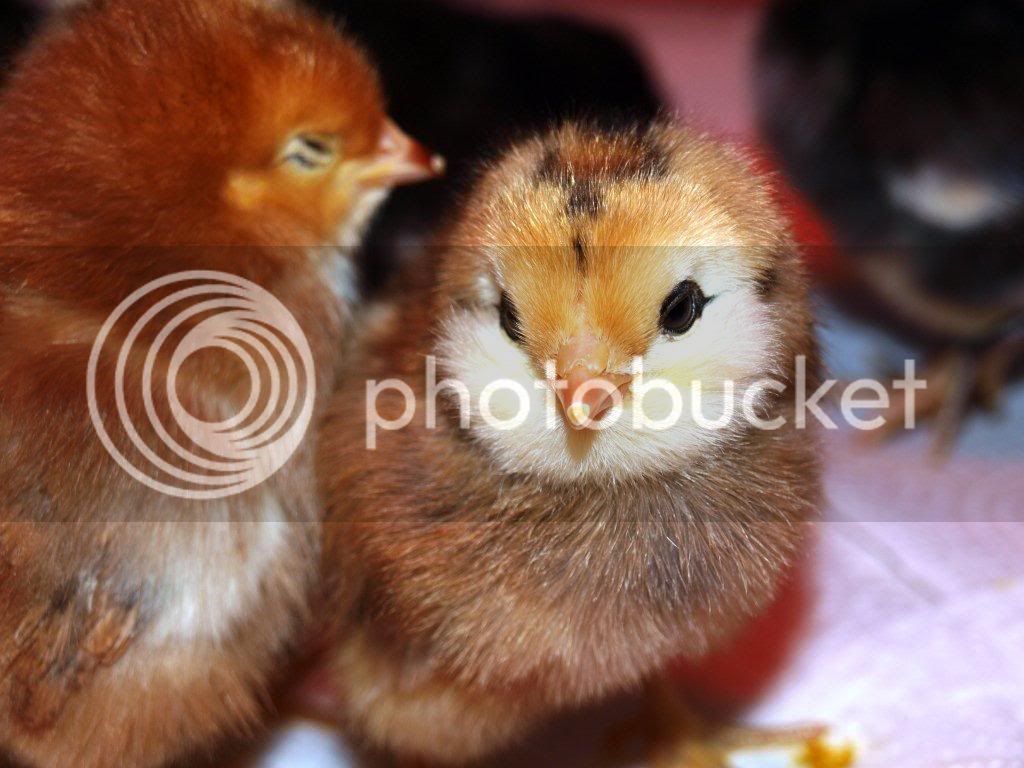 hahaha @ the exorcism one lol...

Very sweet!!! I had to promise I wouldn't go to TSC. Their chicks come in on Wednesday. My husband told me about that 6-chick minimum. The city closest to the TSC has a 4-hen limit. I hope some folks go as a group if they want some chicks!

Your daughter did a very nice job on that little chick, BTW!

Great Pic's Love the drip off the bitty beak....

Ohh FMAFarms... My DH gave me a limit as well But NOW I"M CONFUSED... He keep upping HIS limit... Now he wants turkey's too. He's such a funny man.

Lucky! im getting a bunch of wyndodites? brahma and cornish chicks and ducklings later today


and then some more tomorrow!?

So far the TSC near me has not had any so I am in no danger from cute chick fever from them.
Your chicks are adorable.