Not sure on the light colored one, but looks like with the two reddish brown ones you have a girl and a boy (he’s the one with the bigger blonde spot)

The breeder said it was a roo

Seems like this thread has been quiet for a while. I have one pen of GCMs (1 rooster & 6 hens) but I'm looking for others that have them as well. Going to need to add some new blood in sometime here. Egg color has improved since I started with them but the hens color needs work and honestly so does my rooster. Too many white feathers in his tail for one thing. Eggs pictured are the ones im currently hatching.

Prairie Fleur said:
Seems like this thread has been quiet for a while. I have one pen of GCMs (1 rooster & 6 hens) but I'm looking for others that have them as well. Going to need to add some new blood in sometime here. Egg color has improved since I started with them but the hens color needs work and honestly so does my rooster. Too many white feathers in his tail for one thing. Eggs pictured are the ones im currently hatching.
Click to expand...

you do have a correct golden cuckoo hens .correct body type .plus they are dark egg layer .
a problem is with your rooster .. you don need a golden cuckoo rooster to work with ,you can get a good Black copper rooster without any white on his ,he has to come from dark egg layer ,because you do no want to loose those dark eggs by fixing the white on the tail .
your hens are faultless as far as I can see .so don t loose they body type . Select well your new rooster .
no many golden cuckoo can lay those dark egg .you should be very proud . I m impressed .

I know this thread hasn’t been active for a while, but I was wondering if anyone has experience with Meyer hatchery golden cuckoos? How are they as far as meeting the SOP and egg color? I love my Meyer GCM but she barely has any golden feathers which makes me think the suspicions of hatcheries breeding their cuckoos to barred rocks to increase egg production is true.

I ended up getting out of the GCMs. I had a few signs that I felt was a hint to go in other directions.

First I had a fox carry off about 12 juveniles and kill off my years work. The Blue Copper hen I was using was attacked and took months to recover. Then I had about 25% of my last hatch have fused outside and center toes. I had decided then stop this line. Shortly thereafter, my flock had a respiratory illness go through and kill a bunch of young birds. The marans seemed more susceptible than any other breeds that I had. I'm guessing there is some genetic issues causing weakness and toe issues.

I ended up giving the rooster to be a farm rooster. I rehomed most of the hens. I kept the Blue copper hen and one of her blue cuckoo daughters. 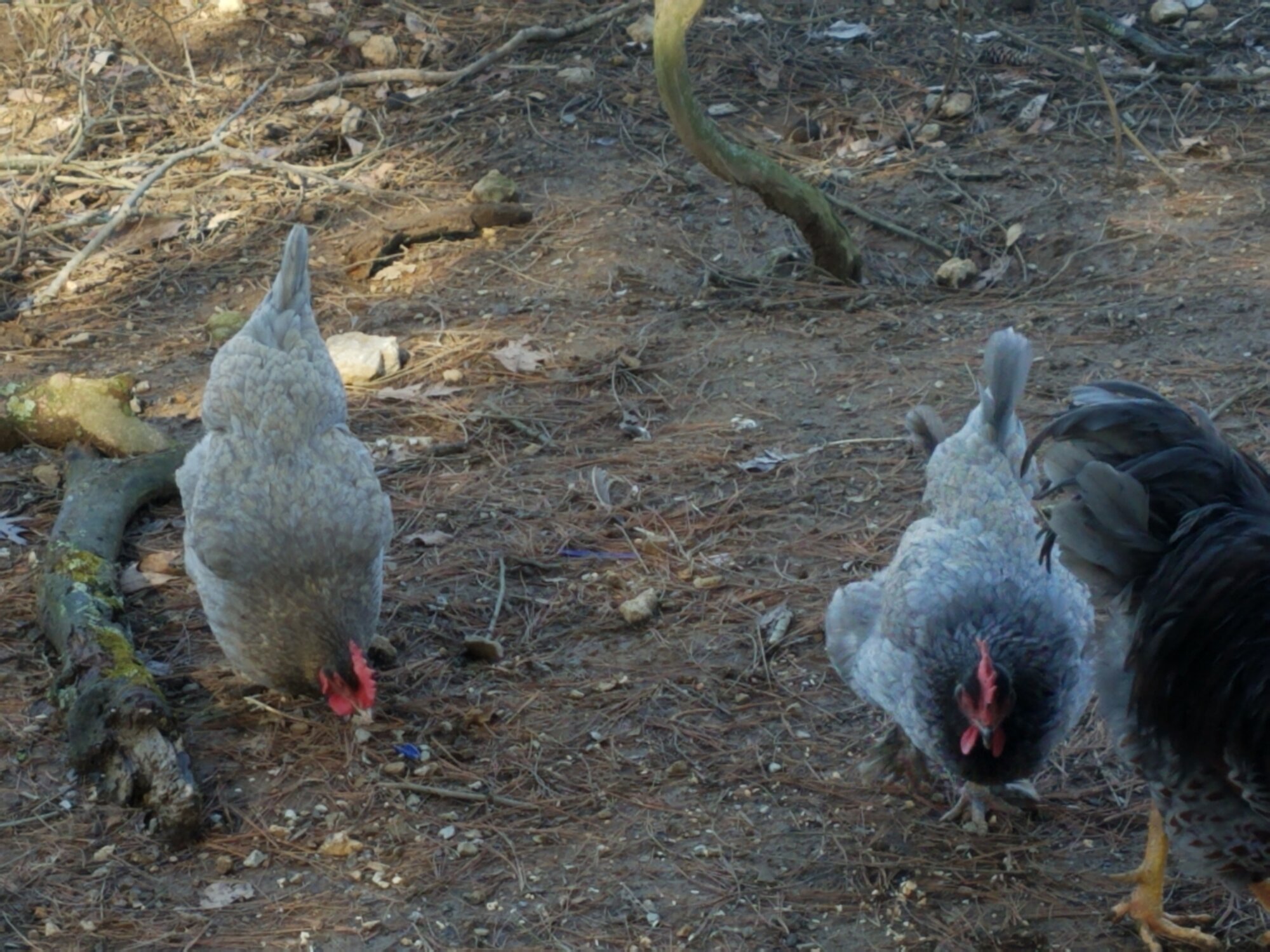 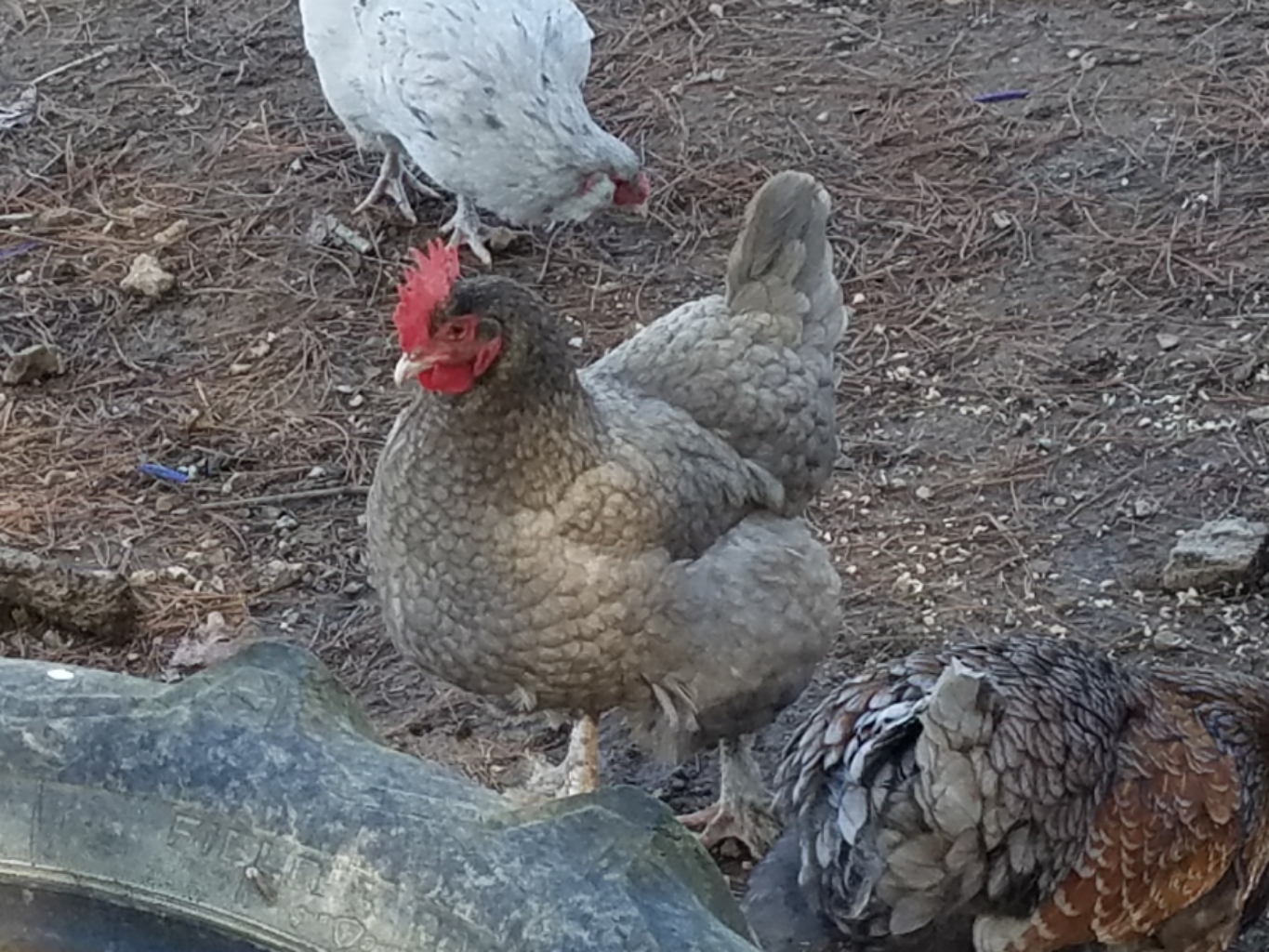 I switched over to Blue laced red wyandottes and was trying to pull the blue cuckoo into a line.

My blue laced red rooster is hetrozygus for single comb and rose comb. (Single comb enhances fertility with rose combed breeds). I hatched a few of the marans dark eggs with the BLRW rooster and ended up with 2 roos. I have kept 1 to see how the mix develops. Too bad about the yellow legs from a marans standpoint, and the straight comb from a wyandotte one. He inherited the heart shape of a wyandotte though. 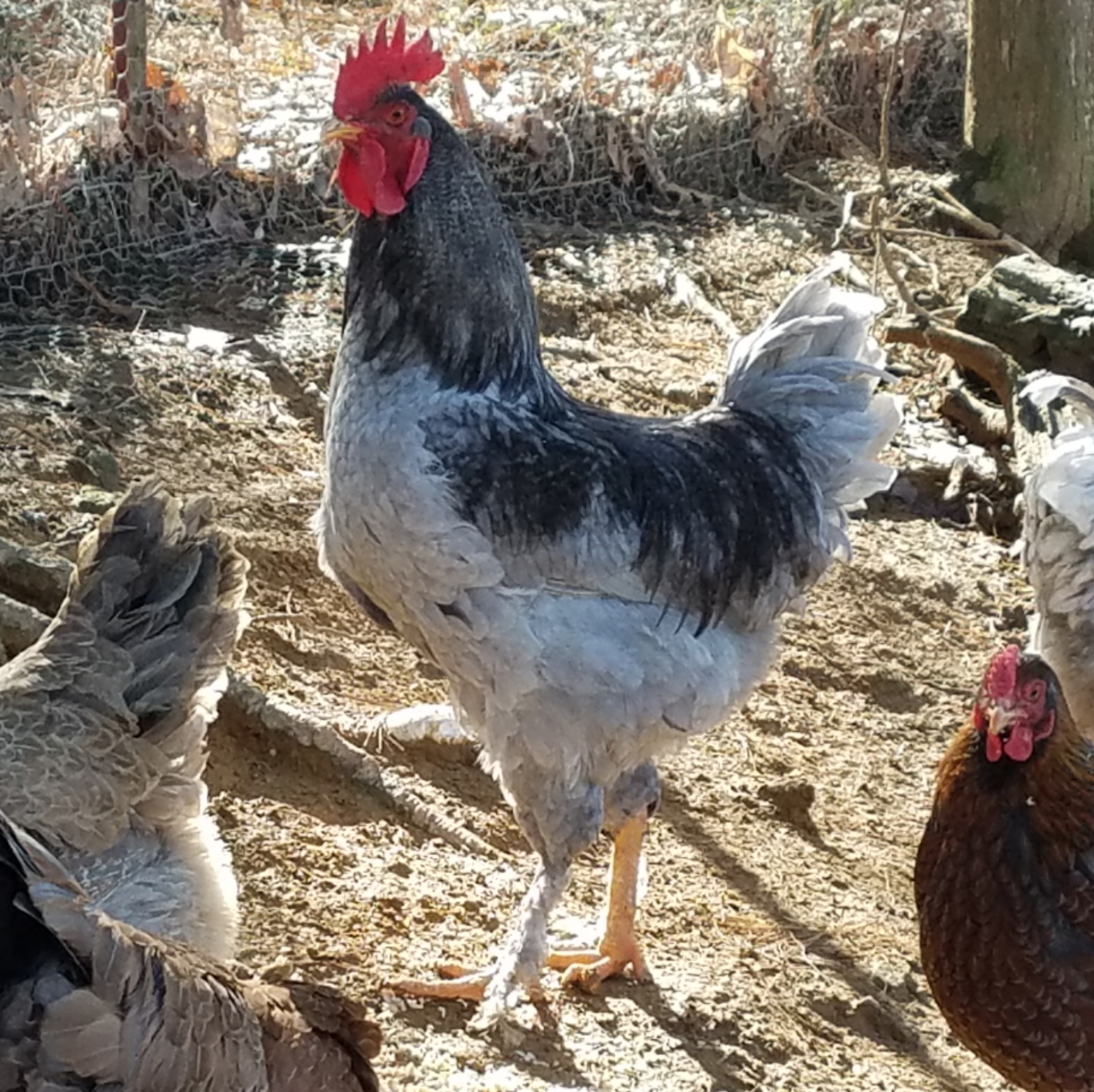 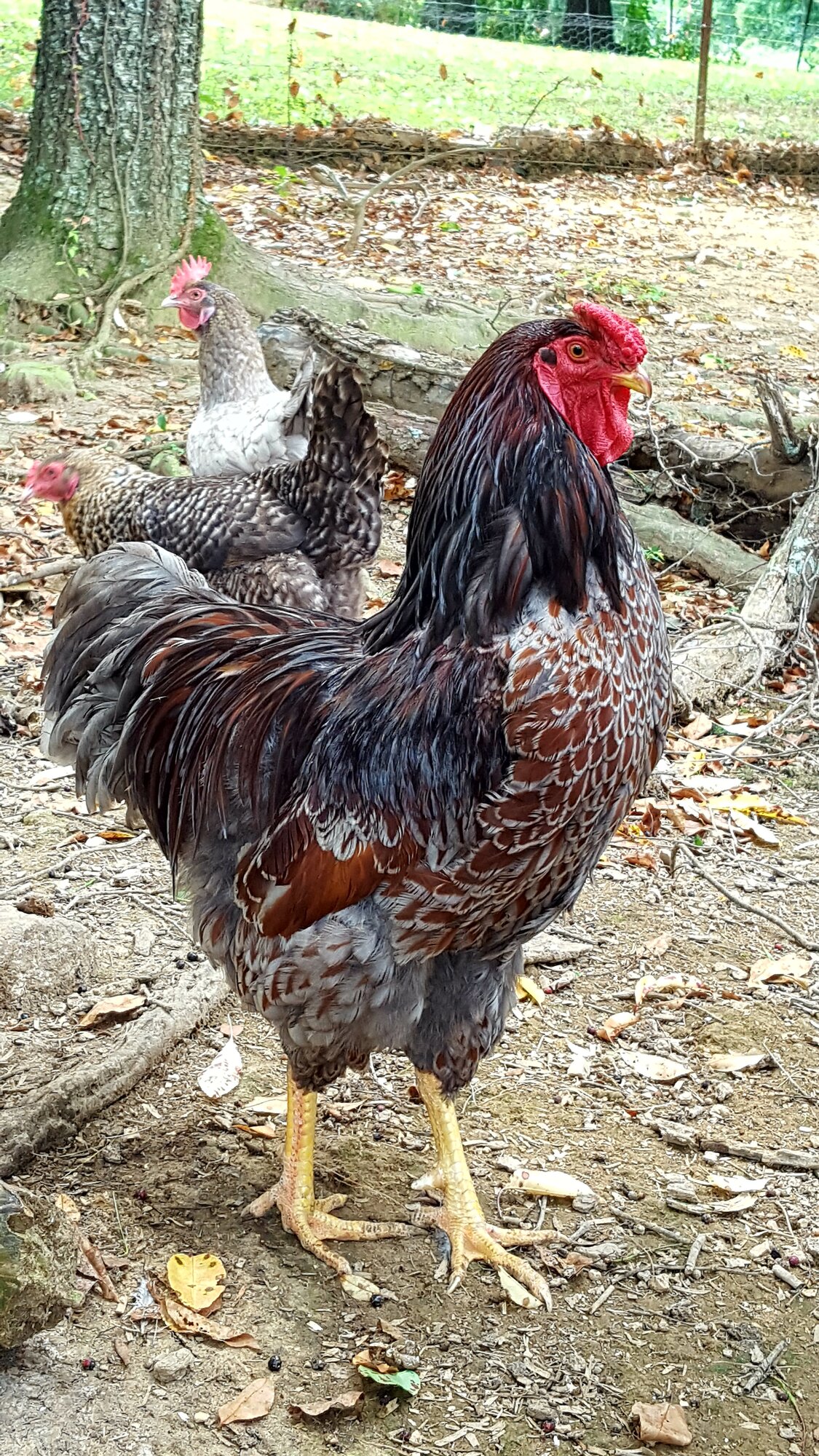 So that's where my breeding ended up with the marans. I wish others better luck with the breed.
Last edited: Feb 9, 2020

Hi. Sorry to jump in. Does anyone know if this is a golden cuckoo Marans? He looks a little yellowier in these pics than usual. We got him from a friend as an adult. This is not his natural comb either. Apparently his comb was straight, but got frostbitten so they removed the spikes somehow. Here he is. His daughter is a mix with a black australorp, but looks just like a golden cuckoo Marans hen. Here he is on the ramp, and his daughter and son are in the next 2 pics.

Here's his other son