okay, so I hatched this gorgeous gal out a couple of months ago and I wanted you opinion... what is going on? I knew she was different very early as all of her (full) brothers and sisters are extremely different. I have hatched many eggs from the same parents and have ended up with black, blue, gold, and cream chicks but this one was stunning white. I have attached a photo of the dad and the mom is a PB favorelle (although possibly my late hen little red who was solid red) this chick has absolutely NO pigmentation anywhere on her except her eyes which are orangey red. her feet are pink (with a slight yellowy tone) and her face is striking red. I have been fascinated by genetics all my life and would love to know what went into making this beautiful bird. she should lay blue/ greenish eggs. 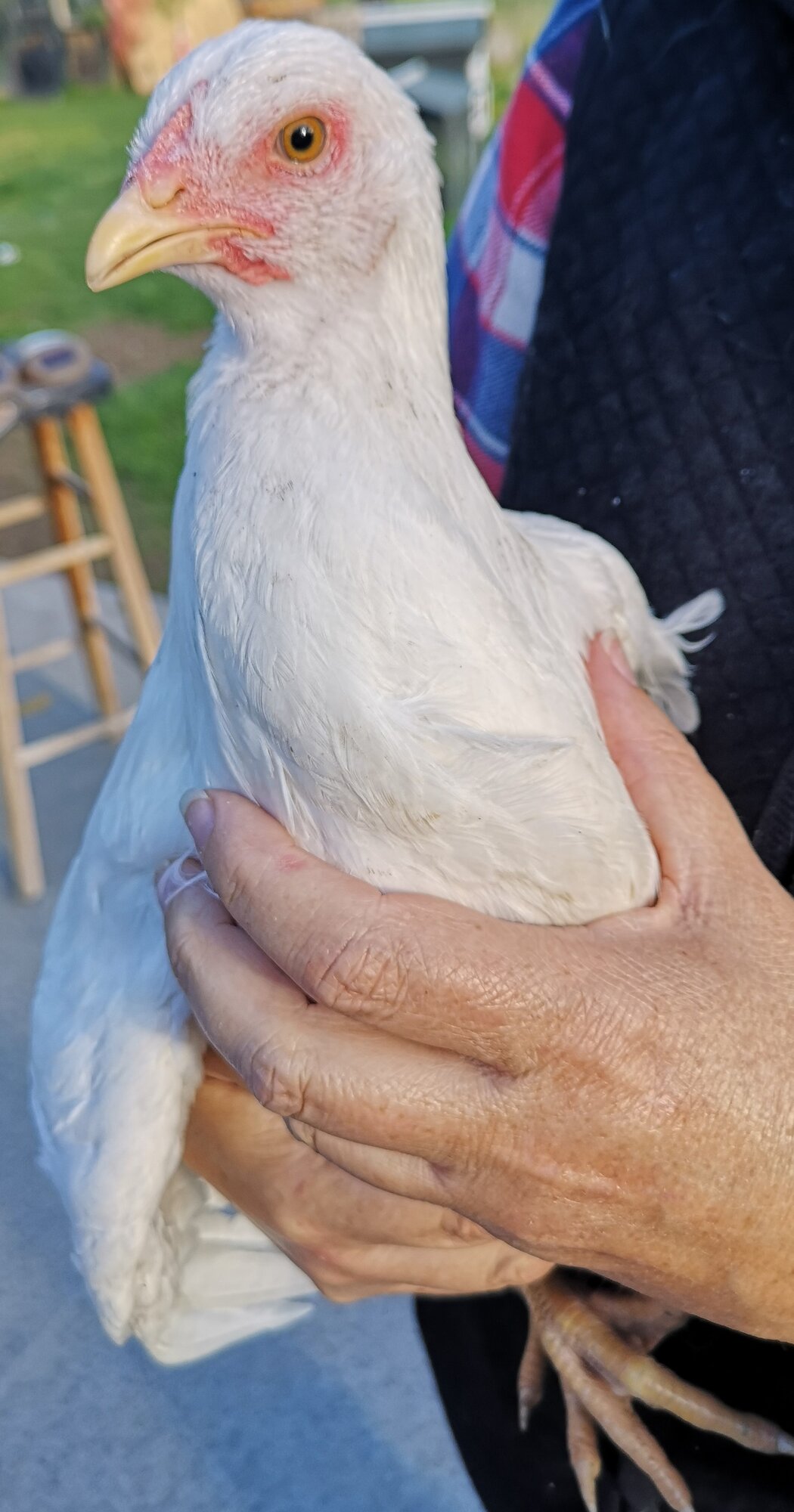 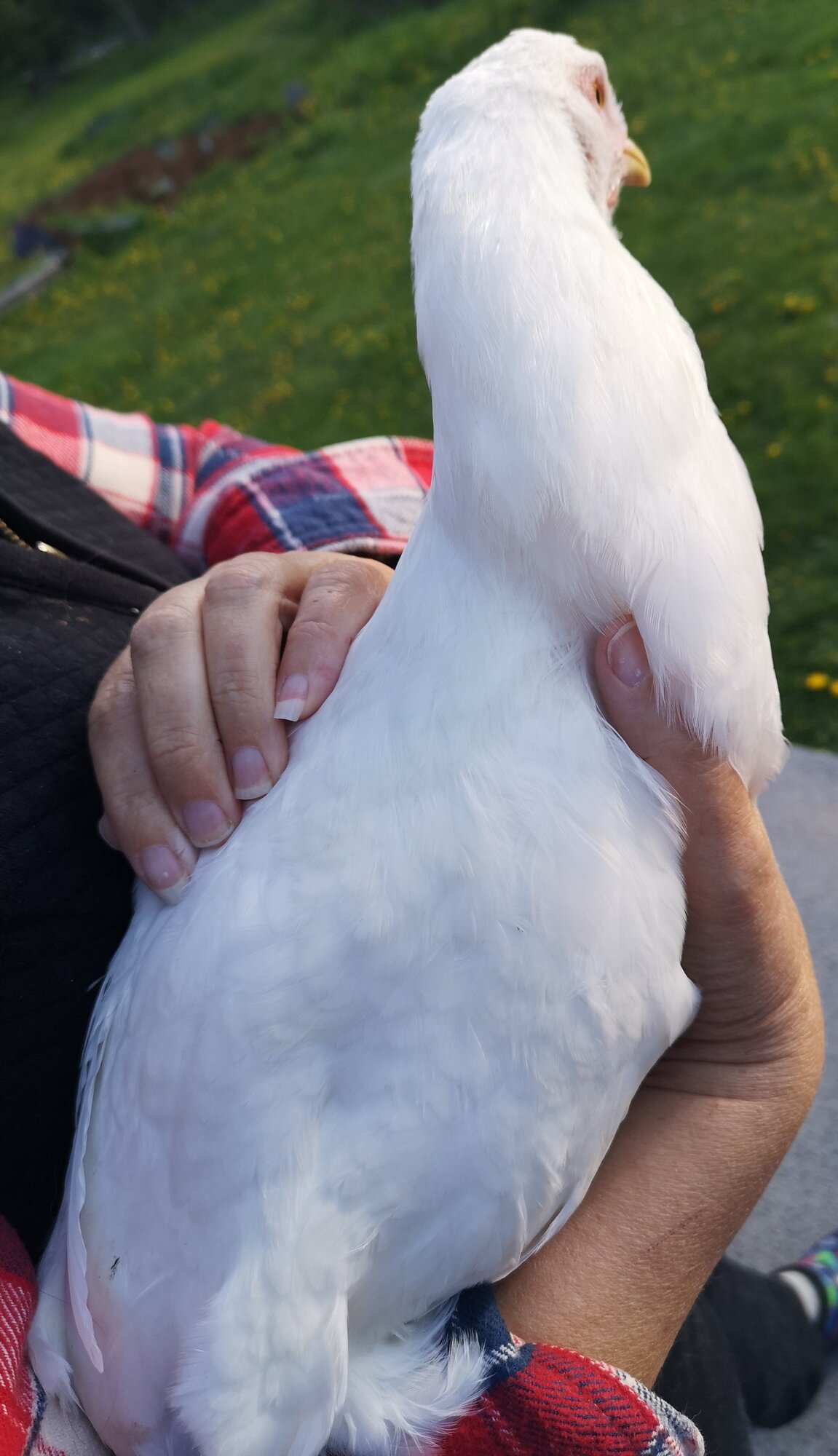 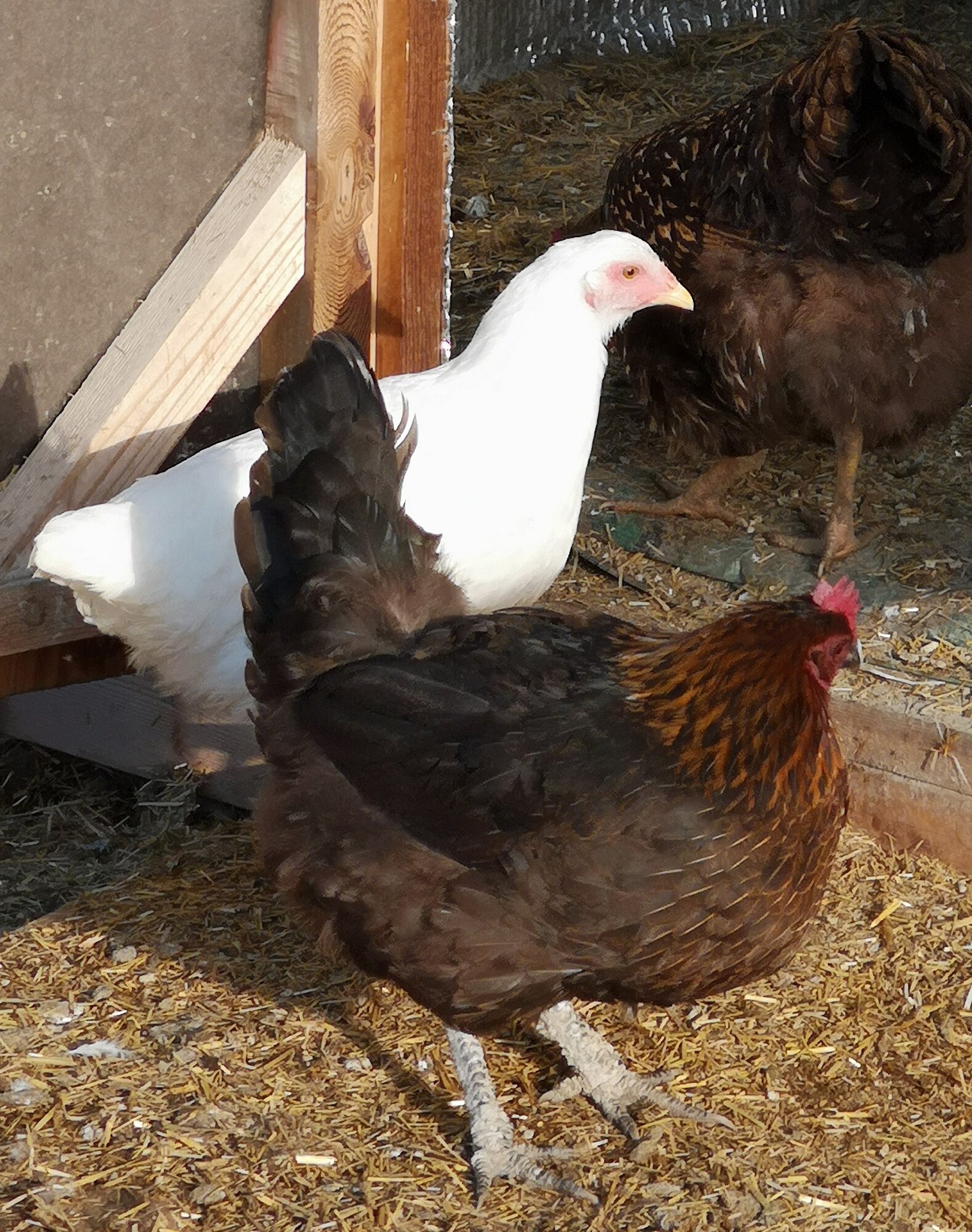 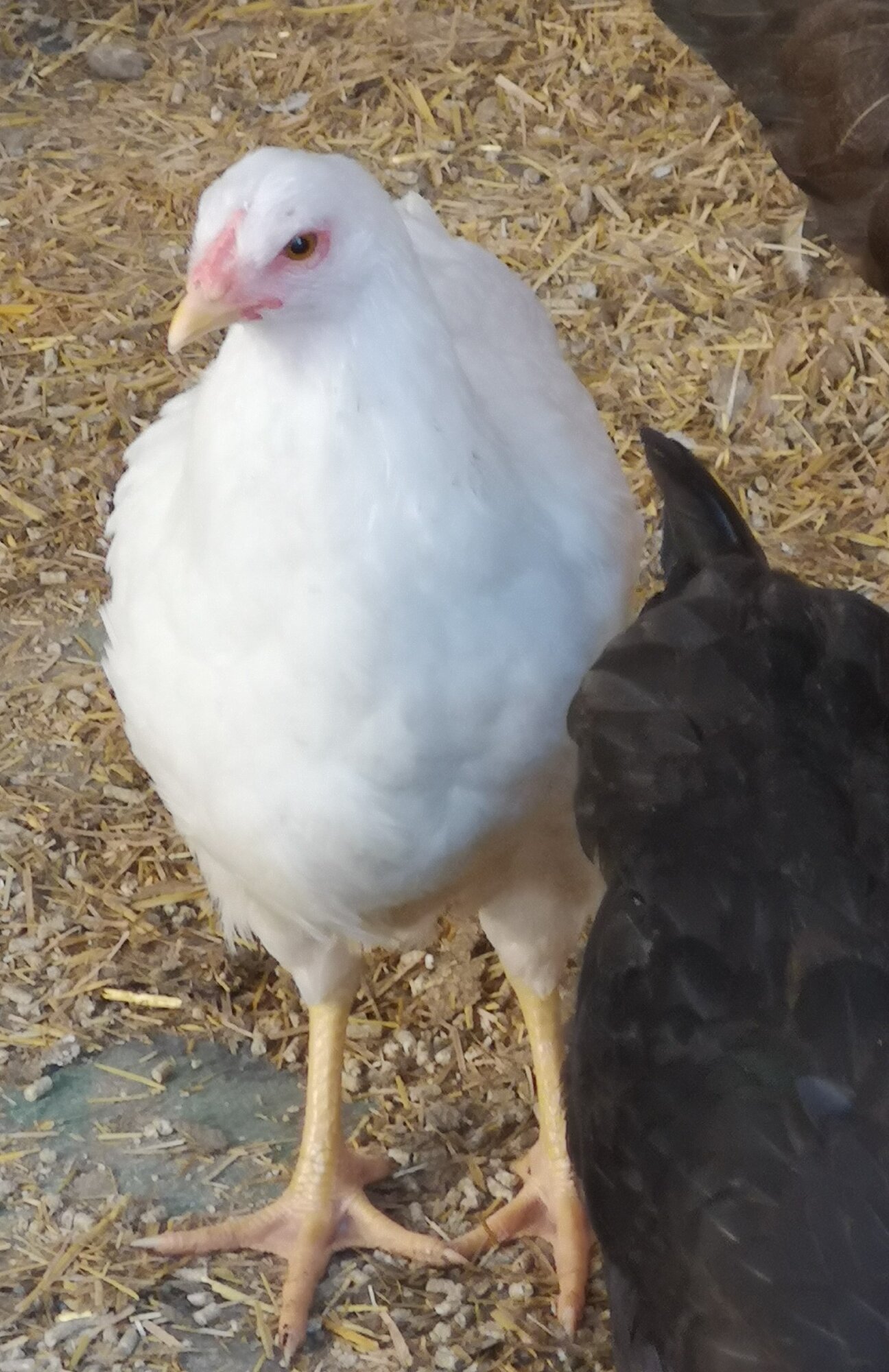 here is the dad and another pic. also wanted to say that any colour you see on her is not actually the feathers she is just muddy from free ranging. 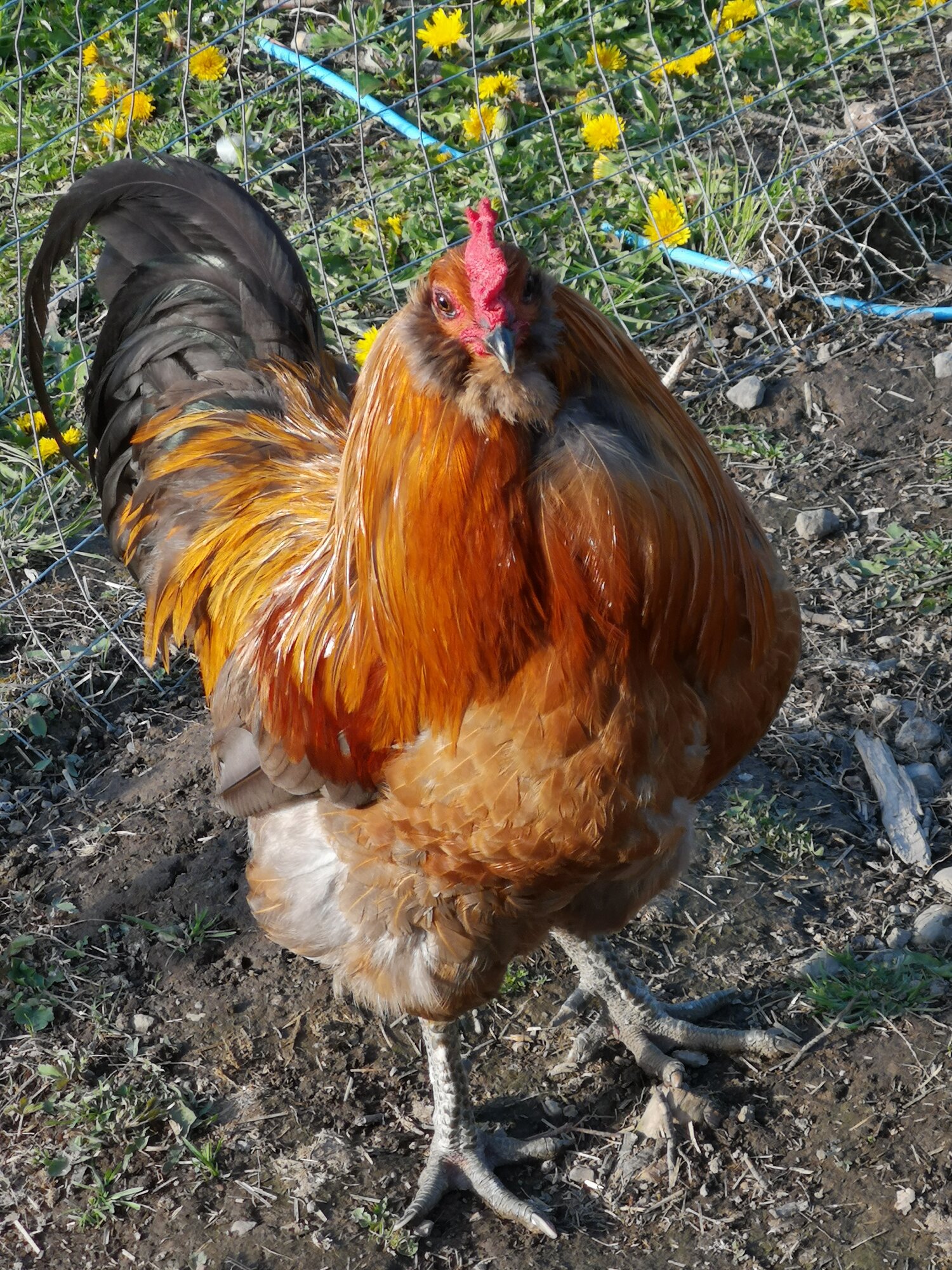 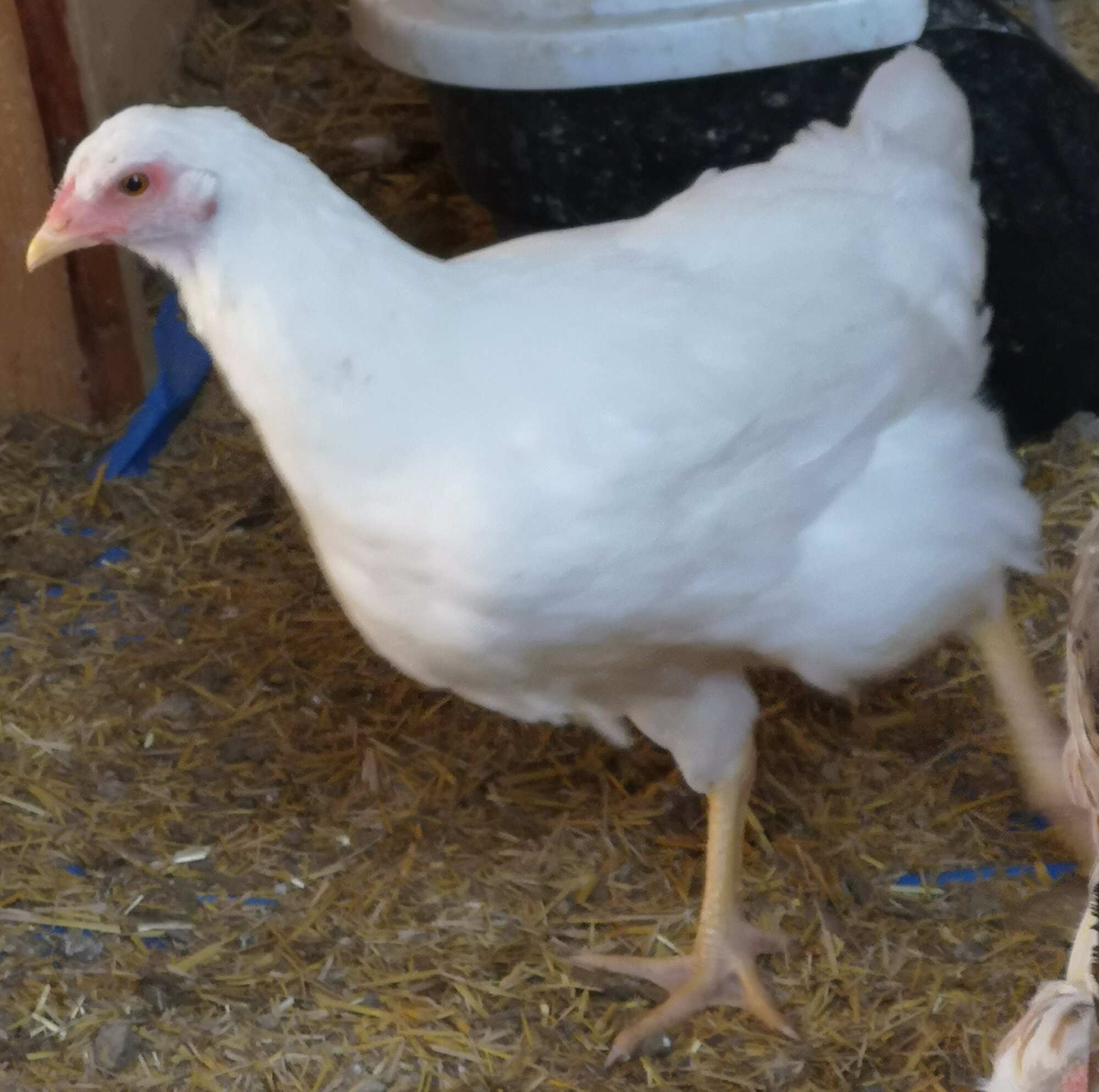 Chenoa was my hen. My Mother thought that the hen was albino, but she didn't have the eyes or face. She always had the light colored eyes, though her feathers did get this buffish hue around her retirement age. Her legs was always white with almost a gray hue. She laid large blueish-green eggs. She was one of my hybrids that I called the Douglas Whites. She and her older brother Kevin was the only all white ones, but he had yellow legs and the orange eyes. All the other Douglas Whites' had either black, lavender, or red splashing if not all three or even some new color. Then one looked like a Golden Comet but with a pea comb and it laid bigger eggs that were blueish-green. 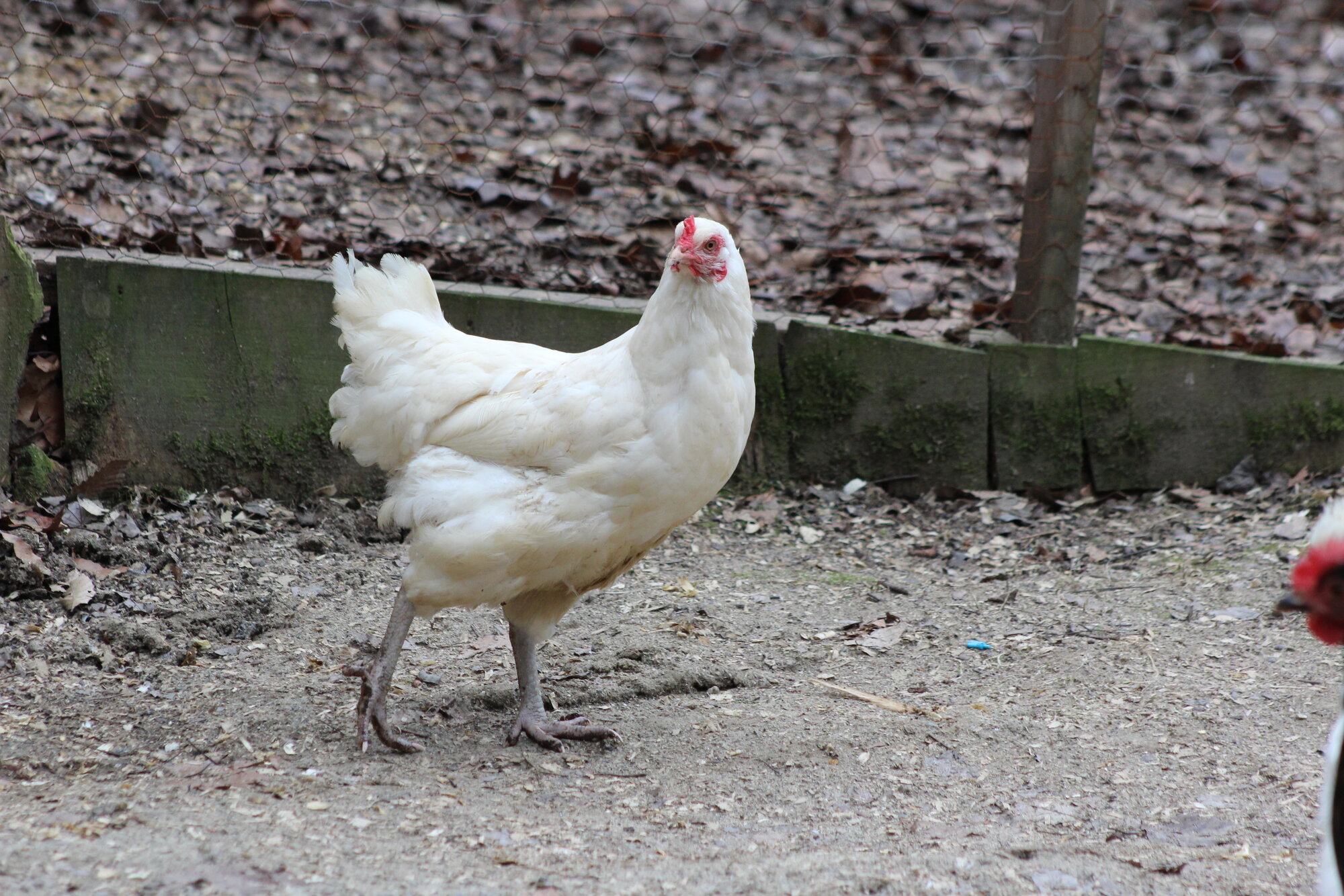 This a picture of Chenoa (excuse the fact she's a bit dirty). As you can see she is all white and does not have any speckling like the other Douglas Whites and has those grayish-white legs.

yes! Chenoa looks a lot like her, they must have the same / similar condition. i think it is high white leucism as both yours and mine don't have red eyes.

I just searched up leucism and I found a picture of of a red tailed hawk that was leucistic and it had eyes like Chenoa's. It's amazing how much I learn from BYC! I get these chickens that have thing about them that I could never figure out but some time later I find myself learning about it over here on BYC!

Why does it have to be either?
Looks like a regular white chicken to me. IDK
There is recessive white that can be passed down for generations before it ever pops up.
From what youve described it sounds like your birds carry a lot of different genes. Recessive white would always be my first thought.

Have you got a name for your leucistic hen? Chenoa got her name from one of those baby naming books. I was skimming through it one day when saw her name and the book said it was Native American for white dove. So, seeing that, I knew that had to be her name: Chenoa!

her name is angel <3
and I know her family tree. no white birds, also the two parents have never produced any other white bird.

How does cuckoo act in breeding

What color patterns are these mixed breed chickens?

Little side project hen. What colors could she produce? Parents are black + isabella, 2 different breeds