So, I had 2 bantam brahmas. They're about 7 months old. I was pretty sure they were both girls, but thought one might be a roo cause they had different combs. When one of them died a couple months ago, some chicken savvy friends thought I actually had roos because of the saddle feathers on them. I have a roo already of a different breed that I got at the same time, but since he was so dominant I figured one of them was just a dormant rooster. But neither of these brahmas have spurs so I figured the saddle feathers are just a breed thing.

But we've been hearing a different kind of crow lately and we thought our roo, Nigel, was just learning a new crow. I went out to video it because it was way more adult crow sounding than his usual weak funny one, and discovered my Brahma was the one responsible for the crow! I've noticed that he has been looking a lot bigger all of a sudden and has been more aggressive than normal with biting. And now the crowing.

TL;DR I thought all roosters had spurs no matter the breed? Do brahmas not?

This is Pip now 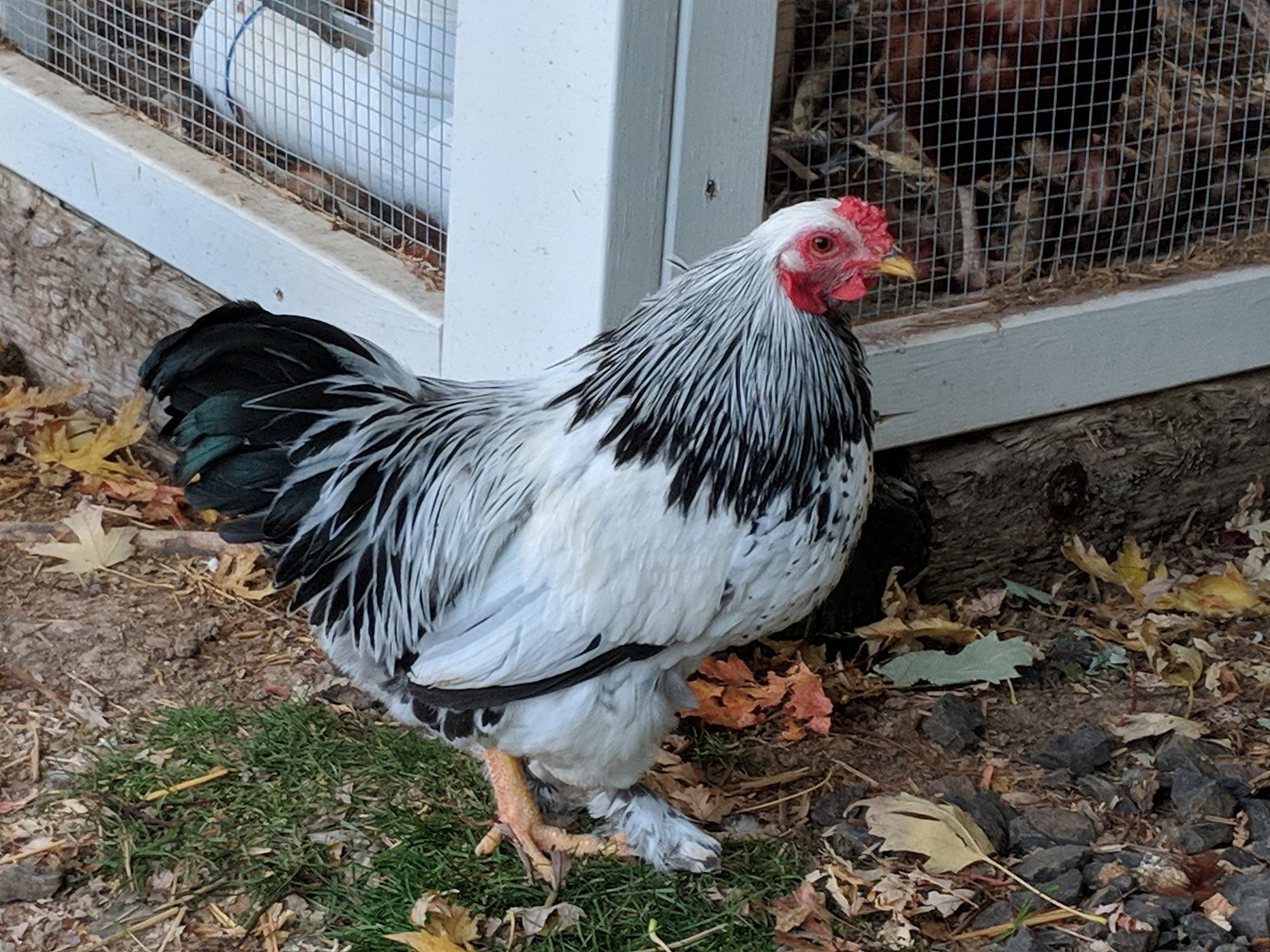 This is Pip (left) and Nikolas (right) end of July shortly before Nik died. They both had the saddle feathers and no spur nubs, but different combs. 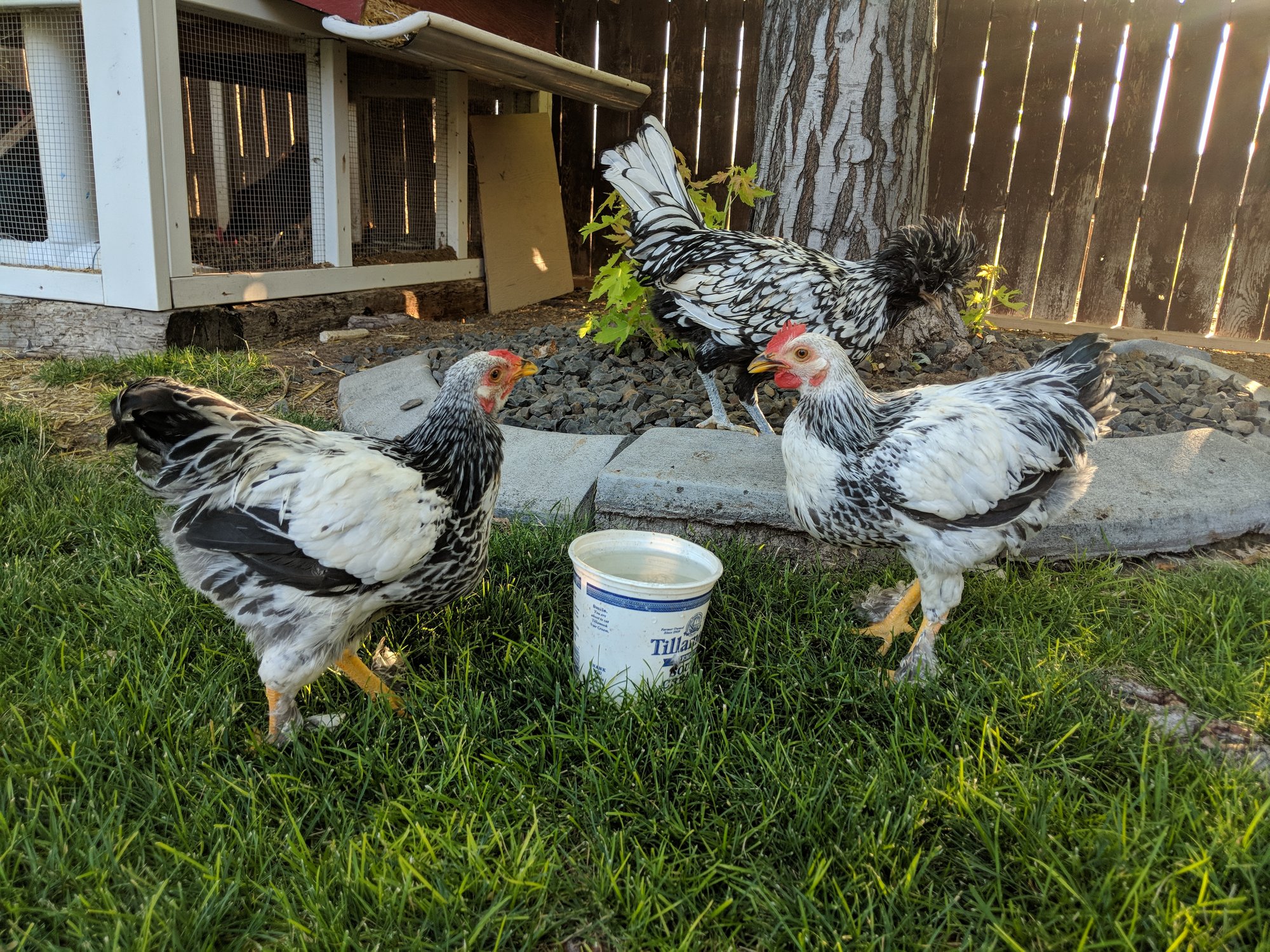 Pip & Nikolas are cockerels ... Sorry to hear of Nikolas passing, thinking he was a mix, don't think Brahmas have single combs.

ChickNanny13 said:
Pip & Nikolas are cockerels ... Sorry to hear of Nikolas passing, thinking he was a mix, don't think Brahmas have single combs.
Click to expand...

Yeah Pip is definitely a roo with the crowing, but what about the lack of spurs?

Not sure, not familiar with the breed but thinking some breeds may not have

Spurs, if they develop, can take years. Cockerels often have tiny nubs rather than spurs. They just take more time to appear. Some hens will have small spurs too.
Mary

What color could my silkies be?
2