They were just a flock of laying hens that I received either as chicks or rescued. I've had them for over 3 or 4 years and really enjoyed their eggs and watching them wonder around our backyard. It all started with a Wyandotte hen (R.I.P Salt) then it grew with a RIR, 2 GL Wyandottes and a Red Sex-link. Then I found Edward. He is the best roo anyone could ever ask for. He protected my flock, NEVER attacked me and was so sweet. I actually saved him from being eaten. I thought he was too pretty to ever eat and had cute little muffs and a beard. I brought him home, my parents thought it was a hen

And what do ya know a few days later we have crowing coming from the hen house. I convinced my mom to keep him and for 3 years we woke up to his crowing every morning.

Since I got Edward out flock was going to grow due to fertile eggs so I hatched some barnyard mixes and raised them. This last year I got two "Ameraucanas" from the feed store because we wanted some blue eggs. Well we got them lol and amazed me every time I went to get the eggs. I also rescued a couple of BOs from a crowded situation. They looked horrible, no feathers and really skinny. Once they were back to normal they both went broody and one of them was the best mom ever.
Now where this story really takes a turn is when I became addicted to silkies

It all started with a simple school project. I was going to get some shipped eggs and incubate them and watch the air-cells and compare them to my backyard chicken air-cells (I got the A+) Out of 14 shipped eggs only one little hen hatched. It was an assisted hatch. And at the time I had no idea what I was doing. There was blood everywhere and she was shrink wrapped pretty bad. I was almost positive she would not make the night. But the next morning there she was peeping to be let out. I named her Fly because she loved to flap her little wings (now they are big wings and not so much fun to hold her anymore) She was raised with the barnyard mixes and boy was she tough. They all learned to use the water bottles for rabbits and she pushed and shoved her way past chicks twice her size. Even now she is still very bossy and even bosses our silkie roo around. I love her

The person who I got the silkie eggs from offered to send me some more so I agreed. They were hatched in my teachers incubator and 3 made it to lock down and 3 hatched. One was an assisted hatch which at this point I knew exactly what to do. I walked around the school with three little peeps in my arms and it sure attracted a lot of attention. Billie, Thriller and Boom Boom Pow were their names. Boom Boom Pow was the hen and the other two were roos. I raised them up and they also learned to live with my laying flock.
At this point I decided I wanted more silkies. I was attached immediately. I looked for a breeder for many months and finally found one. I ordered a pair of white silkies and I got them. The first roo was sick from the long flight and I did everything I could to help him, but he was too sick. So the breeder kindly offered me another roo and even another hen so I could have a trio. I agreed and had the pair shipped to me Asap meanwhile I had a lonely white hen so I had no choice but to introduce her to Fly. Of course Fly did her bossy thing, but then realized that she was a silkie too! They are best friends now, they sunbathe together and dust bathe together, its the curtest thing ever. Once I got the pair I was just amazed at how great these silkies were. Their crests were HUGE compared to Fly's. And they were so calm and relaxed. Now that Im hooked I wanted more silkies.

The only problem was my 10 by 12 heated insulated coop was taken by 13 layers and one rooster. There was no way my silkies are living in the garage all winter long. So I had to come to a hard decision. Either let my silkies be bullied all winter long with my layers, or sell my layers to a good home. I thought about this for weeks. I love my layers. They come when called, I would see them running and it brought a smile to my face every morning. "Chickaaaaannnnnnssssssssssssss" And then there are the eggs. I was currently selling a few dozen to a lady I knew and I had to tell her there wouldn't be anymore eggs which was hard to do.

Last night my layers went to their new home. The lady seemed very nice and had a huge insulated barn for chickens. I was happy I found someone to take them, but sad at the same time. Once all the hens were loaded into the boxes I went back to catch Edward. He looked so magnificent and beautiful. He was all worried about where all his hens had gone. I sat on the floor held out my hand and he walked up to me and I grabbed him and just hugged him for about 5 minutes. Or at least it felt like 5 minutes. I wish it was longer. I told this to my parents and family and they thought I was crazy. "They are just chickens" But to me they are family. I almost cried putting him in that box.

I keep telling myself I will be happier with just silkies. Since I will be working and going to college soon I wouldn't have time for my layers. And ontop of that I have a horse who needs LOTS of care. I also have 38 eggs in the incubator and so far 33 are developing nicely. All are silkies. Most of them are going to a friend, but I'm keeping any whites or blue and splash chicks.
I also got a pair of racing pigeons from an older lady who's husband passed away and she was no longer looking to race pigeons anymore.
But nothing can replace those hens and my rooster...nothing. I really miss them, but they went to a good home where they will be spoiled and care for.

Has anybody else gone threw something similar to this? Have you had to lose your first flock of chickens?

Just thought I would share my story. I don't make a lot of posts on BYC unless I need help with something LOL But I figured I had to share this with someone other than people I know in real life because they don't care.

Now for some pics:

Edward when he was younger 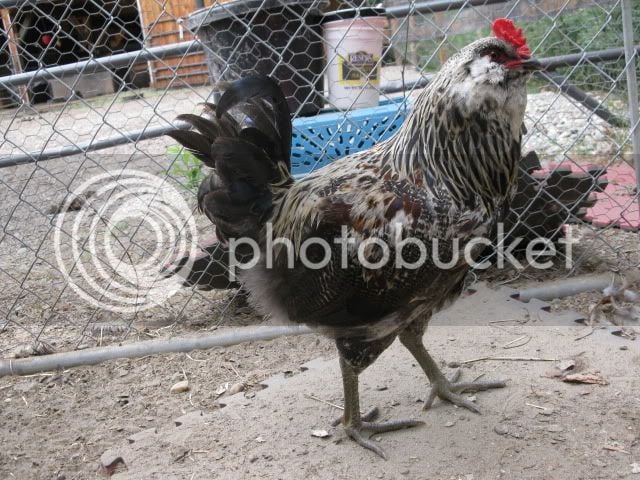 The day I brought him home 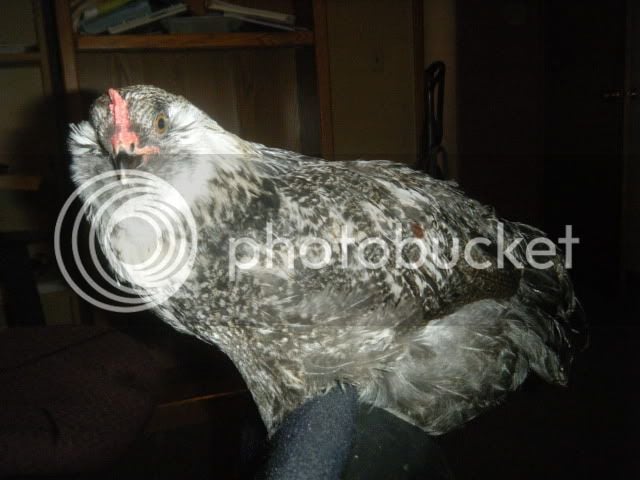 Edward with his pullets 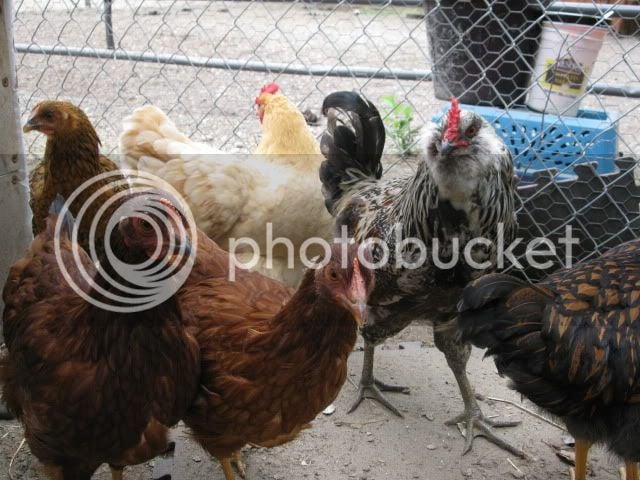 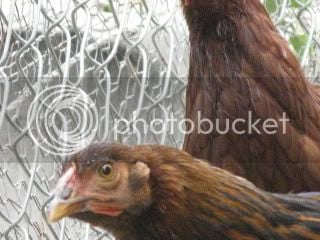 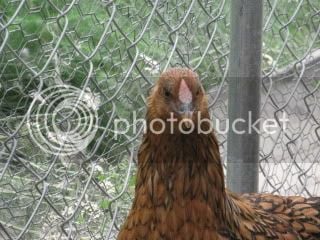 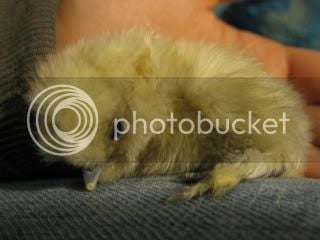 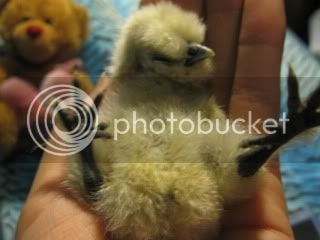 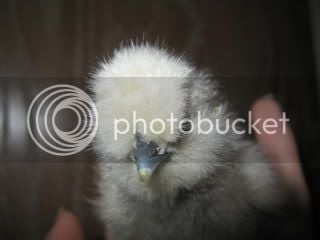 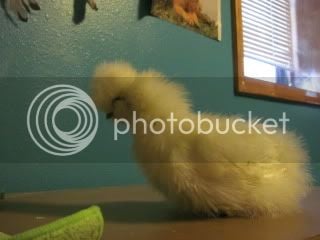 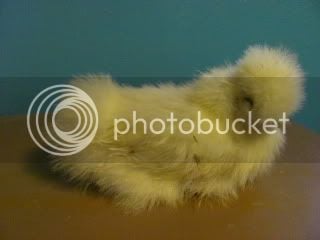 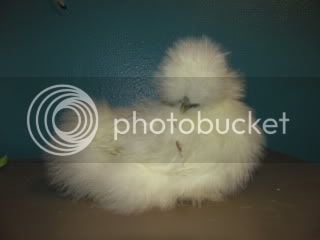 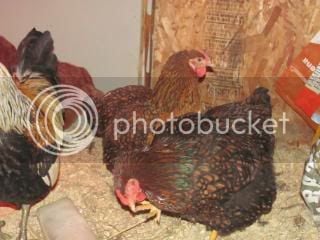 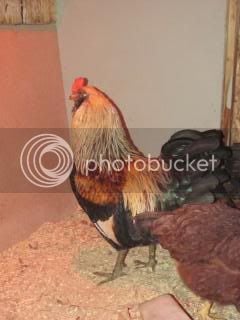 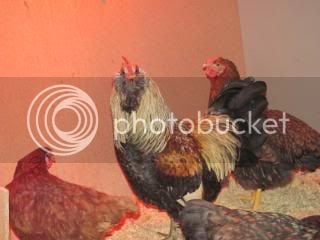 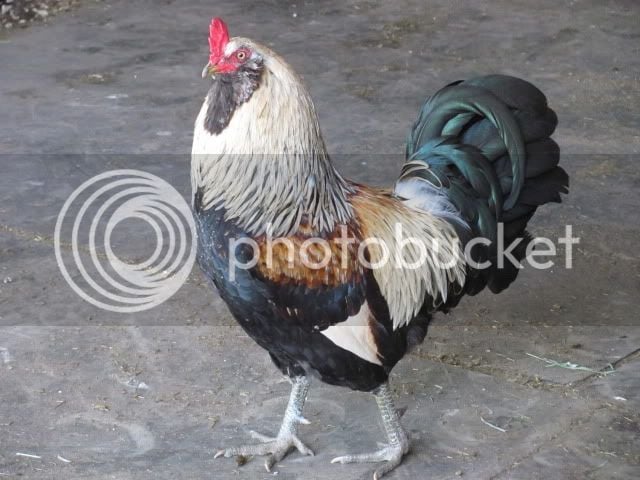 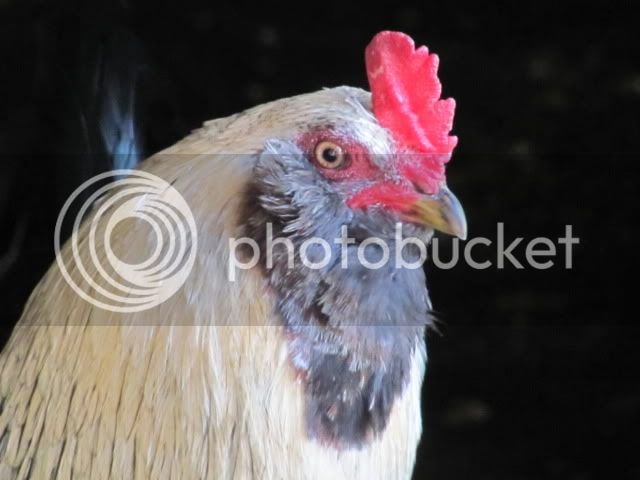 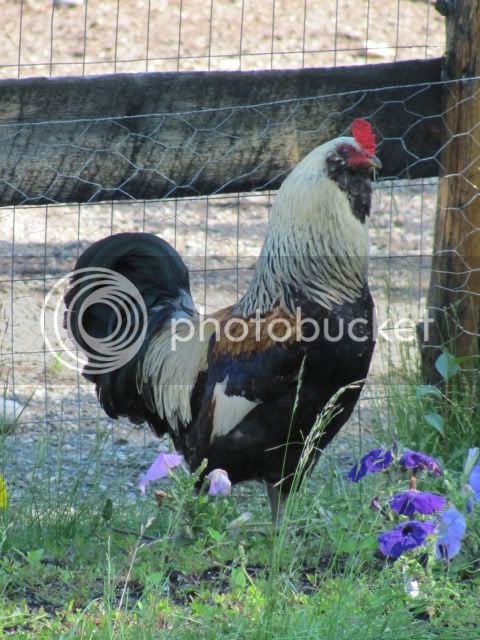 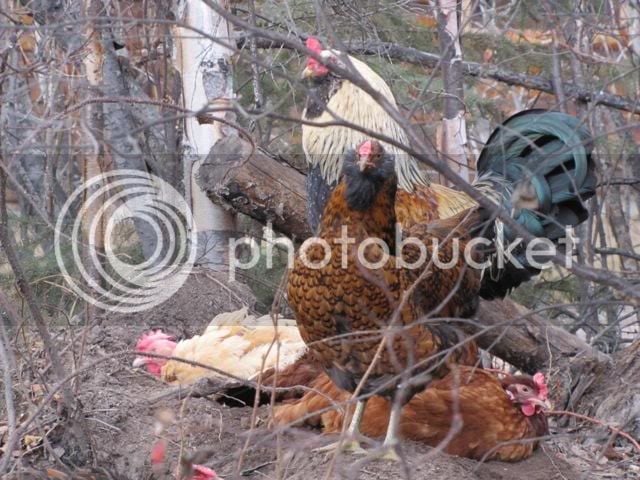 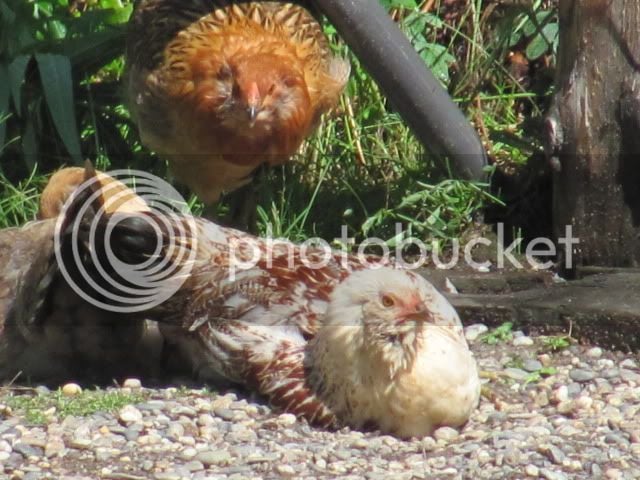 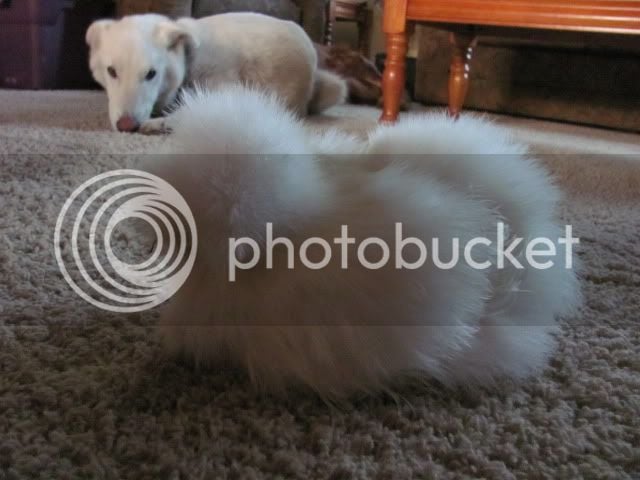 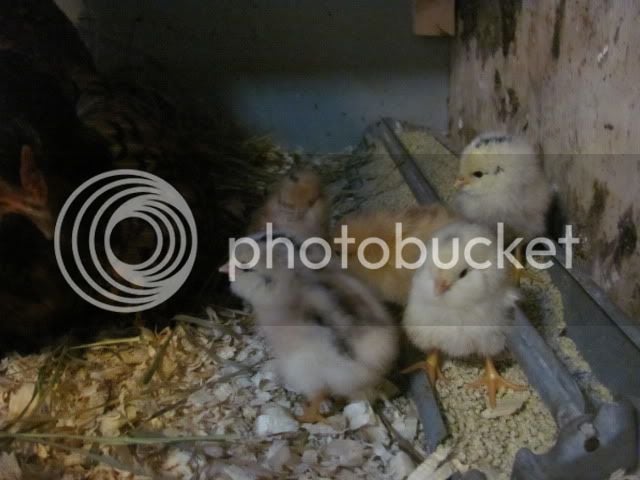 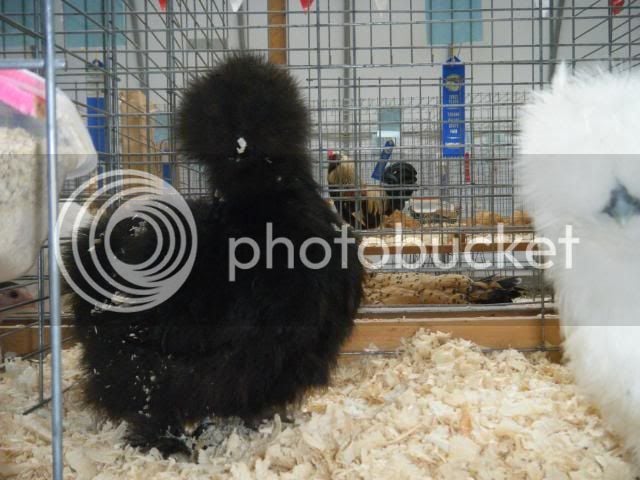 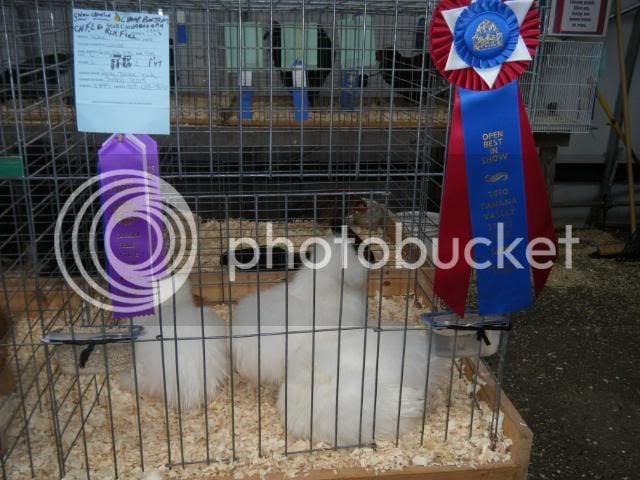 I hope that's not too many, I can delete some if necessary.

Hope you enjoyed my story

I will always miss my first flock of chickens.

Beautiful pics and yes, I've been through that. I have limited space, so just last weekend I parted with four of my laying hens.....It was rough, but a good thing to do because crowded chickens are mean chickens......I can tell they're happier already.

You did a very responsible thing, and I know it's sad, but give yourself a pat on the back! You deserve it!

Absolutely beautiful! That rooster is to die for! Man, what a looker!

Yup been there. Had a bad divorce and had to move into town. No chickens in town then. I had to give up 28 Black Austrolorp, 2 Columbian Wyandottes, 3 Bantam Cochins - 1 barred hen - 1 black hen - 1 red rooster and some others that I don't remember the breeds of.

The BA's I missed the most. Well them and little Scooter the red cochin roo.

SOOOO Glad they changed the rules here. I love all my little chickies very much.

Sorry you had to let them go. It is for the best for now you must do the college thing and working takes even more time.

It actually brought tears to my eyes. I haven't been through it... yet. I am getting married soon and my fiance has already said he is not OK with Pengi. Pengi is far from aggressive... with me. He has been rather aggressive with other men who have come around though and, well... my fiance is a man. Not a very patient man when it comes to being attacked by a rooster either. When we discussed it, I was in tears. Just held Pengi crying and crying. My fiance moves here Saturday...

It's possible I wont have him much longer. He's not going to FORCE me to get rid of him, he will be patient until I find a good home...

Sometimes the right decisions are the hardest to make

it's so sad that you had to give them all away. Do you still have your silkies?

Atleast you know they went to a good, loving home.

Quote:
Maybe you can just work out a way Penji never has to be around him? Or keep Penji around long enough he learns to get along with your fiance?? Teach your fiance to give him treats??

I'd hate for you to have to lose him.

Edwards gone? i had seen pictures of him around the forums and i had always admired him

I would have loved to keep them all but in Alaska its hard to heat a coop, or any building and with food costs rising it really piles up and Im 18 so I can't stay in the nest too much longer

I'm thankful my parents are letting me keep my silkies. Maybe some day I can ask the lady who now owns Edward if I can possible have one of his babies when Im moved out and have my own place. Im sure he will be around for a while, along with his hens. They went to a great home and wont ever be eaten.

All I can say is my silkies are spoiled.
pengimama If my boyfriend ever asked me to get rid of any of my silkies I would most likely leave him LOL But they make me happy and he is just fine with that