My Three Year old Kitten- about the special Weirdo

I just wanted to share with some people my cat. He recently turned three, and we got him as a young kitten with a fractured pelvis.

We knew our neighbors had cats and had gotten one from them a year prior since they did not take good care for them. They had male cats come in every few months and bred with their females and they always had kittens around them. Although I loved the little things nearby, they were HORRIBLE owners. They wouldn’t fix their females and actually had one die from having to many litters. They kept their kittens in a very small shed and never cleaned it, so it always reeked of pee. They had kittens die nearly every day and it was awful. One time we went by to get our hair done, (the wife Is a professional hair stylist) and we saw a kitten being carried by one of their kids in a bike basket, and then just thrown on the ground. Apparently they had ran over this one and they were just waiting for him to die. It took about an hour for them to let us take him to a vet.

When we got him to a vet, we figured out he was not paralyzed in his back end (thankfully) and only had a broken pelvis in two places that would not need surgery. We also learned that the parents of this cat we’re brother and sister, and sibligg big s to the cat that we had gotten previously, so he was inbred. We kept him in the bathroom for about two weeks until he seemed normal, and then let him walk around with the other cats. He ended up getting along really well with his double uncle, but not so well with our older girl. He has a slight eating disorder due to being starved and has gotten quite overweight (even while on a diet). We named him Geo, and we kept him. Three years later, he’s a very “special” kitty, and is doing really well! 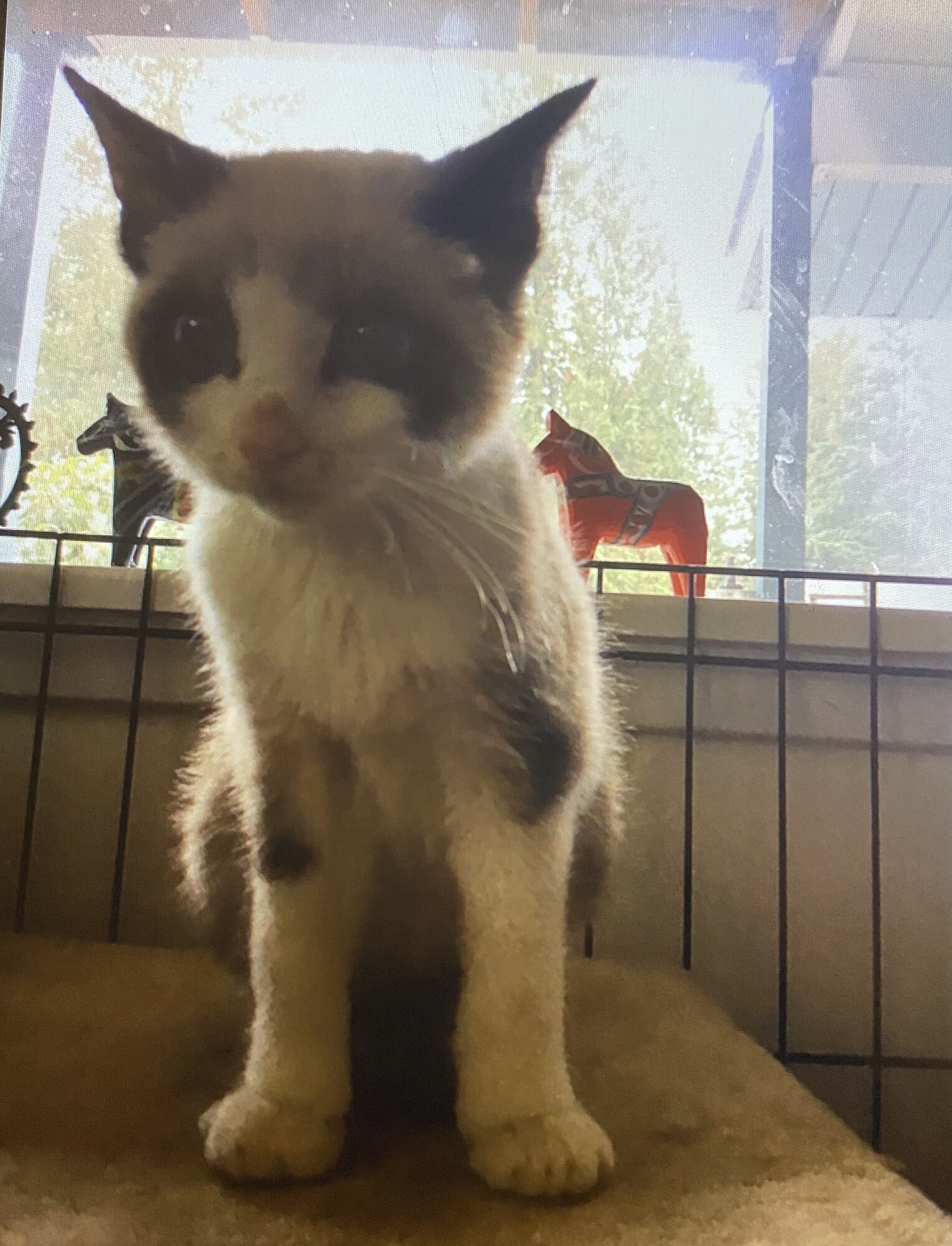 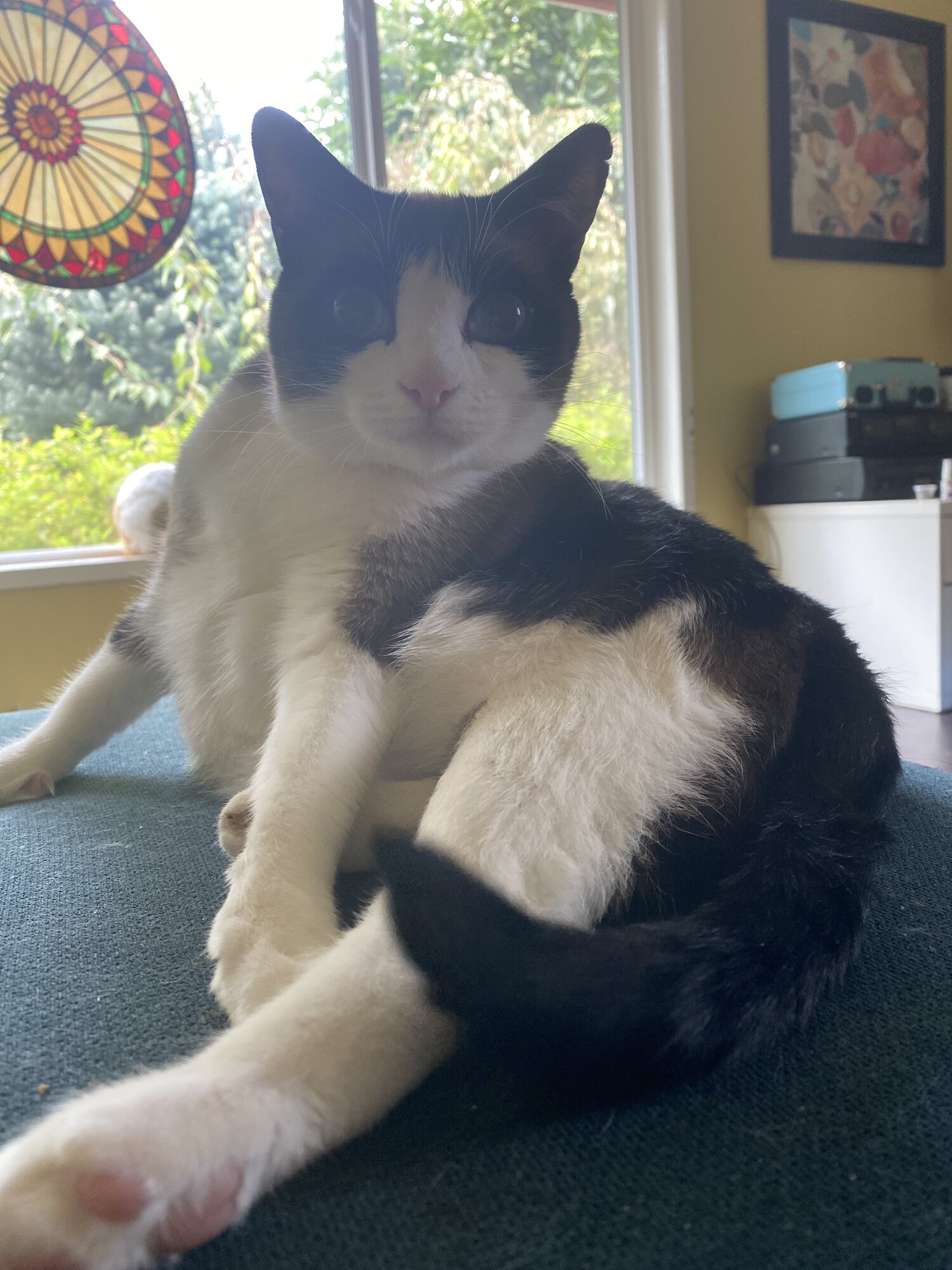 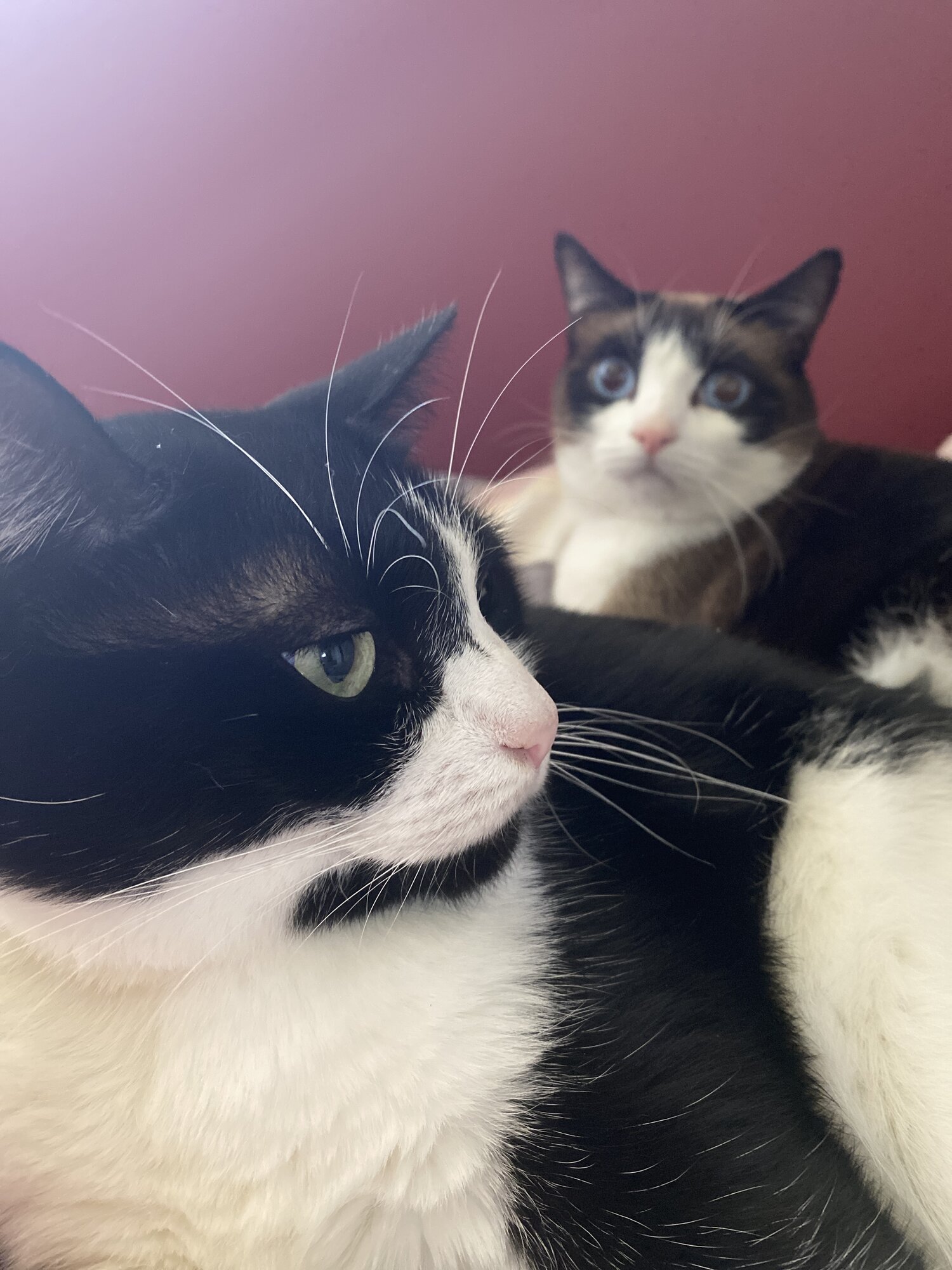 Weird? Maybe. Wonderful? Yes!! What a lucky little guy to get you as family.

Thanks so much for taking him in!

You are a great person for taking care of him!