Need Help From the Experts! Eye Issue—Maybe a Defect?

I’ve got a Pita Pinta cockerel that I got as a day old from Greenfire. We noticed right away, right out of the box, that he had a swollen eye that he was squinting. We thought maybe he got pecked or it was scratched somehow during shipping. We put Terramycin in it for a few days but didn’t see any real improvement, so we left him alone. It never seemed to bother him and he never acted sick. It did gradually improve but has always been watery. He’s now 10 weeks old. It’s still watery and slightly bubbly. When I press on his tear duct (?), near the corner of his eye, more liquid will bubble into his eye. And I need to clean it as it gets crusty. He’s been housed with 14 other chicks and none have ever displayed any URI symptoms. We did have a rough bout of coccidia about a month ago, but other than that, everybody has been healthy. I know different diseases can present differently and anytime bubbly eyes are mentioned, MG is suspected. Being that he’s had issues with this eye since we got him and no one else has any symptoms, I’m going to go out on a limb and guess this isn’t that and it’s not contagious. This one is my daughter’s favorite (of course) as normally I would have culled him—I don’t plan on using him for breeding and I have other cockerels. And I really don’t want to take him to the University vet school 2 hours away and spend $200+ to be examined. Has anyone ever seen anything like this? Is this some kind of defect? Could this be MG? Or another disease? Anybody have any ideas on what this is or how to treat? 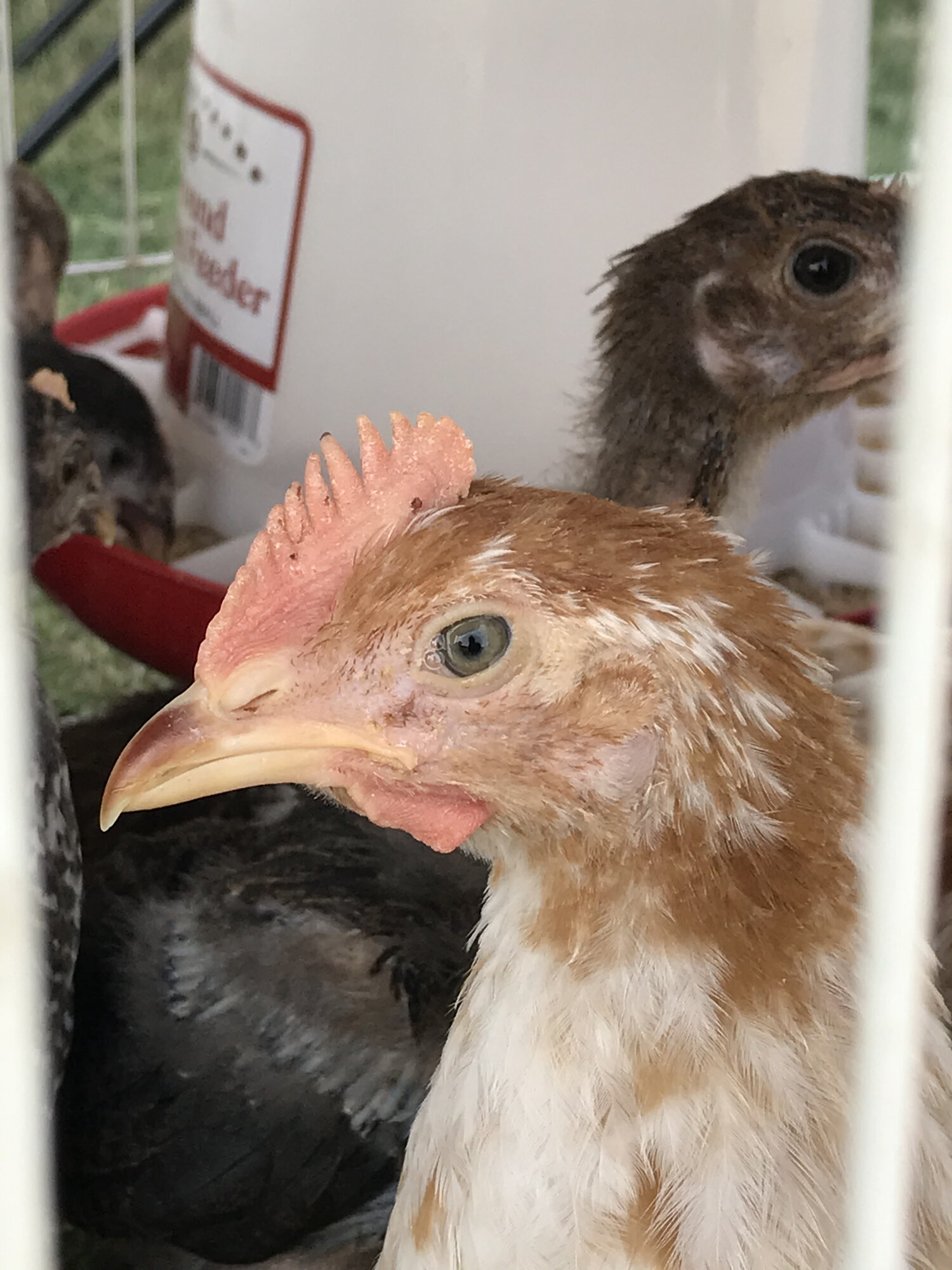 Picture of his other eye. Appears normal.

If it was an infectious entity, your other birds would be exhibiting symptoms.
P

sourland said:
If it was an infectious entity, your other birds would be exhibiting symptoms.
Click to expand...

I am not familiar with that breed of chicken, but it looks like they are supposed to have light brown eyes. Only because of that and the irregular pupil, I would wonder about possible ocular Mareks disease. Please don’t take my amateur guess as a diagnosis though. Do your other birds have grey eyes? MG can cause bubbles in eyes and crust to form, but you would need to test to find out if that is MG. What state are you located? Is your state vet also at the vet college? Here is a list of state vets, and if you check, they might have suggestions for testing. A few national labs can mail a do it yourself Mareks blood test, that you can mail in for under $50. I have read here about a few people who have done than. Here is a link about the pcr Mareks test:
https://www.vetdna.com/application/forms/aviansubmittalform.pdf
If MG testing is not available in your state, which usually would be less cost, here is a lab in CA that does testing for 8 different respiratory diseases:
http://www.zoologix.com/avian/Datasheets/PoultryRespiratoryPanel.htm

Edited to say that I first posted the wrong link for a necropsy, but it is corrected now.
Last edited: Sep 19, 2021

Pekin has a eye problem!
2

My cockerel keeps “drifting off”

Rooster comb looks infected and it’s spreading to his eye.