So earlier this year I raised a group of 4 isa brown chicks to about 11 weeks. They were beautiful and lovely girls and were enjoying living outside with my bigger girls. (2 Silkies, one older isa brown and a ancona chicken all over 1 year)
Everything was fine and we hadn't seen foxes in a while till early October. I woke up one morning and found them all gone except for my two bigger chickens who were deceased. We know it was certainly a fox. We'd done everything we could to secure our cage and our girls were in cages inside a cage and they'd managed to break through the nesting box area and get all of them. We assume it was a family due to being breeding season in Australia at the time. It was one of the worst things i'd ever seen. We were all completely devastated but we knew we'd eventually get more once we got a new fox proof cage installed in the new year. But that was still a while away. However I had asked for Christmas if I could get some newborn chicks. I'd vowed after last time to never do it again as it drove me batty but they did grow up beautifully to the age they made it to. They would have been beautiful as adults too

But after everything I felt like I really wanted to have another go.
So last week just before Christmas, we have a local market (my state has had no covid cases for months so we are more relaxed but still social distancing) and they had some lovely chicks. We planned on getting 4 but ended up with 5 babies and 2 silkies. Coincidentally they happened to come from the same lady who we got our original silkies from. Which makes me happy and sad. The black silkie reminds me of my old girls so much.

They're just past a week old and crazy. One is just massive compared to the others which is amazing to look at 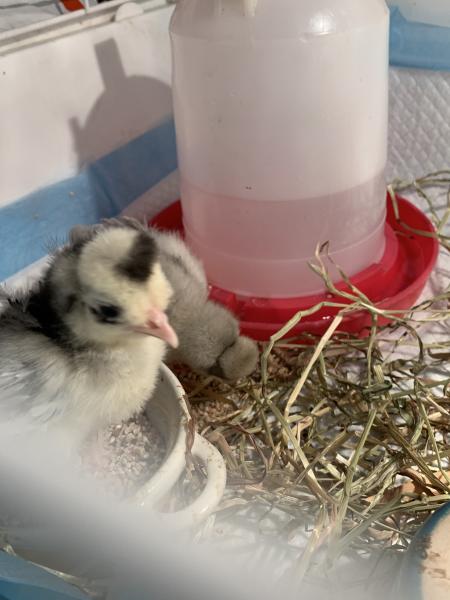 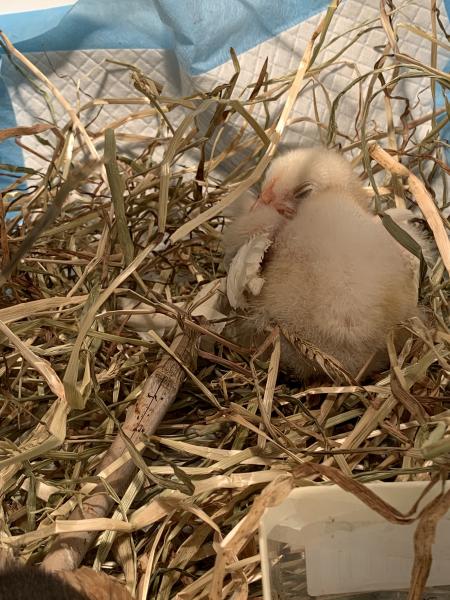 So this is Misha
Then the big one is Duckie 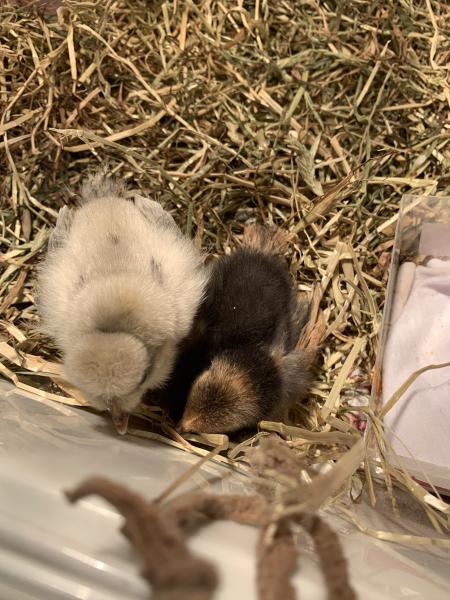 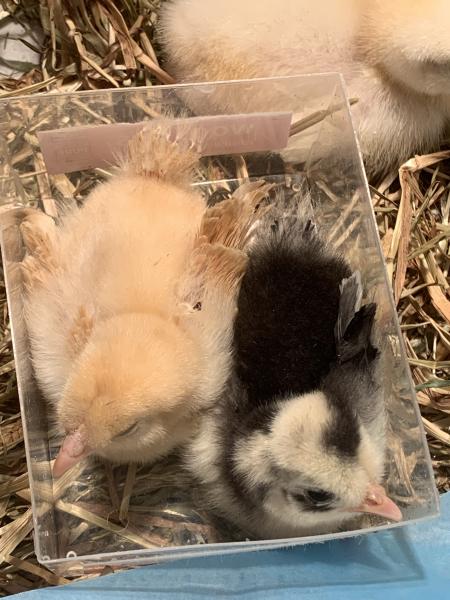 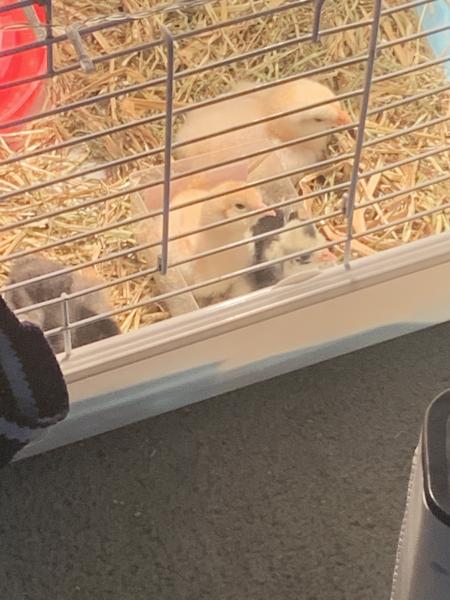 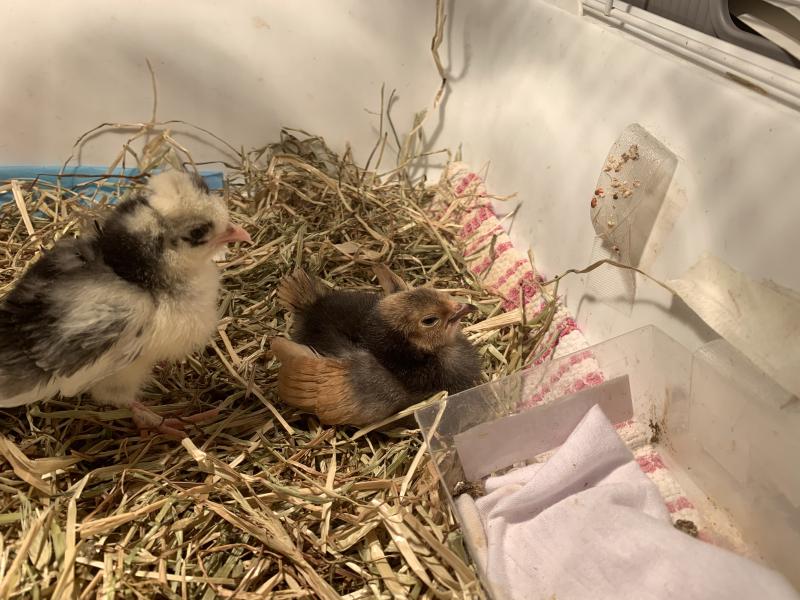 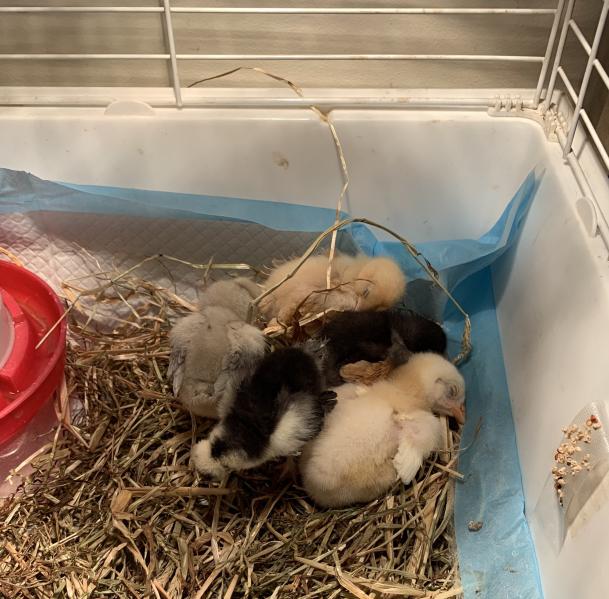 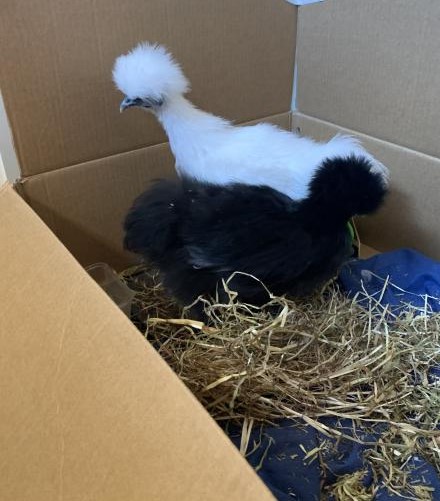 Heartbreaking that you lost your girls, but how wonderful that you were determined to try again. Your babies are charming! Best wishes for you and your flock!

So sorry about the losses, but congrats on a new flock (they're adorable).