Hi there
I have 2 questions.
We have just had 2 ducks hatch - 1 at 2:30am this morning and the other at noon today. It is now early evening. Is it safe to put the ducks in the brooder now or should we leave them be in the incubator? The incubator seems quite cramped. The first duck that hatched is pretty active when it sees us - but happily sleeping on his brother/sister's back. And the second one is still a bit weak.
When can they move to the brooder and when can we feed them or give them water?

Also the umbilical cord is still attached to the second duck. I lifted the incubator to remove the discarded egg because it was crowded in there but haven't really examined the duck. The other duck keeps pecking at him/her but seems like he's trying to get it off.

There was also a bit of yellow stuff that came out of the duck but it has stopped and wasn't much. They are both sleeping now and the newer ones seems still quite out of it - almost 7 hours later. Should I be worried?

Time to go in the brooder. Just make sure it's warm and water you offer them is room temp.

Personally I would move the first duck into the brooder. Put a mirror in there so he's not lonely. Leave the other one alone in the incubator until he appears more active and the yolk is gone.
A

Thank you!
They are both passed out asleep and curled up together right now so we are thinking we’ll keep them in the incubator tonight and first thing tomorrow we’ll put them in the brooder. We took the first one out initially but they both got so upset and now are sleeping happily curled up so hope leaving them for the night is ok. I’ll make sure they try to have a drink before I go to work. Should I leave out food while I’m out? I read they can go without food for 48 hours. Nervous that they won’t know how to eat - and know to drink with their food - if I don’t show them. Is that ridiculous?

are you using a chick waterer at first. You want to make sure they can’t climb into a bowl of water they could drown. Dip their bills before you leave for work they may drink but probably will be fine with out feed till you get home. I’d check the last ones belly to make sure the yolk is completely absorbed.
A

We are using what the farm gave us. I believe it’s a chick waterer. I’ll attach a photo now.

Hope they aren’t too crowded. When they are apart for a second they go straight back to lying on top of each other.

I think the yolk sac fell off completely. There’s no blood anywhere and the eggs are clean too. Just the umbilical cord that looks dry but still attached a bit. The other one keeps pecking at the younger one but it looks like he’s just trying to get him/her clean.

One other question - does anyone know what breed this is? The farm has saxony and Welsh harlequins that were laying but also have Pekins that they said weren’t laying eggs at the time. The kids are desperate to know if they are boys or girls.
Sorry for all the questions!!! 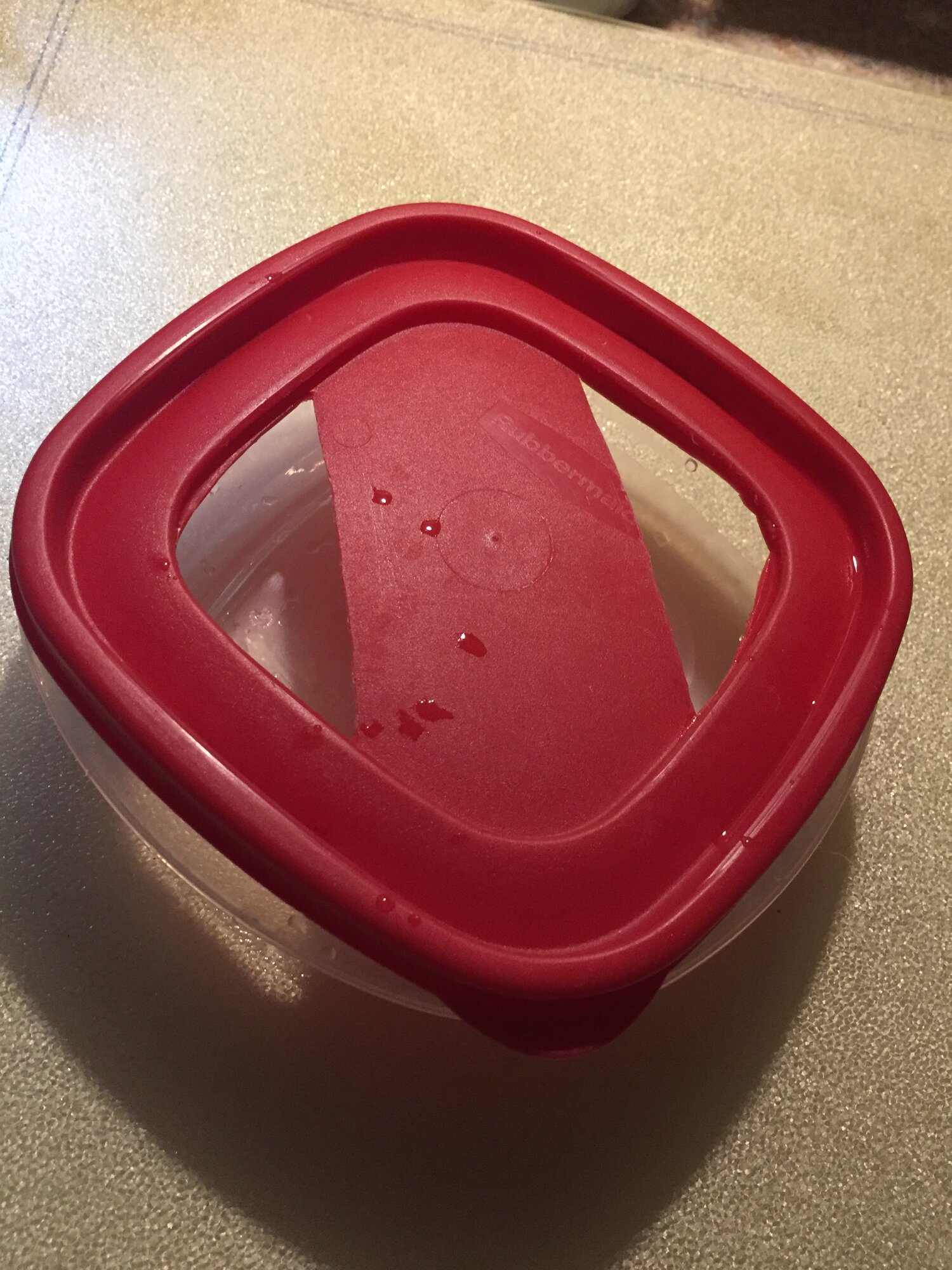 Possibly WH since I don’t see an eye stripe. That waterer will be fine first week then you’ll want to make something like this put it On a tray to keep the mess contained. Ducklings and ducks need to be able to dunk their heads to clean their nares an eyes especially when eating.They sure are adorable.