I purchased 12 R R chicks from southern states back in march 2020, all grown hens and 1 rooster, the haven't layed a egg yet. can I get some help here?

So they’re 8 months old? How are you housing them and what are you feeding them? Are they free ranged? Please post some pics of the pullets too. Some pullets do just take a little longer to mature, and given it’s getting later in the year shorter daylight hours could also prolong a pullets first eggs. 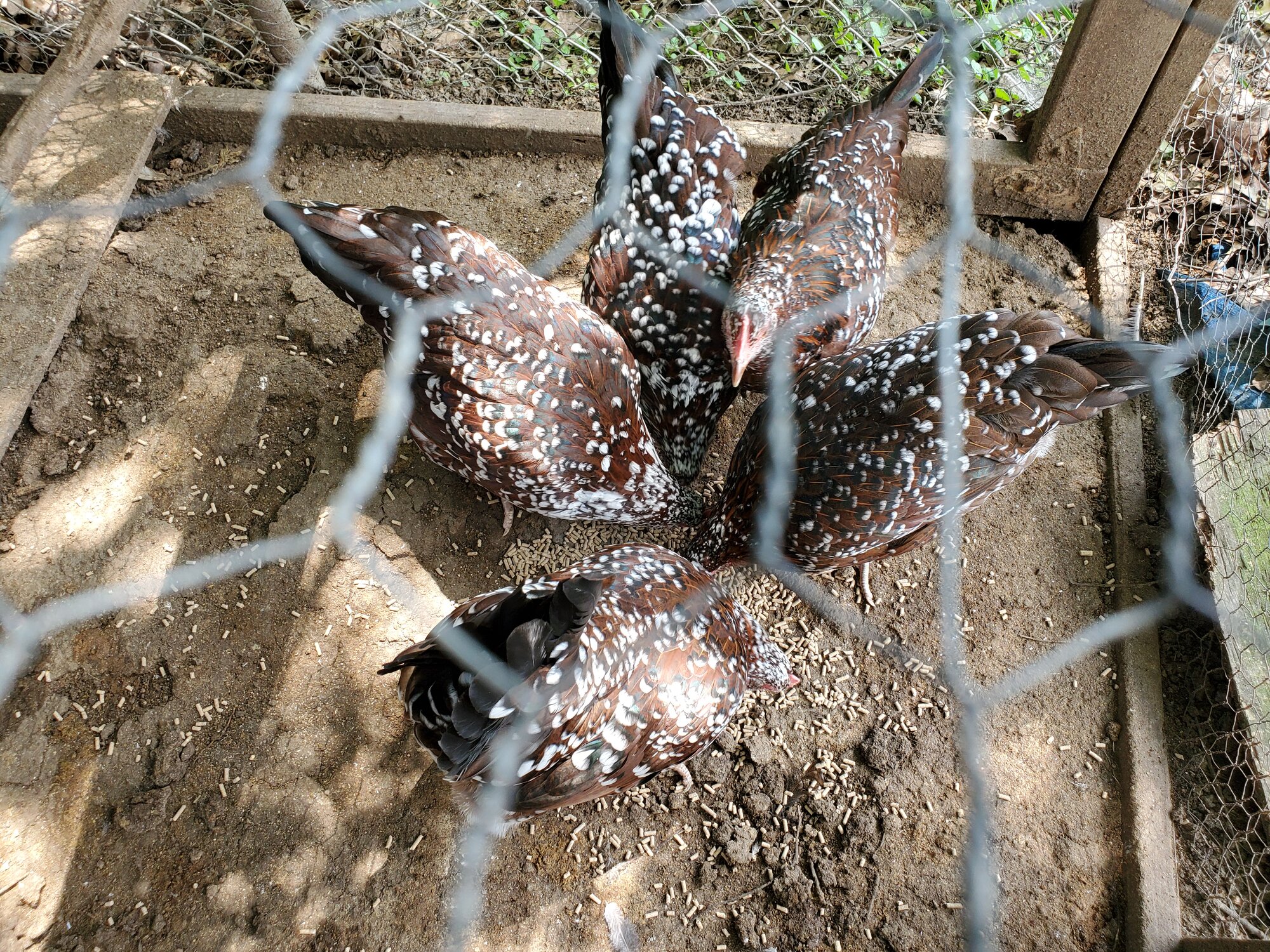 Those look like speckled Sussex, not RIR. Do they squat when you go near them, or for the rooster? What are they being fed?

Need to see their combs.

featheredplanets said:
what are you feeding them?
Click to expand...

duckiemum said:
What are they being fed?
Click to expand...

Not RIRs and from the 1 comb I see they are not ready to lay yet. Are you sure you have the dates correct?

🍂Eggs In The Basket🍂

it appears your girls are being fed their feed on the ground. “Feeding time”is something you can do, but buying a feeder is a better idea. That way they can access layer feed at all times of the day. They won’t take more food than they need.

Make sure along with that they are getting Oyster shell. They will need “free time”outside of the coop to, let them out to free-range once a day (supervised at first) So they can forage.

Chicken wire is a no-no! Chicken wire is wonderful at keepin your birds in, but predators will just laugh and break right through. You can leave the chicken wire on, and cover it with hardwire cloth for safety.

Combs Combs Combs! Those birds look the size of 8 month old pullets, but those combs disagree. I don’t doubt their age, I don’t think it would be easy to forget what month you bought them, so I would think you are probably right. But those combs! They should have been laying back in August-September-Early October. What concerns me is seeing those combs which indicate they clearly aren’t laying. Speckled Sussex have nice single combs (like seen in my baby, Joy, in my avatar, and also in the picture I attached) often large with a healthy bright red color. (combs do change color and shrink depending on the birds condition) what I’m seeing in your girls is what I would see in birds who are either, not laying, sick, molting (not possible for them since they are only 8 months) or not yet POL. Your girls should really have started laying a couple months ago. I’m concerned that their bodies are not able to commence with egg production, because the amount of feed they get is limited, and they may not have enough protein or calcium in their diet. Assuming that because there hasn’t been an egg yet, you haven’t switched them to layer feed, which you need to do. You also need to buy a feeder and give them access to the feed at all times. Set out oystershell to boost the shells of your chickens eggs.

The clear possibility that they just aren’t old enough might be what’s holding them back. However, I’m just unsure why their combs are sill not yet growing or turning as they should. If they go past 40 weeks without laying, I would probably start looking into further issues. 40 weeks isn’t a surprise for some breeds, but looking at Speckled Sussex, you should expect eggs between 25-35 weeks. Not really any later, although it can happen.

Let us know if they did end up laying. I’d like to hear an update 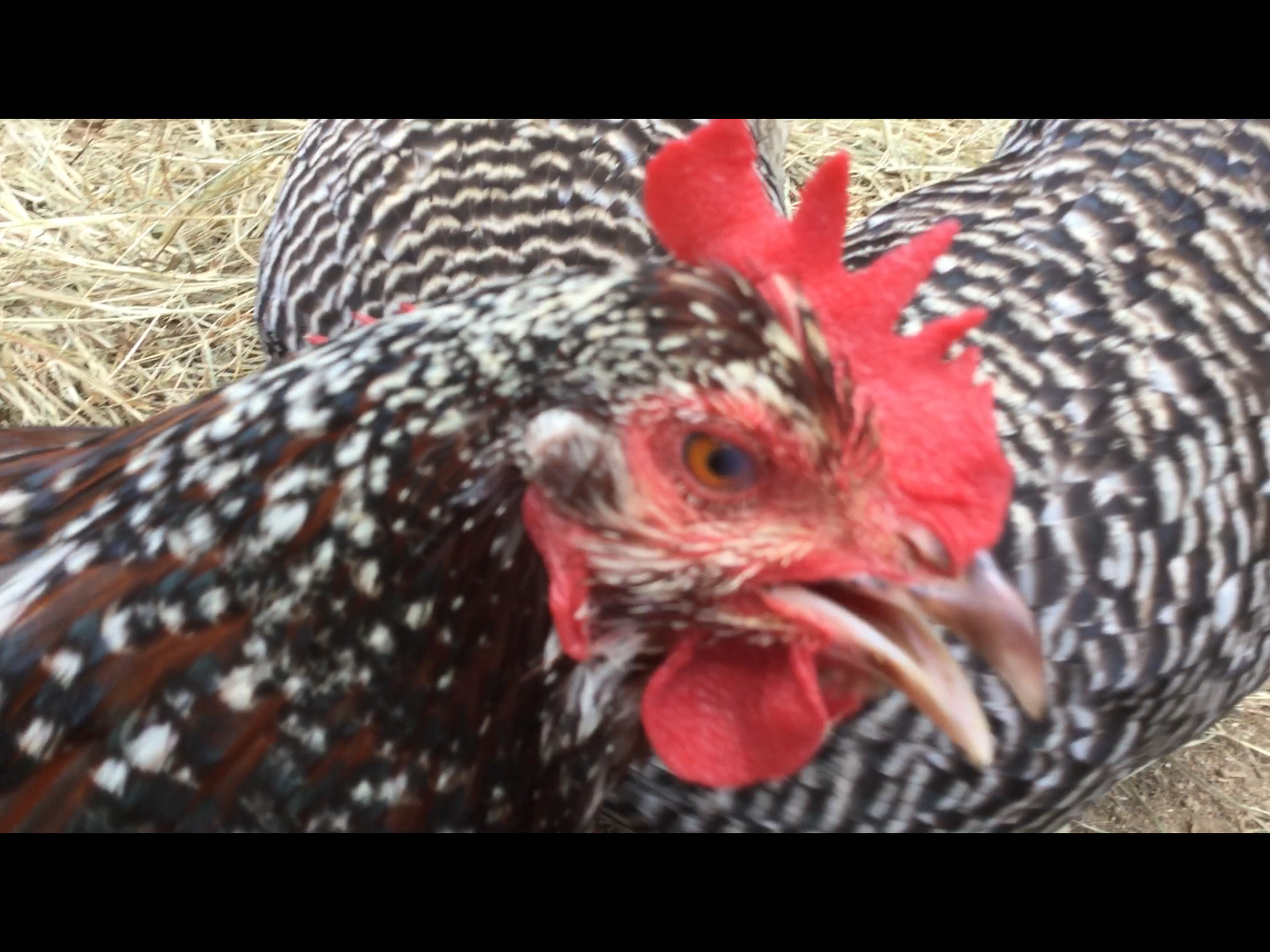 Here’s Joys comb. She started laying at about 28 weeks. (She’s 3 now) I’m attach in this as an example for a normal Comb size and color for a Laying Speckled Sussex. Comb appearance fluctuates between individuals, but it pretty much always follows closely to the expectation that the breed advertises.
You must log in or register to reply here.
Share:
Reddit Pinterest Tumblr WhatsApp Email Link