Out of my flock of 7, 6 are not laying. 4 buff orpingtons are ~4 - 6years old. One may never have laid (half of my flock are rescues) 1 red star maybe 2 yrs old. 1 speckled Sussex 5-6 months old. 1 Easter egger 5-6 months old. The Easter egger lays nearly every day. Most of the orpingtons are molting, so I understand no eggs. But they stopped laying a couple months before molting started! I thought possibly it was due to the heat — we had a hot & humid summer, but once cooler weather returned, before molting set in, still no eggs. The red star… I don’t know for sure if she ever has laid. I THINK she has. She stopped in the spring right after her red star sister was killed by a fox. She’s laid a couple of soft shelled eggs (I think that’s her) and possibly 2 tiny lash eggs (again, possibly her, but could be the baby speckled Sussex), but no actual eggs since spring. I believe the speckled Sussex has only ever laid 2 or 3 eggs total. But then her speckled Sussex sister was also killed by a fox and she stopped laying! It’s been 6 days since her last potential egg (that one *could* have been from her now-deceased sister). Is it possible she just is still getting used to laying, and a week off break is normal for a new layer?

everyone looks fine, is acting normally, eating/drinking well. I have supplemental calcium, I offer mealworms, organic scratch grains, and sunflower seeds daily. They all eat Purina organic layer feed. They have a large grassy fenced yard, and free range on more land when I’m outside (we have a lot of predators), an enclosed run for when we’re away from home, and a coop meant for 8 chickens (has 3 roost bars and 4 next boxes of which they all only ever use one haha).

The egg stoppage roughly corresponded with the introduction of my 3 pullets to the existing flock — but the transition was gradual and generally went well. They’ve been living together since early June so I can’t believe that’s still the cause of no eggs. I added an extra roost bar to the coop so while there are occasional squabbles they’re mostly okay and there’s no real bullying going on consistently during the day.
Any other ideas?

Is psychological trauma (from the two fox attacks) potentially a cause?
These girls are primarily our pets, so this isn’t a concern financially, but the eggs are a nice bonus.

and if there’s something I can do to help them be happier, I’m all for it! 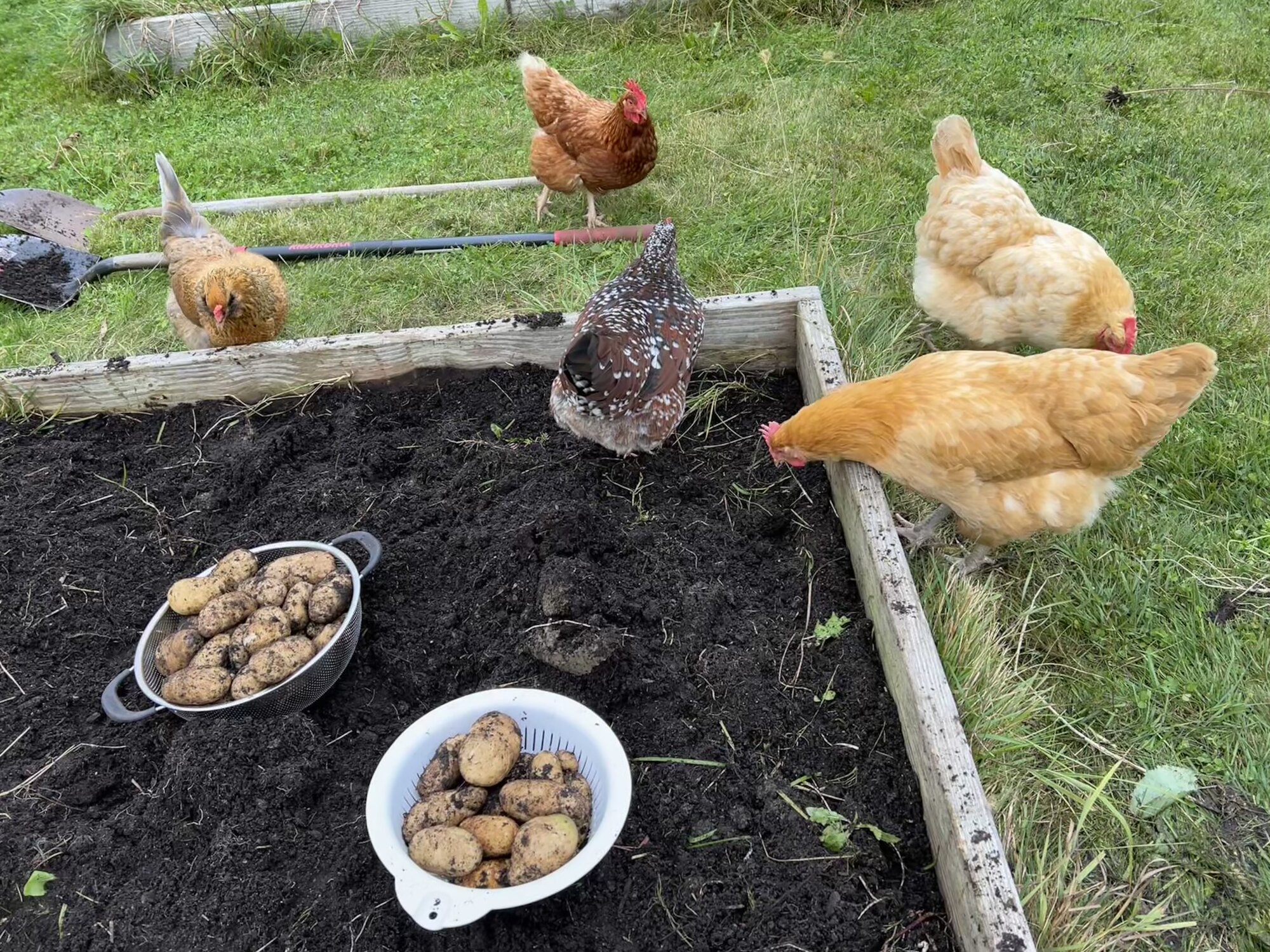 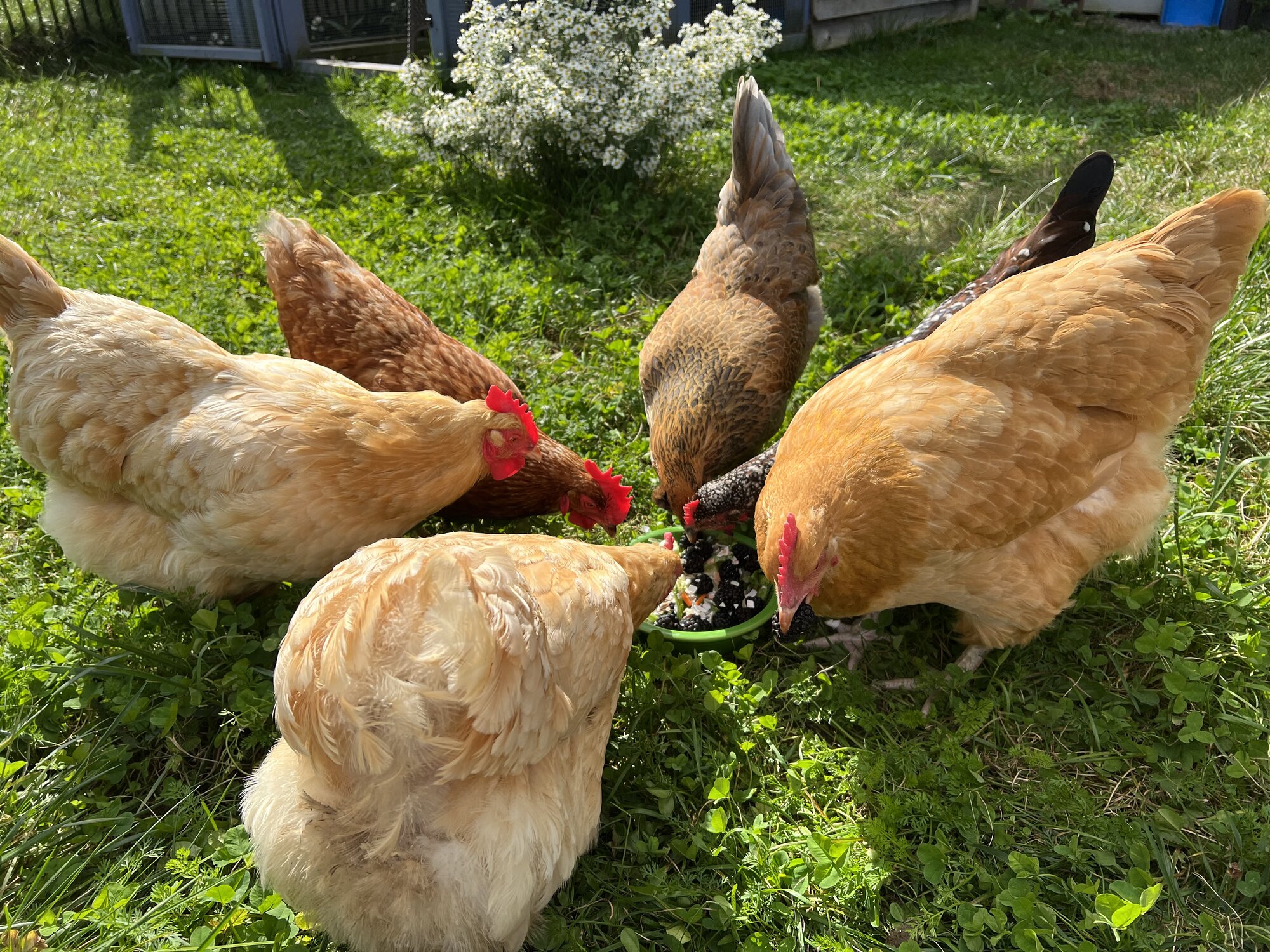 above are pics from yesterday and a few days ago.

With such an old flock, I think almost no eggs is normal.
Other than age, I'm not sure why they stopped.

My hens stopped laying a month and half before they went into molting. There slowly molting, so I won't see any eggs for a long while. But I do have 4 pullets I've hatched from the parents. So I'll get eggs though the winter.

All4Eggz said:
With such an old flock, I think almost no eggs is normal.
Other than age, I'm not sure why they stopped.
Click to expand...

I guess I didn’t really understand 5 yrs is old! Ha! Still, 3 girls are definitely under that, and 2 of those 3 aren’t laying and aren’t molting…

Usually after 3 or so all bets are off for if/when they will lay.

Yes.. 5 years is pretty old for a chicken - About half of their lifespan (with good living conditions).

Agreed that the older ones not laying is pretty expected. Some older hens continue laying fairly regularly, others stop completely, and others fall somewhere in between... less frequent eggs, and a shorter laying season.

My older birds (5 yrs old) that still lay, tend to call it quits around July or so. And they don't start up until later in spring, so they're laying only 3-4 months each year.

Some birds moult in an obvious way, others lose a few feathers at a time for months. The duration of light is the main issue at this time of year, you need 14-16 hours of daylight. Stress of any kind can affect laying, so predators sniffing around at night can be enough, plus, moulting, plus lack of light = very infrequent laying. They look plenty healthy, but I'd give them all a thorough look over from head to toe. And set up some motion sensor light to deter any potential night predators.

26 weeks not laying yet?